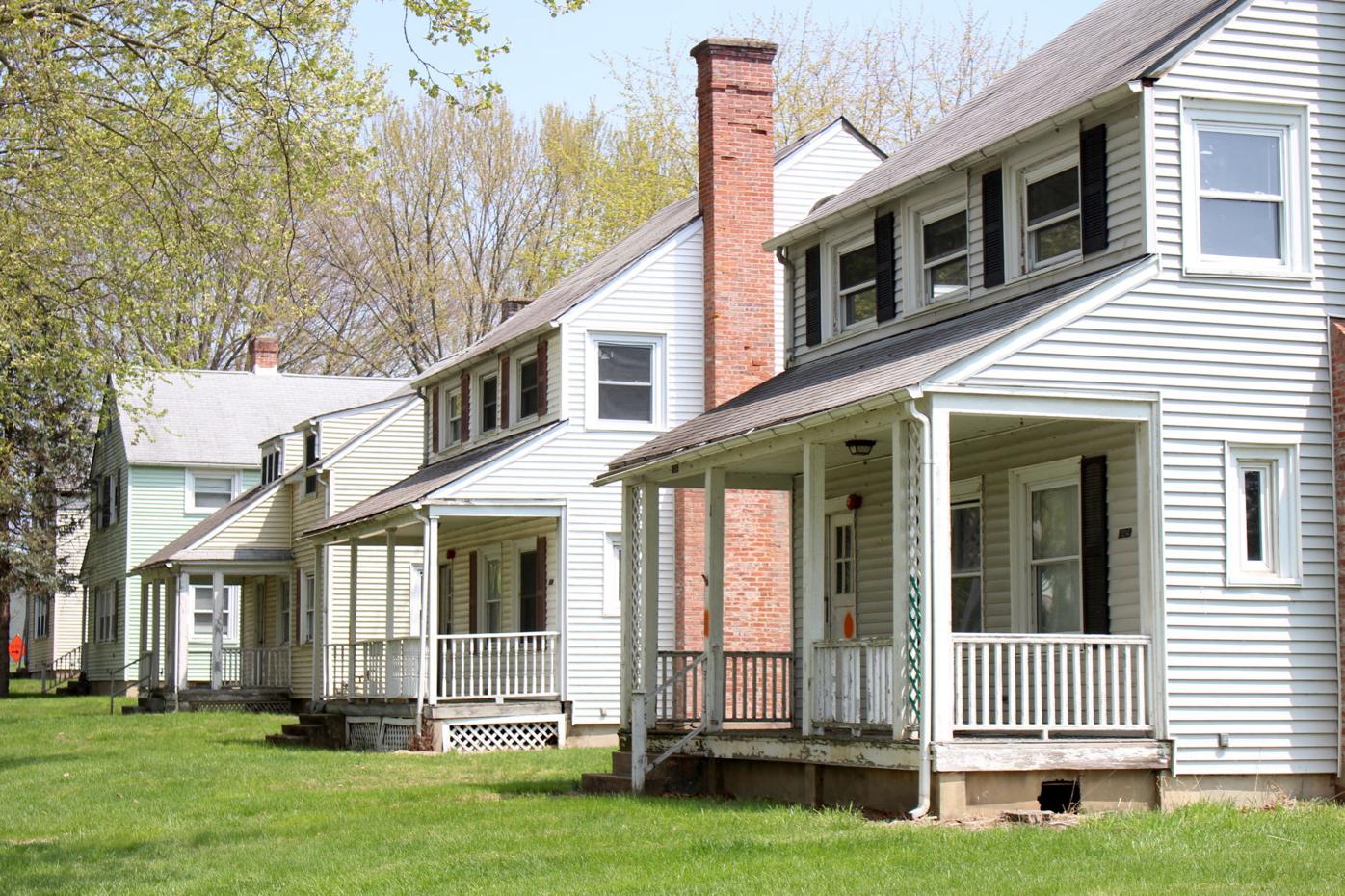 These homes on the Perry Point VA Medical Center campus will be occupied by formerly homeless veterans by next spring under a new plan. 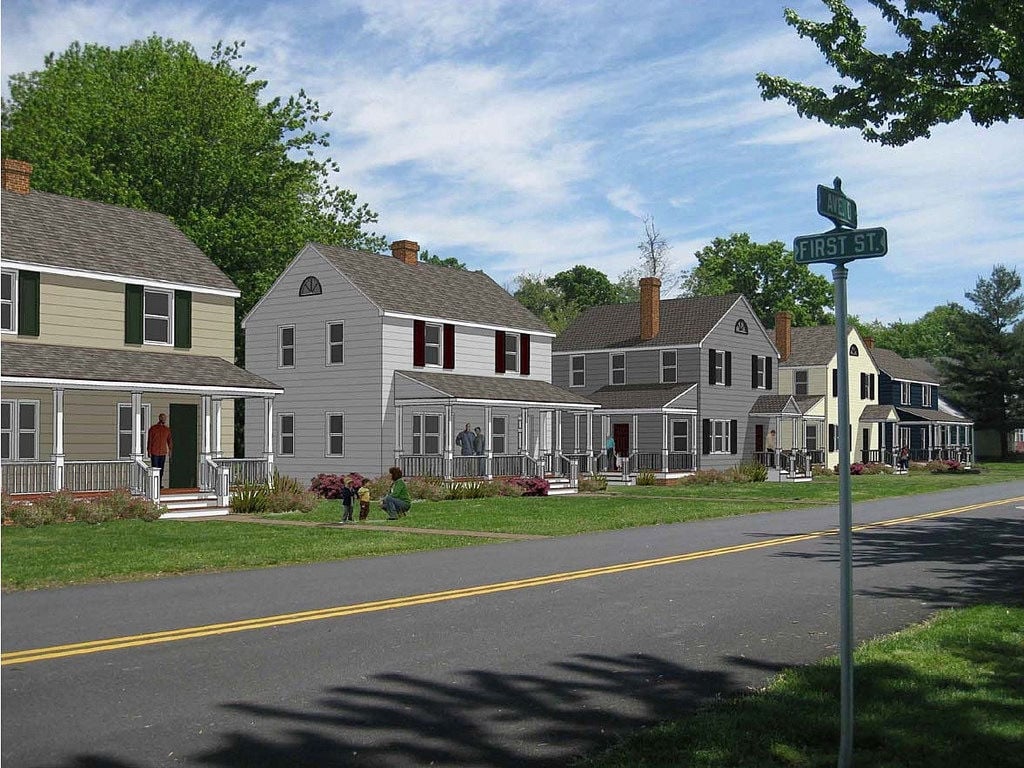 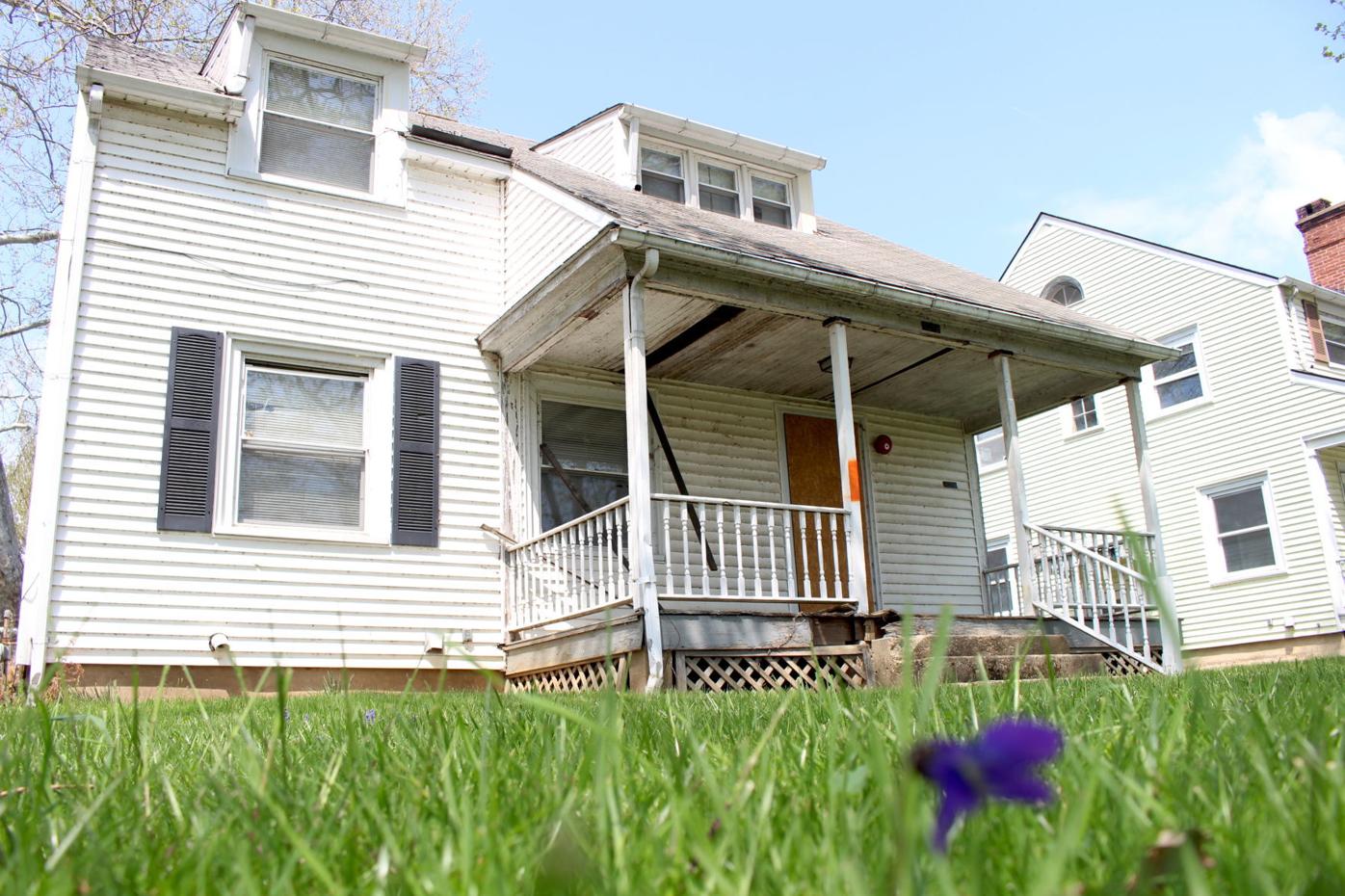 The Village will be reconstructed into single and multi-unit homes that will house previously homeless veterans. 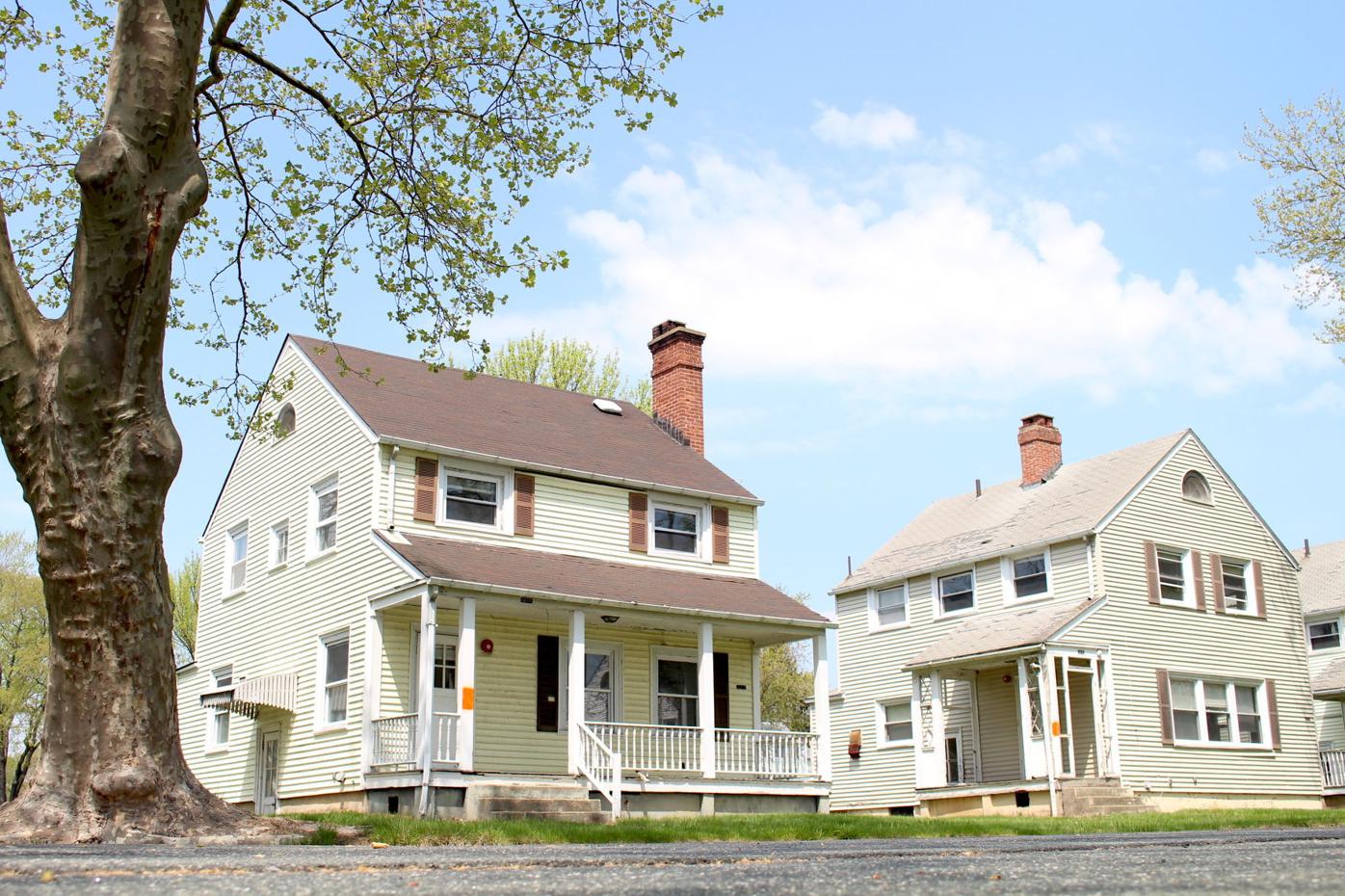 Perry Point's The Village once housed workers at the World War I munitions plant and served as its own community for generations. It has remained in disrepair for decades though. 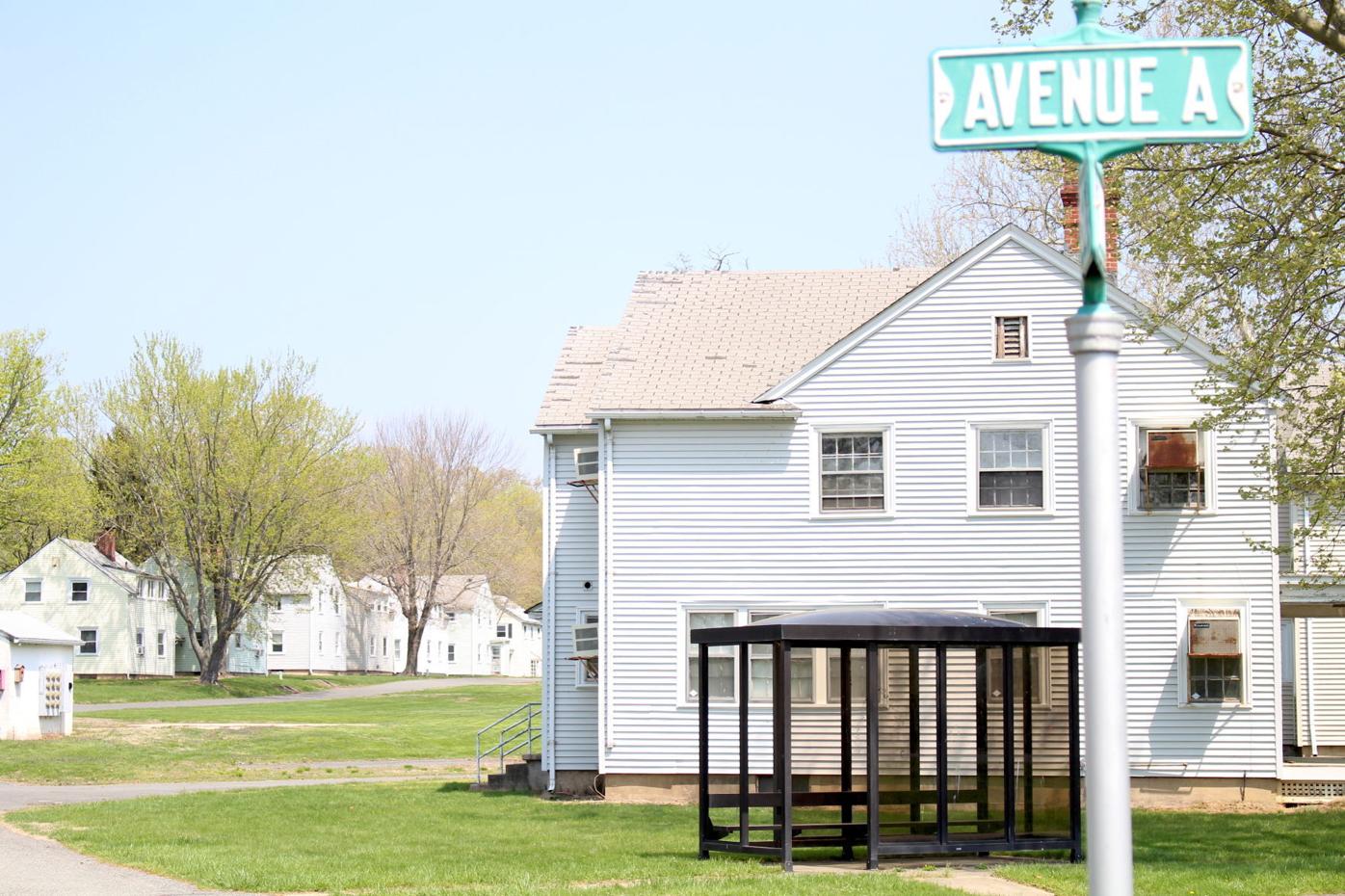 VA officials expect Gov. Larry Hogan to be in attendance at the May groundbreaking for the HELP Veterans Village project. 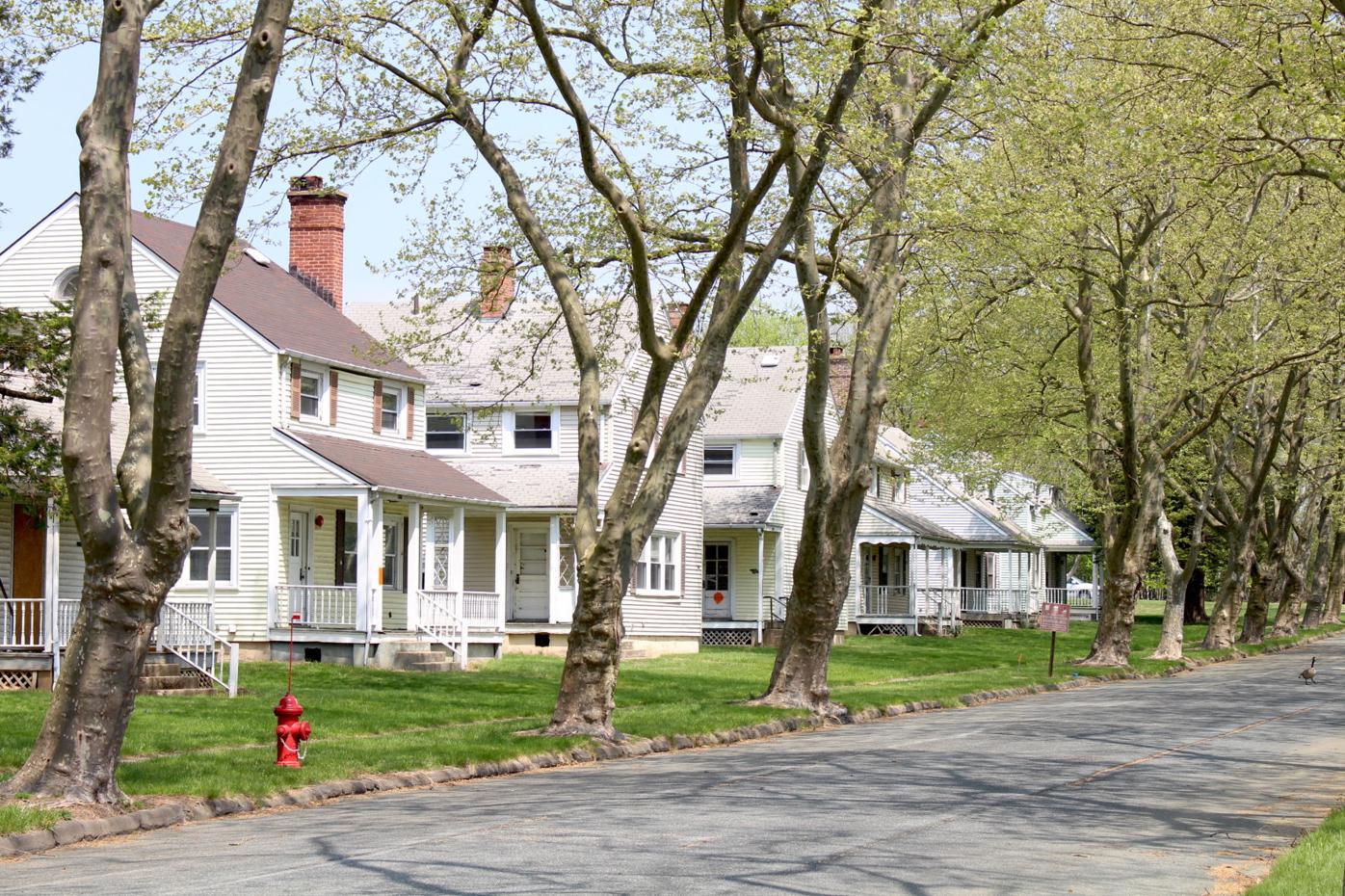 More than 40 former residential homes are being targeted in the project led by HELP USA set to get underway in May.

These homes on the Perry Point VA Medical Center campus will be occupied by formerly homeless veterans by next spring under a new plan.

The Village will be reconstructed into single and multi-unit homes that will house previously homeless veterans.

Perry Point's The Village once housed workers at the World War I munitions plant and served as its own community for generations. It has remained in disrepair for decades though.

VA officials expect Gov. Larry Hogan to be in attendance at the May groundbreaking for the HELP Veterans Village project.

More than 40 former residential homes are being targeted in the project led by HELP USA set to get underway in May.

PERRY POINT — It was the first day that then-newly-elected Delegate Kevin Hornberger (R-Cecil) went to his new office in Annapolis in 2014 that he picked up the phone to call acting Maryland Housing and Community Development Secretary Ken Holt.

“I told him right away, ‘This Perry Point project has to happen and it’s at risk of falling through,’” Hornberger recalled Thursday. “He really embraced it, and it’s taken us from day one of being elected to get to this point.”

So when officials finally break ground on a rehabilitation project that will provide housing for dozens of homeless or at-risk veterans at Perry Point VA Medical Center next month, it will mark the culmination of more than a decade of work by the U.S. Department of Veterans Affairs and its partnered developer, HELP USA, as well as years of shepherding from Hornberger and Gov. Larry Hogan’s administration.

By the time Hogan and Hornberger took office in January 2014, it had been nearly five years since the project was announced by the VA, but disagreements with locals over its scope and purpose threatened to derail it. Cecil County and Perryville officials questioned plans to open the planned housing to non-veterans in need as well as whether resources needed by those veterans would be nearby.

While the VA first discussed constructing 100 new living units near the MARC railroad line in July 2009, opposition to the project resulted in a new plan to rehabilitate 60 of 82 existing homes in The Village, a former residential neighborhood near the entrance of the nearly 100-year-old federal campus.

Now, the VA and HELP USA intend to reconstruct 33 Village homes and renovate nine more over the next 12 to 18 months, creating 75 units for veteran housing in a development called the HELP Veterans Village. It will also build a new management and support services building that will serve those in the Village housing.

VA officials anticipate breaking ground early in May, and expect Hogan to be in attendance to celebrate the start of the long-grounded project. Both VA and HELP USA officials declined to comment on the project’s restart, citing a pending formal announcement by the governor’s office.

For Hornberger though, this was a deeply personal project that he championed right away.

“I have deep ties to Perry Point — my family has worked there, I spent summers volunteering there and we even lived on the campus at one time when I was young,” he said. “We really took it to heart that all of those beautiful houses were sitting vacant when there were veterans who needed to be served.”

Perhaps most important to the project’s restart is that it will be 100 percent occupied by veterans on the HUD-Veterans Affairs Supportive Housing voucher program, according to Hornberger and other local officials involved in the project’s planning.

Hornberger credits the Hogan administration for changing the dynamic on the project in comparison to the former O’Malley administration, offering to invest in the overall construction. In fact, HELP USA received a $2.5 million Maryland Department of Housing and Community Development bond-funded loan in October 2016 to help finance the $21 million project.

“In my opinion, before Hogan’s election, the state was not a good partner in this effort,” Hornberger said. “They were treating this as a federal endeavor and didn’t give it much interest.”

“For us as a state though, this is a safe investment because we’d rather parlay our funds into a project where we’re guaranteed payment from the federal government,” he added.

The process that led to next month’s groundbreaking started all the way back in 2005, when Perryville Mayor Jim Eberhardt served on a VA federal enhanced use lease (EUL) committee that discussed the viability of such projects at Perry Point. He laughed when asked to recall how those early discussions played out.

“We were tasked with making recommendations for how the VA could make income on unused properties, and the idea we specified was development for organizations that might ‘complement the VA,’” he recalled. “There was discussion of a Wounded Warriors-type program or a prosthetics research program, but it wasn’t ever transitional housing.”

So Eberhardt was naturally a bit surprised when the Maryland VA published an “expressions of interest” notice for nonprofit developers seeking to partner on building up to 100 new units at Perry Point a few years later. After locals raised objections that they weren’t involved in more detailed discussions on the project, the VA agreed to slow the project’s timeline.

For a year, officials with the VA, county and town of Perryville discussed new visions for the project, which ended on roughly the version that will now break ground. The VA entered into an EUL with HELP USA, a New York-based nonprofit developer that has completed similar projects around the country, in November 2011. Under the terms of that agreement, HELP USA will finance, design, develop, construct, maintain and operate a Perry Point housing development.

After years of questioning some of the project’s facets, Eberhardt said this week that he’s more optimistic about the current plan for veterans-only housing at Perry Point, but he still has some concerns.

The town recently entered into a memorandum of understanding and a payment-in-lieu-of-taxes agreement with HELP USA in order to connect the new housing with town utility service, Eberhardt said. HELP USA has also indicated that it will fund an inflow and infiltration study on the aging infrastructure that serve the homes, which will hopefully identify any problems in the service system, he added.

Meanwhile, the VA has also indicated that it plans to increase staffing at its on-facility fire department to eventually take over full ambulance operations, Eberhardt said. The Perryville Volunteer Fire Company, Water Witch Fire Company in Port Deposit and Cecil County Department of Emergency Services have long bolstered the small Perry Point staff with ambulance and EMS teams responding to the federal facility for calls for service.

While CCDES will no longer have to send EMS teams to the far reaches of Perry Point, the Perryville Volunteer Fire Company faces a unique dilemma: while its calls for service will fall, its revenue will as well.

“Every time a Perryville ambulance is called, its services are reimbursed,” Eberhardt explained. “Without the calls for service at Perry Point, the fire company’s budget will get a little tighter.”

Eberhardt’s biggest outstanding concern, however, is simply the impact that a large population with needs will have on his small town.

“We don’t really know what the makeup of this community will be. Is it only single people? Or are there families with children? If so, the school system will have to get involved,” he said. “We understand that some will come with substance abuse issues, and we hope that the resources they’ll need will be close by. We’ll have to wait and see.”

While the VA is preparing this long-sought project, it has also left open the possibility of future expansion. A recently published environmental assessment on the project notes that a second phase of development could support renovation of 20 more Village homes to supply 20 more living units for veterans. VA officials emphasized that a second phase is not currently funded or planned, but was included in the environmental assessment to cut potential future costs.

Reflecting on the long road it took to get to next month’s groundbreaking, Eberhardt said he felt that the locals’ concerns were largely answered.

“I applaud the VA for what I believe are some really good changes that were probably made under some pressure,” he said. “Some of us were branded ‘anti-veteran’ for questioning this project initially, but what we really wanted to see was the program solely tend to veterans in need. I’m glad to see that’s what is happening.”

Hornberger too said he was glad to soon finally get to close the chapter on this lingering question.

“It saddens me that it’s taken this long to get to this point, because those are years that veterans were sleeping out in the cold,” he said. “But I think this is a huge win for our vets and the county as a whole.”

Summer 2005: A federal enhanced use lease committee, which included Perryville Mayor James Eberhardt discusses the viability of such projects at Perry Point

July 2009: VA publishes “expressions of interest” notice for nonprofit developers seeking to partner on building up to 100 new units

January 2011: VA issues third proposal to rehabilitate 60 of 82 existing homes in The Village

December 2012: AmeriCorps announces it is leaving Perry Point, freeing up more of the homes for veterans

July 2014: Despite a hiatus in development, HELP USA reasserts that its EUL is still good for up to 75 units.

I am the last Veteran of 2018 to move in on Halloween. Beung homeless I was so appreciative of the help I received. My home is by the Mansion. I have decorated outside and inside to show my appreciation. Thank you HELP USA and all involves. Sincerely, Toni Martin US Army