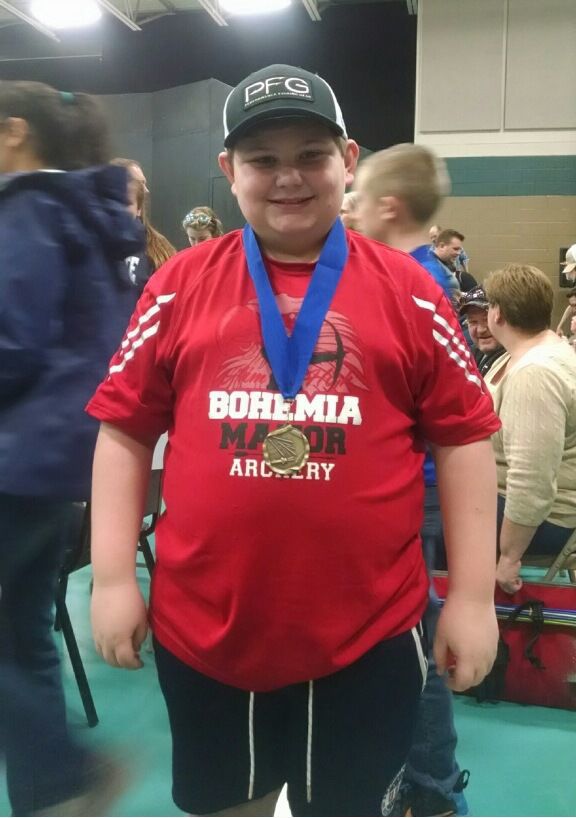 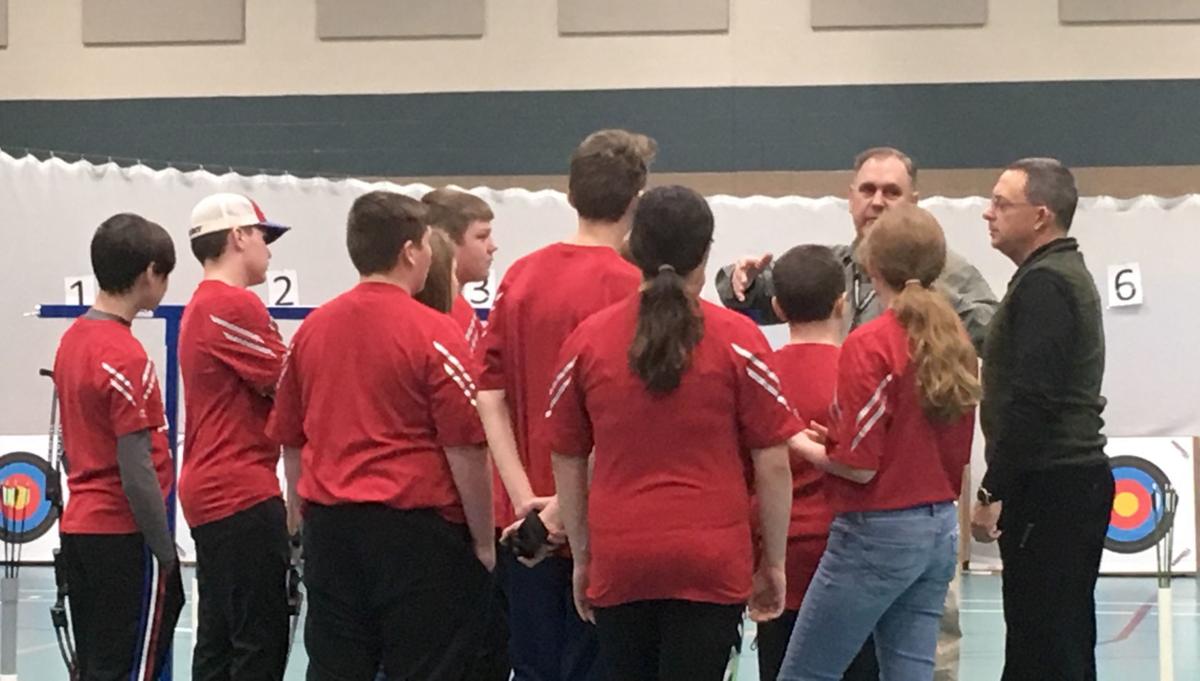 The Bohemia Manor archery team at a tournament last weekend.

The Bohemia Manor archery team at a tournament last weekend.

Only in its second year, the Bohemia Manor Middle School archery team is already finding a shocking level of success.

Aiden Woodie won the middle school boys’ tournament with 273 out of a possible 300 points. Armani Shampnois finished second in the girls’ competition, but was Bo Manor’s best shooter on the day with 277 points. Wyatt Short shot 259 to claim the high school boys’ category.

“It was a very good tournament,” Bo Manor coach Michael Smith said. “We travel around and we compete at a lot of tournaments where we’re shooting against state and national champs … My one boys (Woodie) won three tournaments, even at those better tournaments. I’ve got a really good team this year. This is the second year that we’ve had it and it’s been a great program. I qualified a kid for nationals last year. We went to Kentucky last year and shot at the national tournament. I’ll probably have a few that might qualify this year. I think we’re contenders for the state title this year.”

Shampnois finished a single point behind the winner in her tournament. Smith said they both shot “lights out.”

Smith, who teaches physical education and is a lifelong bowhunter, began the program at Bohemia Manor middle school last year. The National Archery in the Schools Program had hosted a clinic, which led to CCPS choosing to allow the sport in the district.

“They asked me if I would coach a team. I said yes, and then last year embarked on that. We found some success last year with a couple third-place finishes for trophies,” Smith said. “This year, this is no lie, the first day of school, I had archery kids asking me when we’re going to start. I said ‘Just bring your stuff tomorrow.’ We were able to to start our season early this year and we’ve done three or four tournaments already this year. I’m hoping that it takes off. I’m passionate about it.”

Last weekend’s tournament was a bullseye format, but Smith said Woodie is ranked nationally in 3D Archery. Bullseye involves of shooting at the standard flat target while 3D consists of shooting for three dimensional animal targets.

“We’ll shoot both at states. That gives them two opportunities to shoot and two opportunities to qualify for nationals,” Smith said. “It’s an awesome program. It’s a safe program. I’m hoping that it gets more popular in Cecil County. I’m the only team right now. There’s a couple club-level programs going on, but as for a full-fledged competitive team, I’m the only one right now.”

The archery team found immediate popularity. This year, it has over 30 members, which is actually down from the inaugural campaign.

“I had over 40. Some of them have dropped off a little bit when they got to high school,” Smith said. “I had some good shooters last year, and a couple of them didn’t come back because they got won over by the other sports. But I have some kids that I think are going to ride it out for their years in high school. I hope so.”