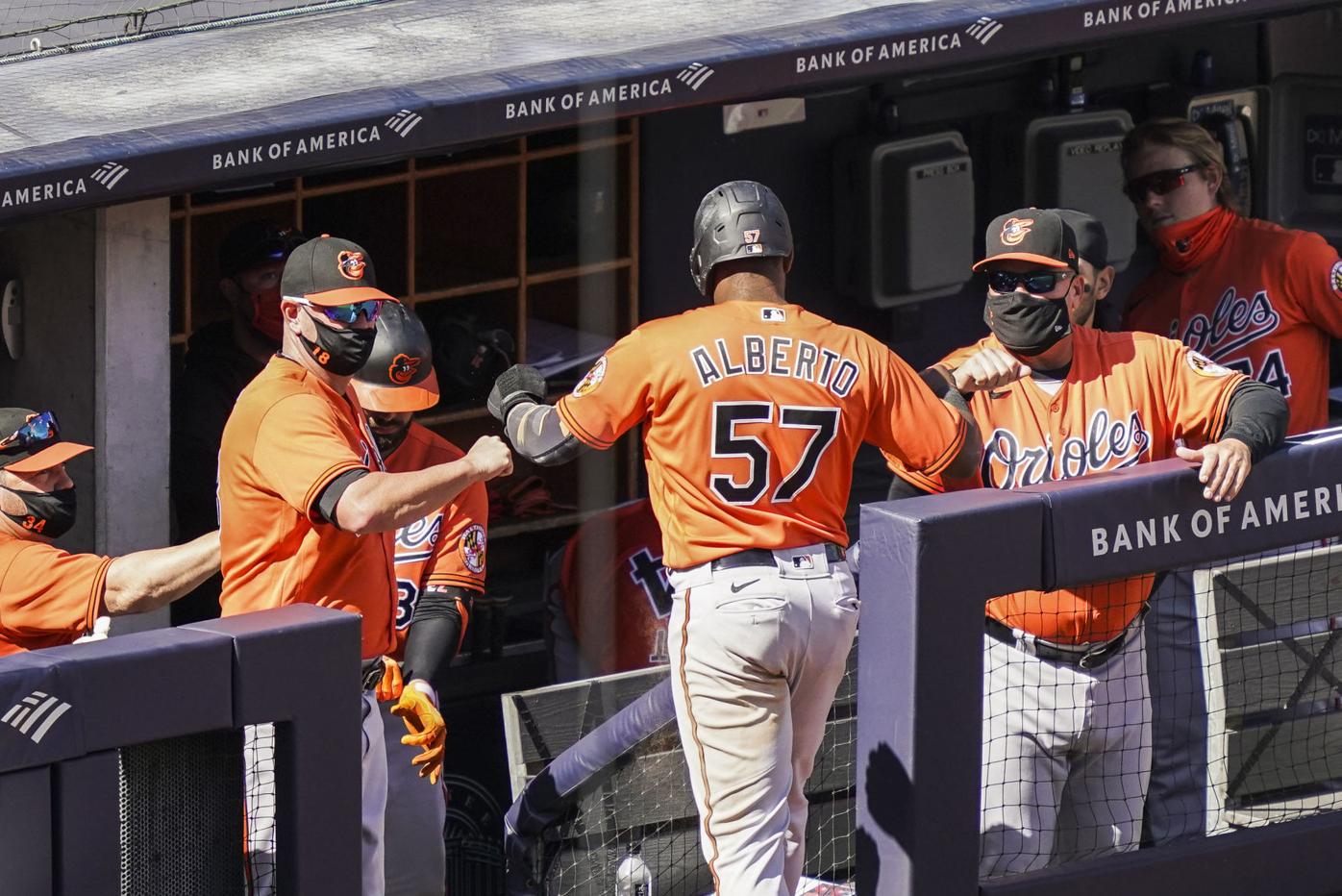 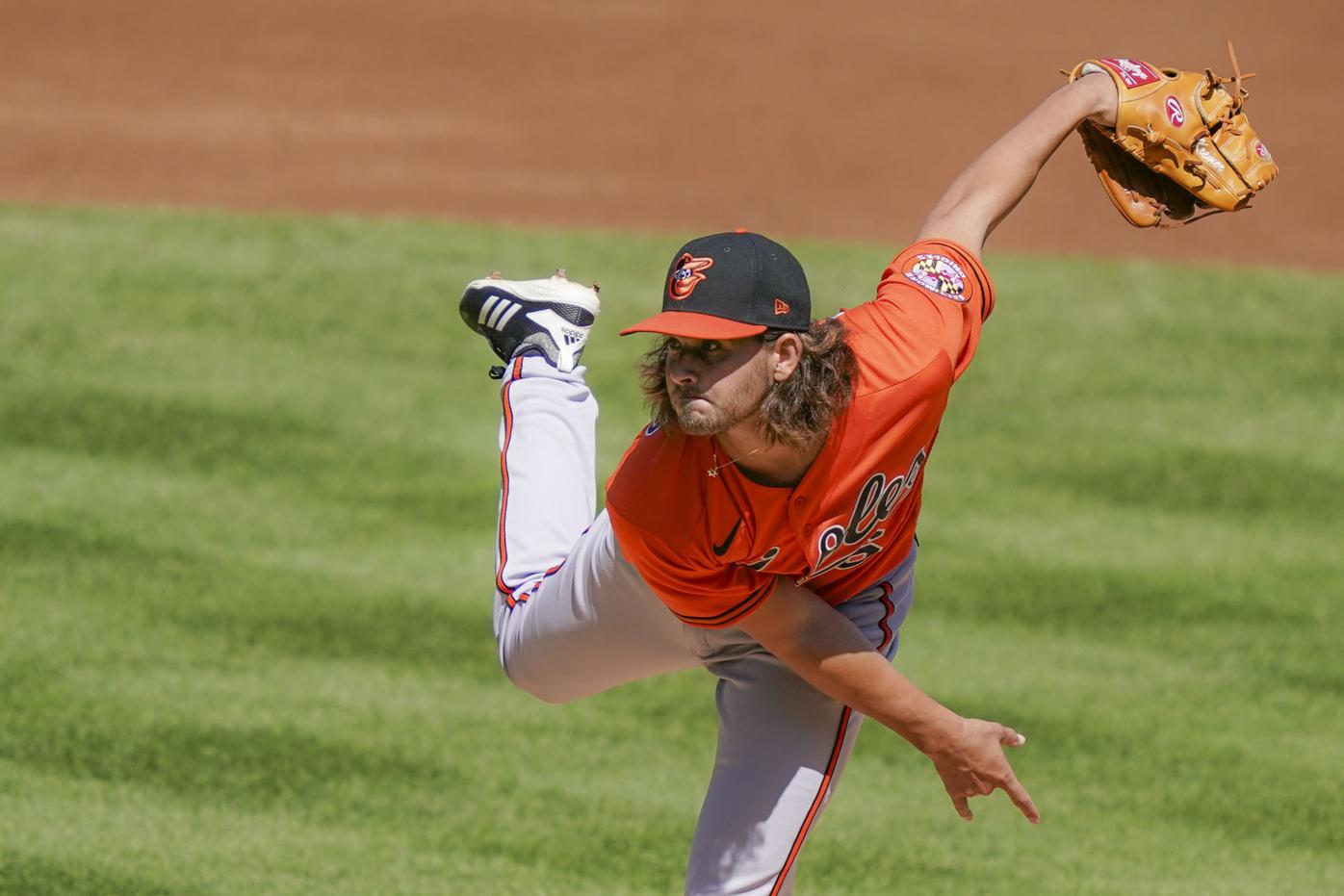 NEW YORK (AP) — Luke Voit hit a game-ending sacrifice fly leading off the 10th inning, and the New York Yankees beat Baltimore 2-1 Saturday to open a 4 1/2-game lead over the Orioles for the American League’s eighth and final playoff berth.

With DJ LeMahieu starting the inning as the automatic runner on second, Hunter Harvey (0-2) bounced a wild pitch that advanced LeMahieu. Baltimore brought the field in.

Voit, hitting in shadows, worked the count to 2-2, fouled off three pitches and hit a fly ball to center fielder Cedric Mullins for his 37th RBI. LeMahieu scored without a throw.

A day after sweeping a doubleheader from the Orioles, New York (25-21) won its fourth straight game and closed in on Toronto (24-20) for second place in the AL East. Trying to rebound from a 5-16 slump, the Yankees are on their longest winning streak since taking six in a row from Aug. 11-17.

New York won despite going 0 for 8 with runners in scoring position and making a season-high three errors, by left fielder Brett Gardner, LeMahieu at third and pitcher Jordan Montgomery.

Baltimore had a runner on third with one out in the 10th before Mullins lined to second baseman Tyler Wade with the infield in, and Hanser Alberto flied out.

Montgomery struck out a career-high nine, allowing three hits and an unearned run in 5 2/3 innings. Mongtomery got five swings and misses in the first inning, two more than during in his outing Monday against Toronto, when eight of 18 batters reached base against him.

Baltimore tied the score in the sixth after Alberto singled leading off and took second when Gardner bobbled the ball for an error. Alberto tagged up on a flyout and scored when, with the infield in, Ryan Mountcastle hit a pop to short right-center that glanced off the glove of second baseman Thairo Estrada for a single. Estrada backtracked for the ball rather than sprinting after it.

Orioles starter Dean Kremer allowed one run and four hits in five innings after beating the Yankees in his big league debut last weekend by giving up one run and one hit over six innings. A 24-year-old right-hander born in Stockton, California, Kremer has dual citizenship and pitched for Israel in the 2017 World Baseball Classic. He became the first Israeli to play in the major leagues.

With bushy hair protruding from the sides and back of his cap, Kremer kept the Yankees off balance with a mix of 29 fastballs at up to 95.8 mph, 27 curves, 24 sinkers and 19 cutters.

New York went ahead in the first when LeMahieu led off with his 200th double, a drive off the wall in left-center, and scored on Clint Frazier’s sacrifice fly.

Orioles: INF Dilson Herrera cleared waivers and was assigned outright to the alternate training site. OF Mason Williams was designated for assignment after Friday’s doubleheader.

Yankees: 3B Gio Urshela (right elbow bone spur) took batting practice, fielded grounders and is likely to be activated Tuesday, according to manager Aaron Boone. ... OFs Aaron Judge (strained right calf) and Giancarlo Stanton (strained left hamstring) were to head to Scranton this weekend and could be activated next weekend.