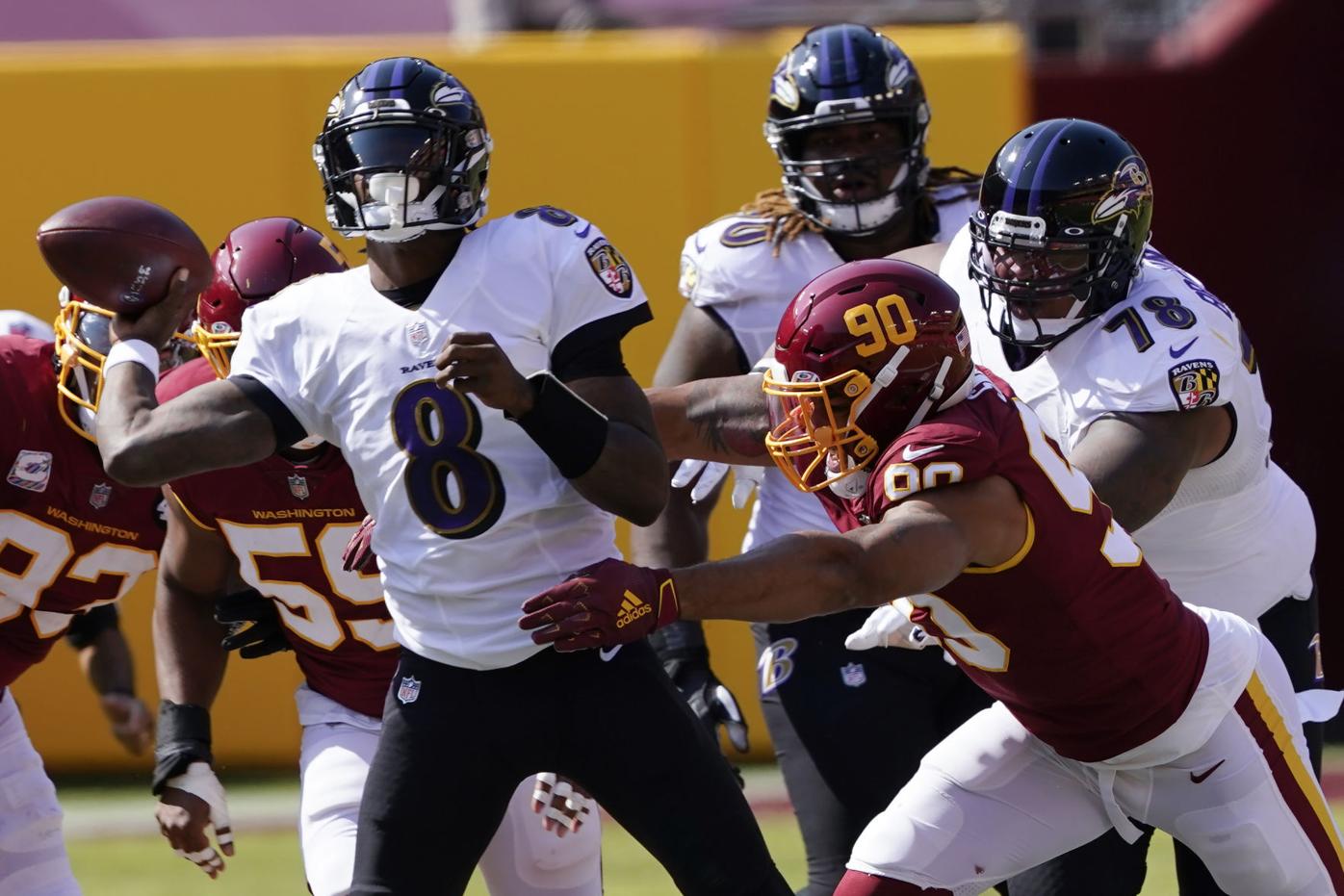 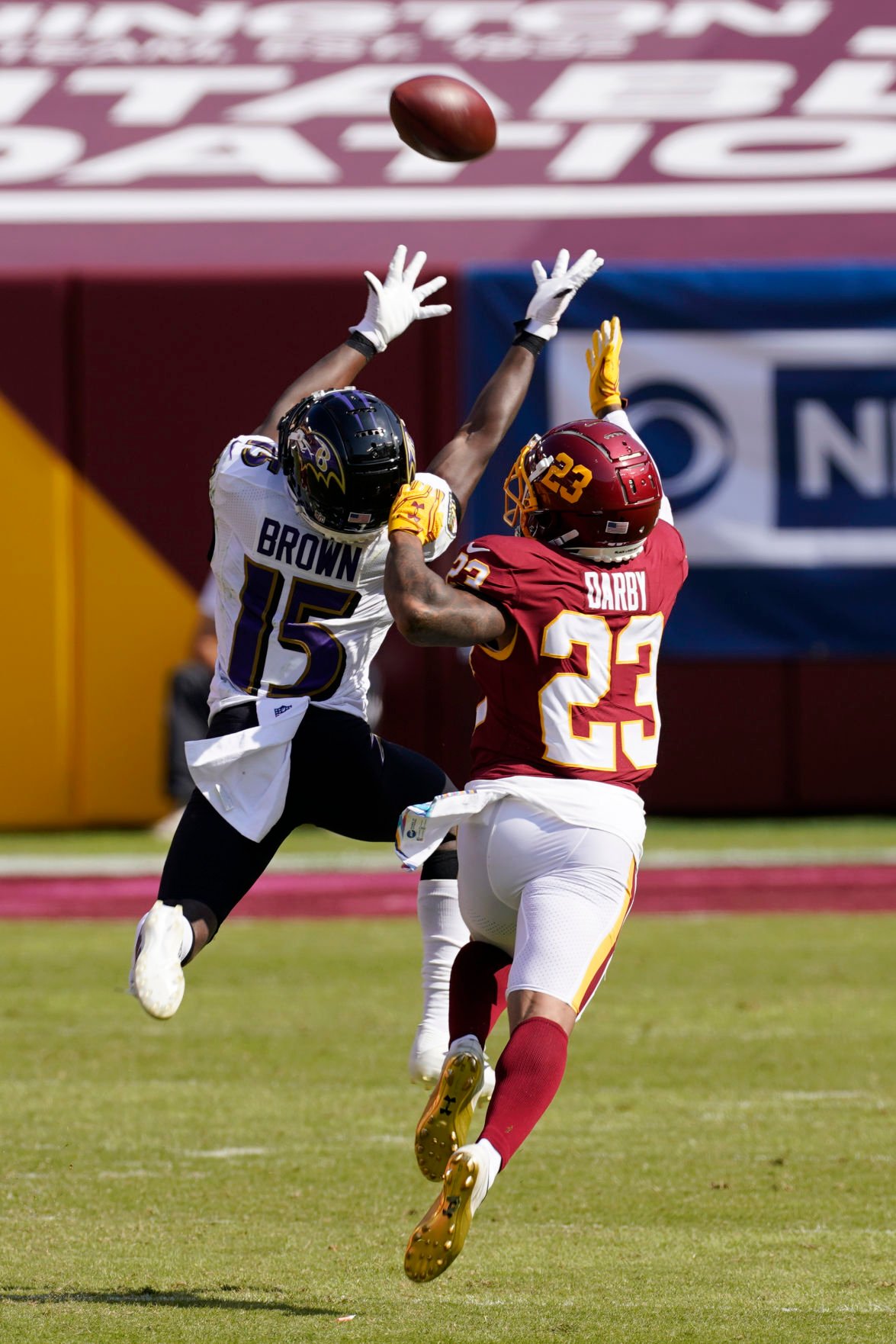 Lamar Jackson's longest run this season covered more yardage than his deepest completed pass, which goes a long way toward explaining the most notable flaw in Baltimore's offense over the first four games.

The Ravens rank 31st in passing yardage and have only one completion of at least 40 yards. Jackson has yet to have a 300-yard game, twice failed to reach the 200-yard mark and speedy wide receiver Marquise Brown is still without a touchdown.

It's a shortcoming the Ravens (3-1) can live with for now, because their running attack remains effective and they're averaging 30.5 points per game while on track to reach the postseason for the third year in a row. Also worth noting: Baltimore ranked 27th in passing last season while going 14-2.

That doesn't mean the passing attack isn't a cause for concern, especially because teams are keeping it tight at the line of scrimmage in an effort to keep Jackson from doing damage with his legs. Although Jackson peeled off a 50-yard touchdown run Sunday against Washington, he lamented several misses on deep throws.

"I'm not happy, because those passes, I would like to connect with my guys," Jackson said Wednesday in a video conference call. "I feel like there's a lot of yardage and touchdowns we've been leaving on the field when we don't connect. That's probably why our passing is not where it's supposed to be."

Jackson threw for 193 yards in the 31-17 win over Washington, a low figure that can be attributed in part to Baltimore relying on the run game while leading throughout. But one week earlier, Jackson could muster only 97 yards passing in a 34-20 loss to Kansas City.

The Ravens this Sunday host the Bengals (1-2-1) and rookie quarterback Joe Burrow, who's had three straight 300-yard games.

"We don't set 300 yards as the standard for success. That's not how we measure it," Baltimore coach John Harbaugh said.

Fair enough, because Jackson had only one 300-yard game last season on his way to being selected NFL MVP. But while the cumulative yardage through the air may not be important, there's no denying that a few long completions would help loosen up defenses intent upon stopping the run.

"It's only four games in. We're still learning, we're still building," Brown insisted. "When the opportunity presents itself, we've just got to hit. We hit on a couple passes, people won't be questioning us."

Brown has catches of 47, 33 and 31 yards. No one else has a reception of least 30 yards. Willie Snead, who scored five touchdowns last year — including a 50-yarder against Cleveland — has just 10 catches for 117 yards and one score.

"We've got to get Willie Snead the ball more because he's a big factor for us on offense," Jackson said.

Jackson is averaging 6 yards a carry and leads the team with 235 yards rushing. But he's averaging fewer than 8 yards per completion and is on pace to throw for 28 touchdowns compared to 36 in 2019.

So he intends to keep flinging the ball deep downfield to Brown until they get it right.

"It's still a work in progress," Jackson said. "We haven't been connecting on our deep passes, but we're going to get there. It's football. Sometimes it doesn't happen, but we can find other ways to succeed. We're going to keep going and get better at it."

NOTES: LT Ronnie Stanley (shoulder) and DT Derek Wolfe (elbow) returned to practice Wednesday after being inactive Sunday. ... The Ravens have thus far managed to avoid a COVID-19 outbreak, in part because they adhere to strict protocols at practice and appear to be avoiding risky behavior outside the facility. "Myself, I go home, so I'm good," Jackson said. "I feel like my guys do as well, so we've been fine here so far."