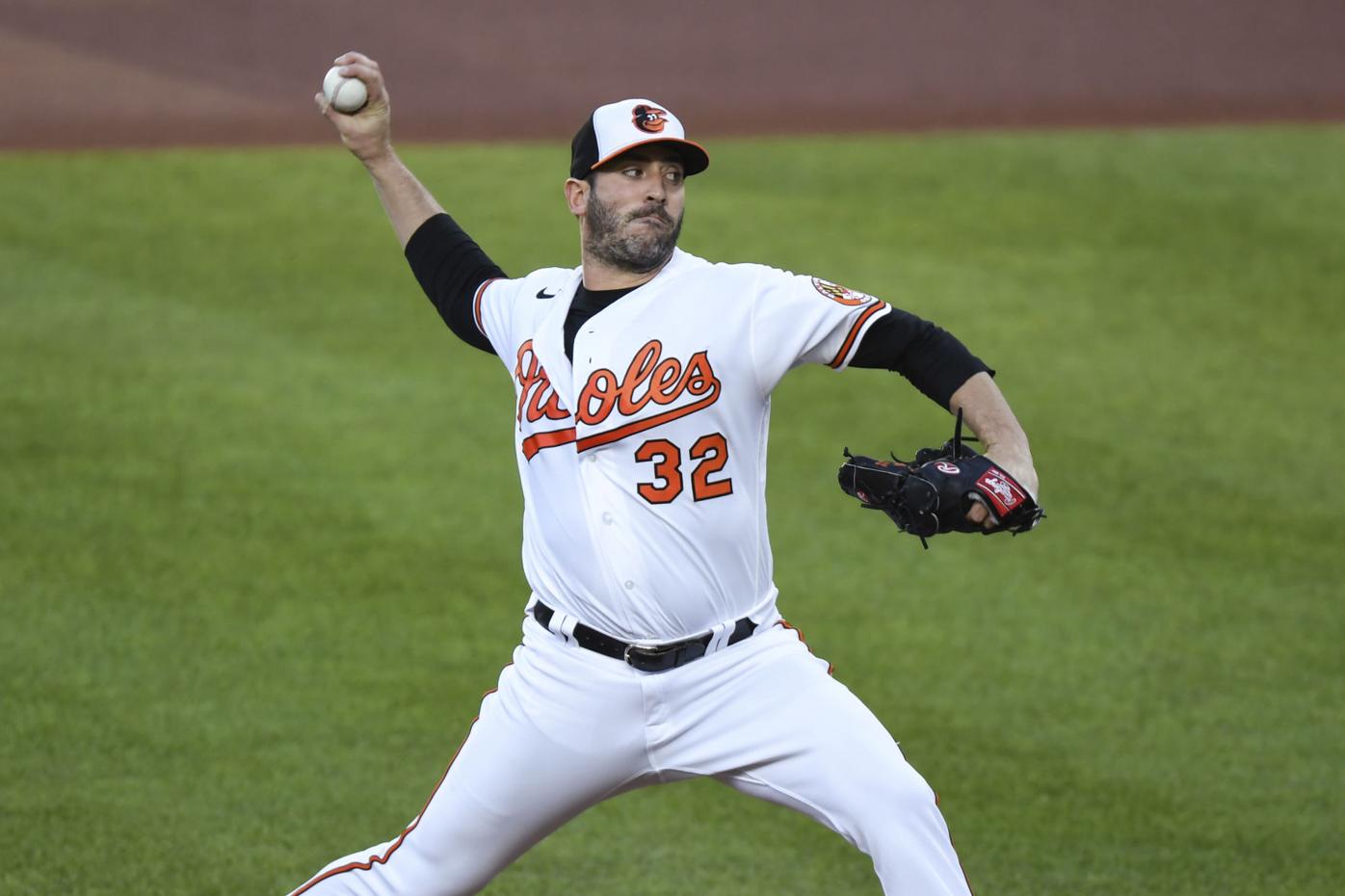 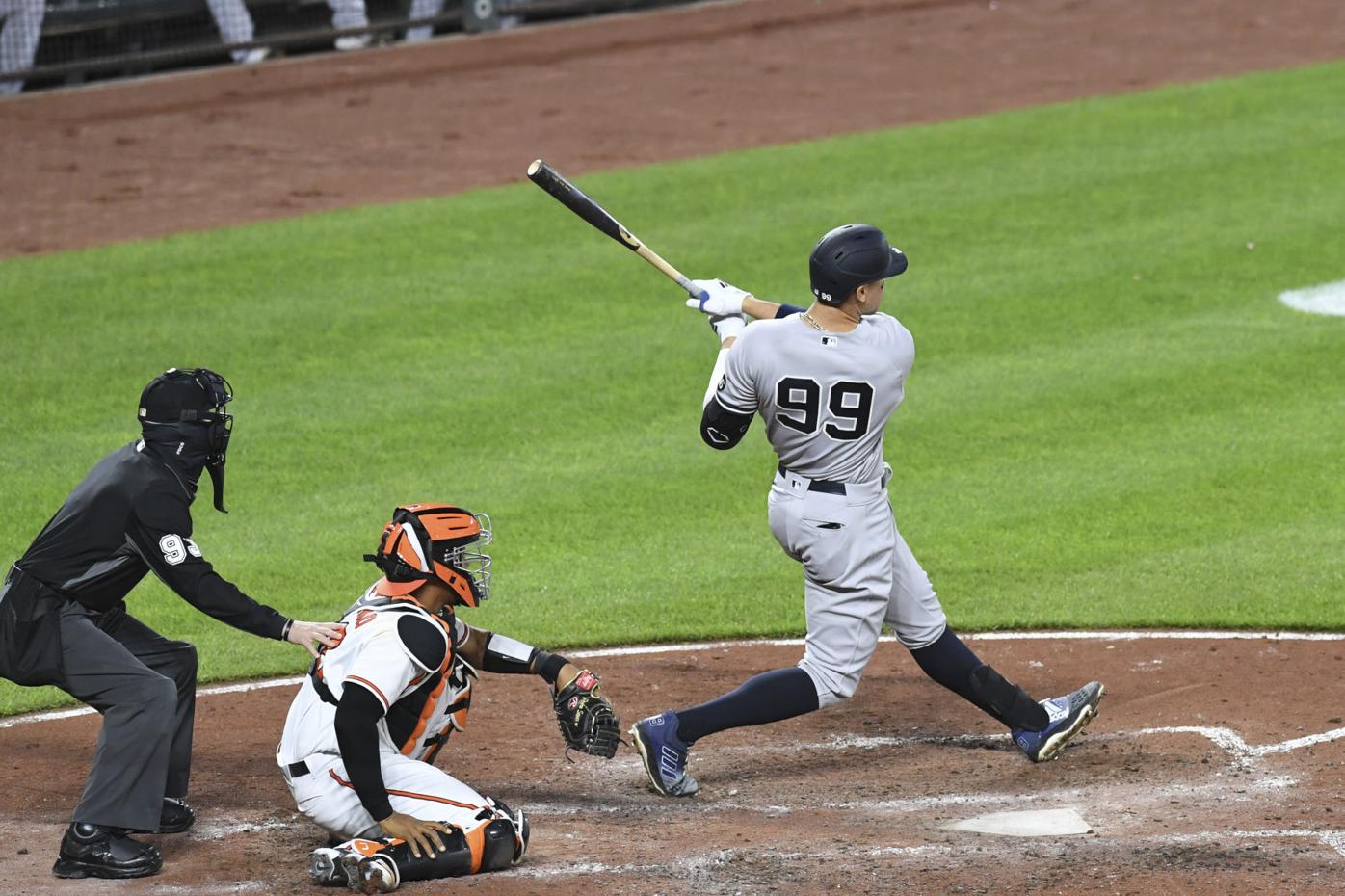 Baltimore moved one game ahead of the last-place Yankees in the AL East.

Harvey (2-1) won consecutive starts for the first time since winning four in a row with Cincinnati from June 21-July 13, 2018. He allowed one run and three hits, striking out five and walking three.

“It’s probably the best I felt in a couple of years,” Harvey said. “Just everything was working well. Mechanically, I felt good, felt strong throughout the whole outing. I was able to throw strikes when I needed to, guys made plays behind me and it was a good team effort.”

The Yankees pulled within 4-2 in the eighth on an RBI single by Gio Urshela. But on the play, Aaron Judge was thrown out at third before DJ LeMahieu touched home plate, and New York manager Aaron Boone was ejected for arguing not being able to review the play, and conceded after the game the call was correct.

“Very frustrating,” Boone said. “Obviously, I am going to challenge that at that point of the game all day long.”

César Valdez earned a four-out save for the Orioles, who improved to 4-13 at home against the Yankees since the beginning of the 2019 season

Deivi García (0-1) was recalled from the Yankees’ alternate training site to make the start. The 21-year-old right-hander made his major league debut on Aug. 30, 2020, against the Mets, finishing the year 3-2 with a 4.98 ERA in six starts.

Garcia allowed a home run to Mullins on his second pitch of the game that traveled onto Eutaw Street. The Orioles extended the lead to 2-0 on an RBI double by Freddy Galvis in the second. Galvis then had to come out of the game with a left groin strain and is day-to-day.

García recovered and allowed two runs and three hits with four strikeouts and three walks over four innings. García was optioned to the alternate site after the game.

“It was definitely a learning experience here and a competitive one, too,” Garcia said through an interpreter. “I felt like I had to battle every single pitch.”

Mullins hit another solo home run in the seventh off Justin Wilson.

Harvey had retired 11 in a row before walking Clint Frazier to lead off the sixth. LeMahieu, mired in a 2-for-20 slump, then hit into a double play. With two outs, the Yankees picked up their first run on back-to-back doubles by Giancarlo Stanton and Judge, who played on his 29th birthday.

“When our team needs it now the most, hits aren’t exactly falling right now for me or really for anyone,” LeMahieu said. “That just goes back to us pressing a little bit offensively. I know we are going to be better than we’ve been.”

Yankees reliever Darren O’Day was called for a balk that allowed Austin Hays to score in the sixth for a 3-1 lead. O’Day’s previous two career balks occurred when he was with the Orioles.

Yankees: Luke Voit (knee) has started running outside at the alternate site. Volt led the majors with 22 homers in last year’s shortened 60-game season. 3B Miguel Andujar, who activated him from the 10-day injured list Sunday from right wrist carpal tunnel, will get reps at first base at the alternate site in case Voit is out for an extended time. … LHP Zack Britton (elbow) is scheduled to throw off the mound by the end of this week. Britton is not eligible to come off the 60-day injury list until the end of next month.

Orioles: LHP Bruce Zimmermann (1-2, 4.57 ERA) is looking to snap a two-game skid. The rookie will face the Yankees for the first time.