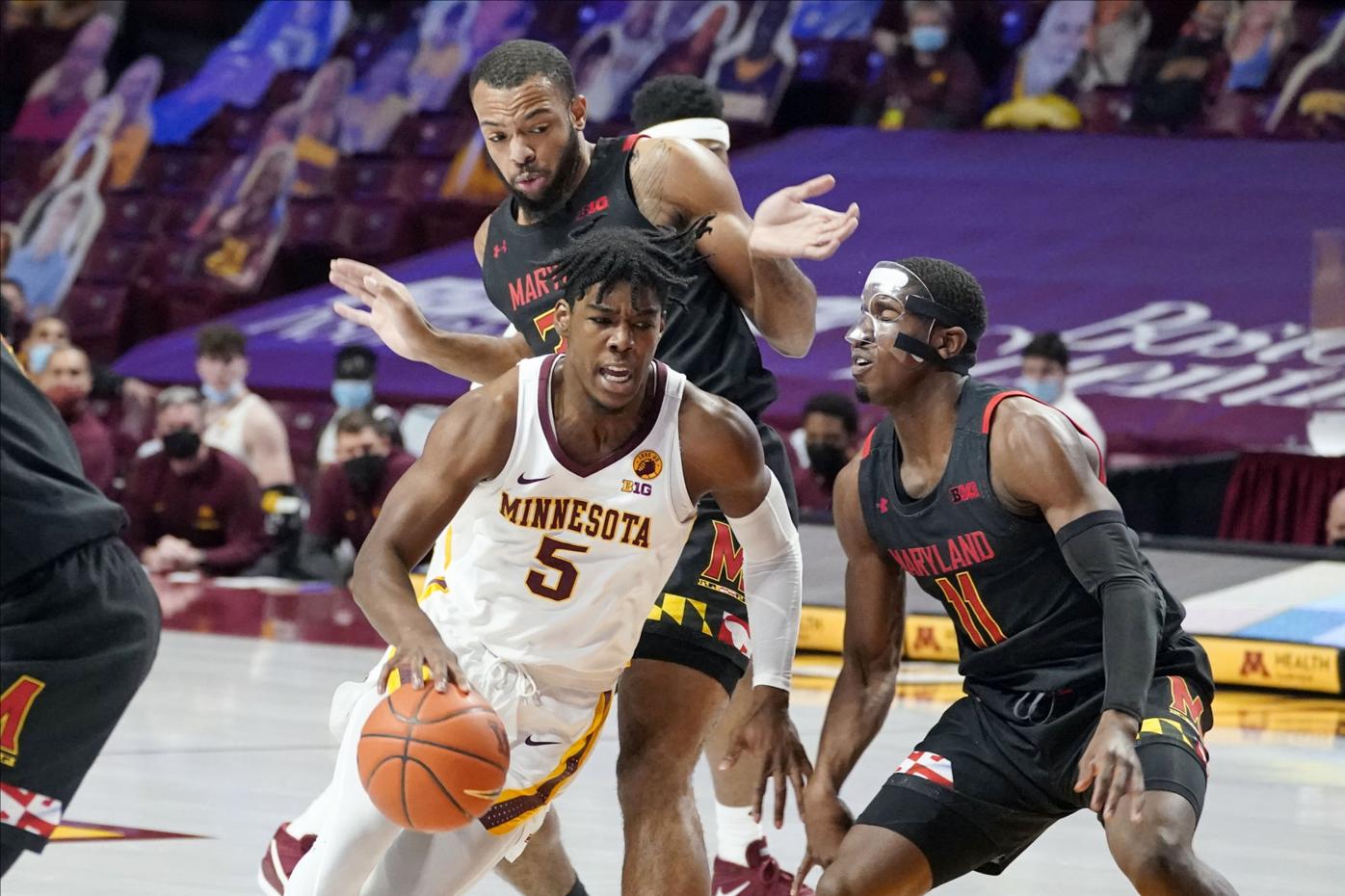 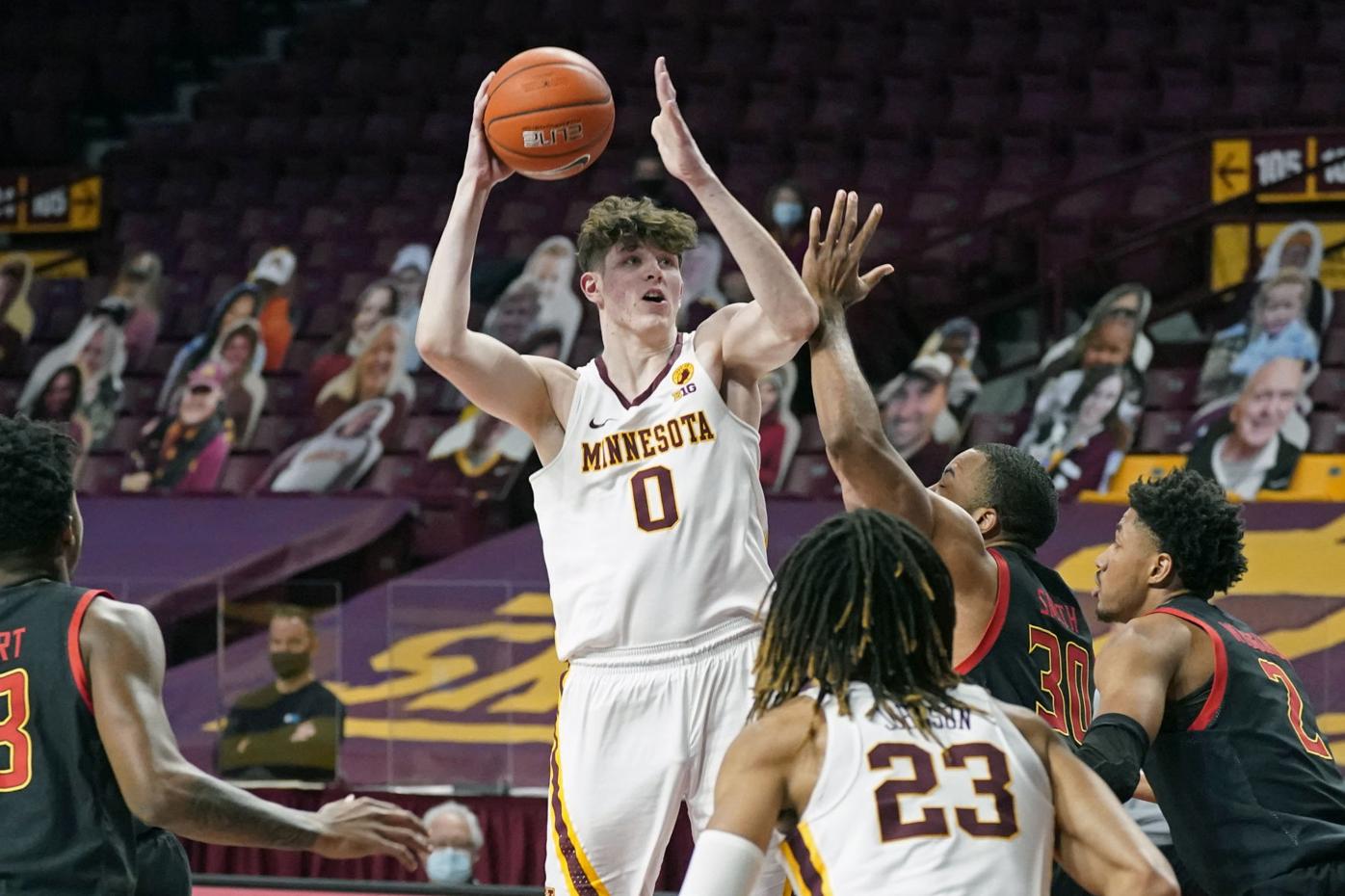 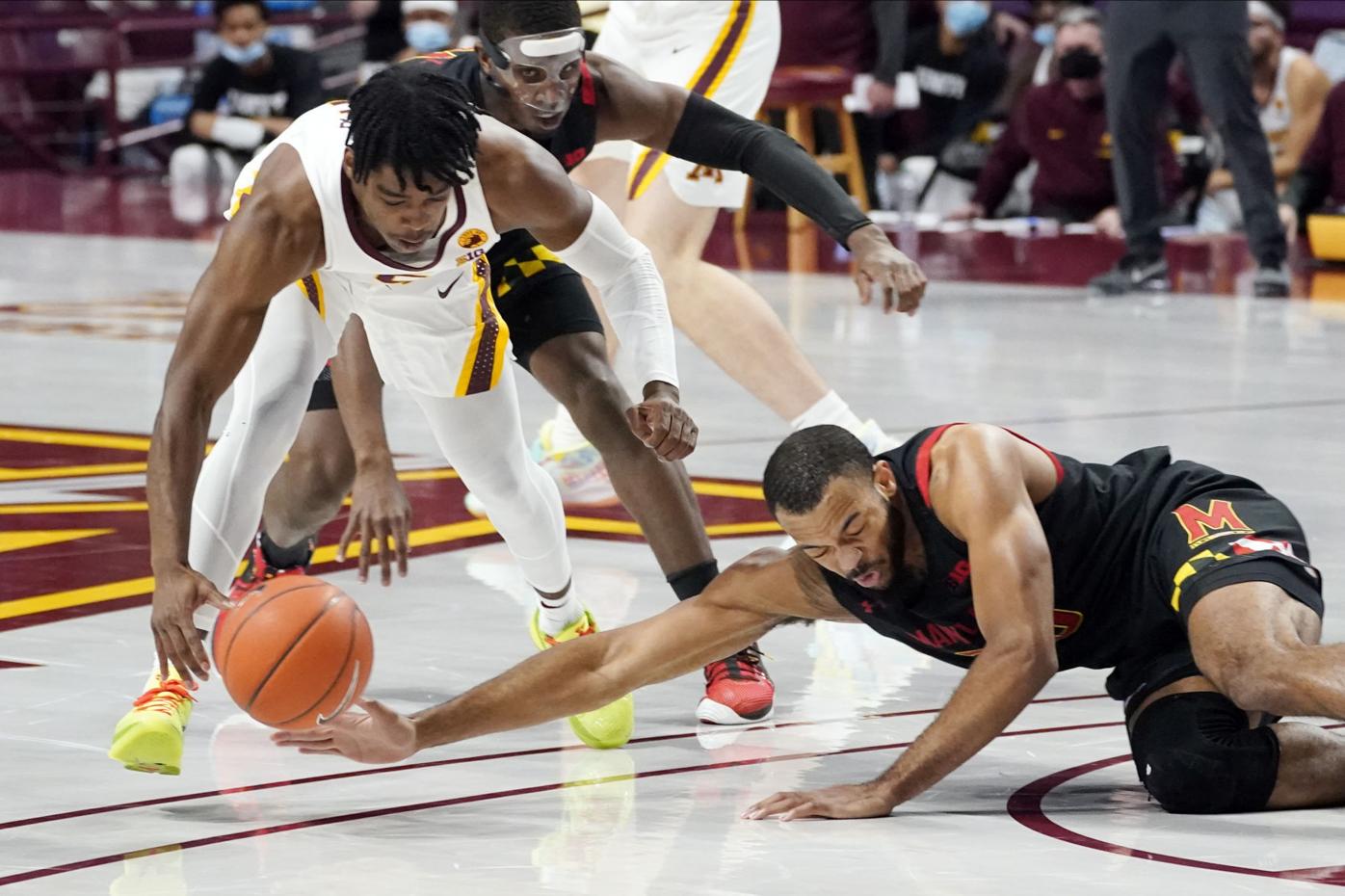 MINNEAPOLIS (AP) — Eric Ayala had 21 points and three steals to help Maryland deliver another road upset of a ranked Big Ten opponent, a wire-to-wire 63-49 victory over No. 17 Minnesota on Saturday.

Donta Scott added 15 points and 11 rebounds and Aaron Wiggins had eight points and 10 rebounds for the Terrapins (9-7, 3-6), who limited Minnesota big man Liam Robbins to six points on 2-for-6 shooting before the 7-footer fouled out.

Marcus Carr scored 25 points and grabbed seven rebounds for the Gophers (11-5, 4-5), who lost at home for the first time in 12 games this season. The rest of their starting backcourt, Gabe Kalscheur and Both Gach, combined for two points on 0-for-10 shooting.

Maryland allowed its fewest points in a game this season and never led by less than six in the second half. The players in the visiting bench area made almost all the noise in the mostly empty arena, yelling “Boom!” every time a Terrapins 3-pointer went in. Coach Mark Turgeon, after one excellent possession on defense resulted in a blocked shot at the shot-clock buzzer, pumped his arm and crouched at the knees on the edge of the court in encouragement.

With only a few dozen family members in the maroon seats, this was exactly the kind of game the Gophers could have used a crowd to get them going because they played as poorly as they have all season, blowouts on the road included.

Minnesota didn’t need a reminder about Maryland’s potential, having squandered a 16-point second-half lead in a 74-73 loss here last year on Darryl Morsell’s last-second 3-pointer when the Terrapins were ranked ninth. For all their struggles in this virus-interrupted season, they already had two of the Big Ten’s best wins: at No. 10 Wisconsin and at No. 22 Illinois.

The Terrapins set a tenacious tone from the jump, with perimeter pressure on Carr and post traps on Robbins to keep the Gophers out of sync. On the other end, they repeatedly burned Minnesota’s pick-and-roll coverage to spring Ayala and others for uncontested layups.

Maryland built a football-like 17-3 lead, until Carr’s 3-pointer past the 12-minute mark of the first half gave the Gophers a badly needed jolt. They had bursts of success when Carr twisted his way to the hoop, and his jumper in the paint with 6:31 left cut the lead to 20-17, the closest all game.

Eric Curry fouled Hakim Hart behind the arc with 0.5 seconds remaining, though, and what would have been a six-point halftime deficit was suddenly 36-27 when Hart made all three free throws.

Maryland: With a 38-30 edge on the glass, the Terrapins improved to 8-0 when outrebounding an opponent this season. Despite giving up three to five inches to Robbins, the trio of Scott, Jairus Hamilton and Galin Smith did a remarkable job of not only denying Robbins the ball but the boards too.

Minnesota: Robbins had 22 points and eight rebounds in a week ago against No. 7 Michigan while quieting 7-foot-1 star Hunter Dickinson on defense, but this game was the opposite of that. He had three blocks but was otherwise rendered ineffective.

With so many COVID-19 schedule alterations around the country, the AP Top 25 probably won’t undergo significant changes with the next edition. The Gophers will take a tumble but likely remain ranked for a fifth straight week.

Maryland: Plays at Wisconsin on Jan. 27, a game moved up three days by the Big Ten to help ease rescheduling of virus-prompted postponements. The Terrapins beat the Badgers 70-64 on Dec. 28.

Minnesota: Plays at Purdue on Jan. 30, with seven days between games for a second straight week.