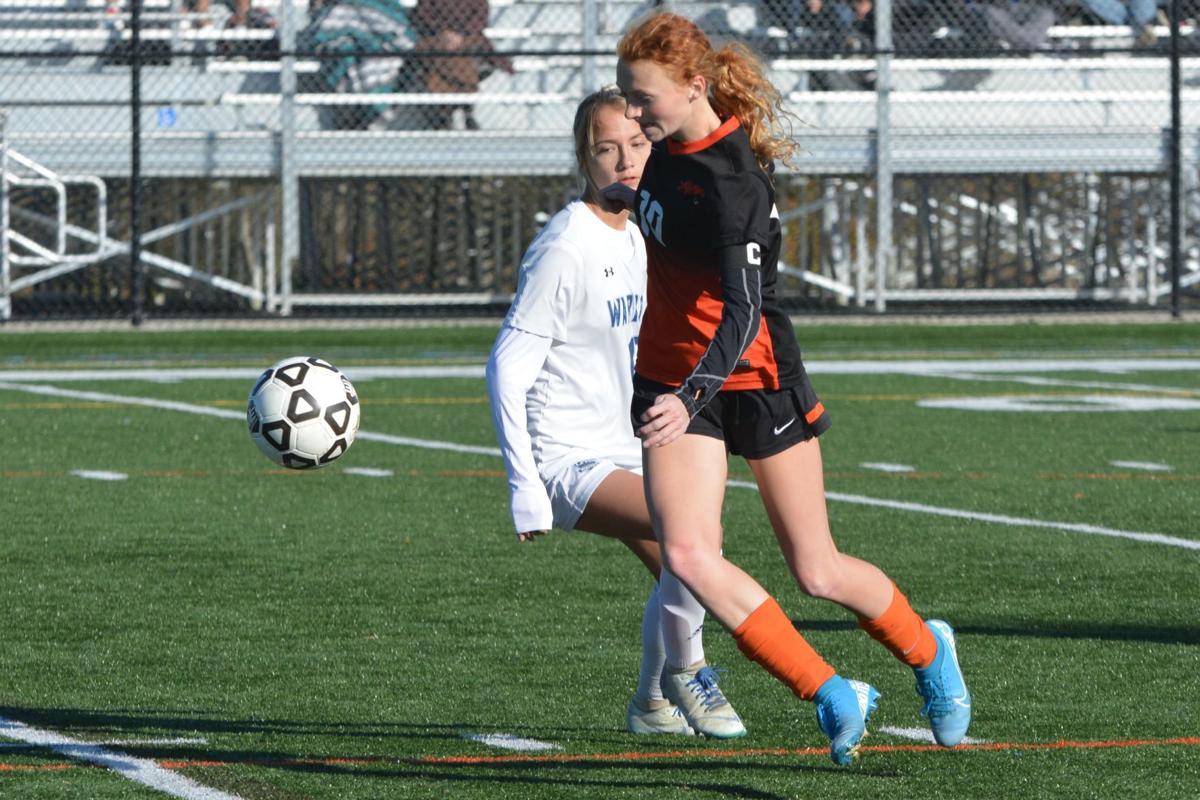 Rising Sun’s Annalia Webb controls the ball Friday during the Tigers’ victory over La Plata in the 2A Girls’ Soccer State Quarterfinals. 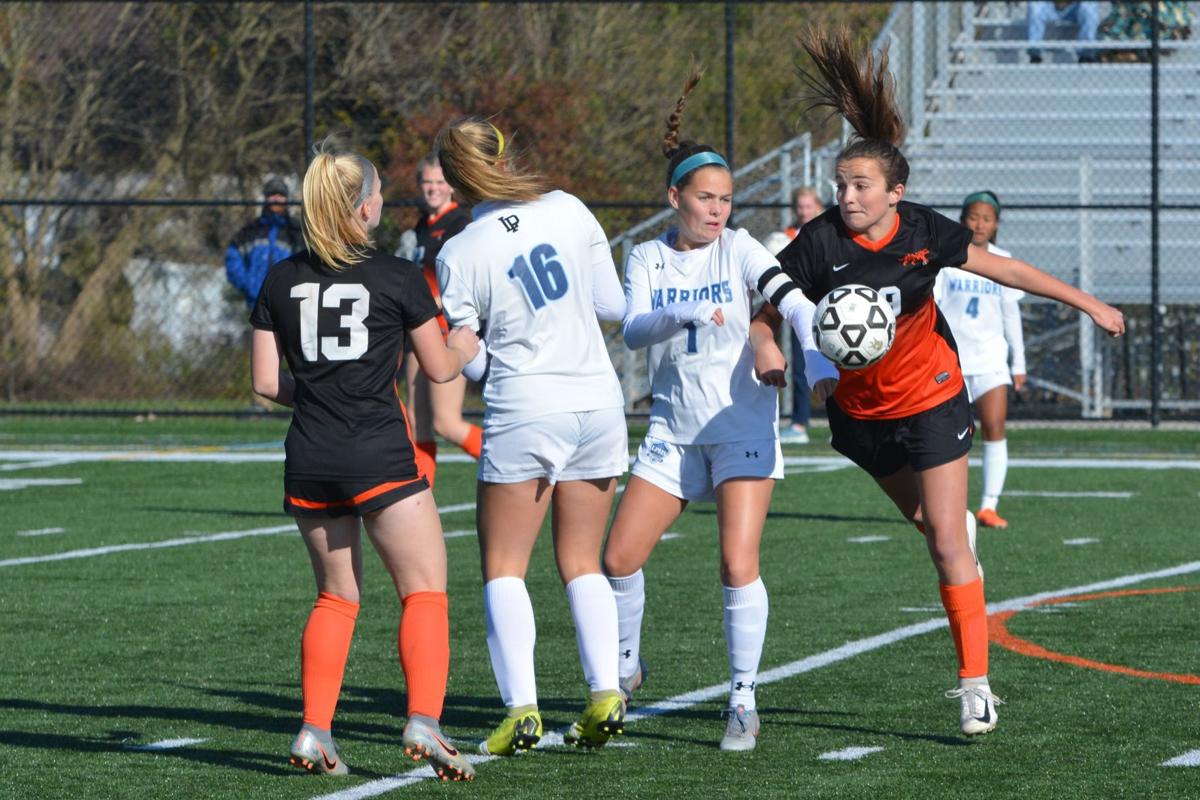 Rising Sun’s Annalia Webb controls the ball Friday during the Tigers’ victory over La Plata in the 2A Girls’ Soccer State Quarterfinals.

And with satisfying results.

Goalkeeper Rebekah Culver made two huge saves and Alayna Eyman booted home the winner as the Tigers, reseeded second in the state quarterfinals, downed No. 7 La Plata (Charles County) 3-2 in penalty kicks at Calvert Regional Park to move on to the next round.

“Gotta give the girls a lot of credit for coming back to this for the second game in a row,” Tigers head coach John Hartnett. “It’s tough going through regulation, overtime and penalty kicks. I felt good knowing we’d been here before.”

The Tigers (15-0) had several good chances at the net and held an 8-2 advantage on corner kicks, but could get nothing across. As it was, the Rising Sun defense kept Culver untouched until PKs – La Plata never got an official shot on goal in regulation or the two 10-minute overtime periods.

“I saw the look in Bekah’s eyes when she was coming off the field after overtime,” Hartnett said. “I just knew she was confident and ready.”

She was more than ready. She had anticipated it.

Rising Sun and La Plata each started off with goals, but in the second round, Culver stood firm and caught a Warriors shot and two rounds later, Eyman booted a shot to the left side of the net.

“I was just looking to get my shot,” Eyman said. “I like to jog up to the net so I’m not nervous when I shoot. And I wasn’t.”

Neither team scored in their fourth turn and with La Plata leading off the fifth and final turn, Culver made one last save to set off another wild celebration.

“We all boost each other and keep our confidence up,” Culver said. “We want to win our next game and play in the championship game.”

“They just don’t give up, they don’t quit,” Hartnett added. “They want to win for each other.”