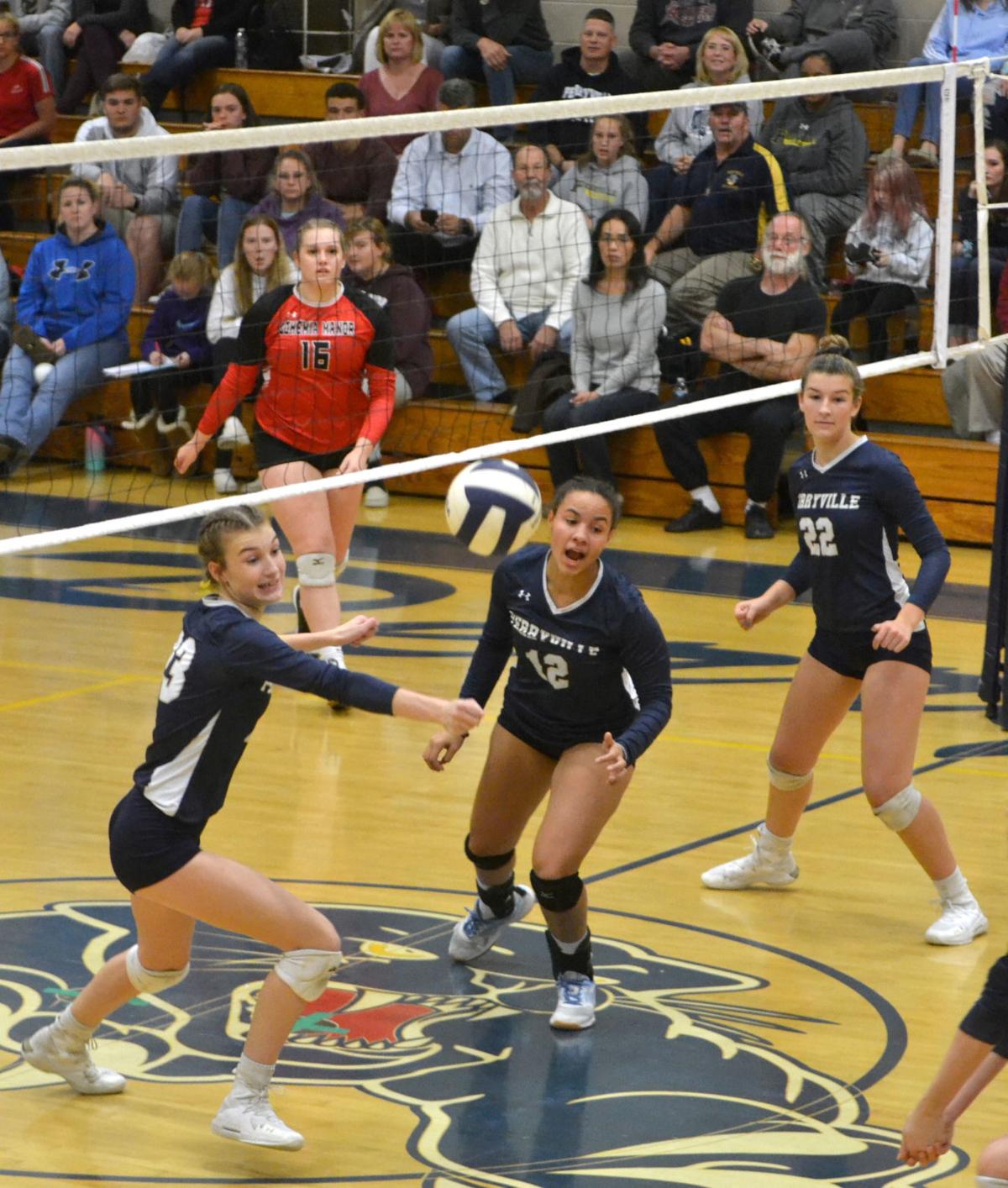 Members of the Perryville volleyball team hurry for the ball Monday during the Panthers’ 3-0 sweep of visiting Bohemia Manor in the 1A East Region I Volleyball Playoffs. 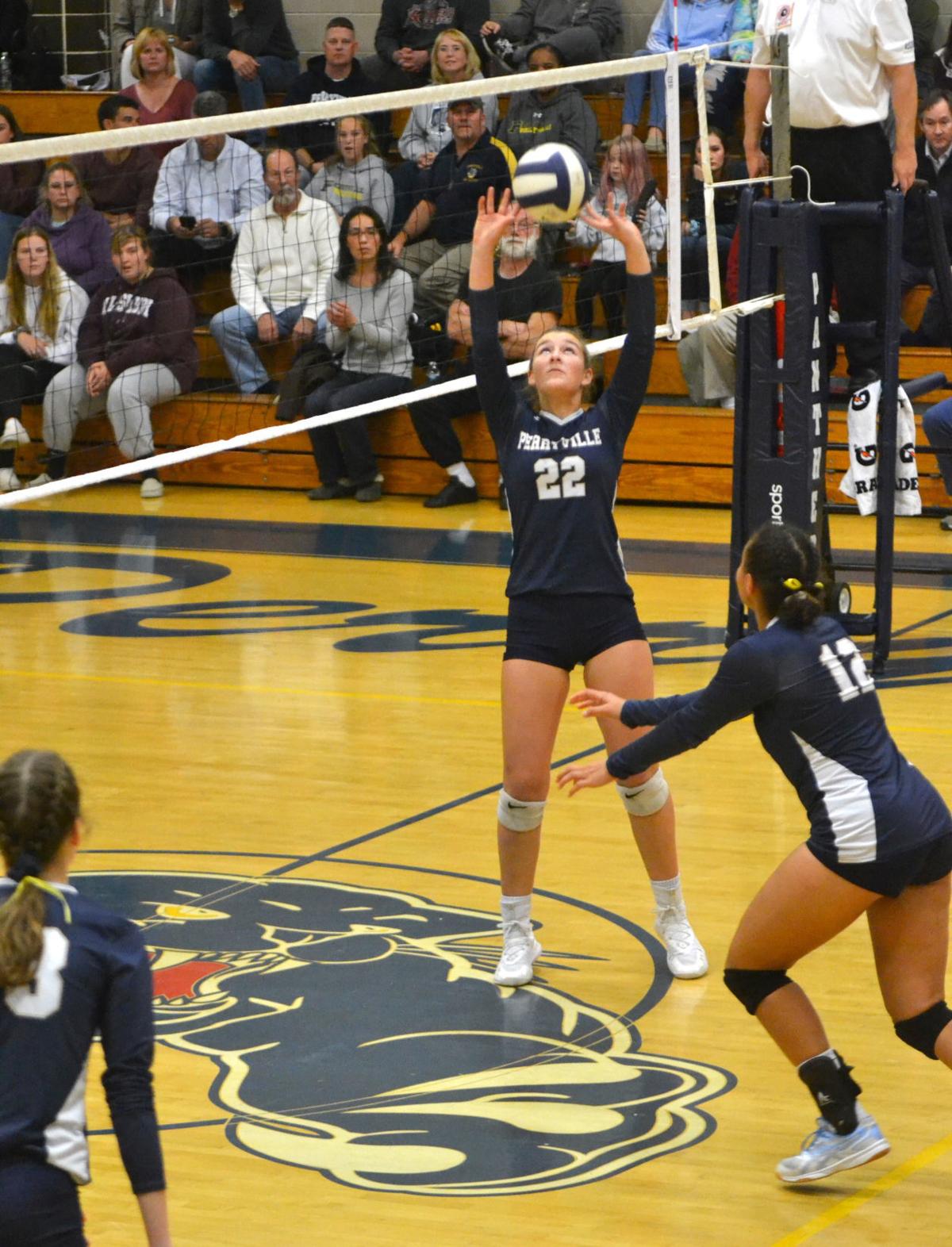 Members of the Perryville volleyball team hurry for the ball Monday during the Panthers’ 3-0 sweep of visiting Bohemia Manor in the 1A East Region I Volleyball Playoffs.

Perryville — The Perryville volleyball team spent the time between the end of the regular season and its 1A East Region 1 playoff opener against visiting Bohemia Manor working on its serve defense.

The work paid off as the Panthers were strong on the serve receive, preventing the Eagles from going on long runs. That helped them earn a sweep (25-22, 25-18, 25-19) in volleyball action Monday night.

“We have been working a lot on our serve receive to try to stop any kind of rally and momentum from the other team, so our serve receive did really well today,” Perryville head coach Matt Borrelli said. “We still have some communication issues to fix, especially as we progress through the playoffs. I thought we did a good job of winning the long rallies, which would prevent long runs from Bo Manor.”

The first game was back and forth as there were 10 ties and five lead changes. The final tie and lead change occurred in the midst of an 11-3 Perryville run in which they turned a 16-13 deficit into a 24-19 lead.

Perryville held off a late charge from the Eagles to win the frame, 25-22, and take a 1-0 lead in the match.

The Panthers never trailed in the second set as they earned a 25-18 victory in the game. One of the keys to their victory in the frame was that the most points they allowed in a row was just three on two separate occasions.

“When a moment came when they went on a little bit of a run, we got in the huddle and said ‘Someone needs to step up. Someone needs to make a play. It doesn’t have to be pretty, but the ball has to go down,’” Perryville senior Jordan Carr said.

The Panthers jumped out to a 16-6 lead in the third game, and they kept Bo Manor at arms length for the remainder of the frame en route to a 25-19 win to complete the sweep.

In addition to preventing the Eagles from going on any prolonged surges, Perryville had several mini-runs over the final two frames thanks to strong serving.

“Most of that was from our serving. We practice our serving a lot, aiming for certain spots on the court and mixing up the way we serve,” Borrelli said. “Our girls did a really good job serving tonight, and that kept Bo Manor off balance.”

The Panthers advance to the Region 1 Final with the victory and will travel to top-seeded Patterson Mill Wednesday afternoon.