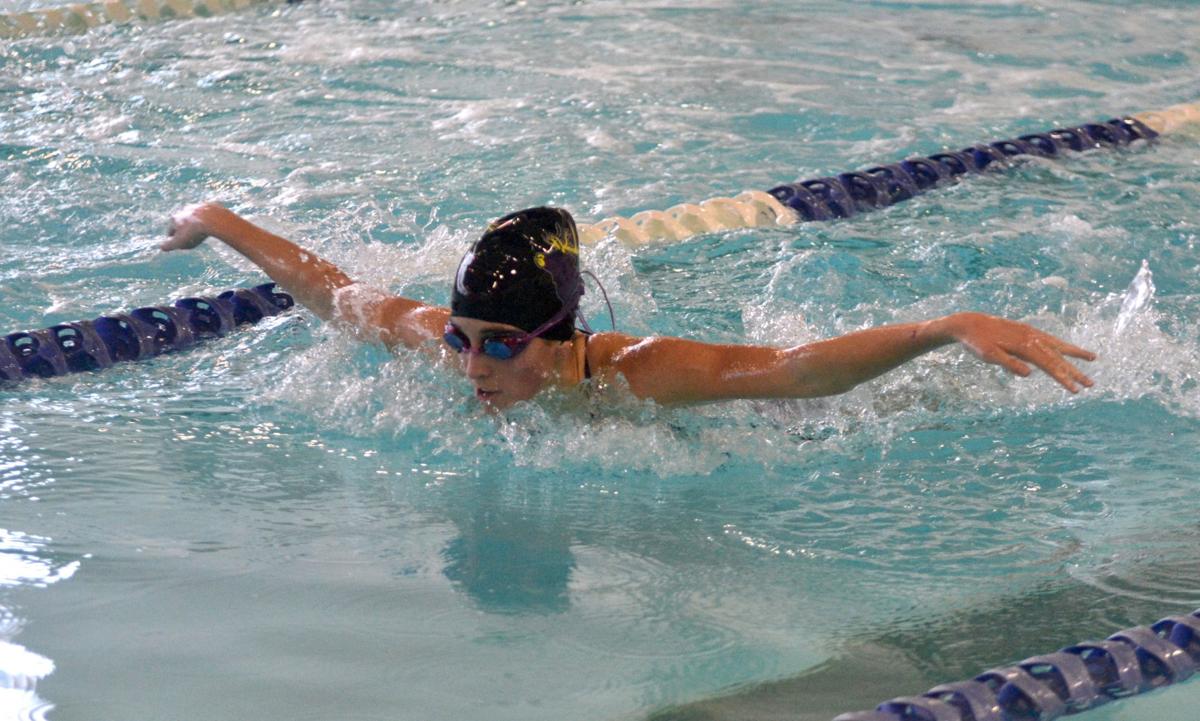 Elkton sophomore Elizabeth Pennington was the lone Cecil County swimmer to win an individual event, finishing the 200-yard freestyle in 1:59.83.