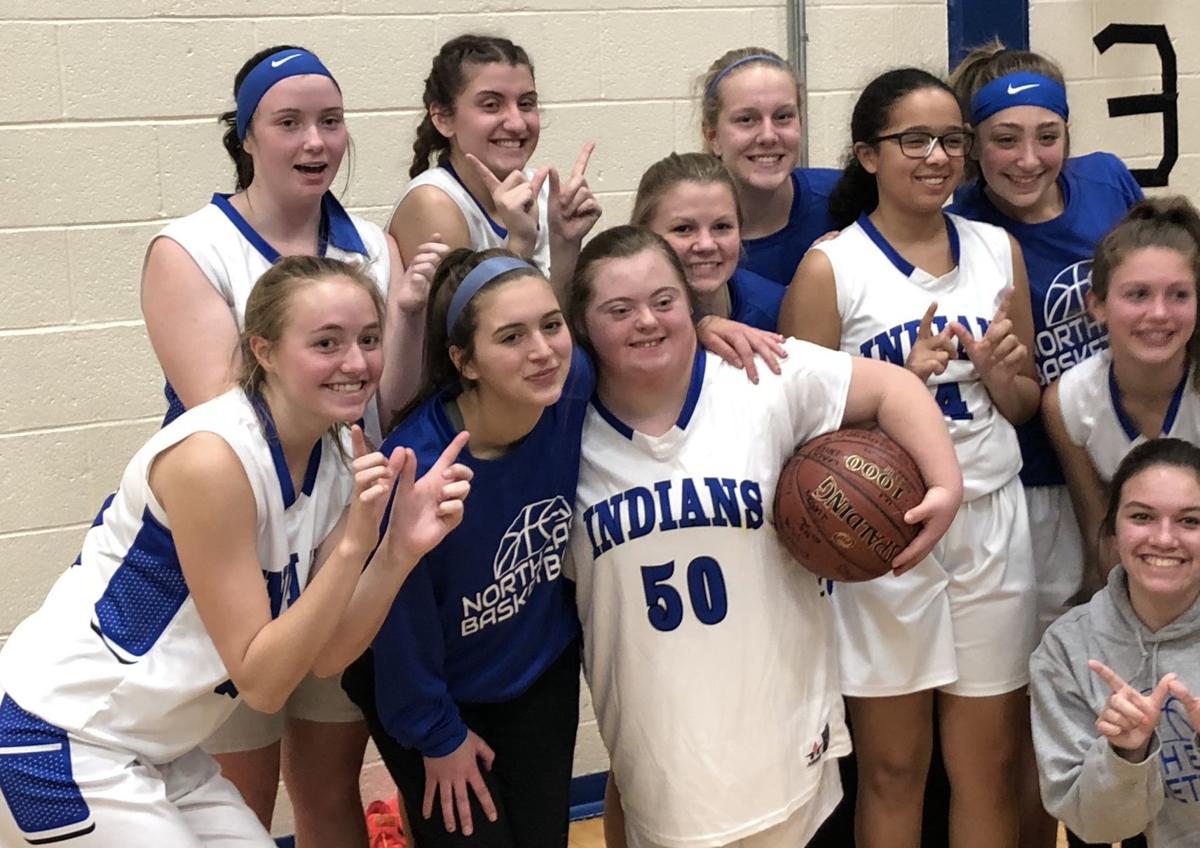 Lily Mullikin (50) holds a basketball the rest of the North East girls’ basketball team signed as a gift for her birthday on Thursday. Usually the team’s manager, Mullikin started against Rising Sun and scored the game’s first basket. 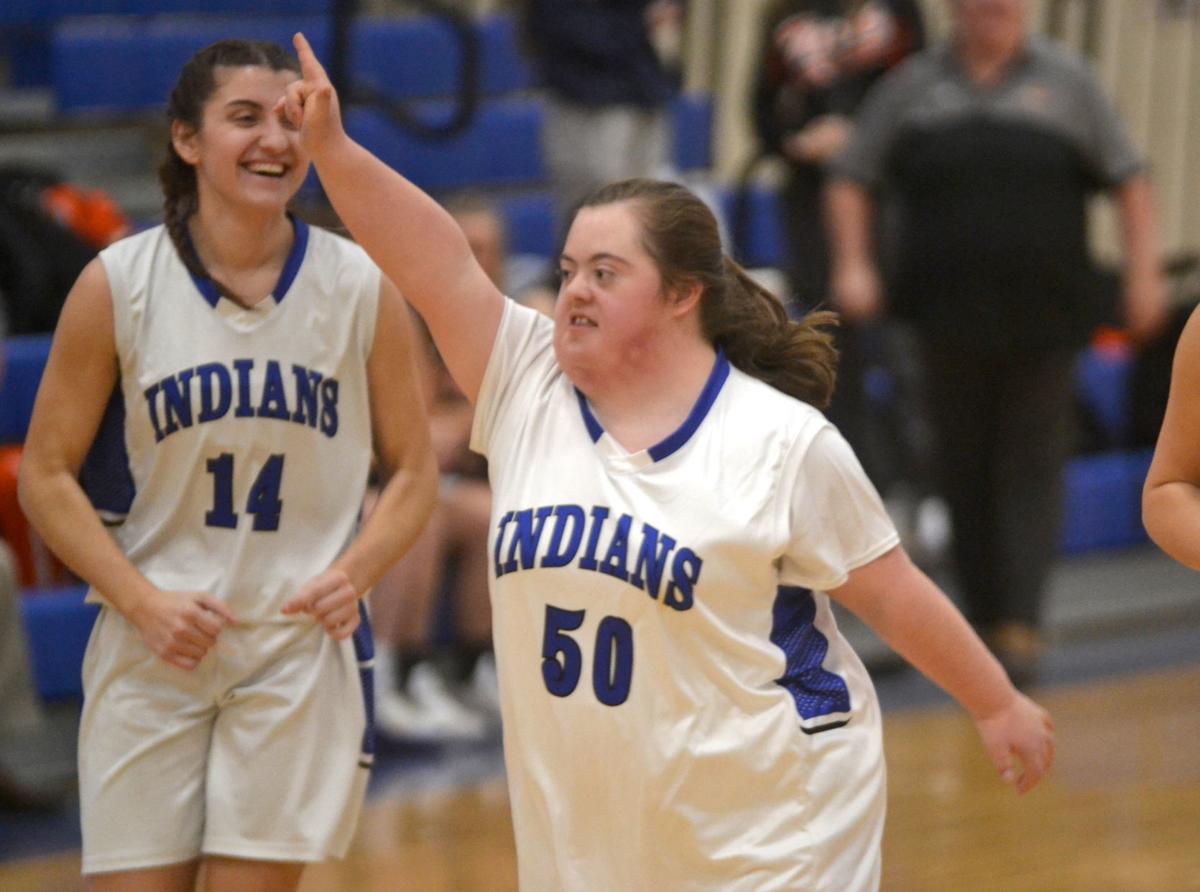 Lily Mullikin (50) holds a basketball the rest of the North East girls’ basketball team signed as a gift for her birthday on Thursday. Usually the team’s manager, Mullikin started against Rising Sun and scored the game’s first basket.

But on Thursday, her birthday, Mullikin was in the Indians’ starting lineup. She was introduced last and gave a high-five to each of her teammates, who then presented her a basketball they all had signed as a gift.

“She’s our manager and basketball is her favorite sport. She plays basketball in the Special Olympics. It’s her birthday,” North East coach Chris Hadjis said. “If we can give her something she’s going to remember for a long time, it’s worth it.”

Mullikin will remember the basket she scored in the game’s opening moments. So will everybody else in attendance Thursday at North East High School.

“It’s a big deal. It really speaks to the school and the leadership at the school,” her father, James, said afterward. “We’re having a really great experience here. It’s been terrific.”

Lily dribbled the ball up court before sinking the shot, showing the skills needed for her position.

“I was made to play guard,” she said.

Players from both teams celebrated as the gym erupted.

“I want to make sure I give a special shoutout to the players of Rising Sun and the coaching staff, because without a doubt, that was the classiest thing I’ve ever seen in my life,” Hadjis said. “They need to be recognized for it.”

The genuine happiness and excitement from Lily’s teammates made an impact on her father.

“Her teammates are just incredible,” James said. “Genuine is exactly right. They’re just amazing. I’d like to think that maybe a little bit, it inspired their win. They seemed to be overcharged.”

After Lily scored to put her team ahead 2-0, North East scored nine more points to take an 11-0 lead over the Tigers. The Indians went on to win the game, 48-25.

“She’s the heart and soul of the team. She’s the one that everybody wants to work with when they shoot foul shots. When they break up into threes, they all want to shoot with her. She brings so much light,” Hadjis said. “The other day, we weren’t practicing good – five or six minutes of throwing the ball away.

“I said to her ‘Lily, what do you think? She looked at them and went …” he continued, shaking his side to side to demonstrate. “She stays on them.”