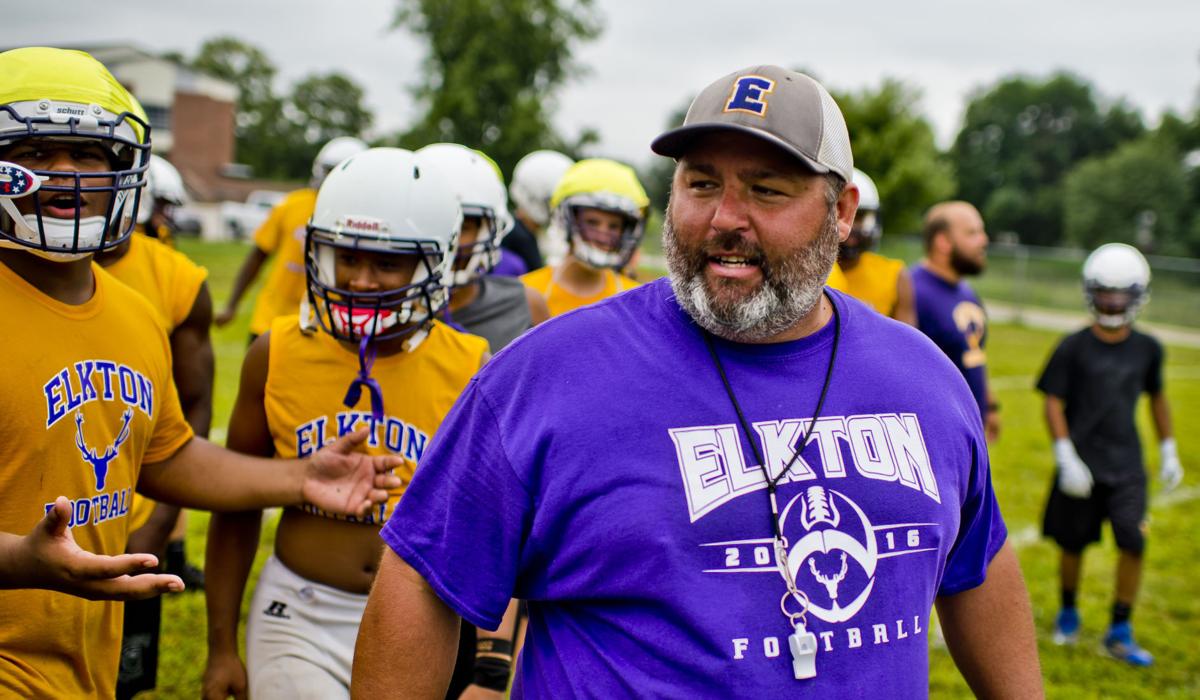 Matt Feeney enters his fourth year as head coach of the Elkton football team. During his tenure, the Golden Elks have made the playoffs twice, including a trip to last year’s 2A state championship game. 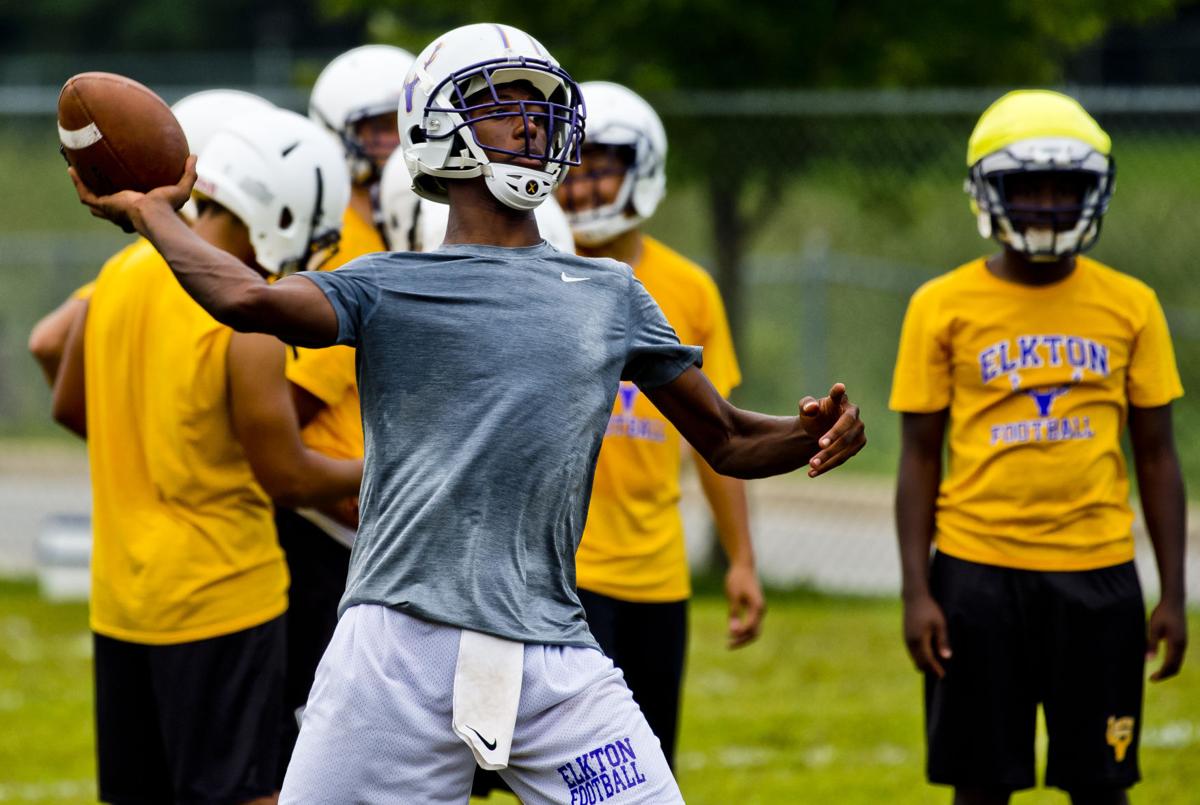 Elkton senior quarterback Ray Johnson is expected to take over under center following the graduation of All-County signal-caller Jackson Argoe. 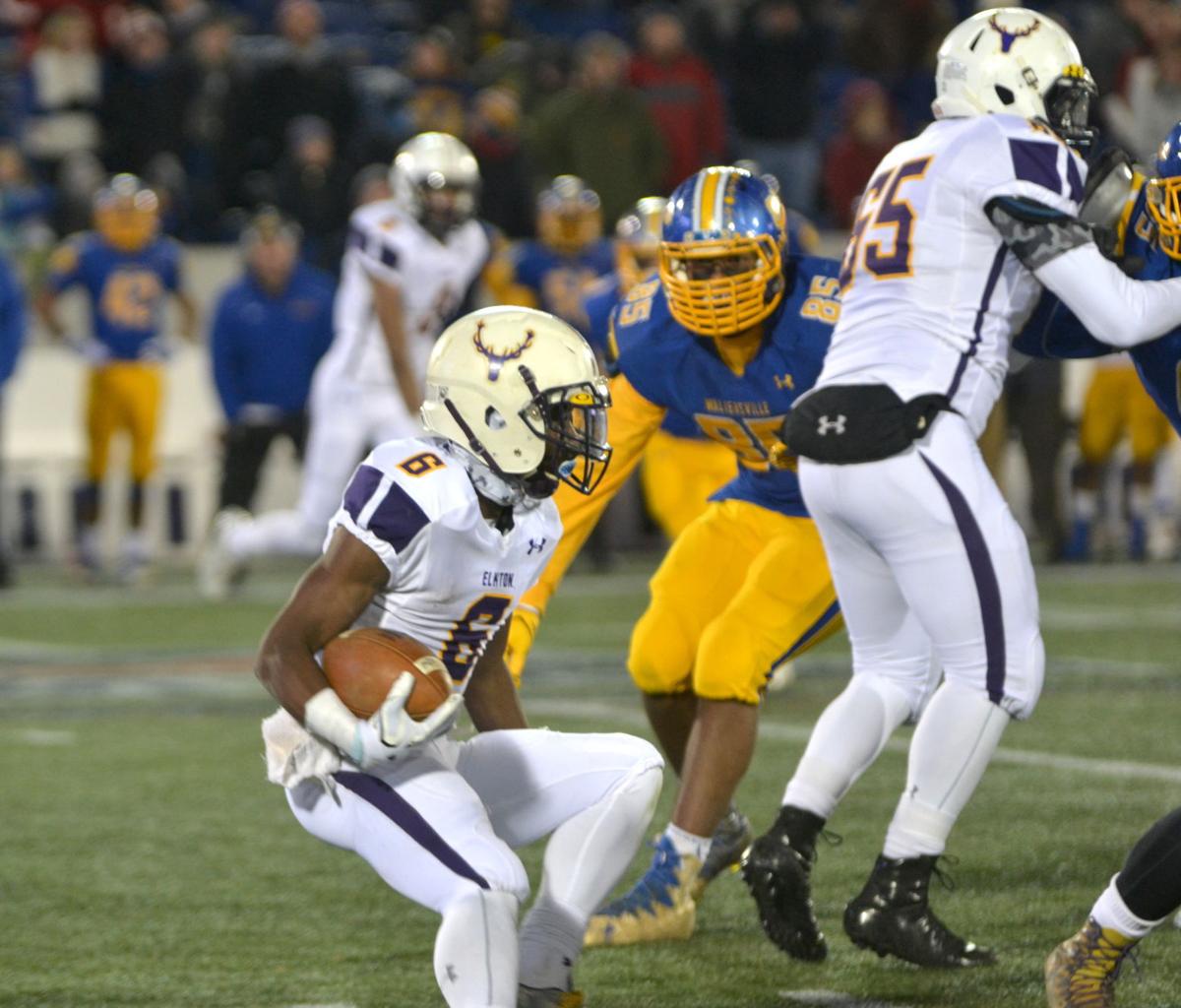 Elkton running back Raiquon Estep rushes with the football during the first half of his team’s 33-6 loss to Walkersville in last year’s 2A state championship. Estep, the reigning two-time All-County Offensive Player of the Year, returns for his senior season following a campaign in which he rushed for a Cecil County record 2,594 yards and 33 touchdowns. 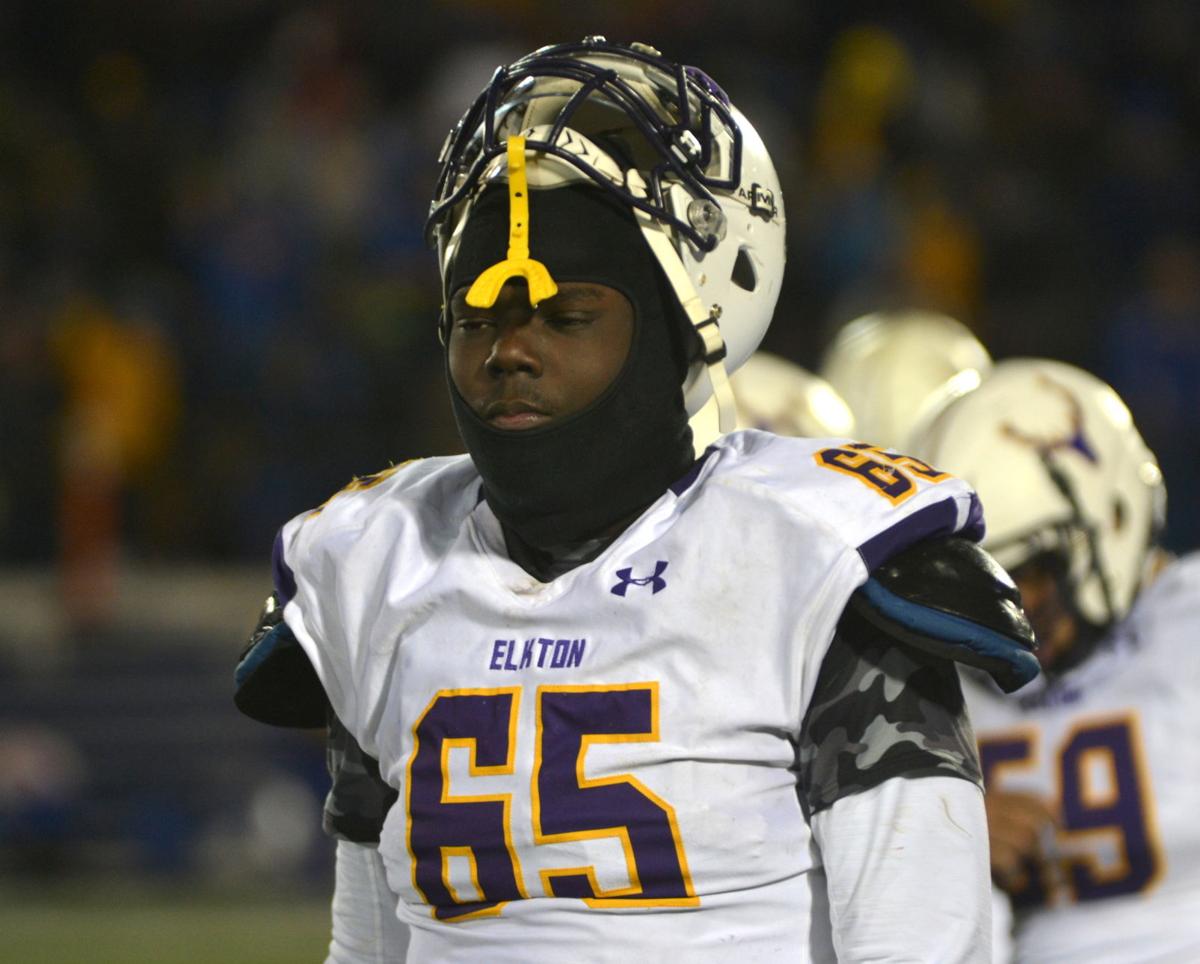 Matt Feeney enters his fourth year as head coach of the Elkton football team. During his tenure, the Golden Elks have made the playoffs twice, including a trip to last year’s 2A state championship game.

Elkton senior quarterback Ray Johnson is expected to take over under center following the graduation of All-County signal-caller Jackson Argoe.

Elkton running back Raiquon Estep rushes with the football during the first half of his team’s 33-6 loss to Walkersville in last year’s 2A state championship. Estep, the reigning two-time All-County Offensive Player of the Year, returns for his senior season following a campaign in which he rushed for a Cecil County record 2,594 yards and 33 touchdowns.

ELKTON — In the final minutes of an August morning practice, Elkton senior safety Mike Matthews hunkers low in the secondary and barks out orders to his fellow defenders as they prepare for the offense to snap the football during 11-on-11 drills.

It’s a run play, and almost as quickly as senior quarterback Ray Johnson hands the ball off to the tail back, the Golden Elks’ defensive line swallows the ball carrier for no gain. While he may have been too late to make the tackle, Matthews is quick to praise the efforts of his teammates.

The graduation of several key members from a defense that dominated its way to last year’s 2A state championship game before falling, 33-6, to Walkersville, has resulted in a leadership void. Matthews, a two-time All-County selection and veteran of six playoff games over the past two years, has stepped forward to take command of the huddle.

“This year, I came out as a leader. A lot of us are starting to pick it up, bring up the younger guys to fill the shoes of the players we lost last year,” Matthews said. “Now that it’s my senior year, I want to go back. We’ve gone [deep] in the playoffs twice. Now we want to get back again. We’re hungry and we just want to finish what we started.”

Since Matthews’ sophomore season, the Golden Elks have captured back-to-back Susquehanna Division crowns, earned shutouts in consecutive region semifinals, captured a region title and, last season, advanced to the 2A state final for just the second time in program history.

He’s part of one of the most successful football classes to ever walk the halls of Elkton High School, but there remains one thing missing that separates this year’s group of seniors from the Elkton players who made deep playoff runs in 1999 and 2001 and advanced to the 1A state title game in 2000: winning it all.

“Going into this year, the returners are definitely focused. They know now. They know what it takes. They have a taste,” fourth-year Elkton head coach Matt Feeney said. “When we were walking off that field [after the state championship], guys were saying that they didn’t want to feel this again. They’ve kind of held true to that with some of their performances in the weight room in the offseason and out here during camp.

As a reward for consecutive undefeated records in the lower division, the Elks (12-2 overall, 7-0 division) have been promoted to the Chesapeake, where they will take on a schedule featuring three Harford County playoff teams from a year ago, including 1A state champion runner-up Havre de Grace.

Elkton will lean heavily on returning senior running back/defensive back Raiquon Estep, who will take his familiar place in the offensive backfield after a historic season that garnered him a second-straight All-County Offensive Player of the Year award. Last year, Estep shattered Cecil County’s single-season rushing record as he amassed 2,595 yards and 33 rushing touchdowns, ending the year with the ninth-most rushing yards in a single season in Maryland history.

His postseason produced 770 rushing yards and 10 touchdowns over four games, including a scoring run in the championship game at Navy-Marine Corps Memorial Stadium in Annapolis. The eventual loss to Walkersville is fueling Estep’s senior season.

“It was hard but it’s only going to make us better. We’re going to come back stronger this year. We need to hustle and get better. Enough is not enough, basically,” Estep said. “I want to say that in the upper division, the competition is going to be about the same as the playoffs. It’s going to be better for us when it comes playoff time.”

Johnson is expected to take over at quarterback following the graduation of All-County signal-caller Jackson Argoe, who delivered Elkton a balanced attack a year ago with his 87 completions for 1,613 yards and 17 touchdowns.

“He had a good arm and he could definitely scan the field and he was definitely a good quarterback. I have a little bit more speed than him,” Johnson said of his predecessor. “I’m just trying to do the best job I can. Everybody wants that state [crown], and I always tell these guys, it’s not ‘if’ we’re going to be good, it’s ‘when’. As soon as we gel and come together as a family and as a brotherhood, nobody will be able to stop us.”

In addition to Matthews and Estep, Elkton welcomes back senior All-County offensive lineman Myles Sewell, who has established himself as a leader in the trenches. The team must move past the graduation of All-County defensive linemen Marquis Byrd (Player of the Year) and Marquim Folks, All-County linebackers Joe Scuderi and Tyler Durant and All-County offensive players Argoe, receiver D’onte Leigh and lineman Kyle Karnes.

Standout sophomore linebacker Teshawn Watters, the only freshman to start on last year’s defense, and senior linemen Leighton Lewis and Christian Jackson, who are having good camps on both sides of the ball, are expected to take over significant roles on the team.

“I feel like we’re going to be back at the Navy stadium, we just have to keep working, keep stepping up,” Sewell said. “This feels like everything is on us now and we’re carrying a lot of weight. It’s different now. We have a target on our backs. We moved up in the division and we’re playing harder teams.”

Johnson agreed. The quarterback noted the pressure the coaches have placed on the team as they attempt to return to the championship game and win. Last year, Walkersville achieved the feat, securing a state crown one season after falling in the title contest.

Elkton’s Chesapeake Division home games this year include reigning champion Bel Air, Havre de Grace, 2A East rival Fallston and C.M. Wright, while the team will take to the road to play Aberdeen, North Harford and Edgewood. Out-of-division games include a season-opening showdown with arch-rival Bohemia Manor in the “Battle of (Route) 213.”

“We’re going to be relying on a lot of older guys because our schedule is going to be a grind,” Feeney said. “You get a Bel Air back on your schedule, a Havre de Grace, North Harford, C.M. Wright the last game of the season, it’s a different animal. We have our work cut out for us, but if we can stay healthy … we’ll compete.”