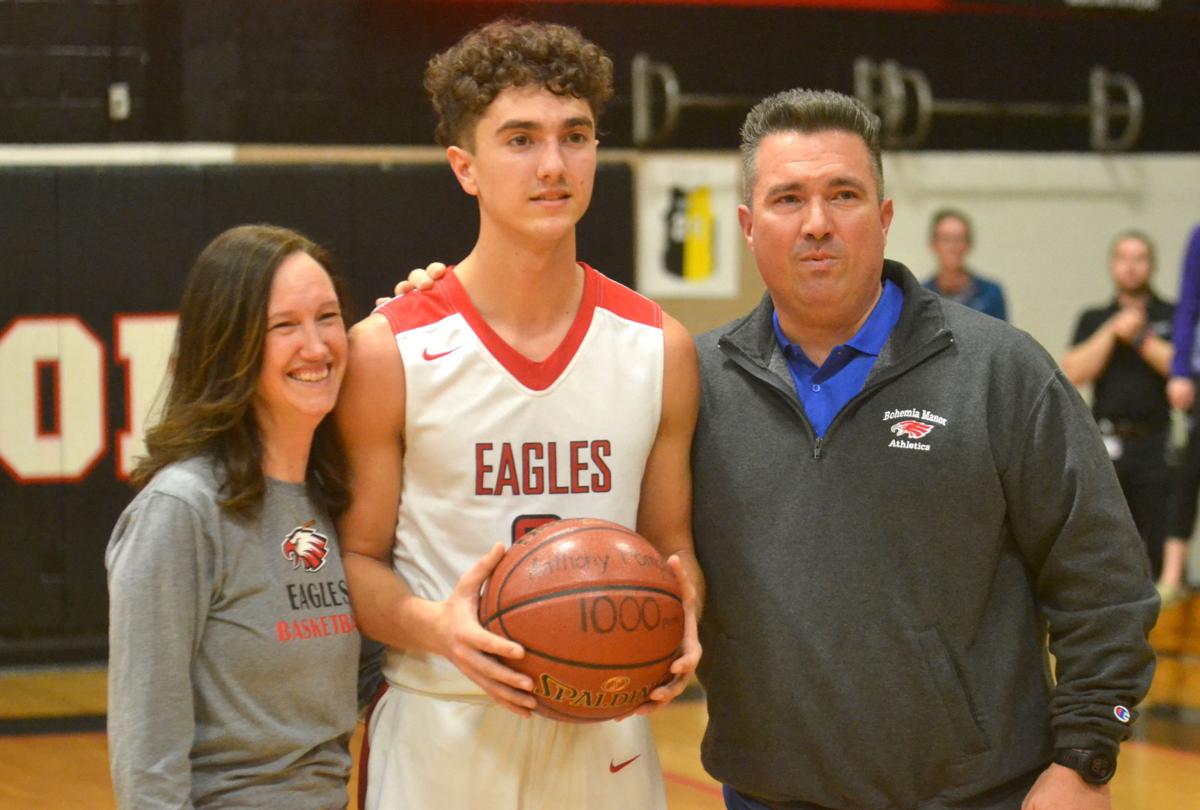 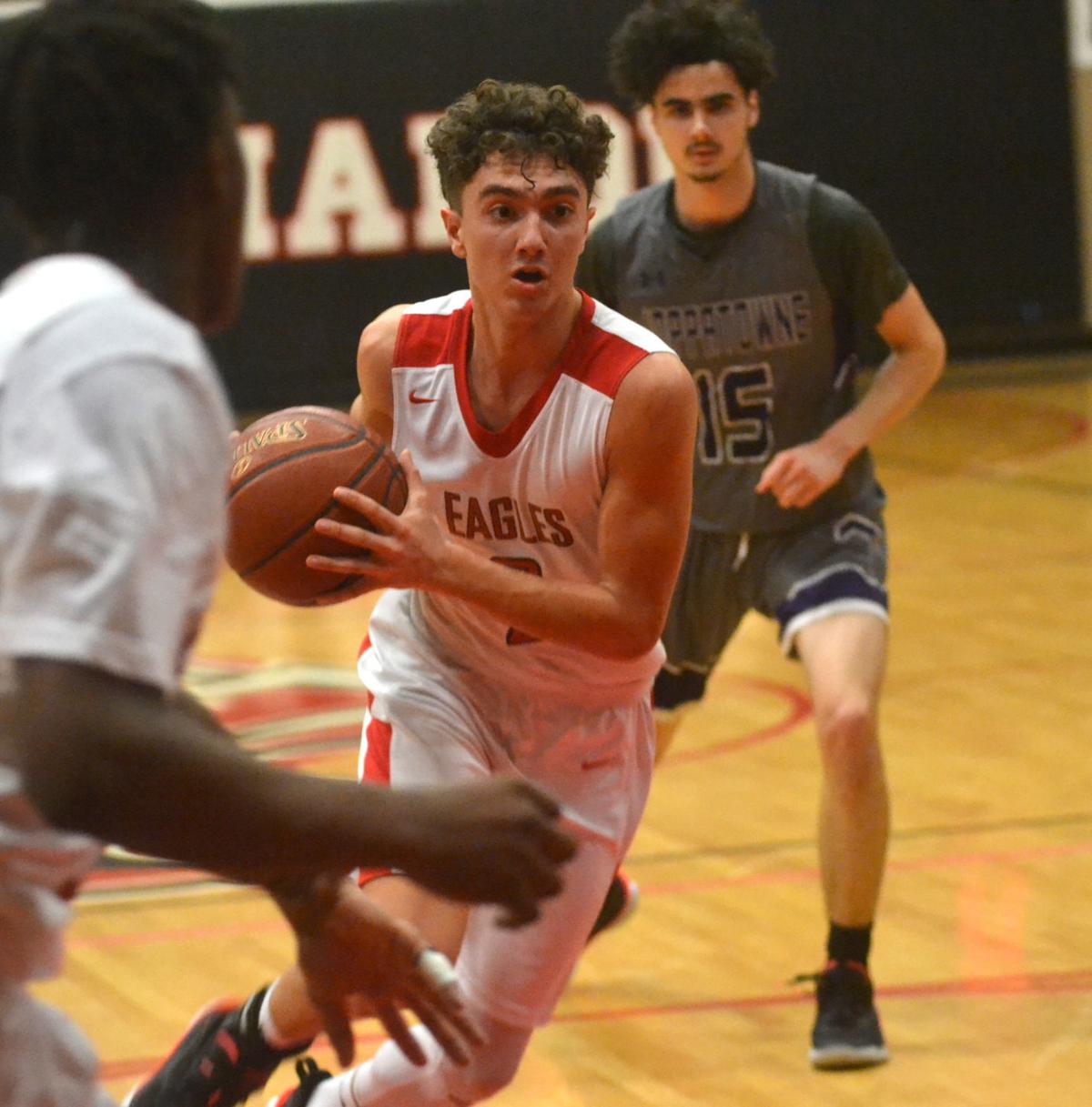 CHESAPEAKE CITY — On the first possession of the second quarter, Bohemia Manor senior guard Anthony Pompilii drove to the basket and finished the layup.

The prolific scorer eclipsed 1,000 career points with the basket.

“I had eight points to go at the beginning of the game, so it’s in the back of my mind,” Pompilii said. “All my coaches were telling me just to play my game normally and it will come to me. That’s what I did.”

Bo Manor coach Sandy Grimes said Pompilii is the first boys’ basketball player to hit the milestone in his time at the school.

“That’s the first one that I can remember. I don’t know if there’s another one, but I’ve been here since ‘86 and I don’t remember hearing of one. It’s pretty impressive. He’s a good kid,” Grimes said. “He came up as a freshman, so he had a few points that year. He started half of his sophomore year, so it’s getting the amount of minutes. And he just plays basketball, so he’s been getting better and better. His shooting has gotten better. He’s been good, but he’s become a legit college player.”

Grimes added that the strength and bulk Pompilii has added in the past year has been instrumental in taking his game to the next level his senior season.

“His strength. He’s stronger now, so he gets to the hole and finishes at the rim,” he said. “He used to get knocked to the floor all the time.”

Despite Pompilii’s team-high 22 points, the Eagles suffered a 73-64 defeat Monday night. A slow start haunted Bo Manor, which was able to cut its deficit to the Mariners to four points by halftime.

“What really hurt was getting down 16 points in the first quarter,” Grimes said. “I have no idea. Somebody said maybe it was a Super Bowl hangover. We hadn’t played on a Monday before. We didn’t practice Saturday because we had back-to-back games to close the week. Who knows? They’re kids and they weren’t ready to play.”

The Eagles scored the first eight points after halftime to take their first lead of the night. They held a 51-50 lead after the three quarters thanks to a 3-pointer by Aidan Brown with just over a minute left, his third triple of the period.

Joppatowne began the fourth quarter with a 5-0 run to reclaim a lead it would never relinquish. Bo Manor pulled as close as three points, 65-62, on a 3-pointer by Ethan Feeney with 1:25 to play, but the Mariners scored eight straight points to seal the deal.

Brown scored 14 points and Damir Wright added 12 for the Eagles. Joppatowne was led by 23 points from Kyree Ellis. Quian Thompson scored 15 points and Allan Brown had 13.