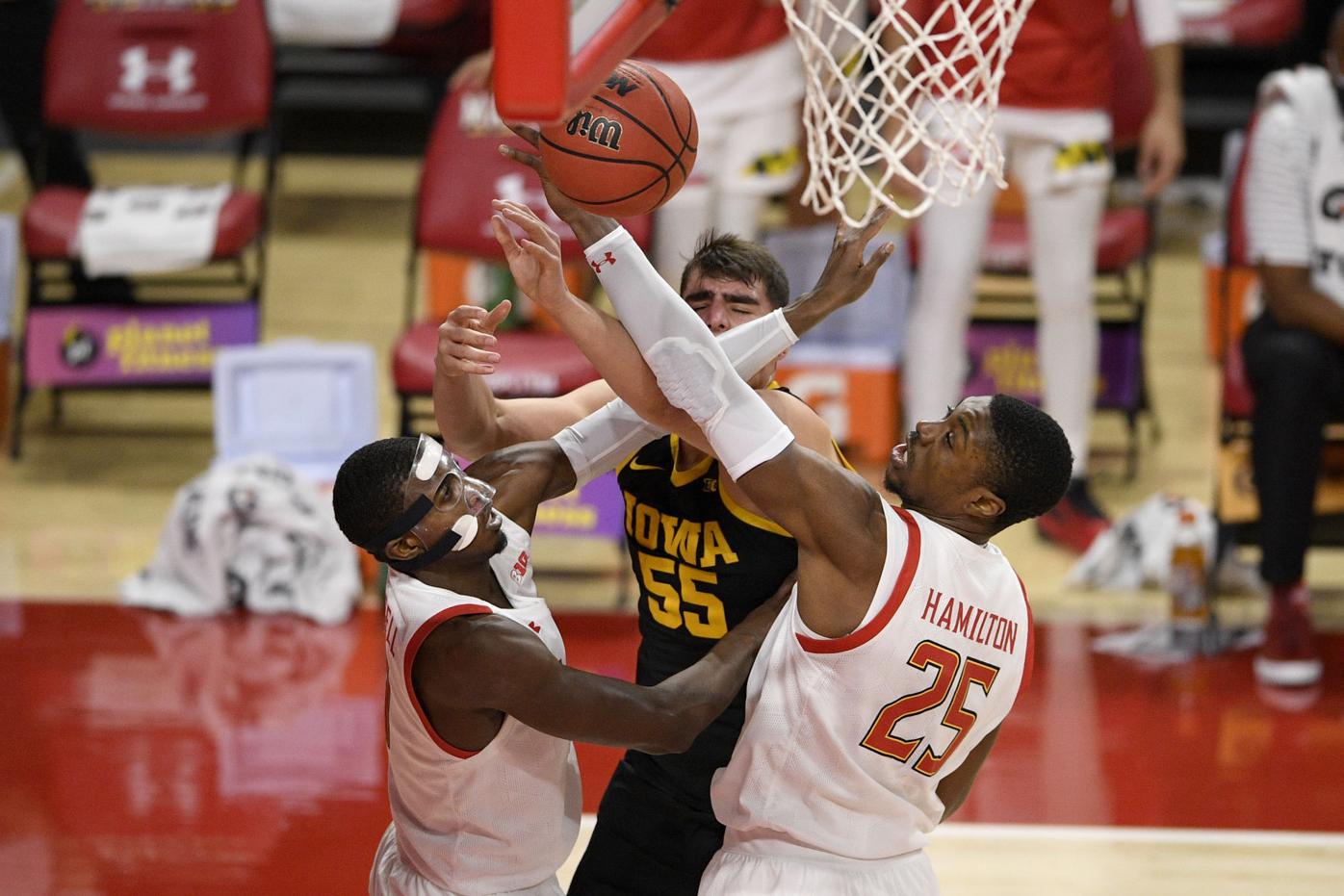 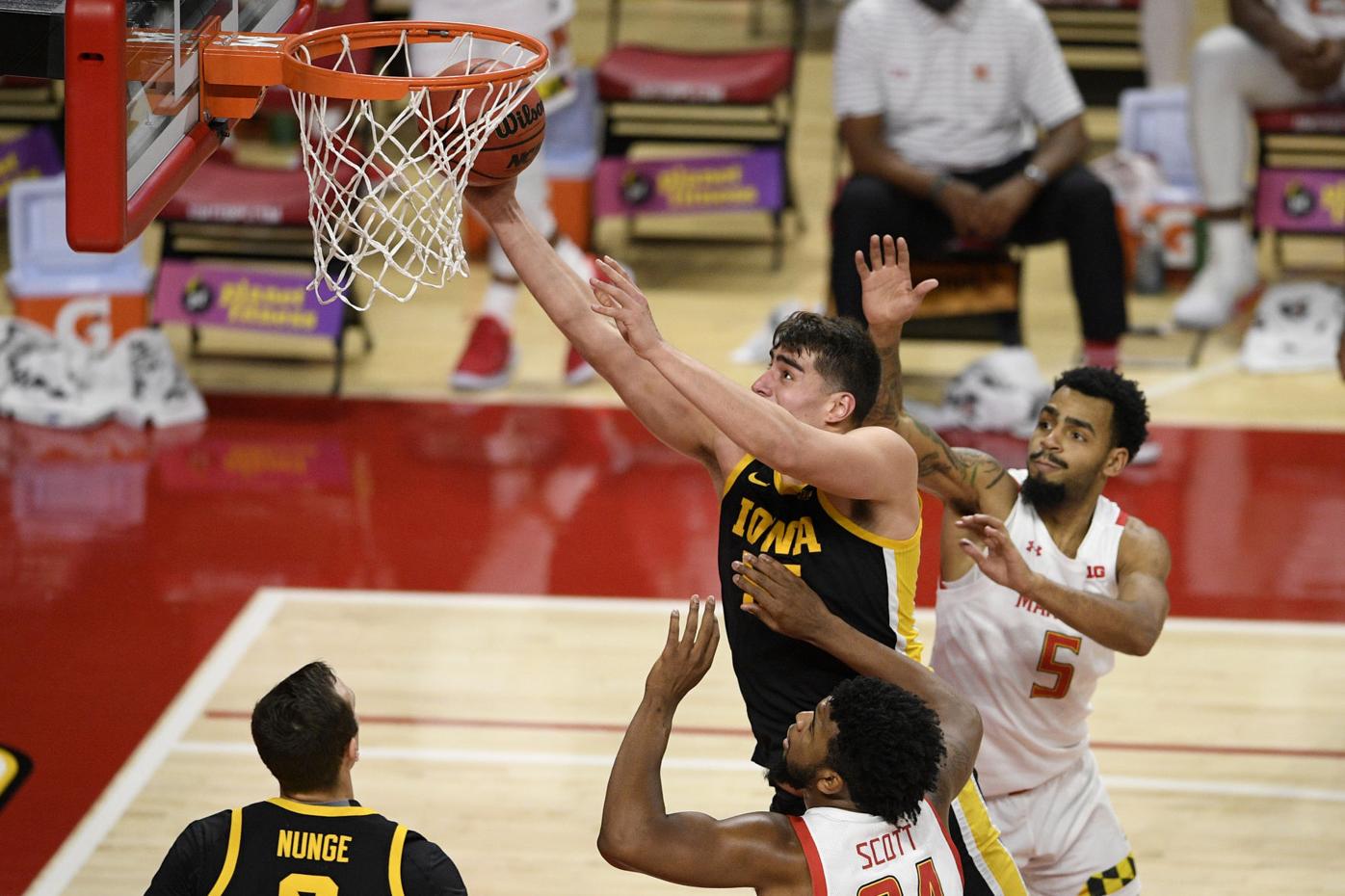 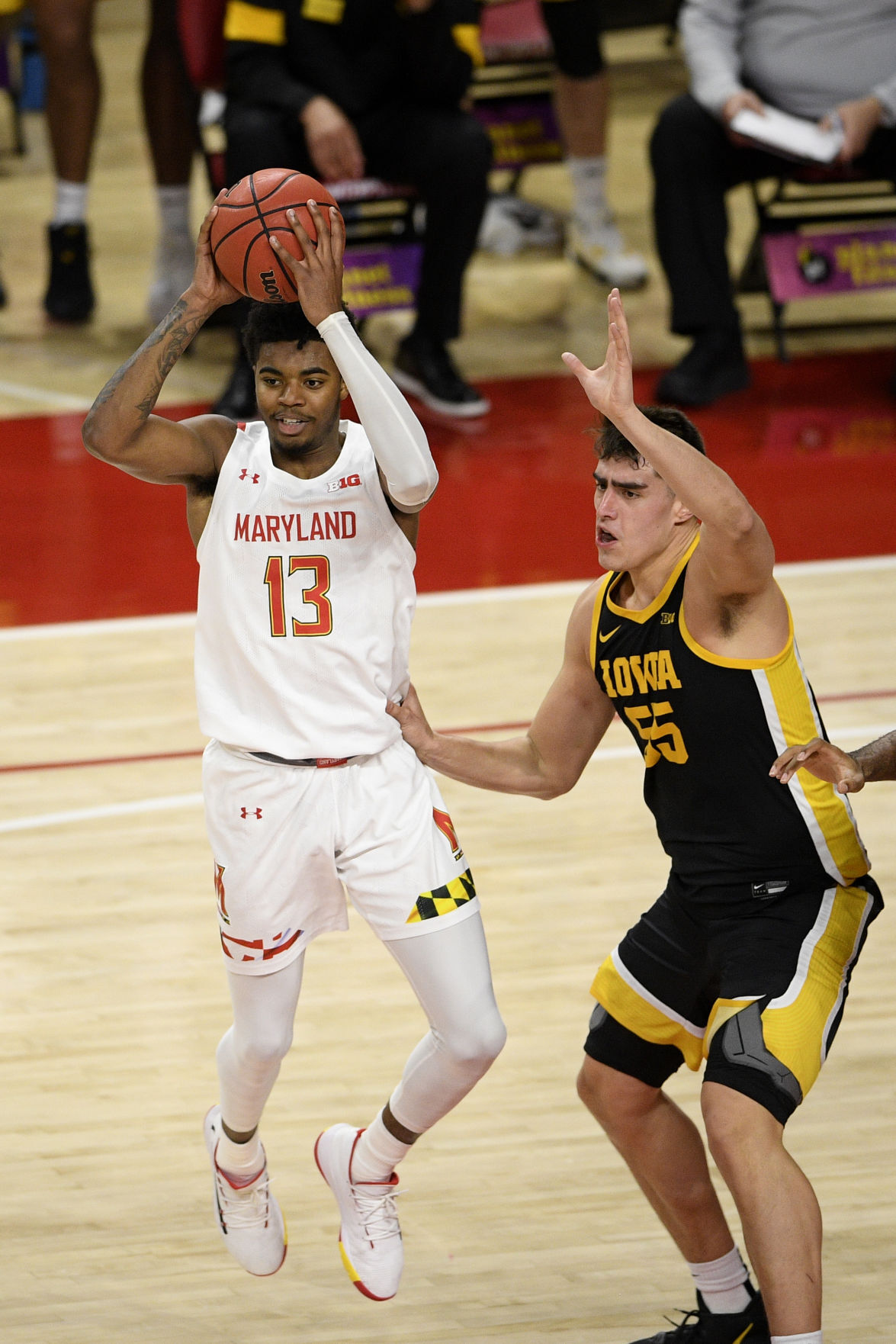 COLLEGE PARK, Md. (AP) — Out of sync and trailing by double digits after a miserable start, No. 5 Iowa turned to its defense and reliable Luka Garza to get back on track against Maryland.

Garza scored 17 of his 24 points in the decisive first half, and the Hawkeyes roared from behind in an 89-67 victory Thursday night.

“Credit to Maryland. They had a lot of energy to start the game,” Garza said. “I’m glad that our team was able to bounce back and make a run of our own.”

Iowa switched to a tight zone that eliminated the drives to the basket that gave the Terrapins their early lead. After each Maryland misfire, the Hawkeyes were quick to get the rebound and turn the other way.

“When we’re able to get stops and go and run, that’s when we’re at our best,” Garza said. “Our run game is hard to guard, especially after you miss a shot and are frustrated. That’s when we hurt you. That’s our game.”

Maryland went 0 for 11 with five turnovers in a span of 8:47 until Donta Scott hit a 3-pointer to end the dry spell.

“Obviously, shots didn’t fall,” Maryland guard Aaron Wiggins said. “Their zone, with their size they clog the paint. It was tough to get in the paint, draw fouls and get easy looks.”

Garza made nine of his 14 field goal attempts, including 2 of 4 from beyond the arc. He went 4 for 4 at the foul line, grabbed seven rebounds and had four assists.

Jordan Bohannon chipped in with 18 points for the Hawkeyes. Joe Wieskamp scored six to get within 11 points of 1,000 for his career.

The Terrapins had hopes of pulling off an upset after taking early leads of 6-0 and 17-7, but the lengthy shooting drought doomed them to their third straight loss and sixth in eight games.

“We’ve got to play with more effort, more energy,” Wiggins said. “You’re not going to win games putting in a half effort. We started the game great, but when shots don’t fall, that affects every other aspect of the game.”

Garza fulfilled his stature as the leading scorer in the nation (27.5 points per game) with another consistent effort in the lane and beyond the arc. He has scored at least 20 points in 19 successive Big Ten games, the longest such streak in more than three decades.

It was a particularly satisfying victory for Garza, who played at Maret High in nearby Washington, D.C.

“It means the world,” he said. “It took me three tries. I’m excited I was able to get it done. I have a lot of family here, and lot of friends here.”

Players from both teams took a knee at midcourt before the opening tip as a show of unity against injustice in our society. Maryland players broached the idea to the Hawkeyes, who readily agreed to participate.

Iowa: The Hawkeyes showed poise and patience on the offensive end after falling behind early, and played excellent defense while making up the deficit. Garza is the main reason why Iowa is a force, but the Hawkeyes’ discipline, depth and speed are also instrumental.

Maryland: It’s been a struggle for the Terrapins since they upset Wisconsin on Dec. 28. Their shooting is off, they’re a step behind on defense and simply don’t have the height to contend with an athletic big man such as Garza.

Terrapins senior guard Darryl Morsell returned from a one-game absence after fracturing a bone in his face when hit by an elbow against Michigan on Dec. 31. Wearing a protective mask, Morsell came off the bench to score three points in 22 minutes.

Iowa: The Hawkeyes on Sunday host Minnesota, which beat Iowa 102-95 on Christmas Day.

Maryland: The Terrapins face another Big Ten powerhouse Sunday, No. 12 Illinois on the road.