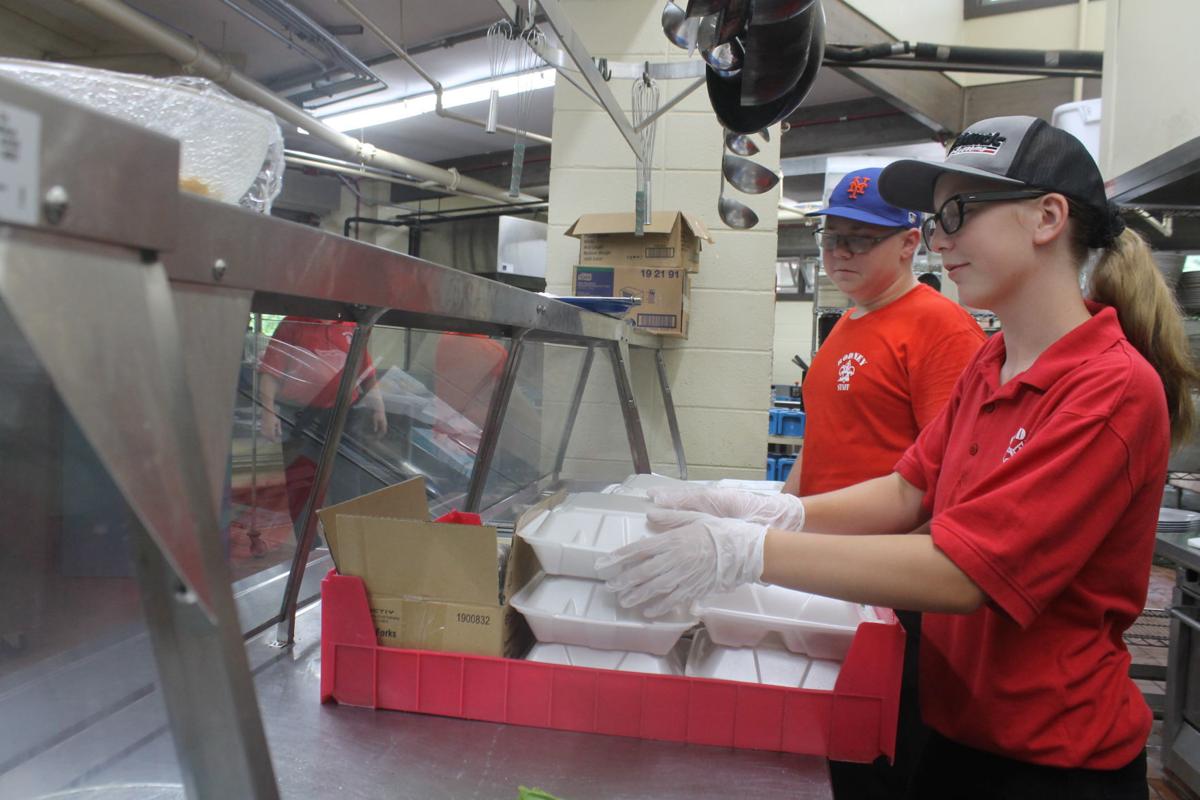 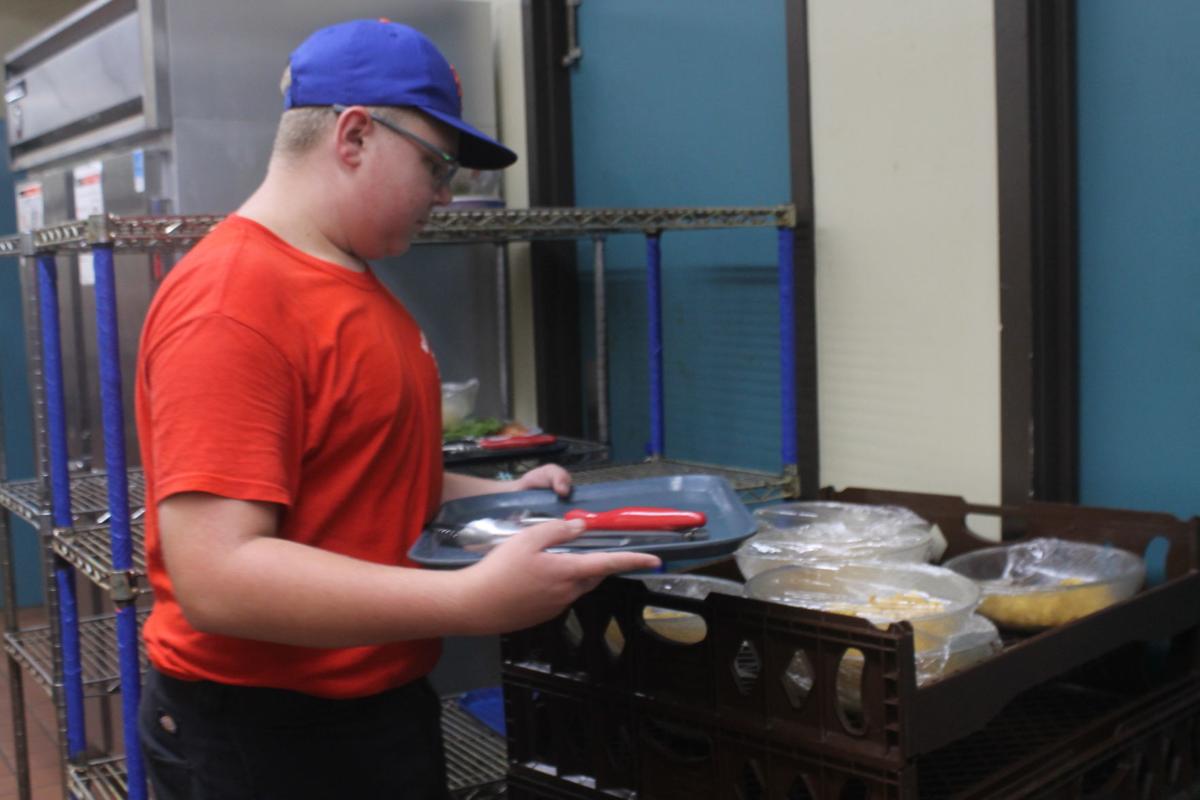 A student, who is participating in Cecil County Public Schools’ Summer Youth Employment Program, works in the kitchen at Camp Rodney summer camp.

A student, who is participating in Cecil County Public Schools’ Summer Youth Employment Program, works in the kitchen at Camp Rodney summer camp.

NORTH EAST — Whether it was working in a kitchen, at an airport or a number of other sites, students got the chance to gain work experience through Cecil County Public Schools’ Summer Youth Employment Program.

The six-week program, which wrapped up its second year at the end of last week, matched students ages 14-21 with jobs at various project sites around the county so they could build relationships and gain skills that could make them more marketable to future employers.

“There have been studies that have said that youth who have employment experiences prior to graduation have a better chance of being successful and more productive citizens after they graduate,” said Chrissy Webster, the program’s summer coordinator.

Webster said the program is also beneficial for the businesses involved as they receive “free labor” from the young people. Through a partnership with the Maryland Division of Rehabilitative Services (DORS), CCPS pays for the students’ wages, liability, workman’s comp, and transportation to the job sites if the students cannot get there themselves — as well as the wages of the adult work-based learning instructors, who provide on-site support throughout the summer.

This year’s program began with 30 student participants and ended with 25, after a handful of students were able to find their own employment outside of the program and another student had to be dismissed based on their lack of dependability.

Before summer begins, Webster sends out a survey to high school students between the ages of 14-21. Later, she and a DORS representative meet with students and provide them with an application for the program.

Webster tries to match the students with a job that interests them based on a career interest survey. For example, if a student is interested in becoming a cook, Webster might have them work in a kitchen.

Natelege Bullock, a student who worked at the climbing tower at Camp Rodney, the Scout camp in Elk Neck, said she was wary of her placement at the beginning of the six weeks, but she grew to enjoy it as the summer went on.

“When I first got here, I wanted to switch in like two days,” she said. “But I stayed and it’s fun to be at the tower. I learned different things and different techniques to teach other people.”

Eventually, Bullock said she would like to become a dance teacher, and that her experiences instructing kids how to use climbing equipment was a good first step toward that goal of being a teacher.

Bullock said the climbing tower offers many opportunities for her to have fun with the kids at the summer camp and make learning a fun process.

“To teach them how to throw the rope, we say ‘Yeet it.’ We say different terms to make people laugh,” she said.

But she said it also allows the kids to learn life lessons, such as the importance of working together.

“If they need help climbing up, they can’t really look down. So [they have to rely on others] to tell them where the rock is,” she said.

During the program, Webster said the students are evaluated on a variety of objectives such as dependability, cooperation, quality of work, work performance, professionalism, good attitude toward work, and motivation/initiative. Then, at the end of the program, the instructors will provide each student with a final report that shows them what skills they need to work on to improve their vocational ability.

“They can take that and go back to school … and then use that information to help guide any assistance that they may need during the school year to build on those skills,” said Scott Cheesman, one of the work-based learning instructors.

Cheesman said students might not be able to do everything the job calls for right off the bat, but the program is about developing those necessary skills along the way.

“It’s not necessarily that our students are able to walk into a new situation and be able to master it immediately, but the goal of the program is for them to learn how to work through different challenges and become more self-dependent as the summer goes along,” he said.

Lisa Torres, another work-based learning instructor, said that since she and her fellow instructors are CCPS teachers throughout the rest of the year, the program participants can always reach out to them for employment assistance after the summer is over.

“We’re teachers, so they can always contact us throughout the year if they need help with that process,” she said.

Although this summer’s program is completed, Webster said some of the students have left such an impact on their host sites that they’ve been offered opportunities to stay on.

“We have had some students who have impressed the employers so much that they will be continuing after our program stops,” she said.

“We’re hoping to expand it,” she said. “The only thing that limits us is our business connections, finding job opportunities for our students.”

If businesses are interested in being involved with the program and sponsoring a student, they can contact Webster at 410-996-5799 x 107.

Having watched students learn and grow as workers over six weeks, Cheesman was happy to know that they had this experience to help launch their future careers.

“We prep the kids to get ready for leaving high school all the time, but it’s nice to see them actually in a work environment and connecting dots and having a good time doing it,” he said.