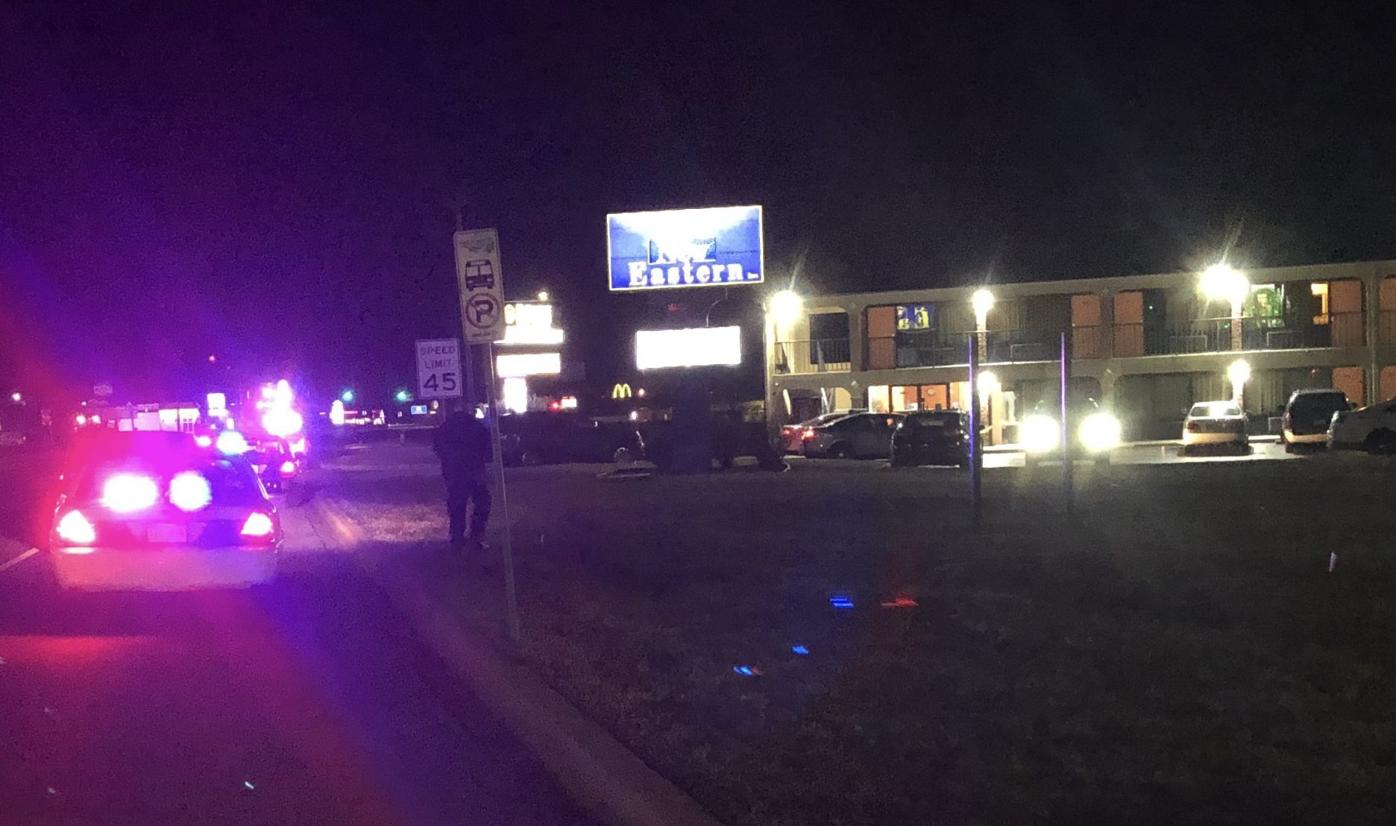 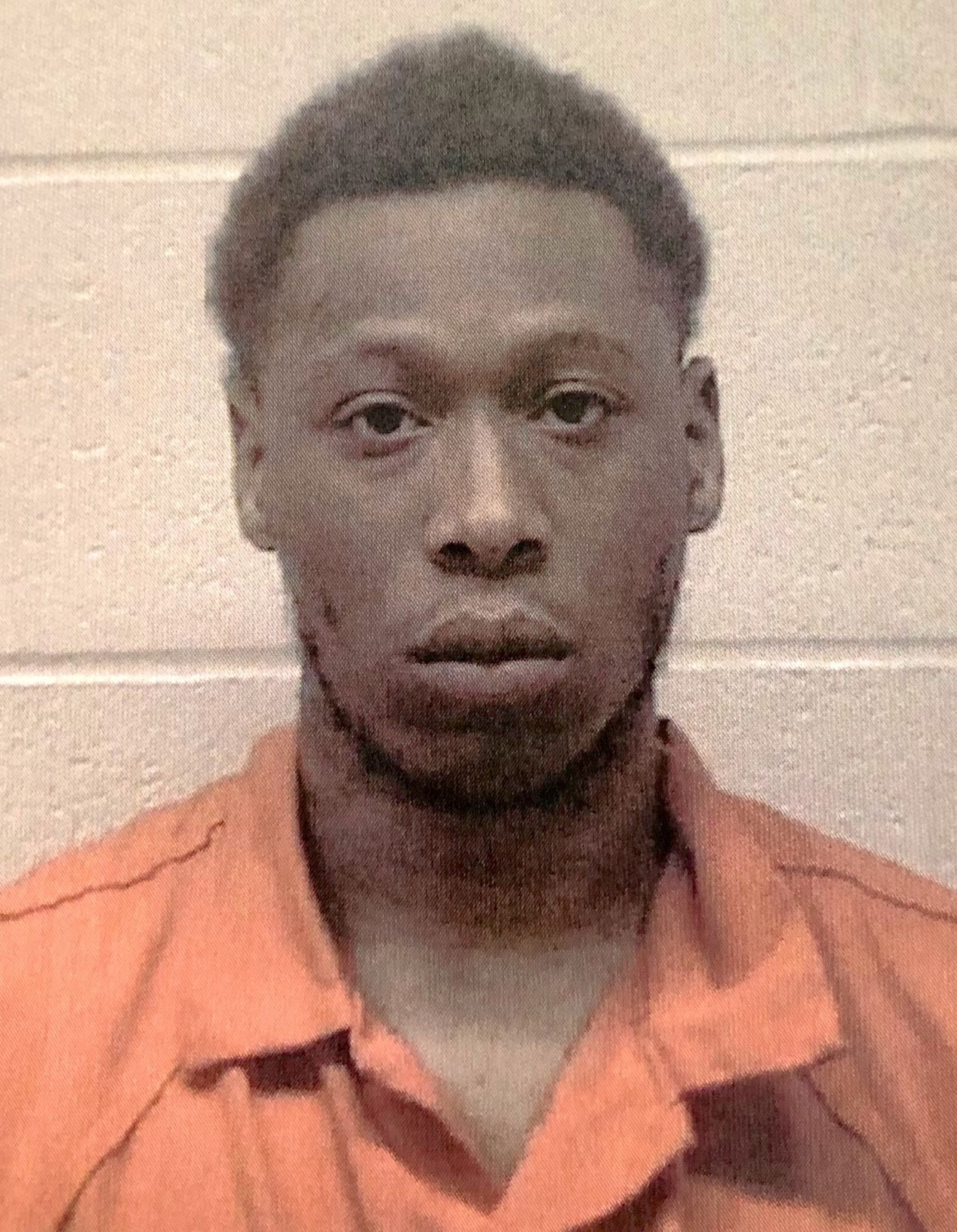 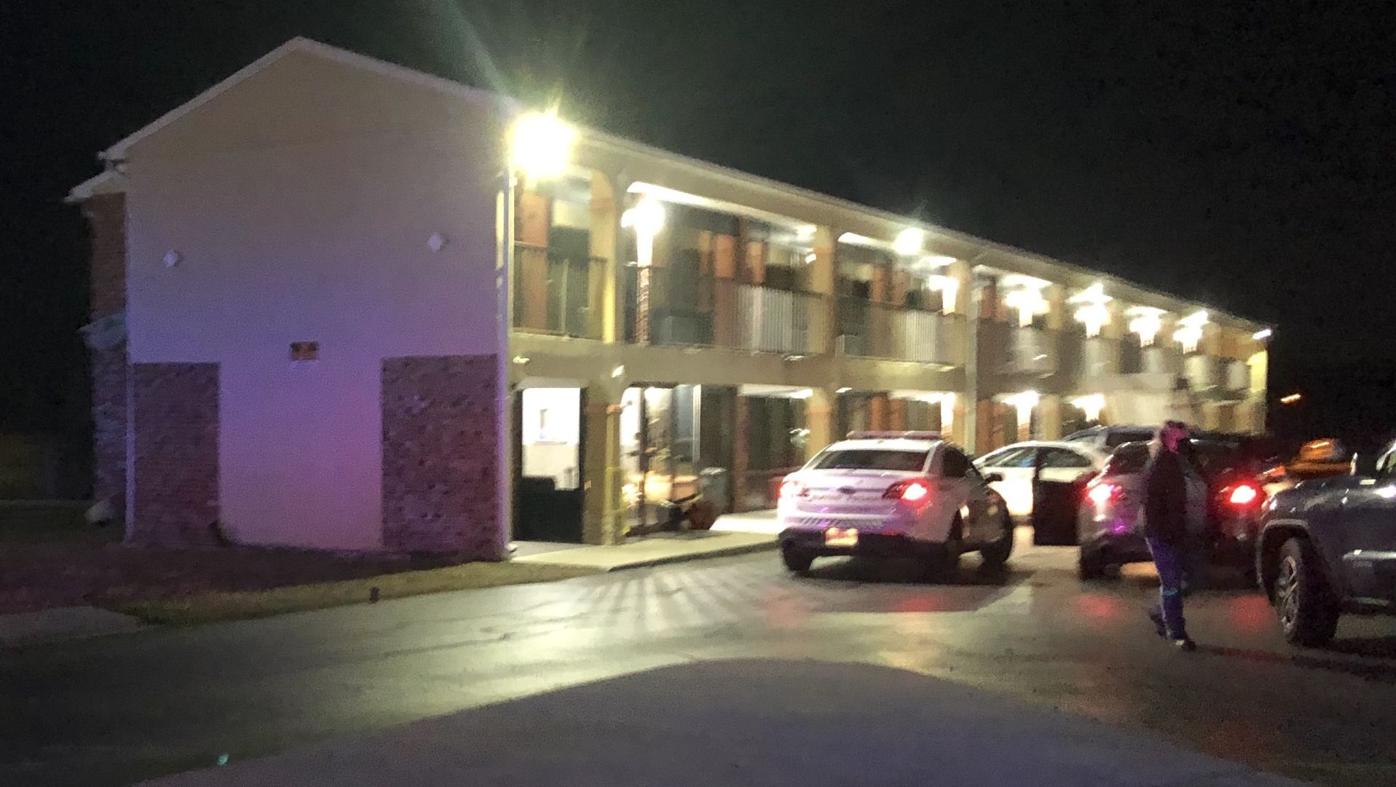 ELKTON — A Delaware man is in custody on murder charges after he allegedly opened fire on the married owners of an Elkton motel in the lobby of their establishment on Friday night — killing the woman and critically wounding her husband, according to police and Cecil County District Court records.

Investigators identified the suspect as 26-year-old Hakeem M. Evans, a Newark, Del., resident who was a guest at the New Eastern Inn at 291 E. Pulaski Highway (Route 40) when he allegedly fatally shot Ushaben Patel, 59, and critically wounded her husband, Dilipbhai Patel, also 59, through a glass partition in the office lobby.

Lt. Lawrence Waldridge of the Elkton Police Department told the Cecil Whig that EPD investigators arrested Evans, who had fled from the scene, at the nearby Royal Farms store at 1199 E. Pulaski Highway in Elkton without incident shortly after the shootings. Before making the arrest, an officer had spoken to Evans on the phone with the assistance of Evans’ mother, Waldridge confirmed.

EPD Det. Joshua Leffew is listed as the arresting officer in court records.

After receiving a report of a shooting, EPD officers responded to the motel at approximately 9 p.m. Friday and found Ushaben Patel dead in a residential area behind the lobby office, according to charging documents, which show that she had suffered a gunshot wound to her chest.

Dilipbhai Patel had suffered a gunshot wound to his hip, police said. An ambulance crew took him from the motel to Christiana Hospital in Delaware, where his condition was listed as stable on Saturday afternoon after arriving there in critical condition, police added. An updated medical condition for Dilipbhai Patel was unavailable as of Tuesday night.

Surveillance cameras videotaped the shootings, court records show. EPD investigators were able to determine that the shooter seen in that footage was Evans, the same man who had rented Room 206 at that motel at some point before the incident, police reported. Charging documents indicate that EPD officers also were able to speak with witnesses.

Waldridge said there was a dispute over the room Evans was staying in. As of late Saturday afternoon, however, investigators still hadn’t determined the particulars of that dispute, he reported.

After his gun apparently jammed, according to charging documents, Evans ran back to Room 206 and then fled from the motel in a vehicle, which was occupied by another person who is not identified in court records.

An EPD officer was able to contact Evans’ mother, who, earlier, had driven Evans to the New Eastern Inn, police reported.

“Both Evans’ mother and the officer spoke with Evans by telephone and attempted to get him to turn himself in. He did not want to do so immediately, but he was eventually taken into custody,” court records show.

EPD investigators checked Evans’ criminal record, which showed a May 2014 conviction in Delaware for second-degree assault (recklessly or intentionally causing physical injury with a weapon), according to charging documents.

Because of that felony conviction, Evans is prohibited from possessing a firearm, court records allege.

After his bail review hearing on Monday morning, Evans remained in the Cecil County Detention Center without bond on Tuesday, according to court records.

During that proceeding, Emily Gillis, a court-appointed defense attorney who had been assigned to represent Evans only for his bail review hearing, told Retired Cecil County District Court Judge Stephen J. Baker that Evans has a 10th-grade education; that he is unemployed; that he is single and that he has two children, ages 3 and 4.

The defense attorney asked the judge to set an unsecured bond, meaning that the defendant is released from jail and that the set bail amount — which she did not specify in her request — must be paid only if the defendant fails to appear for court.

Assistant State’s Attorney Ashley Greaf, however, asked that Evans be held without bond, opining that Evans is “an extreme danger to the community” based, in part, on the firearm-related murder and attempted murder he allegedly committed at the motel Friday night during what, according to charging documents, appeared to be a dispute with the victims.

“I believe the argument stemmed over pay for a room,” Greaf told the judge.

In addition, Greaf reported that Evans has a criminal record that includes offensive touching and second-degree assault, as well as third-degree assault and harassment, both of which stem from domestic incidents.

When Baker asked Evans if he wanted to say anything on his own behalf regarding bond, Evans told the judge, “I just want to see my family.” Clad in an orange inmate uniform, Evans appeared in the courtroom on a closed-circuit television screen while in custody at the county jail.

Baker opted to hold Evans without bond, citing the reasons that had been listed by Greaf.

The Asian American Hotel Owners Association released a statement that the group is “shocked and outraged” by the murder and shooting at the Elkton hotel.

“We offer our deepest sympathies to Dilipbhai Patel and his family, and our community is mourning with them today. Attacks against hoteliers continue to increase, and this is yet another horrendous episode of violence against Asian Americans that is plaguing our society,” said AAHOA president and CEO Cecil P. Staton.

Staton said this further compounds the stress in an already stressful occupation.

“Throughout the COVID-19 pandemic, hoteliers have worked to ease the tensions of everyday life for their guests. The past year placed undue anxiety, pain, and uncertainty on our nation, yet hoteliers continue to welcome guests into their hotels and their communities,” he said in the statement. “This crime compounds the anxieties hotel owners face. Every hotelier knows that something like this could happen to them at any time.”

He concluded by saying he was confident that Maryland authorities would help the Patel family find justice.