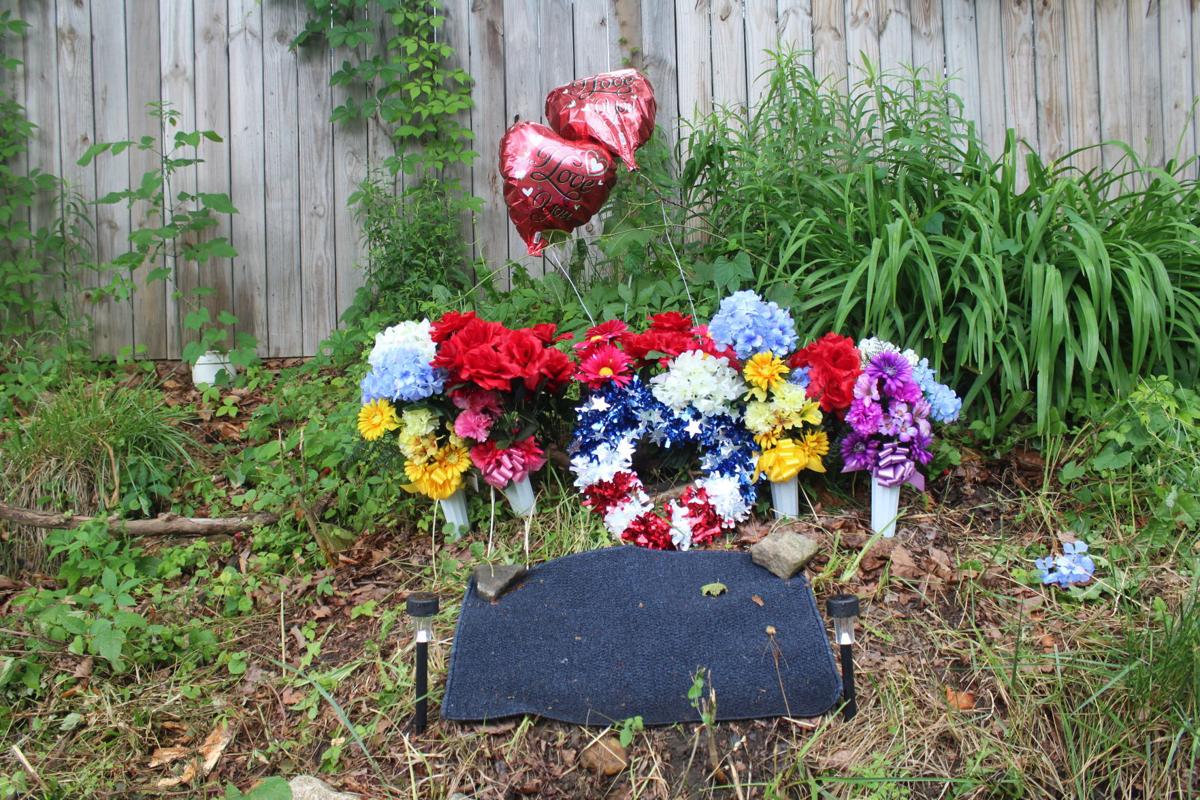 A roadside memorial on Mechanics Valley Road north of U.S. Route 40 is set up after four members of the Shackelford-Jackson family were killed in a car crash Thursday night, including three children, and two others were injured. 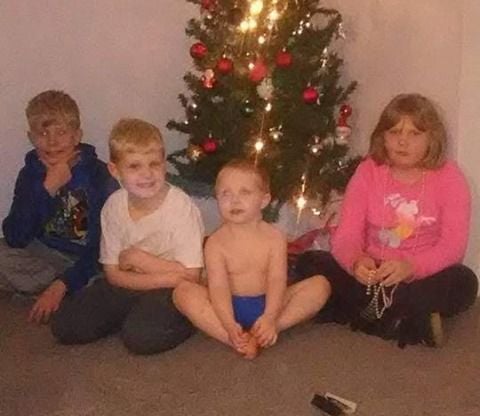 From left to right, David Jackson Jr., 13, survived Friday’s crash, but his siblings, Talen Jackson, 9; Nolan Jackson, 4; and Ciersten Jackson, 10, all passed away from their injuries.

A roadside memorial on Mechanics Valley Road north of U.S. Route 40 is set up after four members of the Shackelford-Jackson family were killed in a car crash Thursday night, including three children, and two others were injured.

From left to right, David Jackson Jr., 13, survived Friday’s crash, but his siblings, Talen Jackson, 9; Nolan Jackson, 4; and Ciersten Jackson, 10, all passed away from their injuries.

NORTH EAST — A Bay View-area family is forever changed after a Thursday evening crash claimed the lives of three young children and their uncle, and left their oldest sibling and grandmother with life-threatening injuries.

About 9:36 p.m. Thursday, Cecil County Sheriff’s Office deputies were dispatched to a reported collision with an ejected individual in the 600 block of Mechanics Valley Road near North East, according to CCSO Chief Deputy Gerald Widdoes. A deputy reportedly arrived within one minute and another deputy arrived within two minutes of the dispatch — and upon arrival found a horrific scene.

A 2005 Saturn Vue sport utility vehicle carrying six members of the Shackelford and Jackson family struck a 1999 Chevrolet pickup truck, and two of the children were unresponsive on arrival, police reported. The patrol deputies immediately began CPR on the two children, Widdoes reported.

Also declared deceased at the scene was the Saturn’s front seat passenger, Anthony “Tony” Shackelford, 34, who was the uncle of the children in the car, police reported.

Meanwhile, two more people were in critical condition as of Friday: a 13-year-old boy — identified by family as the eldest sibling, David Jackson Jr. — was flown to Nemours/Alfred I. duPont Hospital for Children in Delaware; and the driver of the Saturn, Mary E. Shackelford, 53, was also flown to University of Maryland Shock Trauma, Widdoes reported.

As of Tuesday afternoon, Mary Shackelford — who is the grandmother of the children — remained in critical condition, according to police. Family told the Whig that David Jr.’s condition had improved as of Tuesday, but that he suffered serious injuries.

The driver of the pickup truck, James T. Tobin, 24, of Elkton, was taken by ambulance to Christiana Hospital in Delaware with what is believed to be non-life-threatening injuries, police reported.

According to the preliminary investigation, Mary Shackelford was traveling south on Mechanics Valley Road when she lost control for an unknown reason and her vehicle subsequently spun sideways where it was struck by Tobin’s northbound pickup truck, police reported. The crash scene was less than 3 miles from the Stoney Chase Drive home of Mary and Tony Shackelford off Bouchelle Road.

Preliminarily, CCSO investigators do not believe that all of the children were wearing seatbelts, but the agency hopes to have a clearer picture on the circumstances surrounding the crash later this week, Lt. Michael Holmes, a CCSO spokesman, told the Whig on Tuesday.

Aiding in the response Thursday night were Cecil County Department of Emergency Services paramedics; North East, Singerly and Charlestown fire companies; and three helicopters from the Maryland State Police and Delaware State Police. Mechanics Valley Road was closed with the assistance of the Cecil County Roads Department and Fire Police.

Anyone with information concerning the collision is asked to contact the Cecil County Sheriff’s Office at 410-996-5500 and refer to case number 19-41663.

Additional information will be provided as the investigation progresses.

In a prepared statement Friday afternoon, Cecil County Executive Alan McCarthy expressed the sadness he felt when he learned of the incident, and said he shared in “the grief of our community at the loss of lives in this fatal collision.”

“Though words can do little, we extend our thoughts and prayers to their families and friends during this very tragic time,” he said. “We can only pray that the individuals who survived will make a full recovery.”

McCarthy also noted the service of the law enforcement and emergency officials who assisted with the situation.

“My thoughts are also with our first responders, officers, dispatchers and emergency medical personnel as I can only imagine how difficult this tragedy was for them as well,” he said. “Their dedication to serving the citizens of Cecil County is often met with severely tragic situations. Please hold them, as well as families, friends and our entire community close during this time of sorrow. May peace and comfort find each of us as we mourn.”

A Critical Incident Stress Management (CISM) team was activated for deputies, EMS, and fire/rescue personnel to talk with counselors.

Cecil County Public Schools Superintendent Jeff Lawson also joined community members in grieving the CCPS students who lost their lives in the incident, and expressing his condolences to their loved ones in a prepared statement Friday afternoon.

“Our hearts are heavy today as we mourn the tragic loss of life that occurred as a result of yesterday evening’s accident,” he said. “Not only were they fellow members of our Cecil County community, but they were also students in the CCPS family. The thoughts and prayers of the entire school system are with the family, friends, and loved ones of those involved.”

Lawson pledged CCPS will provide any support it can to those affected by the incident.

“We share in their grief and will continue to provide whatever support we can,” he said. “I would like to thank the first responders and emergency personnel who were present to assist following the accident; the work of these individuals provides a critical service in the most tragic of circumstances and we are forever grateful for their unwavering willingness to do so.”