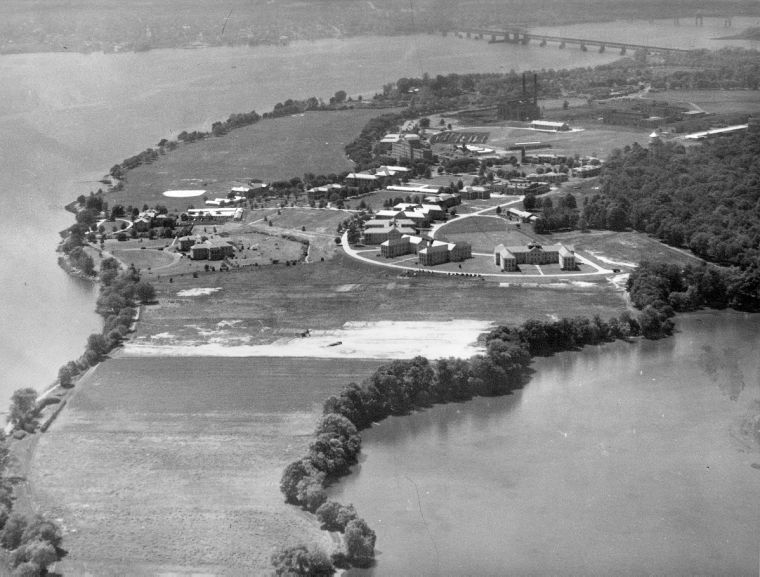 Perry Point saw a varied early history from hunting grounds of the Susquehannock tribe to colonial holding to mill and fishing base. 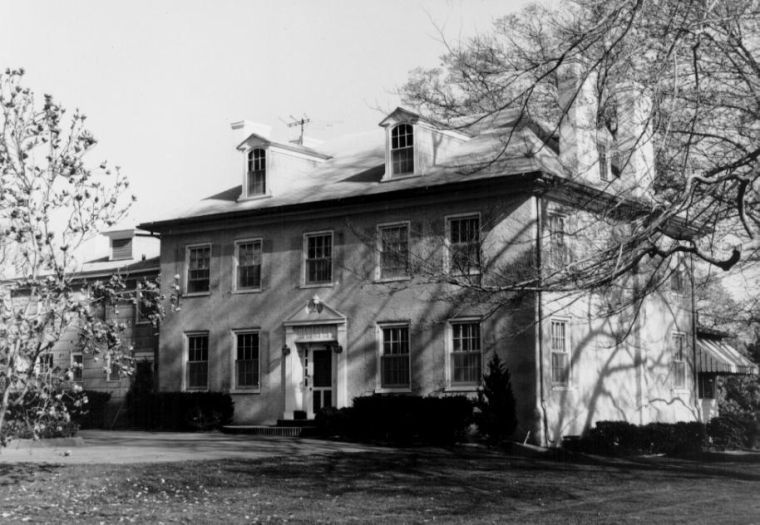 The Mansion House built by the Thomas family contains bricks shipped from England. 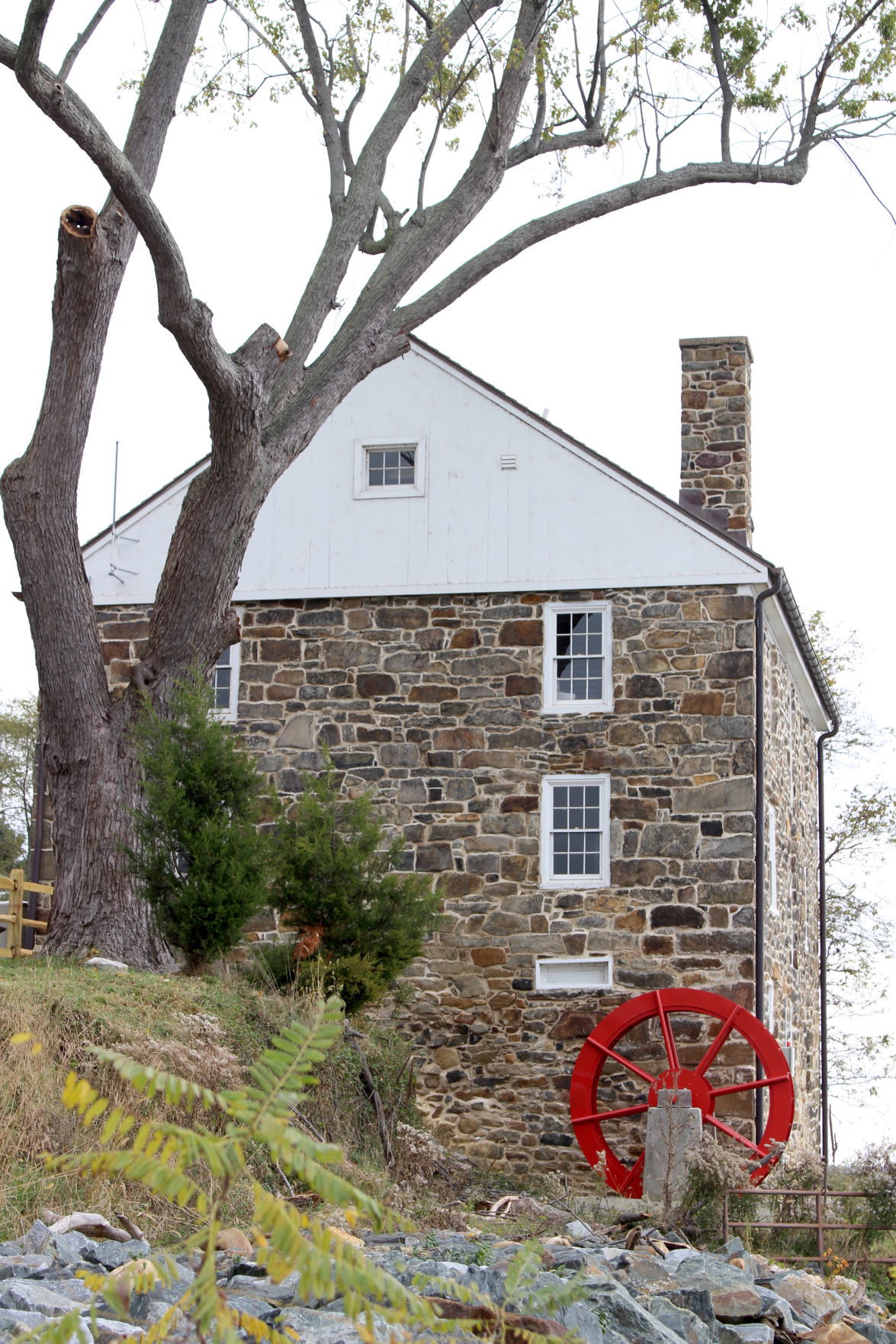 As part of the preservation, the Maryland VA installed a replica waterwheel to the Perry Point Veterans Museum at the Grist Mill. 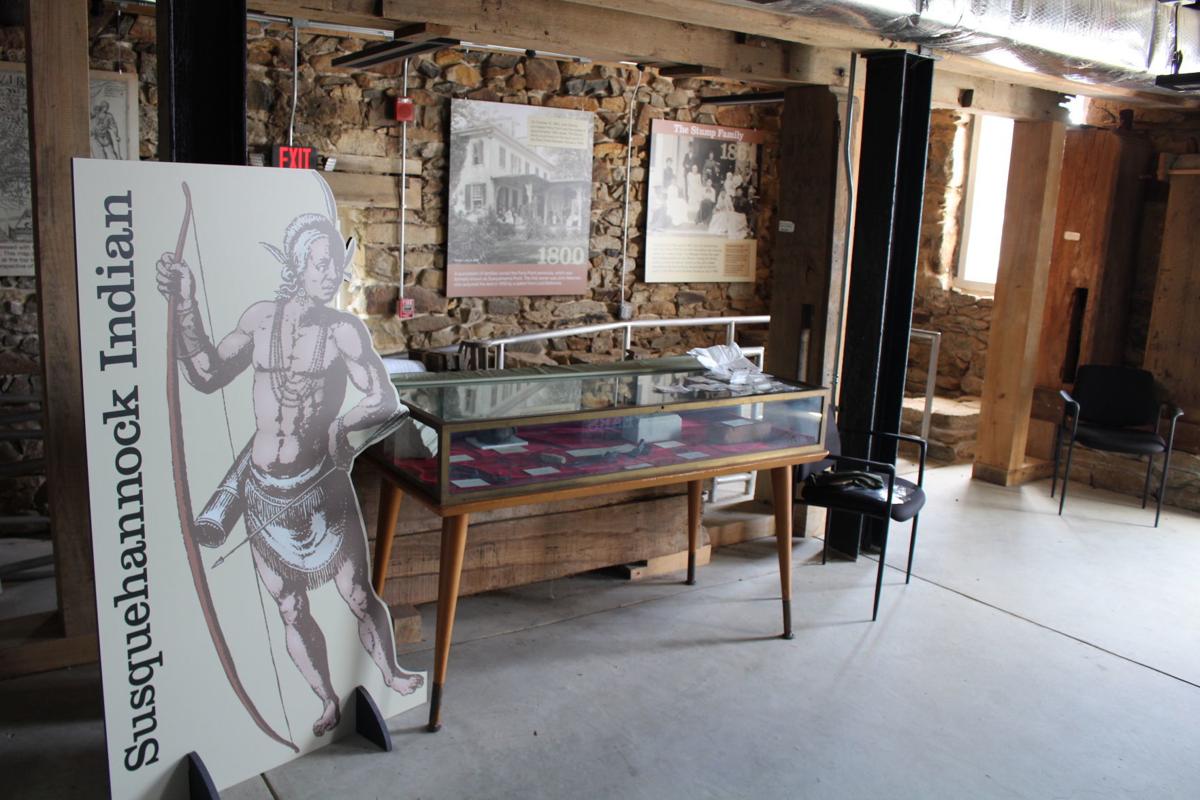 The bottom floor of the Perry Point Veterans Museum is dedicated to the property’s history through the Civil War.

Perry Point saw a varied early history from hunting grounds of the Susquehannock tribe to colonial holding to mill and fishing base.

The Mansion House built by the Thomas family contains bricks shipped from England.

As part of the preservation, the Maryland VA installed a replica waterwheel to the Perry Point Veterans Museum at the Grist Mill.

The bottom floor of the Perry Point Veterans Museum is dedicated to the property’s history through the Civil War.

PERRY POINT — As seen from the air or by boat, the land that houses the Department of Veterans’ Affairs facility known as Perry Point, is truly a “point” in the Susquehanna River at the head of Chesapeake Bay.

Likely it was known simply as “the point” by the first settlers to arrive in the area, and perhaps even earlier by a similar interpretation by the Susquehannock, who certainly used the land for hunting and fishing as artifacts found on the property attest.

It was in 1658, a half century after Capt. John Smith rowed by the land, that John Bateman took up the massive tract of land in a patent from Lord Baltimore. Just a few short years later in 1661, Capt. James Neale, as Lord Baltimore’s representative, sailed up Chesapeake Bay to be received at what became Perry Point by the governor, who was there to formally take possession of the land from the native peoples on behalf of the Crown and the English.

The grant Lord Baltimore had drafted, which included “Susquehanna Point” contained 30,000 acres. In 1680, Baltimore’s cousin, Irish-born Col. George Talbot, began populating this massive tract of land with settlers he brought over from his native shores. After Talbot returned to the old sod, the land was taken up in 1710 by Capt. Richard Perry, which revised the land from Susquehanna Point to the more familiar Perry Point. In 1729, Philip Thomas, of Mount Ararat at Port Deposit, owned the property which he left to his son, Samuel, in his will in 1763, who then willed it to his son, Richard Thomas, in 1784. It was during the Thomas family ownership that the great Mansion House was built of bricks brought to the property as ballast in ships from England.

On Oct. 13, 1800, John Stump purchased the then 1,800-acre Perry Point property, where he took up residence in the Mansion House, which is of Georgian style architecture with two fronts — one called “The Drive” and the other “The Garden Front.” The brick home makes heavy use of cherry, walnut and pine wood throughout the structure, with cupboards in several rooms made of redwood.

It is not known whether it was the Stump or Thomas family who installed certain elements to the grounds surrounding the mansion, but whomever planted the original seedlings, they have grown into lovely specimen trees and ornamentation including oak, palina, buttonwood, holly and boxwood, as well as evergreens, Japanese yews, junipers and Austrian boxwood. One of the beech trees on the property is, according to local legend, a relic from the day it was planted by the visiting Gen. Marquis de Lafayette, who toured the mansion with his friend and comrade Gen. George Washington.

The Stump family retained the property into the early 1900s, despite being ejected from Perry Point as slaveholders when the federal government took over the plantation to serve as the “great Civil War Mule School,” under order by Gen. George B. McClellan early in 1861. Once the school moved on and the Stump family returned, they found they had a ruinous mansion house, lands and numerous outbuildings to repair, but they completed the task.

One of the structures that required attention was the old mill, to the rear of the mansion house on the waterfront that was built of stone in 1750. Many original walls and implements remain of the mill, and it, along with the Mansion House, are the oldest structures in the inventory of the VA. When the mill was in heavy use for farmers in the neighborhood, it operated using a large underwater wheel to turn the grinding equipment. After 1800, the mill was used as a granary for the boats trading along the Chesapeake Bay and Susquehanna River. John Stump also used it as part of his extensive fishery and fishing operations.

The mill, serving almost as a landmark to the fishing endeavor, was the base for nets spread nearly a mile out into the Susquehanna River for catching and hauling huge quantities of fish. A winding mechanism installed at the mill allowed fish to be hauled toward shore in these nets using actual four-legged horse power to pull in hundreds of wagon loads of bass, perch, herring, rock fish, and for just a few months each spring, the local delicacy of shad.