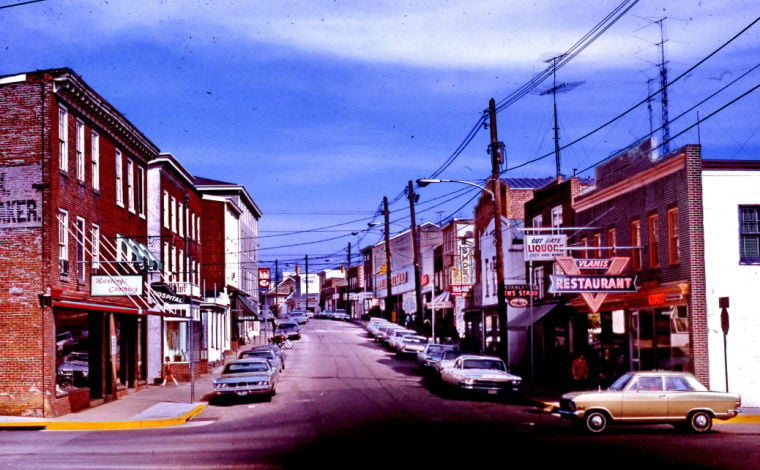 A view of Main Street in Elkton circa 1971 courtesy of the Historical Society of Cecil County’s Robinson file. 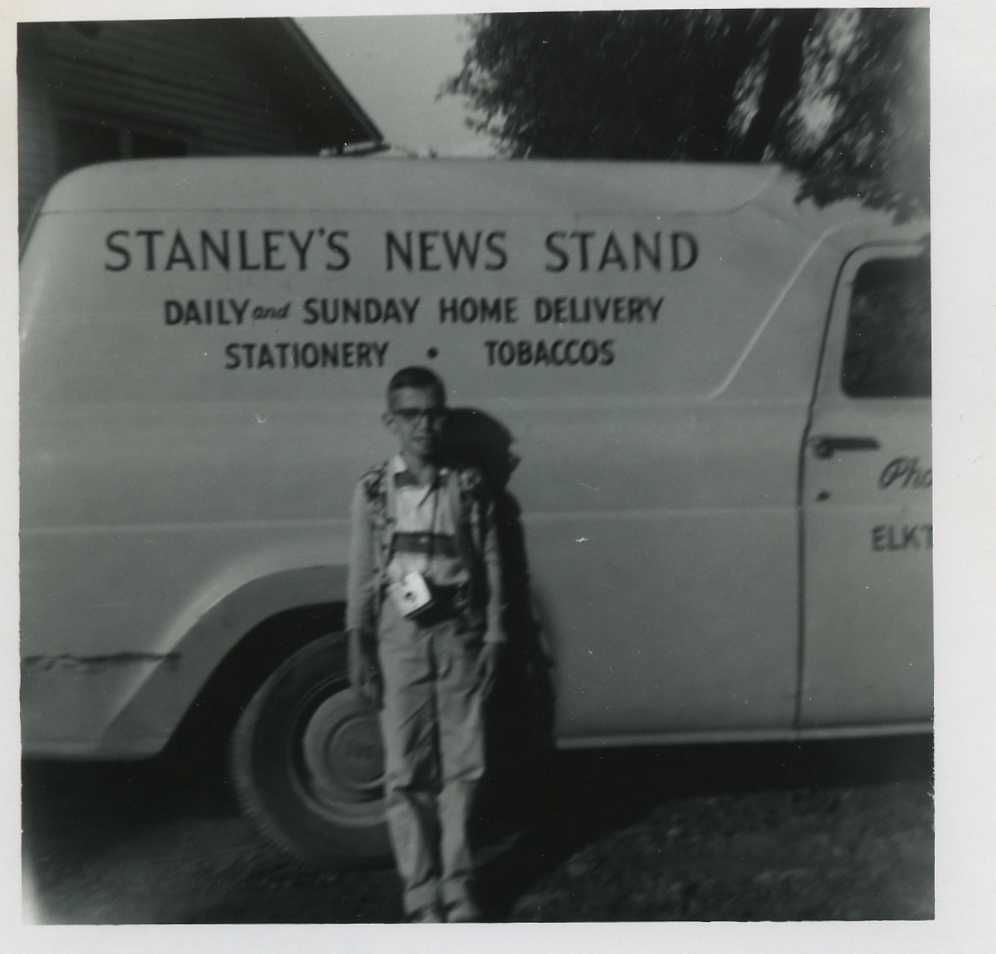 Stanley’s News Stand in Elkton was a popular place for teens to buy the latest records in the 1960s.

A view of Main Street in Elkton circa 1971 courtesy of the Historical Society of Cecil County’s Robinson file.

Stanley’s News Stand in Elkton was a popular place for teens to buy the latest records in the 1960s.

ELKTON — To get a glimpse of what life was like at the time, the Historical Society of Cecil County recently interviewed two sisters, who were both teenagers growing up in Elkton during the early to mid-‘60s.

Geraldine McKeown and Linda Singleton (Peterson) are the two oldest siblings of nine children born to a hard-working, middle class farming family of Fair Hill. The sisters reminisced about their memories of Elkton, their summer jobs, the popular hangout spots, and of course the fashion of the times.

It was the summer of 1963 and the Peterson sisters were preparing for their summer employment, planning get-togethers with friends, shopping, going to dances, and enjoying their youth.

Geraldine, 18 years old at the time, recalled that she had been hired for the summer to work at Hershey’s, a popular hangout spot on Main Street in Elkton. The shop had a jukebox and soda fountain that offered cherry coke, a favorite flavor for teenagers at the time. Geraldine spent her summer making subs, hotdogs, hamburgers and milkshakes.

Linda, three years younger than Geraldine, had just completed her freshman year at Elkton High School and was ready to return to her job at the library that she had loved so much from the summer before. Minimum wage at the time was $1.15, but being a teenager back then you took what you could get so Linda didn’t question her rate of pay, which was only 50 cents per hour.

Linda recalled that she was jealous of her older sister, who was earning $1 per hour at Hershey’s. At that time, the library was located in this very building that is now the home of the historical society. Linda had expected that she would be doing the same job as before, helping to sort and stock books, as well as reading to the children that came in each day. Linda was instead assigned to work on the Bookmobile. Linda didn’t know it at the time, but she would end up working on the Bookmobile each summer thereafter until she graduated from high school. She would make fond memories with the ladies who drove the Bookmobile and she would develop a love of reading that has stayed with her all of these years.

Before graduating from Elkton, Geraldine had previously worked at J. J. Newberry’s in the jewelry and cosmetic department. She recalled that there was a fish tank and baby turtles that you could purchase. There was a lunch counter and a mechanical horse that was popular entertainment for kids. Geraldine remembered that Newberry’s also had public restrooms in the basement, but you had to pay to use them — she was not a fan!

Both sisters recalled Faez, a popular dress shop on Main Street, where they both liked to shop. Geraldine remembered buying white Capri pants and a white pullover top with a red, white, and blue nautical V-neck. Linda remembered loving their selection of dresses, which, in her opinion was better than any other shop in Elkton.

“Other than Faez, you had to go to Newark or Wilmington to get quality dresses,” she said. “I would put a dress on layaway and pay on it each week until it was paid off.”

Geraldine stated that she didn’t remember having to put anything on layaway and Linda remarked, “That’s because she earned 50 cents more per hour than I did!”

Geraldine recalled that Bobby socks were still in fashion, along with penny loafers and Bermuda shorts. Geraldine said that she owned a pair of woolen Bermuda shorts that she would wear with knee-high socks and a blazer to achieve the “preppy” look. You never wore pants to school! Jeans, or Dungarees as they were referred to, were just to be worn at home or for working.

“Hairstyles were long and the in-fashion look was to tease your hair at the roots so that it stayed high on your head,” Geraldine recounted.

The popular spot for teenagers was Canteen, a dance held at the Armory on Saturday nights. There was always a live band and the place would be packed with teens dancing and socializing. The band would take a 30-minute intermission and as Linda recalled, everyone would head down to the bowling alley to get a pizza and a soda because the Armory didn’t serve refreshments. Linda said the Armory had a strict 30-minute window and if you didn’t make it back in time, they would lock the doors on you. She reminisced, amusingly, that teens would be seen crawling through the bathroom windows of the Armory in a desperate attempt to get back into the dance.

Records — or 45s to be exact — were the vehicle for listening to your favorite music at the time. Linda recalled that the place to buy records was Stanley’s News Stand on Main Street.

“There was a section in the back dedicated just for records and that’s where we’d all be,” Linda said.

Geraldine’s favorite groups were the Everly Brothers and The Browns and Linda loved The Beatles and The Beach Boys.

A lot has changed in Elkton over the last 55 years since Geraldine and Linda were teenagers, but their memories of growing up during the Sixties seem to be as if it were just yesterday.