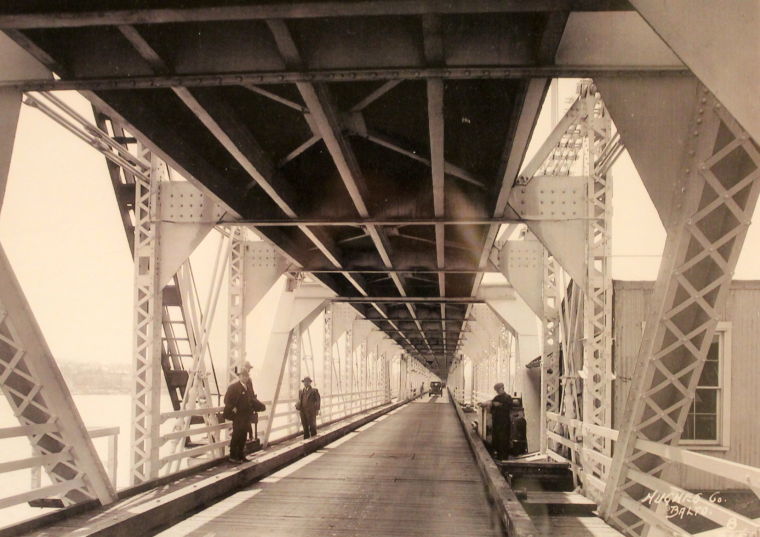 Men stand in the lower deck of the Double Deck Bridge as a car approaches in this early 20th-century postcard. 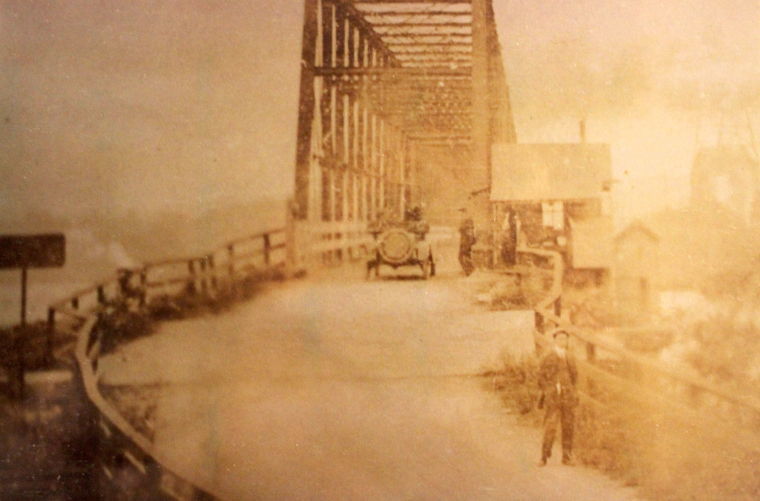 A car passes over the Gold Mine Bridge from Perryville in this postcard taken by Edward Herbner in the early 20th century. 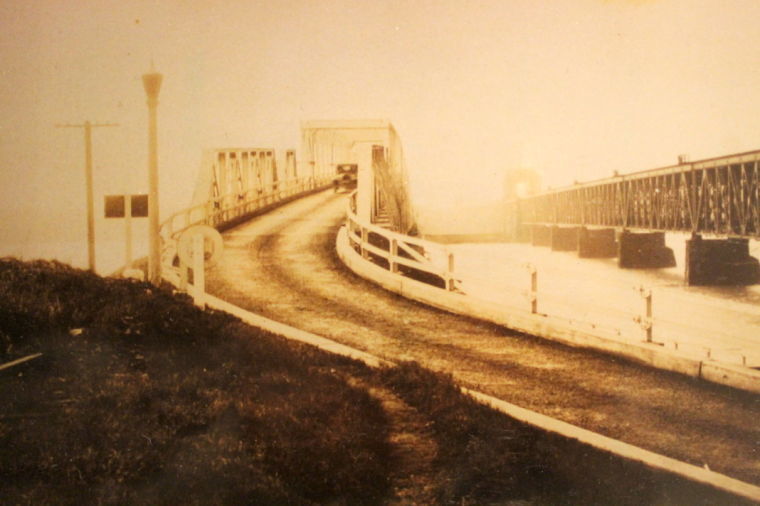 A car passes over the Gold Mine Bridge in this postcard taken by Edward Herbner in the early 20th century. 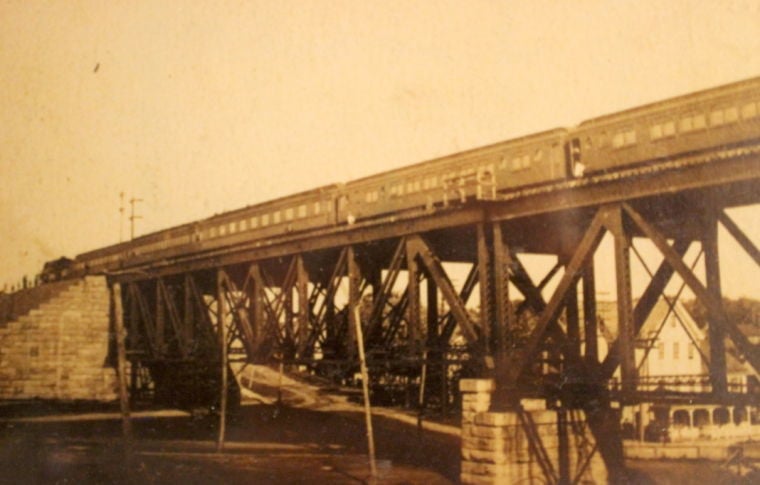 The first train out of Havre de Grace crosses the Susquehanna River Bridge in May 1906 as seen in a postcard taken by Edward Herbner in the early 20th century.

Men stand in the lower deck of the Double Deck Bridge as a car approaches in this early 20th-century postcard.

A car passes over the Gold Mine Bridge from Perryville in this postcard taken by Edward Herbner in the early 20th century.

A car passes over the Gold Mine Bridge in this postcard taken by Edward Herbner in the early 20th century.

The first train out of Havre de Grace crosses the Susquehanna River Bridge in May 1906 as seen in a postcard taken by Edward Herbner in the early 20th century.

PERRYVILLE — Writing of the Tydings Memorial Bridge that carries I-95 across the Susquehanna River recalls another bridge, this one of long ago that once crossed the Susquehanna. Never intended to be a vehicular bridge, it nonetheless put Cecil and Harford Counties ever so briefly on the map of “uniqueness” despite the bridge’s short lifespan.

The bridge in question was frequently called the “old railroad bridge” by locals as it had been built to carry trains over the Susquehanna River between Perryville and Havre de Grace. However, when that bridge became obsolete by a larger railroad bridge running across the river not far from the original, the old bridge was offered to either county by the railroad.

Each of the partners kicked in a small amount of capital to make minor repairs to the span and opened it to traffic in 1910. Soon the locals took to calling the span “The Gold Mine Bridge,” as the partners were reported to have made a “gold mine” in tolls they charged — with estimates placed at around $370,000 collected in tolls. That figure would equate to about $8.75 million in today’s money. Additional revenue was gleaned when the investors sold the bridge to the State of Maryland in 1923 for $585,000, which in 2013 dollars equates to more than $8 million.

The state retained tolls on the bridge for a time with a ticket book for 60 trips across the bridge, valid for 90-days, priced at $18 for an automobile, or $22.50 for commercial vehicles. Tickets were $7.50 for motorcycles or $4.50 for loaded wagons with two or four wheels. Pedestrians could walk across the span at no charge.

Several years after the state took over ownership, it began a massive reworking of the bridge to meet the demands of increased traffic, a rather steady stream of which was headed to the Havre de Grace Racetrack known as “The Graw” to bet on the ponies. Easier travel to the track equated to more in the state coffers, so a quick fix was needed to keep the traffic flowing. Further, competition was on the way with the construction of Conowingo Dam further up the Susquehanna River, which would carry U.S. Route 1 over the Susquehanna with no toll, just like it still does today.

To improve the bridge, Neeld Construction Company was hired to convert the former single-track, railroad bridge that had previously been converted to an automotive bridge, into a double-decked automotive bridge. The contract for $237,730 found the Gold Mine Bridge with a second deck with a 12-foot, 5-inch clearance, thus allowing two-way traffic — one direction on each deck. Advertisements put out by the Neeld Company declared the bridge, “the only double-decked auto bridge in the world,” and soon the bridge came to be known as the “Double Decker Bridge,” after it opened Nov. 29, 1927. (Just two weeks prior on Nov. 15, 1927, traffic had been diverted from Conowingo Bridge to the Conowingo Dam and the older Conowingo Bridge was blown up with dynamite.)

In 1928, the bridge made headlines again when the tolls were eliminated on the double-decker and electrified lights were installed that autumn. Between 1923 and 1928, in just five years, the State of Maryland had made $1.25 million in tolls on the bridge. The end of the tolls was much celebrated, especially by local residents, who celebrated free travel across the bridge by symbolically burning down the historic tollhouse during their revelry.

The Double-Decker Bridge continued in heavy use until 1940 when it, like the old Conowingo Bridge before it, was replaced by the U.S. Route 40 Bridge, now known as the Thomas J. Hatem Bridge between Perryville and Havre de Grace, which opened in August 1940. The double-decker sat idle with only occasional daredevil or “old time sake” travelers, usually pedestrians or bicyclists, using the span until 1942-1943.

The Double-Decker or Gold Mine Bridge would earn a great deal more respect in her destruction than did the old Conowingo Bridge that was felled by dynamite, as it was dismantled piece by piece between 1942 and 1943 to feed the national demand for scrap metal for the World War II effort. When demolition of the bridge was complete, sufficient material had been salvaged to built 60 sorely needed tanks for the war effort.