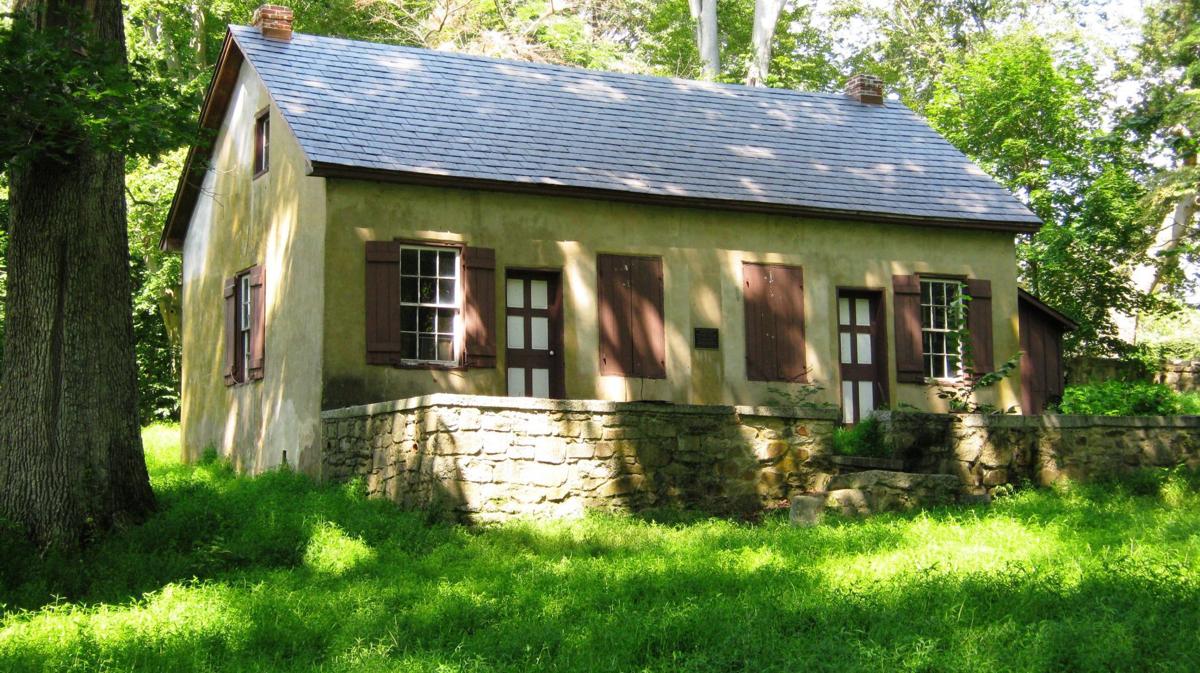 The Colora Meeting House was financed by Thomas Waring, a local Quaker, and opened in the fall of 1841. While closed today, it typically opens once a year for a service in September. 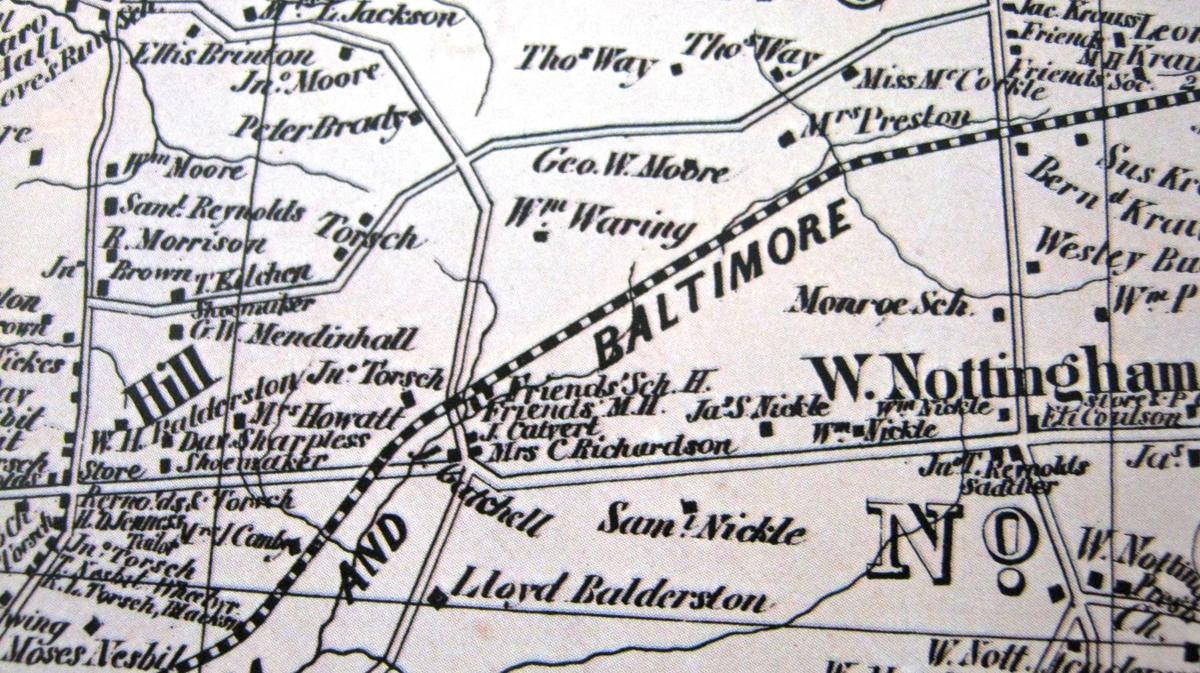 Downtown Colora can be seen on this 1858 Martenet map, where both the meeting house in the center and the Waring property to the north are noted.

The Colora Meeting House was financed by Thomas Waring, a local Quaker, and opened in the fall of 1841. While closed today, it typically opens once a year for a service in September.

Downtown Colora can be seen on this 1858 Martenet map, where both the meeting house in the center and the Waring property to the north are noted.

There have been Quakers in the West Nottingham area since at least the 18th century. Those living in the territory that was known as Nottingham, or later West Nottingham, most likely attended meetings at Little Brick, where a wooden meeting house existed long before the brick structure was erected in 1811. But a separation caused by doctrinal disagreement amongst the Quakers caused a drawing away of an orthodox group, which included some of the Friends living in the area.

Thomas Waring, a prominent local landowner, held meetings at his residence north of the crossroads in what is now Colora for a number of years. Then into the area came Lloyd Balderston, from Bucks County, Pa. Having become acquainted previously with Friends in the village, he purchased land looking to farm. It seems his arrival was the catalyst the local Friends needed to commit to building their own meeting house, for less than two years after his arrival, what was first called the Nottingham, then later the Colora Meeting was built on land donated by Waring.

Waring was born in December 1754 in County Wexford, Ireland. He arrived in America with his parents, Joseph and Mary, and four siblings in 1775. He seems to have long been established by the time of his first marriage to Sarah King Reynolds in 1798; an entry in the New Castle Monthly Meeting for 1782 states: “Thomas Waring informs this Meeting that he professes to remove to live within the compass of Nottingham Monthly Meeting and requests a certificate on the occasion, Robert Johnson & Joseph Chambers are appointed to make the needful enquiry, and if nothing appear to obstruct, prepare one, and produce at next Meeting.”

Other meeting minutes reveal that he first settled in the area served by the Brick Meeting House, later relocating to what would become Colora. Here he patented the tract “Moore’s Privilege” in 1789, adding to it in 1790 after he purchased a portion of Nathan Baker’s property bordering that which he already owned, for 55 pounds, 6 shillings and sixpence, paid in full at the time of purchase. This Waring named “Waring’s Addition.” Alas, his marriage to Sarah was a short one lasting only a few months until her death in May 1799. Rebecca Wilson became Thomas’ second wife on Nov. 11, 1800, and this union produced a son and a daughter.

Fast forward to 1841. The decision is made to build a meeting house; the land is donated, and construction by those who would eventually use the building commences. Stone and lumber for the edifice comes from the properties of the builders. The meeting house is completed in the autumn, and the first meeting is held on Nov. 21, 1841. The total cost: $640. Sadly, Waring would not have much time to experience the results of his generosity. He died in 1842 after a long illness, “a cancerous or scrophulous affection of the under lip,” at the age of 88.

The Nottingham, and later Colora, Meeting continued on through another separation during which apparently only members of the Balderston family used the meeting house, to a time of reconciliation after which meetings were held there for a further 131 years. Finally in 1985, the little meeting house was “laid down,” and the memberships transferred elsewhere. It remains under the care of local trustees and the West Grove, Pa., Monthly Meeting. Colora Meeting House now opens for worship once a year, generally on the third Sunday of September. There are artifacts and documents from its history displayed inside, and in the walled burial ground are many of the old Quaker names of the area: Michener, Levering, Howell, Waring of course, and many, many Balderstons and their relatives by marriage, including the daughter of Betsy Ross, Jane Claypoole Canby, and her daughters Elizabeth Canby and Catherine Canby Balderston, wife of Lloyd Balderston I. As you may have read in these pages last summer, Hollywood screenwriter John Lloyd Balderston, grandson of Lloyd I, is also buried here.

If you would like to learn more about local Quakers, Colora or families of West Nottingham, stop by the Historical Society from 10 a.m. to 4 p.m. Mondays or Thursdays, or from 10 a.m. to 2 p.m. on the first Saturday of a month (excepting holiday weekends). Watch these pages for information on our upcoming events.