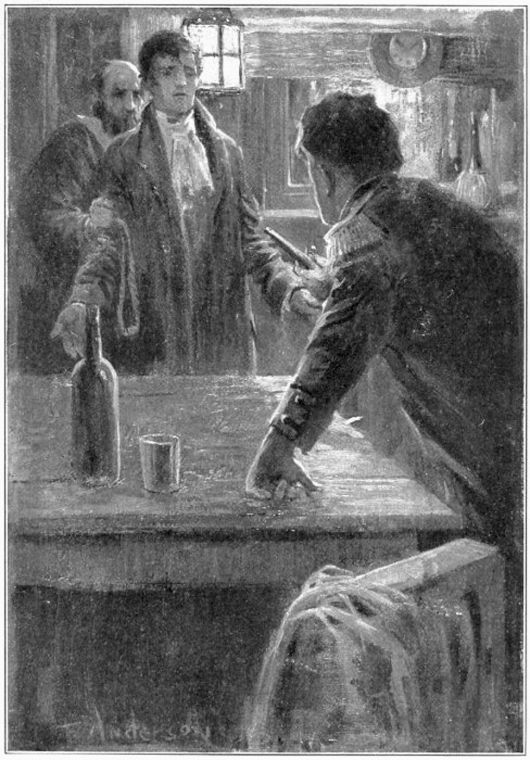 A drawing from the 1916 “Historic Events of Colonial Days” by Rupert Holland depicts Col. George Talbot being arrested aboard the Quaker after stabbing Christopher Rousby to death. 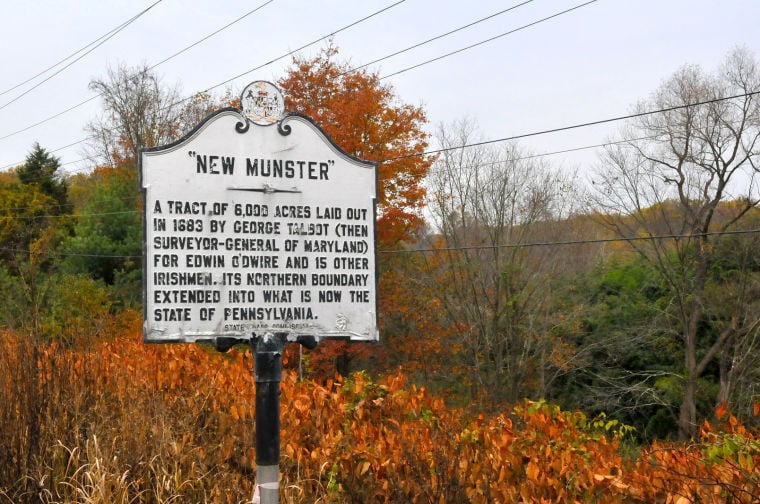 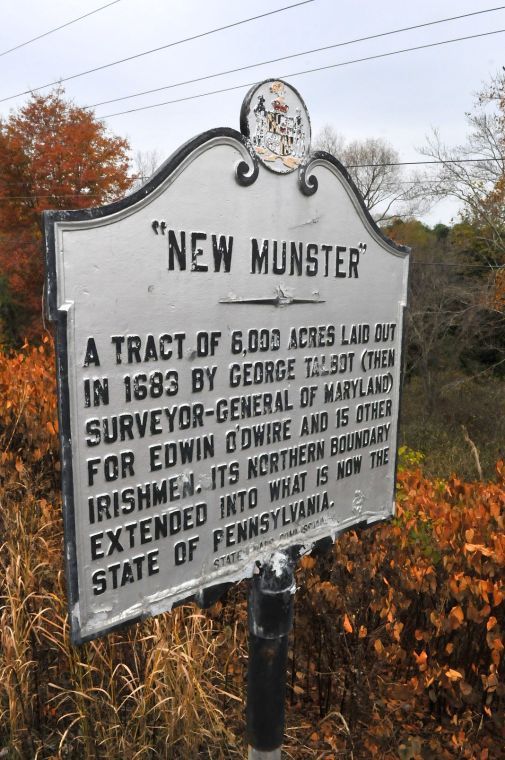 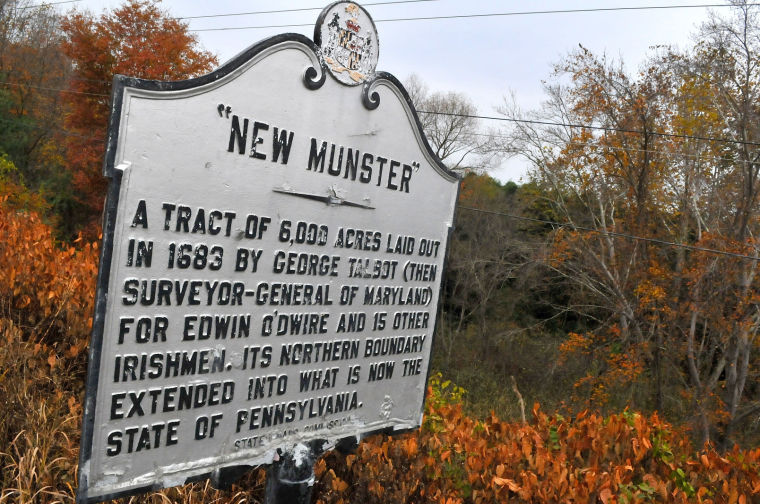 A drawing from the 1916 “Historic Events of Colonial Days” by Rupert Holland depicts Col. George Talbot being arrested aboard the Quaker after stabbing Christopher Rousby to death.

PORT DEPOSIT — The historic strong disdain of taxes by Cecil Countians is oft exhibited on another page of this equally historic publication – usually in the Letters to the Editors.

And though we may still grumble over new taxes, or rather “fees,” there is perhaps no other Cecil resident who has had a greater disdain for taxes, or the taxman, as it were, then a fiery Irishman with a fierce temper, one Col. George Talbot.

Talbot came from Ireland to Cecil County about 1679, shortly after the county was erected by Governor’s Proclamation, by carving the northerly piece off of Baltimore County. The son of James Talbot, Esq., and Helen (Calvert) Talbot, the daughter of the First Lord Baltimore, Sir George Talbot (1578-1632) and his first wife Anne Mayne. That made Col. George Talbot the nephew of Cecilius Calvert, 2nd Lord Baltimore (1605-1675) and of Maryland Gov. Leonard Calvert (1606-1647) and the first cousin of Charles Calvert, the Third Lord Baltimore (1637-1714).

George was apparently a much-lived relative, for he was enticed to leave Ireland where both his father and grandfather, Walter Talbot, had lost significant family holdings due to their parts in rebellions against England, and settle in Cecil County. Part of the attraction was the thought of owning a promised 32,000 acres in Cecil County, land which extended into present-day Pennsylvania and parts of Delaware, if he brought over 640 other Europeans, mostly Catholic, to the province. Part of the incentive for offering such a prize to his first cousin was Charles Calvert’s desire to bring his firebrand cousin to the northernmost reaches of his province and stave off, by blood if necessary, any who would encroach on the province.

Talbot accepted the land and the challenge and promptly renamed his 32,000-acre grant “New Connaught,” rather that Susquehanna Manor. He tried to change the name of the lovely meandering Northeast River to the River Shannon, but it didn’t stick. He acquired other parcels such as the New Munster tract in present-day Fair Hill and the Belleconnell tract at Elkton, which he named after his family’s lost estate in Ireland, Ballyconnell.

He did not, however, bring over all of the people required to secure his original grant. He only brought over 60 Irish Catholics to help settle the land, one of them a good fighting friend, Phelim Murray, from the west of Ireland. Talbot, who was a tobacco planter, chose instead to pay 13,920 pounds of tobacco to secure the manor rather than to continue bringing over settlers, thus allowing him to focus on more political matters.

His presidency of the Board of Deputy Governors ended rather abruptly at the end of October 1684, actually on Halloween, Oct. 31, 1684. Talbot, extremely loyal to his family, was fiercely protective of his land and always suspicious of the crown had learned the King’s Customs or Tax Collector was raising havoc on settlers along the Eastern Shore. As a ranking elected official his ire was raised when he heard this particular collector, Christopher Rousby, was also spreading a rumor of Charles Calvert’s incompetence in governing the colony. Indeed, Calvert had in 1681 termed Rousby publicly as an “insolvent and knavish collector.” Despite Lord Baltimore’s opinion, Rousby was doing quite well for himself in the collections racket, owning 1,950 acres in Kent, Prince George’s and St. Mary’s counties and a handsome estate he called Susquehanna Point in St. Mary’s, where he lived.

Talbot rode off to find Rousby and confront him, eventually locating him on the King’s ketch, the Quaker, docked in the Patuxent River. Talbot boarded the vessel and argued with Rousby, while Rousby gave orders for the captain to get underway unbeknownst to Talbot. When the captain and Rousby refused to allow Talbot to debark, and the argument grew more heated, Talbot brandished a dagger and stabbed Rousby delivering a fatal blow. Talbot was, of course, quickly slapped in irons and the Quaker put under sail for Virginia, where Talbot would be locked away in Gloucester County Prison.

Meanwhile, back in the Principio Furnace area near Perryville, where Talbot had made his home, his pregnant wife, Sarah, gathered close Irish friends, including Phelim Murray, and hatched a plot to free the colonel from prison. The plot succeeded and Talbot returned to Cecil County, where he hid out with Maryland friends, but spent the majority of his hiding in a cave at Port Deposit, which eventually became known as “Talbot’s Cave.” Here, legend says, he was fed by falcons and, according to the late B. Marion Touchstone, he was also fed by her ancestor Richard Touchstone, who owned Mt. Ararat Farm at the time.

Eventually Talbot turned himself over to Maryland authorities, who in turn were forced to hand him over for trial in Virginia, where he was found guilty of murder by a James City, Va., jury in April 1686 and sentenced to hang. However, the luck of the Irish was with Talbot, for a pardon was received by King James II, which safely delivered him from the hangman’s noose. He left Maryland and the colonies after the trial and returned to Ireland, even serving in the Army of King James II, until he was outlawed in England for treason.

As for Talbot’s Cave, which many consider to be a fantastical tale of folklore, the cave did indeed exist, though it was obliterated from the historical landscape in the mid-1800s when parts of the cliffs along the Susquehanna between Port Deposit and Perryville were destroyed by dynamite to make way for the railroad. The cave, about halfway up the cliff at the extreme southern end of Port Deposit’s Marina Park was utterly destroyed, despite having been used by Talbot and been used for decades as a hiding and recovery point for runaway slaves seeking freedom in the north.

The tales of the falcons feeding Talbot seem to make people consider the tale balderdash, but at the time falconry was quite popular in Ireland and was brought over to the colonies, so perhaps, just perhaps…