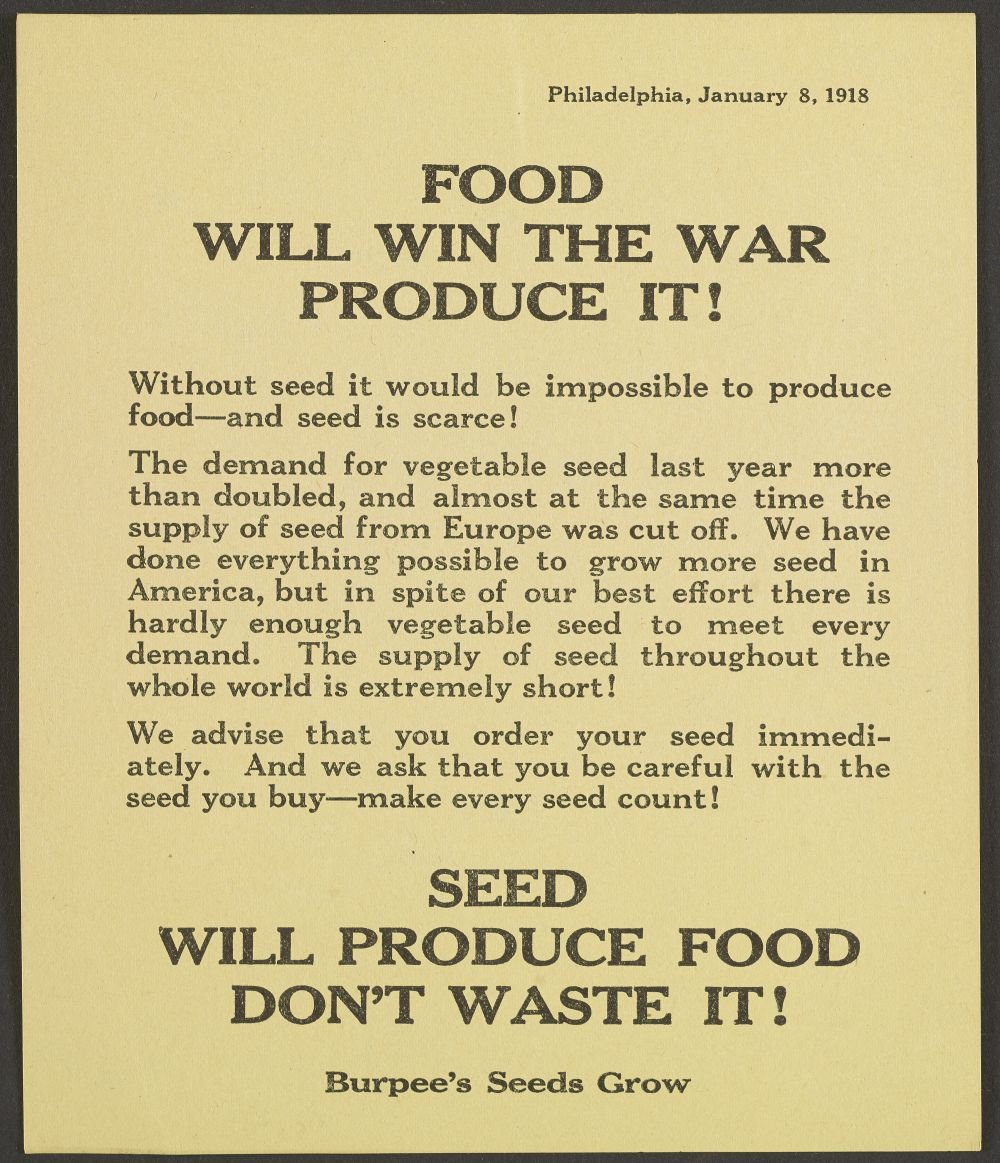 A January 1918 Burpee Seed advertisement noting the extreme food shortage and cautioning against the waste of seeds. 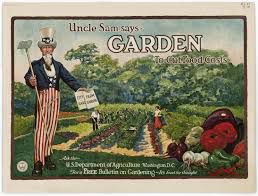 Advertisement from Uncle Sam asking American citizens to plant gardens for the cause. 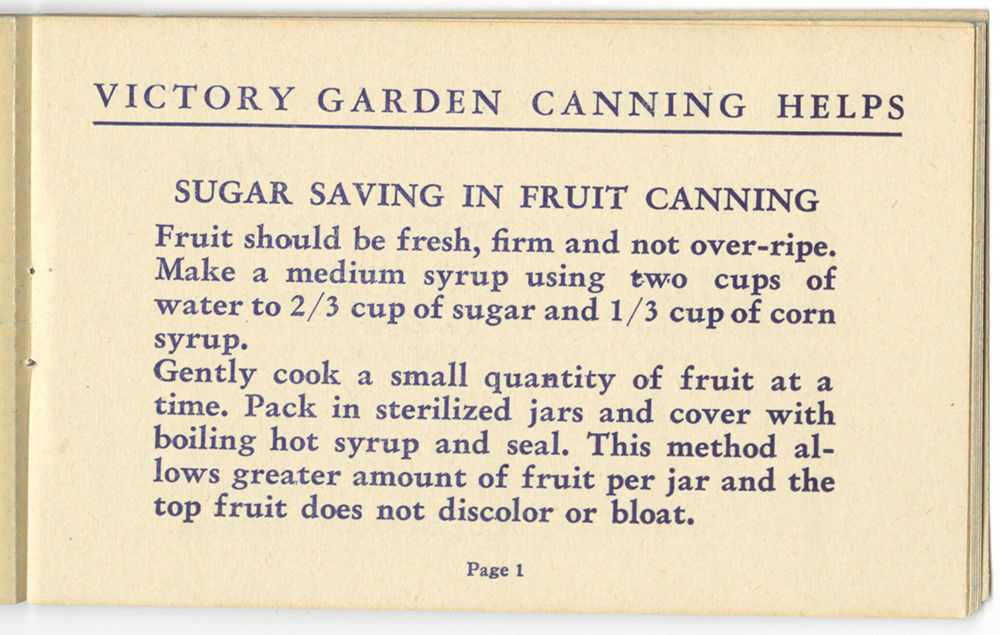 Here is a sugar saving fruit canning recommendation suggesting the use of corn syrup as an alternative to sugar. 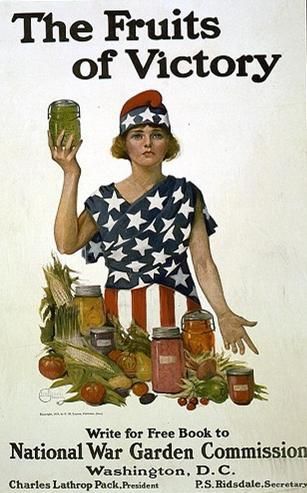 Advertisement for a free book from the War Garden Commission.

A January 1918 Burpee Seed advertisement noting the extreme food shortage and cautioning against the waste of seeds.

Advertisement from Uncle Sam asking American citizens to plant gardens for the cause.

Here is a sugar saving fruit canning recommendation suggesting the use of corn syrup as an alternative to sugar.

Advertisement for a free book from the War Garden Commission.

Elkton — With summer just around the corner, gardeners and farmers across the county are gearing up to begin planting the much loved and anticipated summer crops such as tomatoes, cucumbers, peppers, watermelon, and corn. As always, everyone is hopeful that a bumper crop will result, not only providing an abundance of food, but also giving much deserved satisfaction for all of the hard work put in. In honor of Memorial Day, which was this past Monday, I thought it would be nice to take a little trip back in time and pay homage to all of the farmers and gardeners who kept everyone fed during WWI.

During WWI, Europe’s food supply had been seriously depleted. European farmers had been called to serve on the front lines, abandoning their farms and resulting in a mass farming crisis. Farmlands were quickly turned into battlefields causing significant destruction of once rich soil. As the war waged on, Europe’s ability to keep its soldiers and general population fed was becoming more and more difficult. As a result, the United States was called upon to shoulder the demand for mass quantities of food that was desperately needed overseas.

In March 1917, The National War Garden Commission was developed in response to this crisis. The commission was organized by Charles Lathrop Pack, an American who, along with others proposed that food production could be greatly increased, simply by having people grow their own foods at home. By doing this, families would be self-sufficient and thus reduce the demand on the public food supply, which was desperately needed to keep soldiers and European civilians fed.

Victory Gardens, as they were called, were heavily pushed by the United States in an effort to get people to grow their own food as a means of fighting the food shortage. The US urged its civilians to cultivate gardens in their own back yards, as well as in their local community parks.

In the months following, newspapers across the United States were rapidly spreading the news and pleading for people to grow their own food wherever possible, and for farmers to do their part by complying with the government’s request to plant specific crops, such as corn. Maryland and Cecil County participated fully in this effort as well. All citizens, including children were encouraged to contribute by growing their own food.

Cecil County newspapers from the time show a variety of advertisements and articles dedicated to the cultivation of gardens, as well as the reduction of food waste and the need for substituting certain foods, such as corn for wheat in cooking. From competitions on which gardens could grow the best produce to the governor himself calling on the youth to do their part by tending to gardens, our county and state was fully committed to the effort.

Rising Sun’s Midland Journal seemed to be the heaviest reporter at the time with edition after edition keeping the public informed and petitioning their help. In the May 18th, 1917 edition, one such report called attention to the major cause of the food shortage stating that, “The European nations learned the lesson when they took the laborer from the farm and sent him to the front, and America should not make this mistake.” American farmers were thankfully excused from battle and allowed to continue running their farms which kept Europe fed.

In the very same edition, there was also a nationwide appeal to all farmers, urging them to plant more corn. “Plant corn as the most effective way of meeting the threatened wheat shortage,” urged the US Department of Agriculture. “Wider use of cornmeal in the diet is strongly recommended as the best available substitute for wheat flour.” Newspaper after newspaper were echoing the same advice and requests.

Our farmers and gardeners were especially valuable during this time. In fact, so important were they, that our governor at the time put special emphasis on needing our farmers, as they were just as critical as our men fighting in the trenches. Although they may not have fought on the front lines, our farmers and gardeners undoubtedly contributed and played a critical role in the war. As a result of this incredible effort, by the end of WWI, more than five million gardens were cultivated in the United States alone.

This is definitely something worth honoring and remembering each Memorial Day.