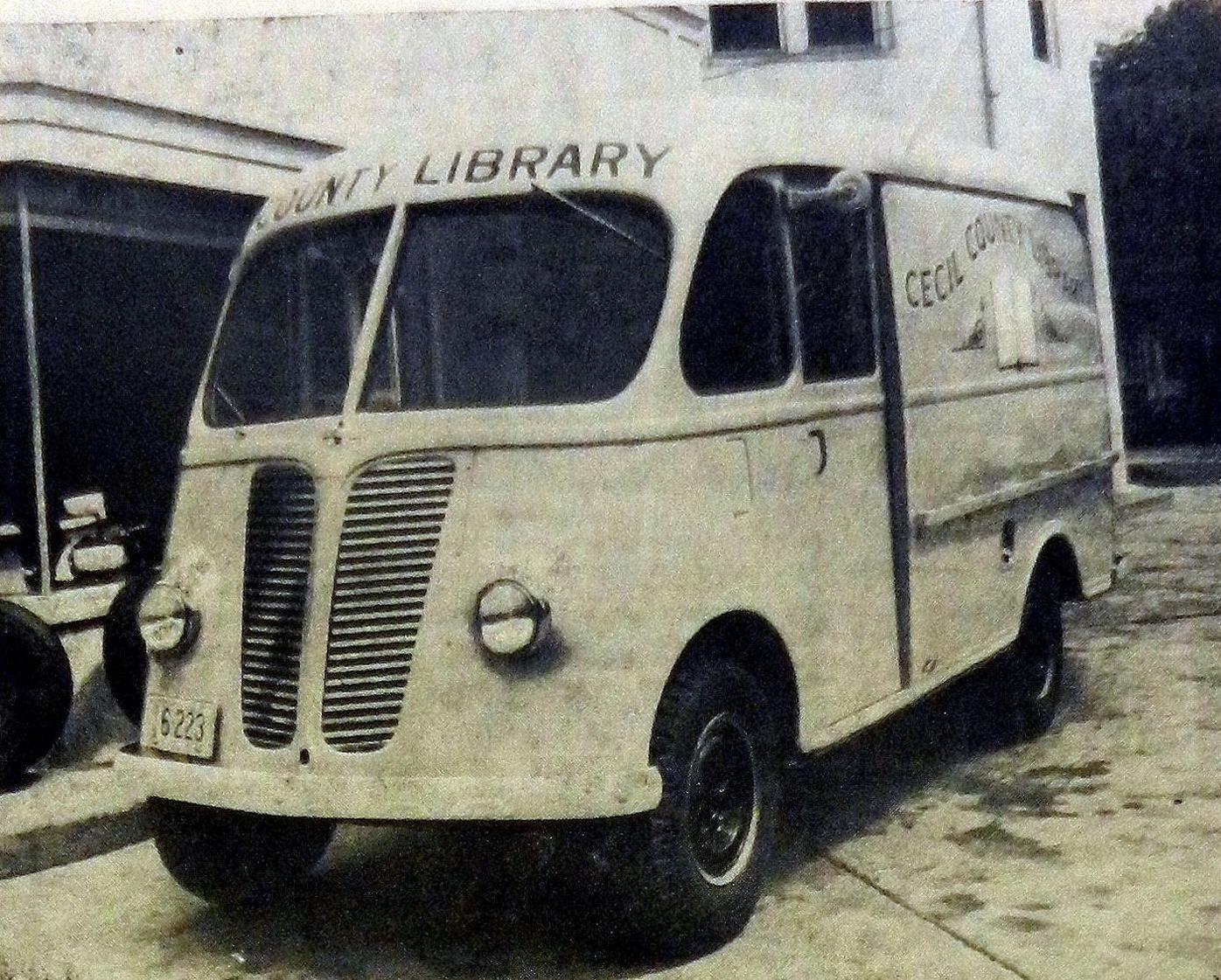 Linda Peterson-Singleton worked her all of her high school summers in the 1960s on the Cecil County Public Library Bookmobile. 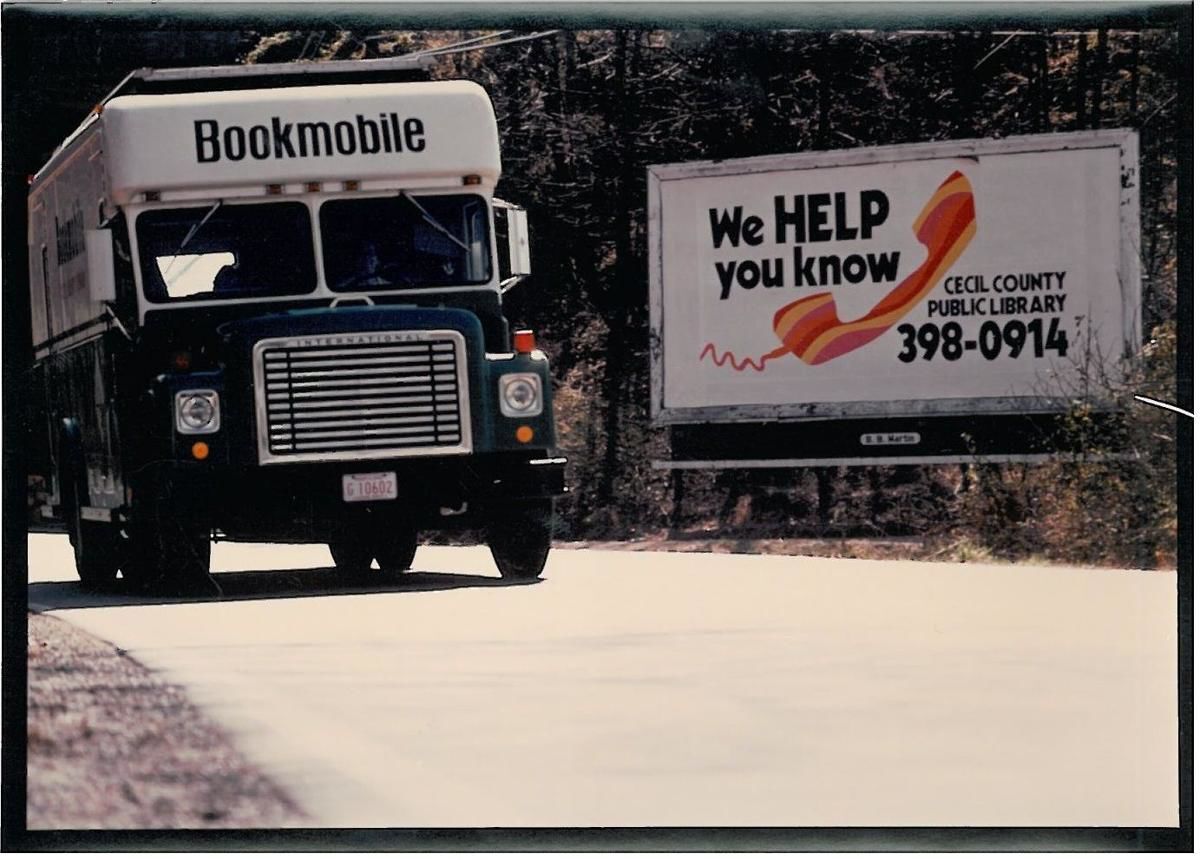 The Cecil County Bookmobile is seen here in this 1960s or ‘70s promotional photo.

Linda Peterson-Singleton worked her all of her high school summers in the 1960s on the Cecil County Public Library Bookmobile.

The Cecil County Bookmobile is seen here in this 1960s or ‘70s promotional photo.

ELKTON — Teenage years are typically spent having fun with friends, driving parents crazy and, for most, experiencing a first job. For lifelong Cecil County resident Linda Peterson-Singleton, that first job was working for the Elkton branch of the Cecil County Public Library and eventually being assigned to work on the Bookmobile.

It was the summer of 1963, and Peterson-Singleton was 15 years old. She had made it through freshman year at Elkton Senior High School and was ready to return to her 50-cents-per-hour job at the library that she had loved so much from the summer before (Minimum wage at the time was $1.15).

Peterson-Singleton had expected that she would be doing the same job as before, helping to sort and stock books, as well as reading to the children that came in each day. This, however, was not the case.

Peterson-Singleton recalled that one of her and Greer’s favorite stops each month was visiting the Rising Sun branch because that meant they would take their lunch break at Sue’s Restaurant on Main Street.

“I would save my money because I knew we would be stopping at Sue’s,” she recalled. “I always got a hamburger and a Coke, and that was a treat.”

The next two summers, Peterson-Singleton rode with Betty Ann Diebert, whom she remembered as having a great sense of humor.

“Betty Ann was one funny woman,” Peterson-Singleton said. “She was always doing funny things and making me laugh.”

The air conditioning on the Bookmobile was not very good and frequently broke, Peterson-Singleton recalled. She said, “It would work great until we got out of Elkton and then it would break again.”

Peterson-Singleton said every time they stopped at the pool in Port Deposit, she would beg Diebert to let her go swimming. Unfortunately, because they were on the clock, such a stop was never possible.

Peterson-Singleton said she also looked forward to the stops at Calvert, near Brick Meeting House and Old Bay View near the cemetery, because they both had big shady trees that came in handy on hot summer days.

“The Bookmobile got very hot inside without the A/C and we were always looking for a shady spot,” she said.

The Bookmobile’s purpose was to transport books between the branches, as well as to serve parts of the county that didn’t have access to a library. Peterson-Singleton recalled that the Bookmobile’s primary customers were housewives and their children.

“Very rarely did we have men checking out books unless it was an older man who was probably retired,” she said.

Many housewives at the time didn’t have access to a car. Families often had only one car and because the men used it to get to work, the women relied on the Bookmobile to bring the library to them and their children.

“The women would come with their lists of books that they wanted to order, and most of the time it was books they had read about in one of their magazines or Ladies’ Home Journals,” Peterson-Singleton recalled. “I would take the ladies’ new orders while Betty Ann checked out the books that they had ordered previously.”

Things have changed a lot since then. Books are available to us now at the touch of a fingertip, as smartphones, tablets or computers can access literature and media any time of day. Patrons don’t have to drive to a library to look something up or check something out.

In the early 1960s when Peterson-Singleton was working on the Bookmobile, however, borrowing a book meant that you would have to wait sometimes up to a month or longer to get it. If one of the Cecil County branches didn’t have a book in stock, they would have to send to another library in the state (usually the Enoch Pratt Library in Baltimore) or sometimes in another state altogether.

Peterson-Singleton admits that she loves technology and often uses the Internet to do research for her hobbies of photography and antique collecting, but she also still enjoys reading hard copy books and doesn’t think that will ever change.

As for Peterson-Singleton’s memories of the Bookmobile, they are like that of a great book: they’re kept forever and reread many times, each time remembering a different scene or character that made you fall in love with it in the first place.