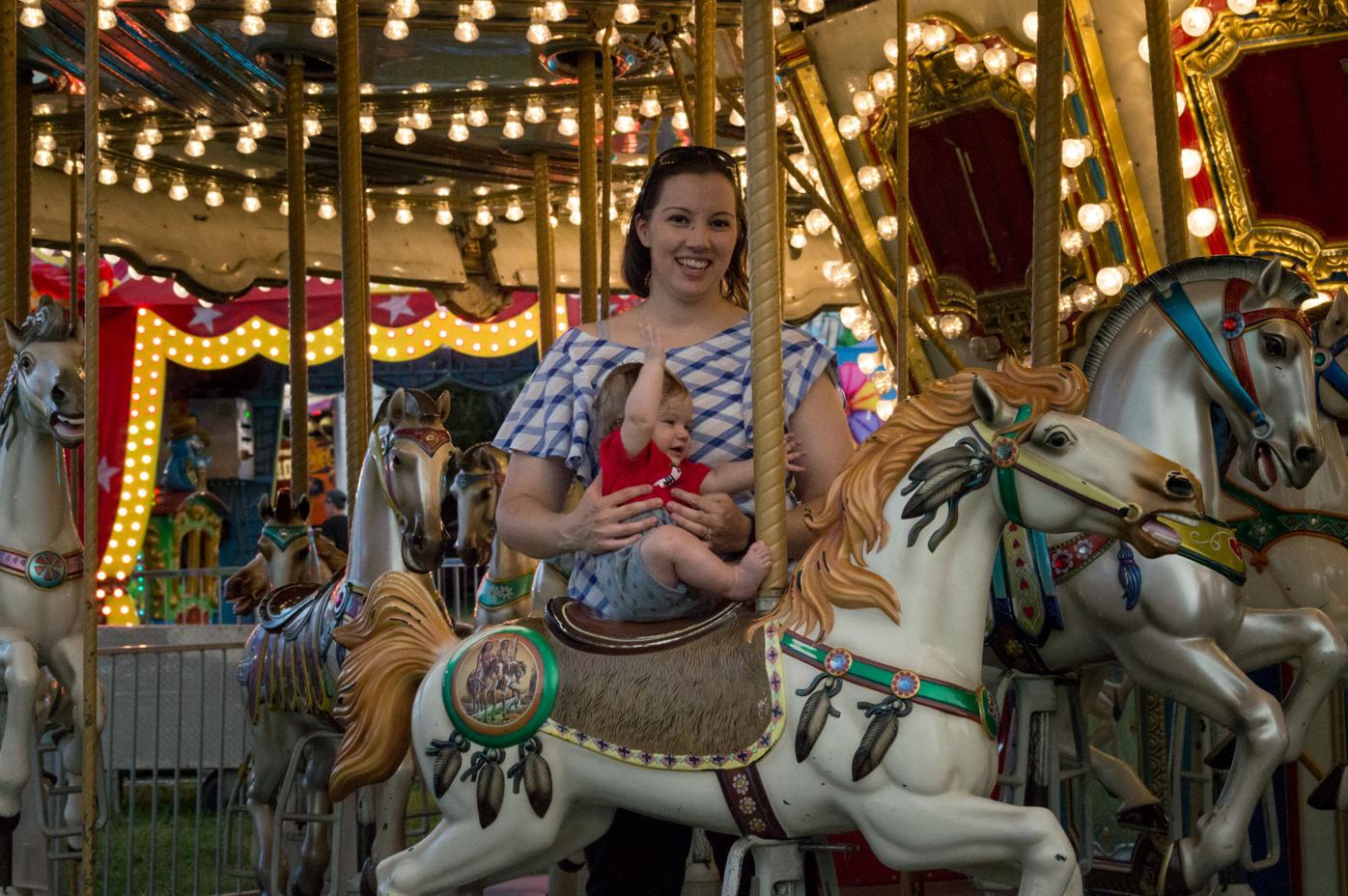 Shannon Humiston and baby Charlotte ride the Merry-Go-Round at the Cecil County Fair. 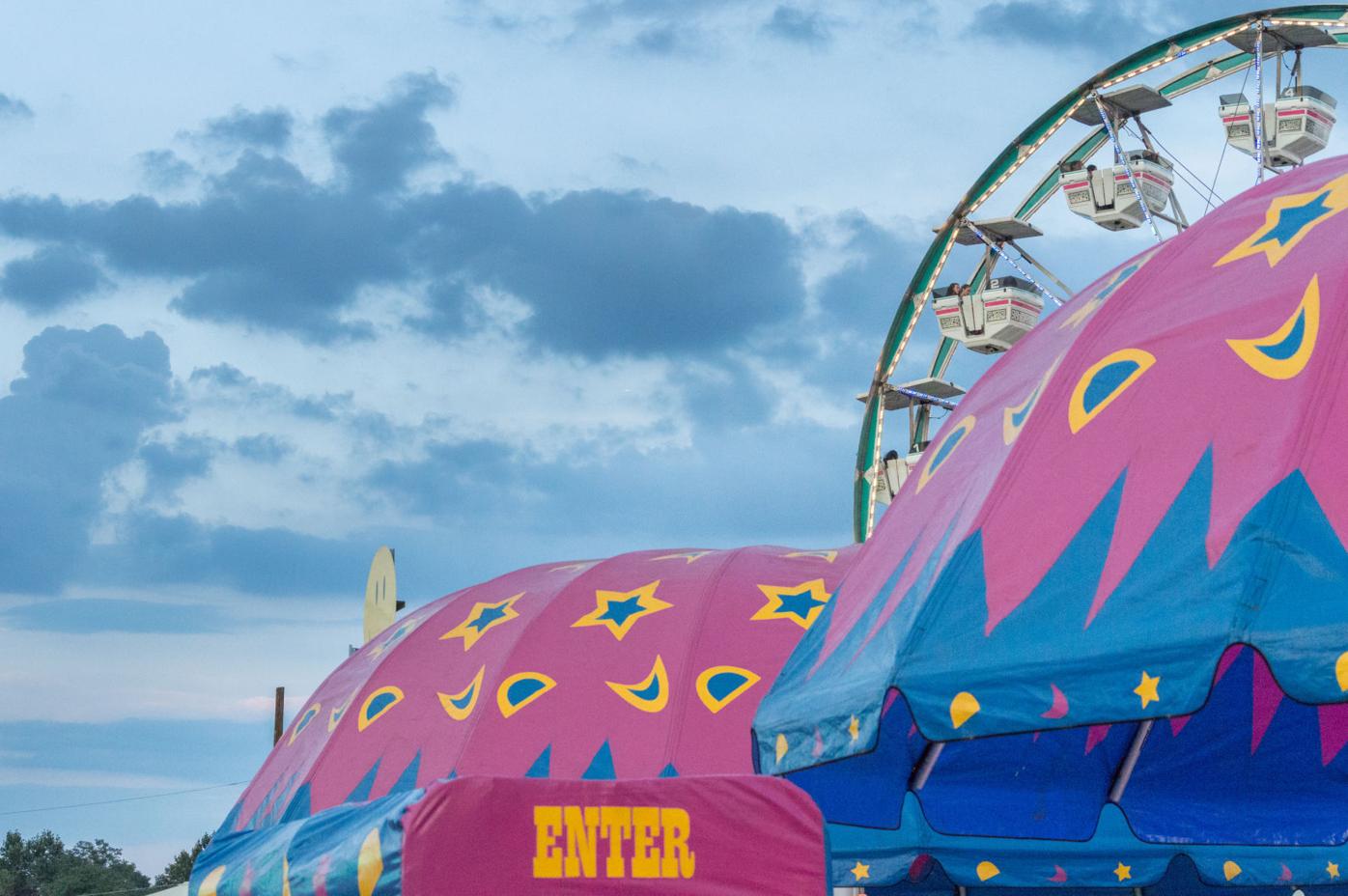 Shannon Humiston and baby Charlotte ride the Merry-Go-Round at the Cecil County Fair.

My wife Shannon and I get really excited this time of year as the annual Cecil County Fair is usually about to kick off. In past years we have had a wonderful time and this year our three-year-old daughter is finally old enough to start getting into some real trouble. We were of course very sad to hear the fair had to be canceled due to the uncertainty surrounding by the ongoing pandemic. It is completely understandable though and in everyone’s best interest to stop the spread of COVID-19. Shannon and I are expecting another baby in a little over a month and reducing any risk of complications is constantly on our minds. I am going to miss watching the demolition derby event, but I guess I can get my fill of wild driving cruising up and down I-95.

When I read the news, I found myself comparing this summer to the year of the Spanish Flu pandemic that broke out in 1918. The two viruses are not the same, but a lot of the mitigation techniques are similar. The first thing I quickly realized was that the Cecil County Fair as we know it was not around in 1918! There was a County Fair that ran in Elkton from 1880-1900 but the fair I know and love didn’t start until 1953. It started small but grew quickly to an attendance today of over 75,000 people.

So, what sort of impact did the Spanish Flu have on county residents? Well, the county was hardest hit in October-November of 1918 and again in January of 1919. It came on strong but seems to have ended more quickly than what we are experiencing with COVID-19. Like the rest of the country the county came to a screeching halt when the virus made its way into our neighborhoods. Schools closed, church services were suspended and all “places of amusement” were ordered shut per the 11 October 1918 edition of the Midland Journal (of Rising Sun). While the primary activities of the time would have been harvesting and canning the first annual “Community Exhibit” at the West Nottingham grounds in Colora was planned just as the first wave of the Pandemic was reaching its peak in Cecil County. The notice read: “There will be held at West Nottingham, on Saturday, Oct. 19, an exhibition consisting of Farm Produce of all kinds, together with household products of Jellies, Preserves, canned good, Pickles, Spices, etc., also Fancy Articles, Flowers and other interesting and instructive exhibits.”

The following week’s journal included a notice that the exhibit would be postponed due to the pandemic and after nearly a month the Community Exhibit went off with a resounding success. The optimism and enthusiasm brought on by the end of World War I, which coincided with this time period undoubtedly had a positive effect on attendance. The 29 November 1918 Midland Journal includes a review that reads:

“The first annual Exhibit under the auspices of West Nottingham Community Club was held at West Notting[ham] Friday, Nov. 22. The exhibits were of the finest, including every thing that a farmer might raise from a stalk of parsley to a bale of hay; not only that, but the most artistic needle work, and palatable canned vegetables, jellies and preserves.

The attendance was the largest that ever assembled on the historic grounds at West Nottingham. The lectures given by leading Agriculaurists and College Professors were most instructive and will doubtless have their influence upon the future progress of our rural life.

The members of the West Nottingham Community Club are very enthusiastic over their achievements and are already making arrangements to hold another exhibit next fall that will eclipse any event of its kind ever held in Cecil County.”

With the scale and scope of today’s Cecil County Fair it would be too hard to postpone the event as they did the West Nottingham Community Exhibit but thanks to advances in technology they will be able conduct the 4-H events in a virtual environment and my family and I look forward to next year’s fair in 2021.

I would like to thank the all-volunteer board of the Cecil County Fair for all the hard work they do to make the fair happen as well as all the healthcare workers, first responders and essential workers keeping us safe right now.

The Historical Society of Cecil County is currently closed to the public. We anticipate that the Historical Society will re-open to the public by appointment only beginning on Thursday, September 10, 2020. The appointment times will be 10:00 A.M.-12:00 P.M. and 1:30 P.M.-3:30 P.M. and we will only accommodate one party at a time. Appointments will be based on the availability of a research volunteer. Since we are navigating uncharted waters, these arrangements may be subject to change. Patrons should wear a mask for appointments and be prepared to have their temperature taken. Please bring your own writing implements and paper.

The Historical Society is not accepting any donations until further notice. Please hold on to your old Cecil County stuff because we still want it, but we are unable to deal with it at the moment.