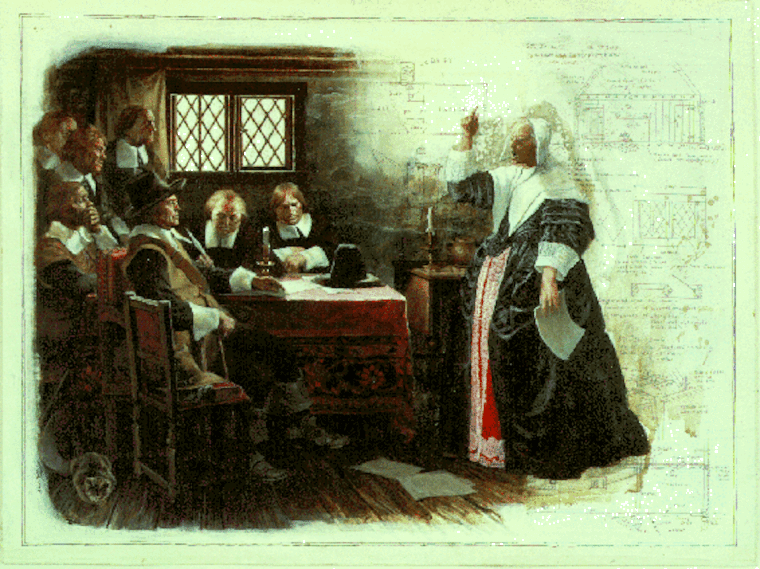 An artist’s depiction of Margaret Brent requesting the right to vote in front of the Maryland General Assembly in January 1648. 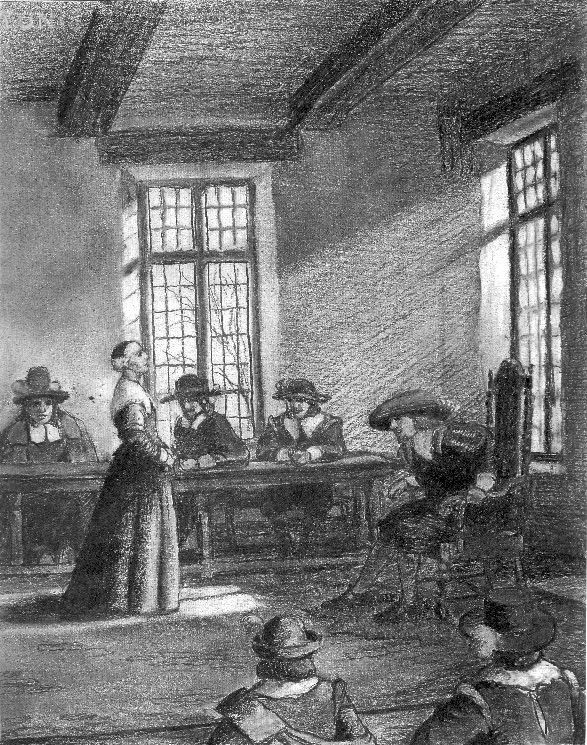 In this monochrome painting, Margaret Brent is depicted speaking to the Maryland Assembly in colonial St. Mary’s City. 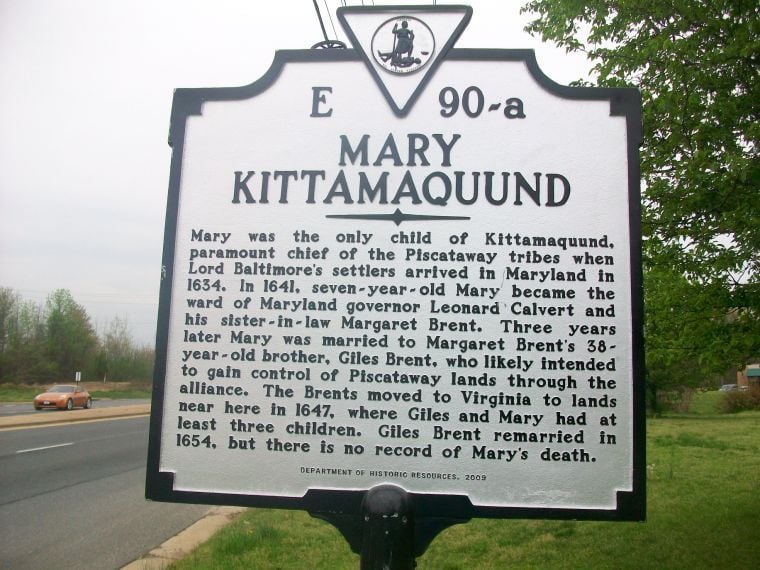 A historical marker in Virginia recalls Mary Kittamaquund and Margaret Brent as well as their contributions.

An artist’s depiction of Margaret Brent requesting the right to vote in front of the Maryland General Assembly in January 1648.

In this monochrome painting, Margaret Brent is depicted speaking to the Maryland Assembly in colonial St. Mary’s City.

A historical marker in Virginia recalls Mary Kittamaquund and Margaret Brent as well as their contributions.

ST. MARY’S — There was nothing to indicate that Jan. 21, 1648, should be any different that any other meeting of the Maryland Assembly in St. Mary’s.

But that day in St. Mary’s, a woman named Margaret, was about to turn the assembly’s time honored traditions on their ear.

On that day, Margaret Brent strode into the assembly room and demanded not only the right to vote, but she took it a step further and demanded two votes. She believed she deserved a vote for herself as a landowner and a second vote as Lord Baltimore’s chosen attorney. Thus Margaret Brent, of Maryland, became the first woman in the New World to request the right to vote.

Brent arrived in St. Mary’s City with her sister and two brothers Nov. 22, 1638, claiming a land grant as the noble family involved themselves in numerous business ventures. They exported tobacco, imported indentured servants and speculated in land. Brent soon made a name for herself often appearing in court to sue for debts and protect her interests, not only representing herself but acting on behalf of her brothers with great legal success.

Brent earned respect and admiration — so much so that she was appointed as a joint guardian, along with Maryland’s Gov. Leonard Calvert, of Mary Kittamaquund, daughter of the chief of the Piscataway tribe. Within a decade, her name was known throughout Maryland as a prominent businesswoman and extensive landowner, with the family holdings reaching as far as present-day Garrett Island in the Susquehanna River, tenuously rented by her brother, Giles Brent.

Although Brent is greatly celebrated in St. Mary’s specifically to this day, and by many women’s history programs nationally, it should be understood that the harsh conditions of life in the colonies necessitated women take on more prominent roles than they had in Europe. She was not the only woman to claim her own land or press her own interests in court. The difference between Brent and other women who did this, however, was that she chose to take this path rather than being forced into it by the early death of a spouse or parent. She chose, in a society where the male to female ratio was six to one, to stay single.

Born about 1601, she was one of 13 children born to Catholic-landed gentry Richard and Elizabeth Brent in Gloucestershire, England. That makes her about 37 years old when she arrived in Maryland. It may seem strange that she chose to emigrate, but it was not unusual for sons and daughters of landed gentry to do so in the 17th century, especially if they were later born. What was unique was Brent choosing to come to Maryland as head of her own household rather than the accepted roué, of “appendage to her brothers.”

Brent’s rise to prominence came at a time when Maryland most needed strong leadership. In 1645 with a civil war raging in England between King Charles I and Parliament, the winds of war swept into Maryland. Richard Ingle, Protestant and an English Parliament partisan, attacked St. Mary’s along with his Garrett Island-possessing cohort William Claiborne, a frequent thorn in the side of Lord Baltimore. Ingle destroyed or confiscated property from Catholic settlers and took the Jesuit priests, as well as Margaret’s brother Giles, back to England in chains. The governor, Leonard Calvert, with many other settlers, sought sanctuary in Virginia. This necessarily depleted the population in Maryland dramatically until late 1646, when the governor collected up his courage and returned with soldiers to regain control in Maryland.

However, Calvert died in 1647 leaving his personal affairs and those of Maryland in utter ruin. On his deathbed, he called for Margaret Brent, the executor of his will, to “Take all and pay all.” Brent immediately sailed into action to stanch the hemorrhaging of settlers out of Maryland and restore order to chaos. Calvert’s soldiers were ready to mutiny, due to lack of pay.

Brent had Leonard Calvert’s power of attorney transferred to her, as immediate action was needed and could not await word from his brother back in England, 2nd Lord Baltimore Cecilius Calvert. She soon learned the governor’s state was not sufficient to pay the soldiers and his debts, so she arranged the sale of some of his cattle to pay the soldiers and retain their loyalty when they were seriously needed. It was while she was scurrying to administer Calvert’s estate and restore order that she demanded votes — which she, of course, was denied.

Despite being denied the vote, the Maryland Assembly did pat her on the head and praise Brent for averting disaster in Maryland, in an official missive sent back to Cecilius Calvert in England, who was miffed over the sale of his brother’s cattle and demanded explanations. Their praise kept the feisty Brent out of hot water with Lord Baltimore, but he would never hold her in the esteem to which she was held by his late brother.

Disgusted, Brent and her sister moved to Virginia in 1651 where they established a plantation known as Sister’s Freehold and where Margaret lived until about 1671.