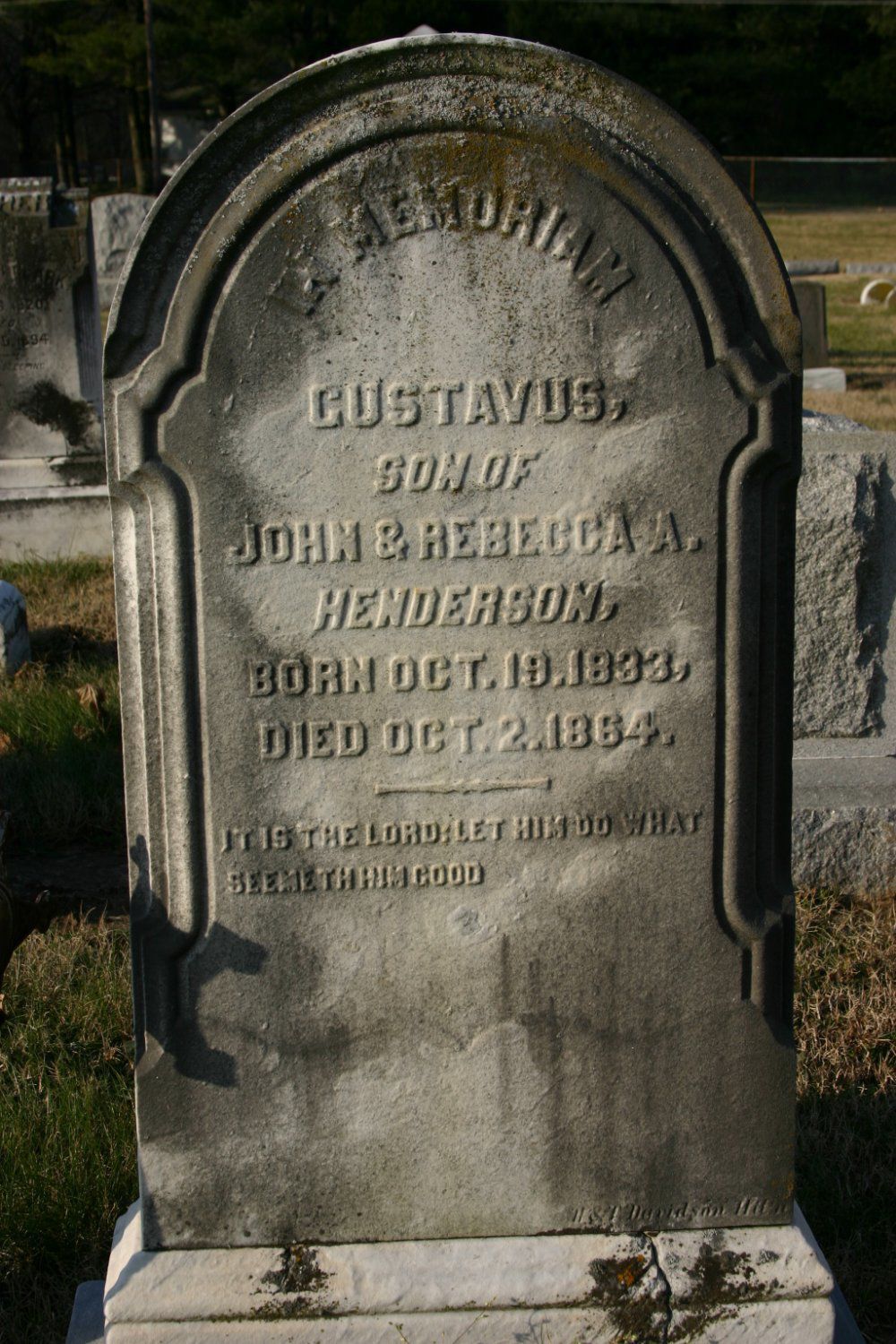 Gustavus Henderson is buried at Bethel Cemetery in Chesapeake City. 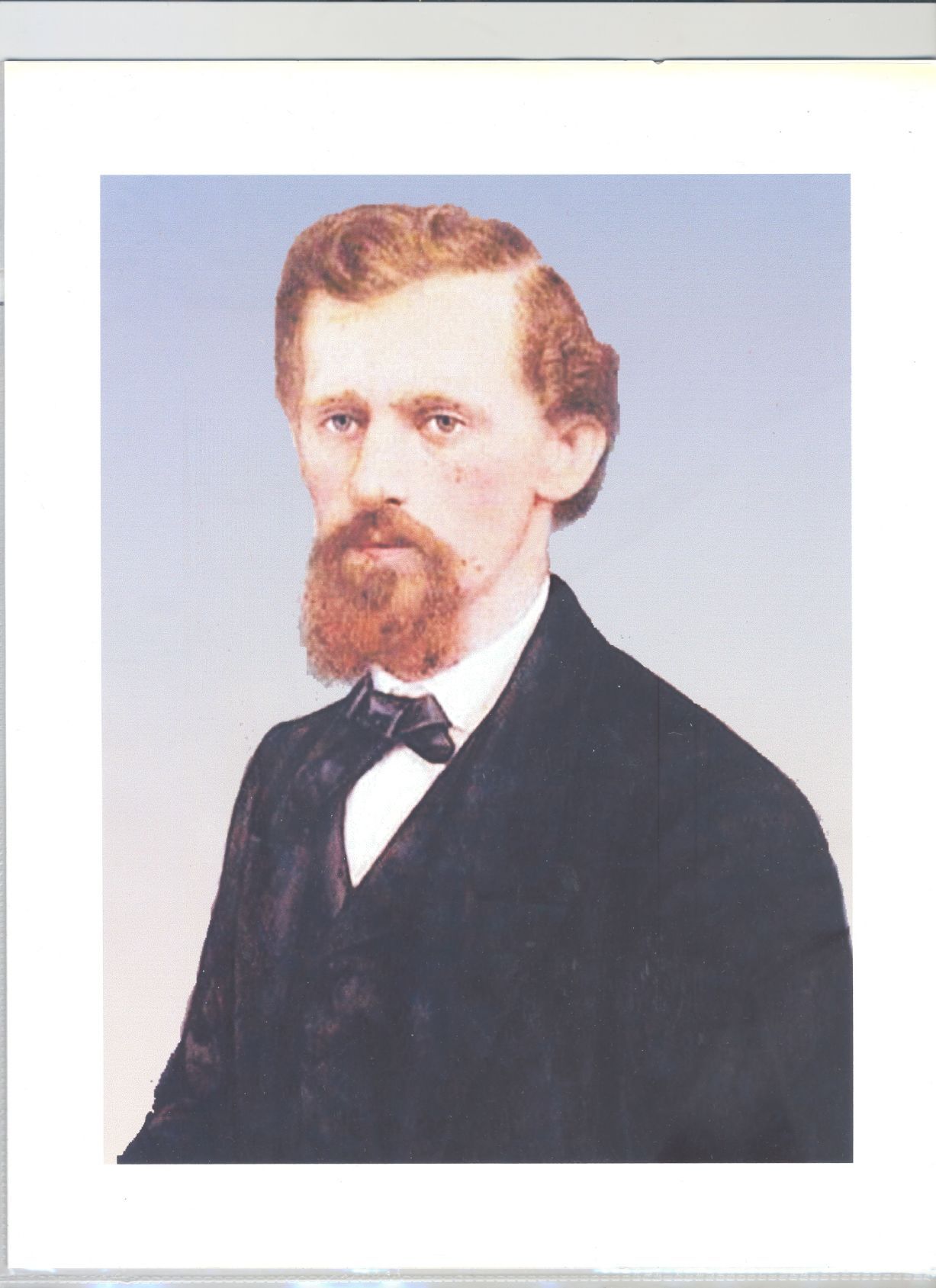 Gustavus Henderson, great, great uncle of author Paula Newton, was an accomplished sailor prior to his death of yellow fever. 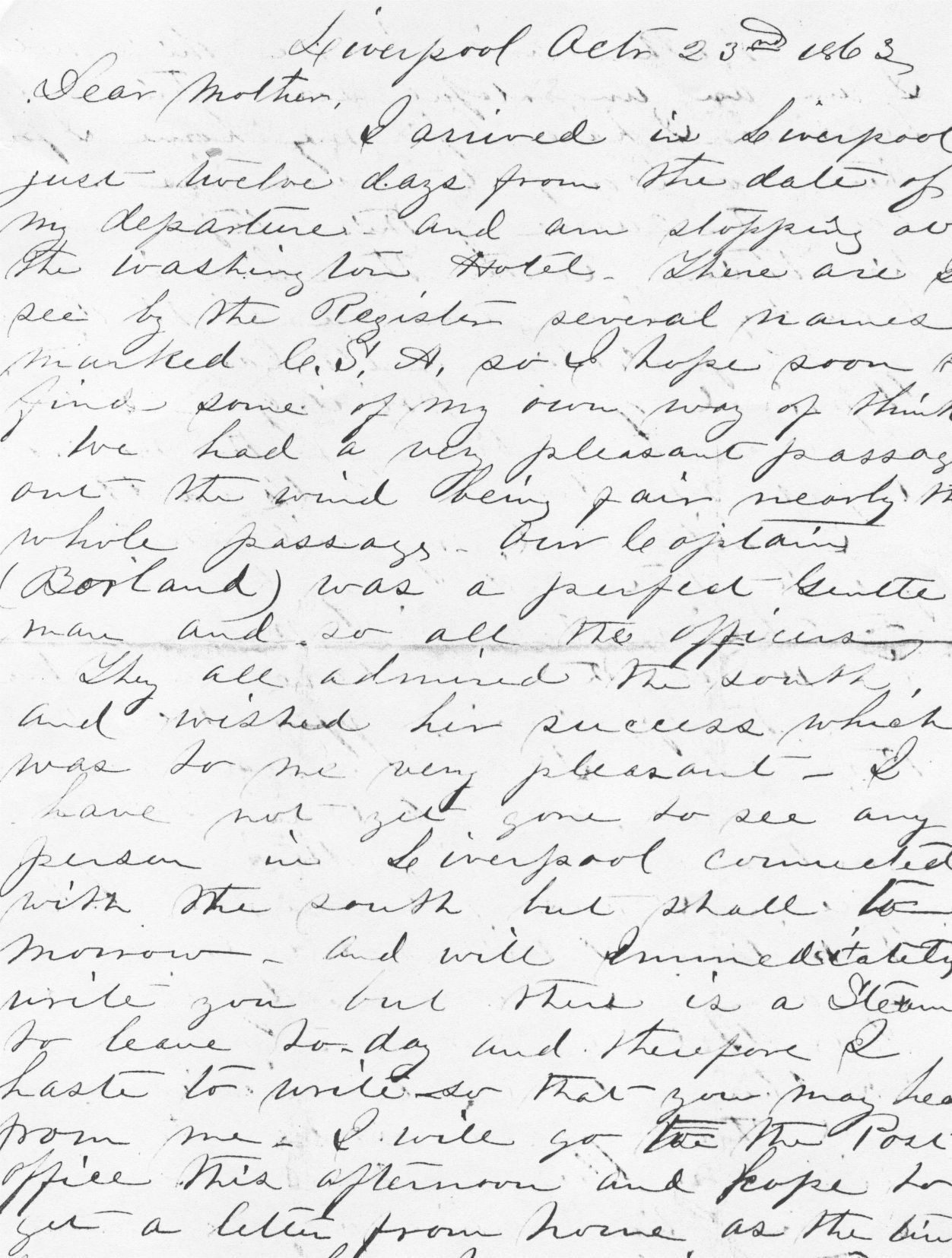 A bit of luck and digging led to the discovery of someone who possessed letters from Gustavus Henderson to his mother.

Gustavus Henderson is buried at Bethel Cemetery in Chesapeake City.

Gustavus Henderson, great, great uncle of author Paula Newton, was an accomplished sailor prior to his death of yellow fever.

A bit of luck and digging led to the discovery of someone who possessed letters from Gustavus Henderson to his mother.

ELKTON — If you are fortunate enough as a child to grow up around elder family members, you will often hear tales of relatives that have come before you. Those tales create a family lore that is passed from generation to generation. As an adult, you may question how much was truth and how much was conjecture.

But fear not, the Historical Society of Cecil County becomes the detectives that try to validate these tales and fill in the gaps. One such mystery has haunted me for many years and as part of the journey into the past I was introduced to family that I didn’t know existed.

Walter “Gus” Henderson, my grandfather, who was born in 1898, passed along a story told to him by his parents that inspired me to initiate an investigation into the life of Gustavus Henderson, who was my great-great-uncle. I suspected that the story I had grown up hearing was probably greatly glorified. Having a relative who was a blockade runner for the South during the Civil War was very romantic and I pictured a dashing Rhett Butler-type fellow. He was supposedly captured by the North and managed to get released by passing himself o as a Frenchman. Returning home, he was given safe harbor at Jeerson Scott’s store in Turkeytown, and his brother John S. Henderson and mother were summoned to come see him. He gave his mother a $20 gold piece and told her he would like to make one more trip which turned out to be his last.

Volunteering at the Historical Society one Saturday, I related this story to Jerre Garrett, who was doing research for her book on the Civil War. Intrigued by the story, she encouraged me to dig deeper into the past and with her help we found bits and pieces until suddenly we seemed to have hit a dead end. The real breakthrough came when during an interview with a News Journal reporter about her book she gave the story of Gustavus Henderson as an example of the many mysteries surrounding that time. She soon received a letter from Gus Smith, from Chesapeake City, who had seen the article and declared that he was a descendent of Gustavus and actually had a portrait of him. He also had letters that Gustavus had written to his mother and a letter written to his mother by the family he was staying with in Bermuda when he died. Excited beyond belief, Garrett quickly set up a meeting with Smith because he was soon moving to Florida permanently. We had hit the motherlode and following is what we now know about that daring man.

Gustavus Henderson was born in 1833 in Cecil County to John Stuart Henderson and Rebecca Groves. According to an 1854 Cecil Whig article, he was severely cut with a knife by John Rambo during a fray in Newark, Del. Records show that he attended Delaware College in 1858 and in 1861 he attended a meeting of the Peace Party, who were known Southern sympathizers. He left for Liverpool, England, in 1862 and in 1863 he was still in England getting ready to leave for Nassau, Bahamas. Here are excerpts from his letters:

Liverpool, Oct. 23, 1862 — “I arrived in Liverpool just twelve days from the date of my departure and am stopping at the Washington Hotel. There are I see by the Register several names marked C.S.A. so I hope soon to find some of my own way of thinking”

Liverpool, Jan. 11, 1863 — “I expect to leave for Nassau in the steamer ‘Little Ada’ in the capacity of2nd mate at $45.00 pr. month. The English government seems determined that the South shall have no aid from it. I hate an Englishman almost as much as a Yankee.”

Letter written to Miss Henderson by C.R. Anderson, Hamilton, Bermuda — “Captain Henderson I first met in New York, and being Southerners and both of us away from our homes, a natural sympathy and friendship soon drew us together. I was with him all times until a few days before he died, when I took the Yellow fever myself.”

Letter written to Miss Henderson by Augustas G. and Augusta Smith, Hamilton, Bermuda — “Your brother Capt. Henderson came to board with us during the month of August last, his intelligence and amiable disposition soon won from us and others who knew him their respect and esteem. All that was possible to do for him we did. We could not save him. He grew weaker and weaker until the Sabbath morning the second day of October when he died. His body was interred in the burying ground of the Episcopal Church …”

“His death notice in the Bermuda Royal Gazette, dated Oct. 11, 1864, reported that Capt. Henderson, commander of the steamer ‘Little Hattie’ died of yellow fever. The burial register shows he was buried in St. John’s Churchyard within 24 hours of his death. Shipping lists and customs manifests documented the comings and goings of the Little Hattie which was a British-built vessel registered in Glasgow, England.”

This also appeared in the Cecil Democrat dated Oct. 10, 1863 – “Gustavus Henderson, Esq. of Newark, DE formerly of the county, sailed for Europe in the steamer Anglia from Boston on Tuesday last. Mr. Henderson is familiar with “life on the ocean wave,” having “followed the sea” in early life.”

There are still many questions left unanswered. What in his early life led him to his Southern sympathies and his passionate dedication to that cause? He had no evident means of support, so who was financing his travel to England? Was he sent to England to commission the building of a steam ship and was he corresponding with his financier through letters published in the Whig signed “G”? There is a head stone in the Bethel Cemetery in Chesapeake City for him. Did the family have his body brought home from Bermuda or is the grave empty? During the epidemic, the dead were often buried in mass graves so this is unlikely.

Do you have a mystery that you would like solved? The Historical Society has a knowledgeable group of volunteers who will lead you on a journey that often times mimics a treasure hunt. The society was incorporated in 1931 by the Maryland General Assembly so for 89 years, volunteers have worked to amass an enormous collection of material to help aid the researcher in their quest for knowledge. Many nonprofit organizations are currently suffering from a shortage of funds and volunteers. If you have an interest in supporting the Historical Society of Cecil County or joining our staff of “detectives,” please contact us at 410-398-1790 or email us at cecilhistory@gmail.com.