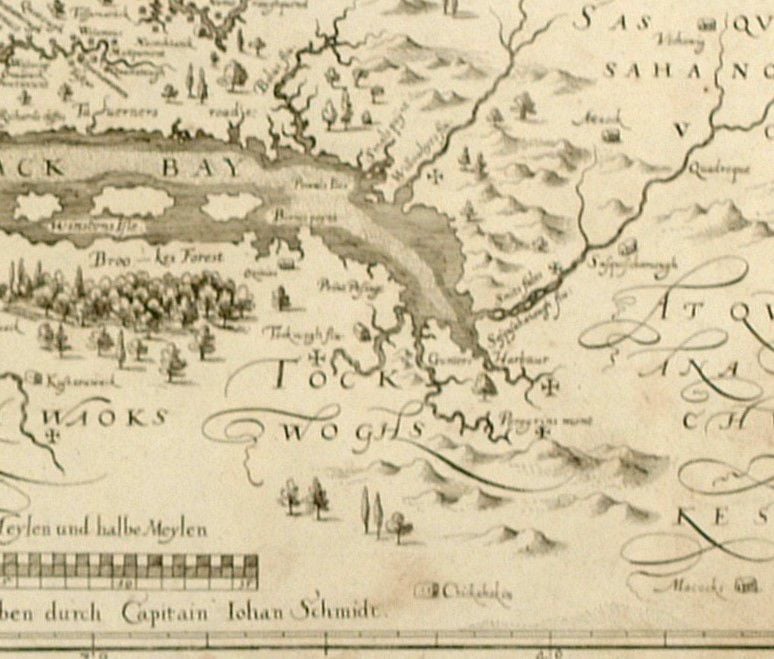 This closeup of the Cecil County portion of John Smith’s map shows Gunter’s Harbor, Tockwogh (the Sassafras), Smith Falls, and the Susquehanna River. 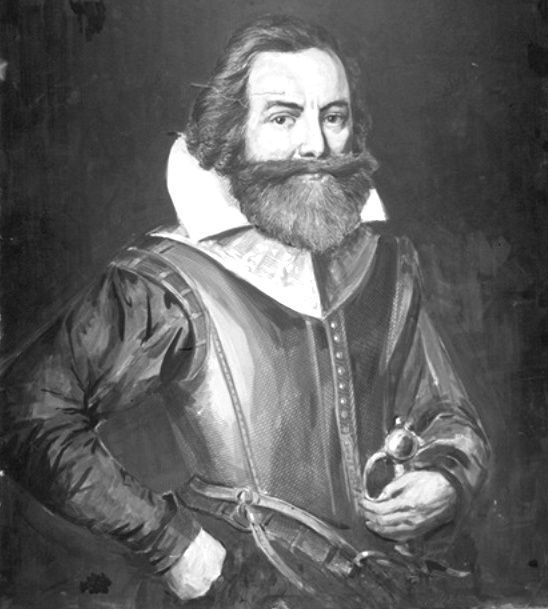 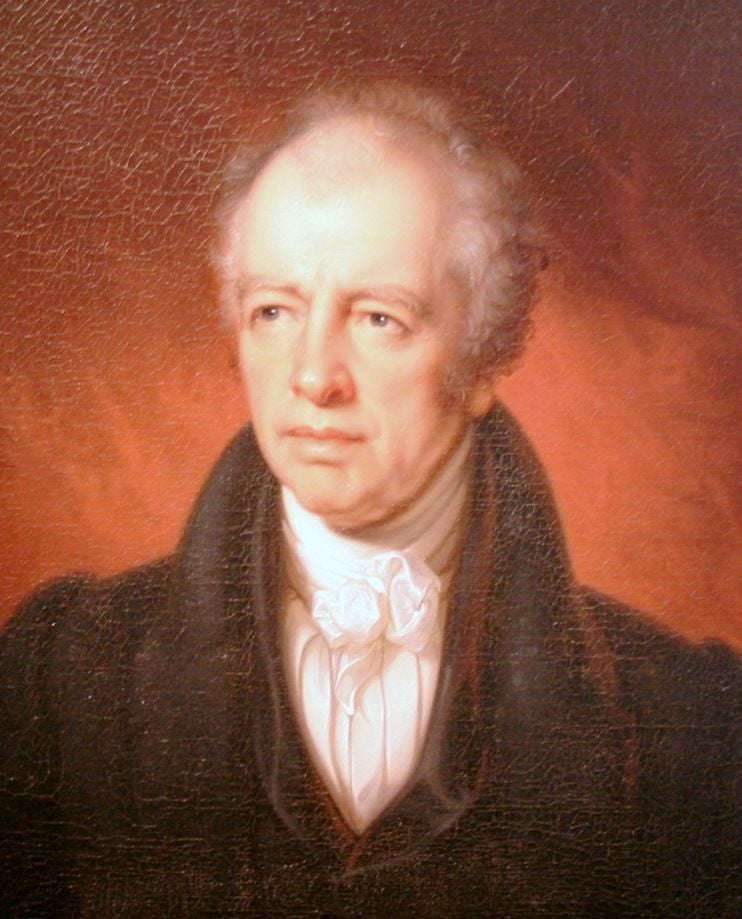 This portrait of James Kent was painted by Rembrandt Peale. James Kent kept a journal while traveling through Cecil County and painted an unflattering picture of Charlestown. 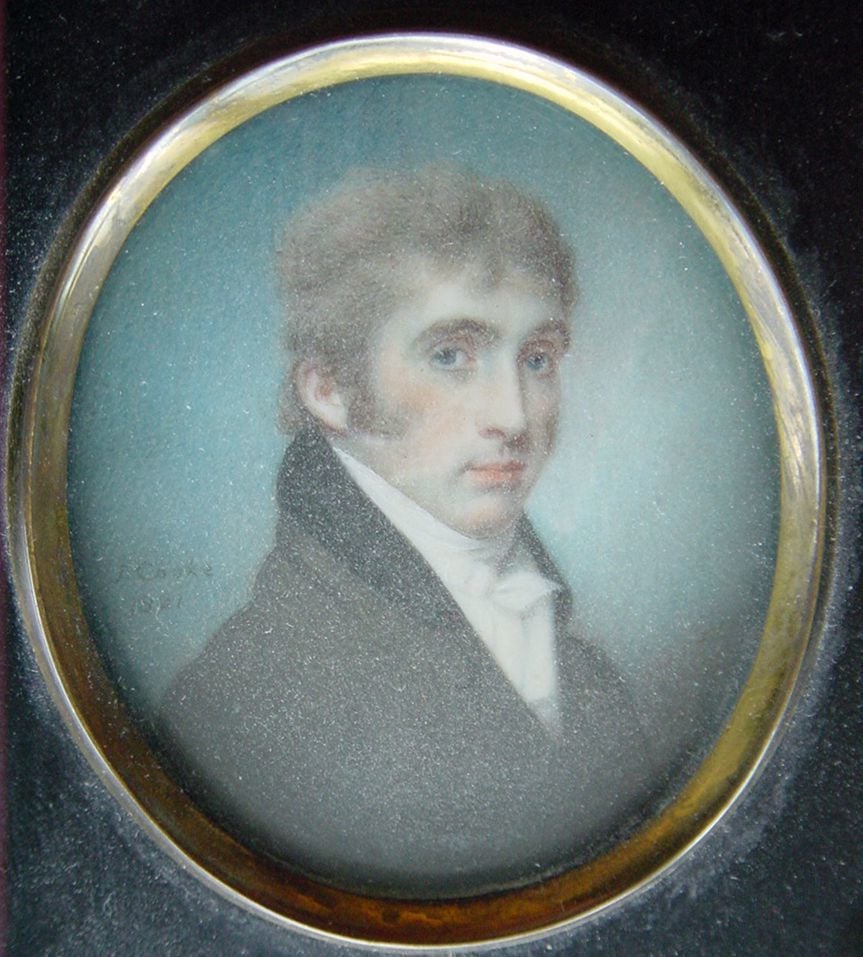 Isaac Weld was an Irish topographical writer, explorer, and artist. He visited Cecil County in 1795 and recorded his observations for his book Travels Through the States of North America and the Provinces of Upper and Lower Canada During the Years 1795, 1796 and 1797. 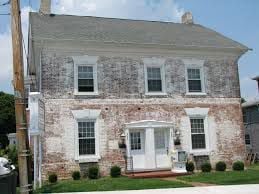 The Hollingsworth Tavern building is located on West Main Street in Elkton. 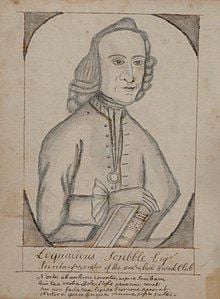 Alexander Hamilton’s self-portrait. He visited Cecil County in 1744 and wrote about his impressions of Head of Elk. 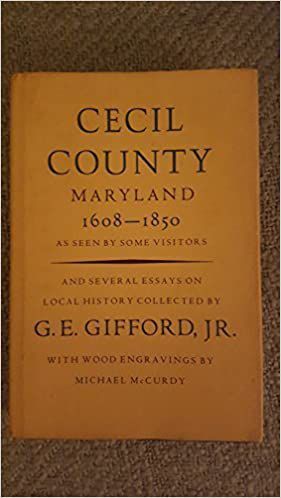 The book used as a resource for this article is currently out of print, but may be available through online booksellers.

This closeup of the Cecil County portion of John Smith’s map shows Gunter’s Harbor, Tockwogh (the Sassafras), Smith Falls, and the Susquehanna River.

This portrait of James Kent was painted by Rembrandt Peale. James Kent kept a journal while traveling through Cecil County and painted an unflattering picture of Charlestown.

Isaac Weld was an Irish topographical writer, explorer, and artist. He visited Cecil County in 1795 and recorded his observations for his book Travels Through the States of North America and the Provinces of Upper and Lower Canada During the Years 1795, 1796 and 1797.

The Hollingsworth Tavern building is located on West Main Street in Elkton.

Alexander Hamilton’s self-portrait. He visited Cecil County in 1744 and wrote about his impressions of Head of Elk.

The book used as a resource for this article is currently out of print, but may be available through online booksellers.

During the coronavirus lockdown, like many others, I spent a good deal of time reading. Old novels were pulled out, as well as old local history books. I soon ran out of local history books, so I borrowed a couple of books from a relative. One of those books was called Cecil County Maryland 1608-1850 As Seen by Some Visitors, a collection of writings by G. E. Gifford, Jr. The book was written in 1974, and was sponsored by The Calvert Elementary School Parent-Teachers Association and The Calvert School Alumni Association as a memorial to George E. Gifford, Sr. The first part of the book is a collection of interesting journal entries written by travelers to Cecil County.

The first account is from John Smith of Jamestown, VA fame. He explored the Chesapeake Bay and was the first known Englishman to describe the county in writing and to map it. Smith begins by describing the geography of the waterways. He wrote, “At the end of the Bay where it is 6 or 7 myles in breadth, it divides itself into 4 branches, (the Sassafras, Elk, North East, and Susquehanna Rivers) the best commeth Northwest from among the mountains, but though Canows (canoes) may go a days journey or two up it, we could not get two myles up it with our boat for rockes.” Captain Smith marked this spot “Smith’s Falls” on his map. These falls were near where today’s Port Deposit sits. Also marked on Smith’s map is Gunter’s Harbor. This is the name Smith gave the North East River.

Cyprian Thorowgood came to Maryland with the first colonists in 1634. Between April 25 and May 15, he traveled up the bay to try to open up trade with the Susquehannocks. In his account, he speaks of trading with the Susquehannocks and receiving 230 skins. He described them as being “very valourous and stout people living in pallisadoed townes” about 40 miles from Palmer’s Island. After trading, the wind blew them toward the North East River “where there is a necke of high land”. The trading party then traveled to the Elk River, and he described it as “being not a quarter broad, upon the Eastern side of it are 3 or 4 points of low marsh land, some 2 leagues away the river, there is a river East, the head of whereof we verily believe joineth upon the Delaware Baye”. The group went ashore and observed animals. “Here wee see many deare, yelkets (elk), and turkies, but caught none.” Thorowgood also mentions that they observed the country had very rich soil and at times sandy shores. He wrote about his travels in “A Relation of a Voyage Made by Mr. Cyprian Thorowgood to the Head of the Baye”, which is in the collection of the Enoch Pratt Free Library.

William Black, a native of Scotland who served as secretary to the Virginia Commission, made a trip to from Annapolis to Philadelphia May 17 – June 15, 1744. On May 24, Black records their landing in Cecil County. “At five o’clock this morning I made my Appearance on Deck, at which time we came to Anchor Off Sacifrace (Sassafras) River and Opposite to Spitsuisy (Spesutie) Island, not having Wind enough to Stem the Ebb Tide, which runs very strong so high up the Bay.” Later, Black writes of the ability to see the Elk, North East, and Susquehanna Rivers while in the bay. The party arrived in North East that evening. North East was described as being “Compos’d of two Ordinaries, a Ghrist Mill, Bakerhouse, and two or three dwelling houses”. He writes that the place “by its appearance did not promise the best of Entertainment”, so the group went to bed at nine o’clock. The next day, Black dined in a public house and said that he “Drunk the best Cask Cyder from the Season that ever I did in America”.

Dr. Alexander Hamilton (no relation to the member of George Washington’s cabinet), from Annapolis, also traveled through Cecil County in 1744. His visit to Cecil County began by traveling to Head of Elk (Elkton) where he stayed at Hollingsworth’s Tavern, which was on the main road (now West Main St.). He describes the location in his journal: “There is a great marsh upon the left hand of his house, which I passed in the night, thro the middle of which runs Elk. The multitude of fire flys glittering in the dark upon the surface of these marshe makes it appear like a great plain scattered over with spangles.”

James Kent practiced law in New York after the Revolutionary War. He became the first professor of law at Columbia College. He kept a journal of a trip from Christiana, Delaware to Washington, D.C. in 1793. As he left Delaware and approached Head of Elk, he writes, “here we bid adieu to good Roads, & good Soil for the country. Roads in general thro Maryland shamefully neglected.” He goes on to describe the town of Elkton: “Elkton is a pleasant and neat looking town at the Head of Elk River in Maryland” and that the “2 forks of Elk River join here. Sloops come up, & the Tide rises 7 or 8 feet. Howe landed some Miles below the Village in 1777 as Ships cannot come within several miles.” When he visited Charlestown, he wrote, “Charlestown is 3 miles from N.E. in a S.W. course. Here you are at the head of the Chesapeak, I have a very side view for 30 miles down. The place must be very pleasant in Summers, but consists only of poor fishing huts, and looks in wretched decay and sail and houses bear every aspect of Poverty and Ruin.”

Mederic-Louis-Elie-Moreau de Saint-Mery was born in Quebec and visited the county in 1794. He traveled by boat to Frenchtown on the Elk River. He then boarded a coach and traveled to New Castle, Delaware. On May 21, 1794 his boat reached Frenchtown. He describes it having a “large dwelling house, with a kitchen outbuilding and other outbuildings, and a warehouse. It is on the left bank of the pretty Elk River, which enters the Chesapeake several miles farther down. It is said that the name Ville Francaise, was given to this place because it was the site of a settlement of Acadians who had been exiled by the English in 1715. It was burned by the English in 1813”

Isaac Weld visited Cecil in 1795 and wrote a very descriptive account of the poor condition of the roads. He comments, “The roads in this state are worse than in any one in the union; indeed so very bad are they that on going from Elkton to Susquehanna Ferry, the drive had to call to the passengers in the stage to lean out of the carriage first at one side, then at the other, to prevent it from oversetting in the deep ruts with which the road abounds … Whenever they attempt to mend these roads, it is always by filling the ruts with saplings or bushes, and then covering them over with earth…The dexterity with which the drivers of the stages guide their horses along these new roads, which are full of stumps of trees is astonishing.”

The Historical Society of Cecil County is currently closed due to the coronavirus pandemic. When we reopen, please visit us!