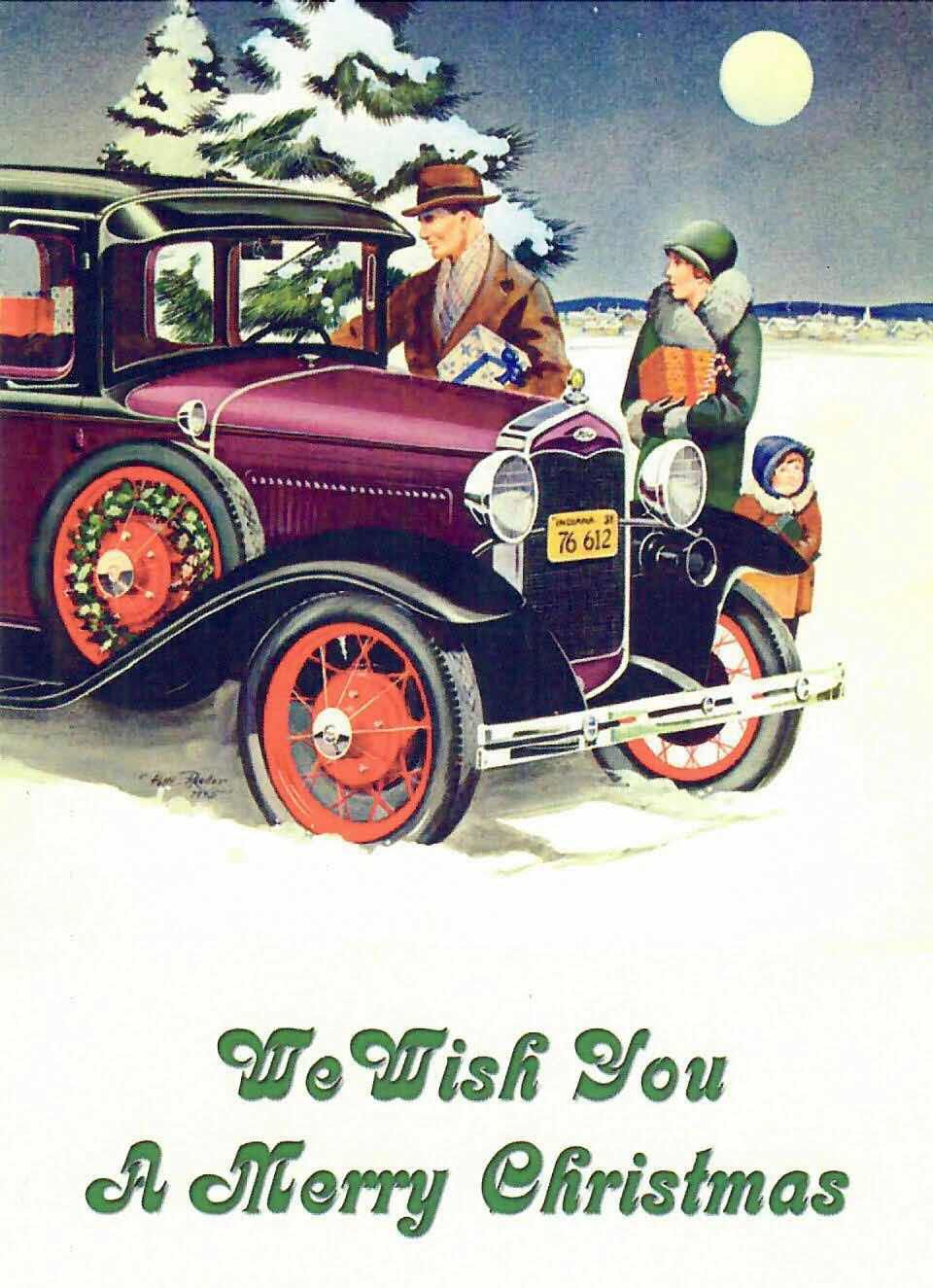 This image is likely from a holiday card or postcard and depicts a couple with presents from the early 20th century. 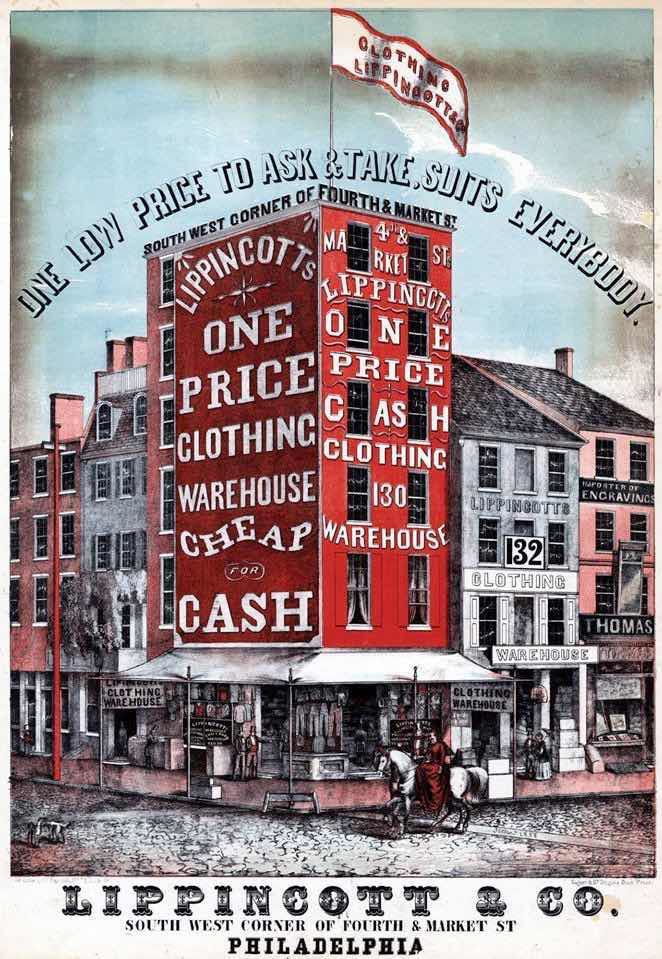 Early 20th century ad for Lippincott & Co. out of Philadelphia. 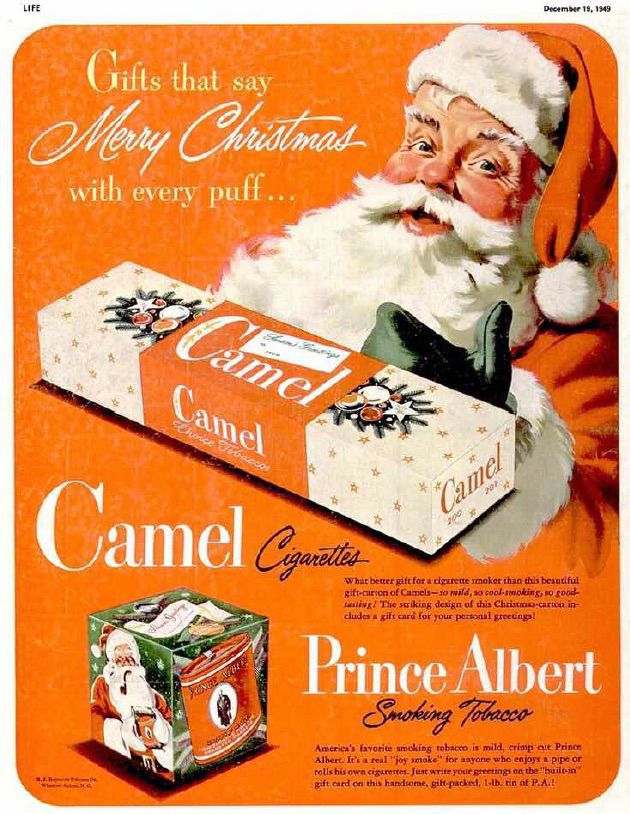 This image is likely from a holiday card or postcard and depicts a couple with presents from the early 20th century.

Early 20th century ad for Lippincott & Co. out of Philadelphia.

CECIL COUNTY — ‘Tis the season! Lights are up, trees are decorated, and holiday cards are in the mail. Over the past couple of weeks, as I have been preparing for the upcoming holidays, I began thinking about how our Cecil County ancestors may have prepared for the holidays themselves. I found myself mostly curious about how they did their holiday shopping, what stores they shopped at, how much money they spent, and what types of gifts they were giving and receiving. Of course, I wanted to research every decade going all the way back to the birth of our rural county, but I quickly realized that I needed to dial my ambitions back a bit considering the fact that my own personal holiday shopping hadn’t even begun yet.

So, I decided to research the early 1900s up until the early 1940s. This particular timeframe was meaningful to me as it covered my grandparents and great grandparents’ generations. I endeavored to busy myself with the grueling task of combing through the Historical Society’s files, newspapers, and any miscellaneous documents that may have given me a glimpse into the past. Thankfully, my fellow Historical Society researcher Lisa Dolor suggested that I explore the Library of Congress’ newspaper database, Chronicling America, to see what our local newspapers were reporting and advertising at the time. Needless to say, this was extremely helpful and saved me a lot of time. So, here’s what I found:

In December of 1909, the Cecil Whig ran an ad for the Retail Bureau of the Merchants and Manufacturer’s Association of Baltimore offering to reimburse the round trip fares of anyone traveling to Baltimore to do their holiday shopping at select stores. For anyone that spent twenty dollars or more at any of the named stores, their full travel fares would be reimbursed for up to 100 miles in any direction by train or boat. Shoppers were to collect their certificates at any of the participating shops and then have the clerks stamp the certificate to show proof of purchase amount. Once the customer was finished shopping, he or she were to take the certificate to the Retail Bureau, located at Baltimore Street and Hopkins Place to receive their fair reimbursement before heading back home to Cecil. After reading this, I wasn’t sure if I was more surprised by only needing to spend twenty dollars, or that these stores were willing to reimburse people’s travel fares in order to get them to Baltimore to do their shopping.

On Dec. 11, 1915, the Cecil Whig ran an ad for Lippincott & Company located on Market Street in Wilmington, Del. The headline read, “If you cannot buy the article you want for a gift in your home town, come to Lippincott’s, Wilmington.” The store offered such gifts as silks, stationery, furs, and perfumery just to name a few. Presumably, these items may have been hard to come by in our rural Cecil County so consumers were enticed to make the journey to get what they desired. The store boasted that they were serving “thousands of customers in Wilmington and the country roundabout” and that they were the “ideal Christmas store” claiming that “when you are able to concentrate on one store, with innumerable departments and every one fitted and equipped to take care of your every want – then and only then Christmas shopping becomes a real pleasure and the duty loses much of its dread.” It was refreshing to see that holiday shopping was just as dreadful back then as it is today.

On Dec. 9, 1927, the Midland Journal (Rising Sun’s local paper) ran an advertisement promoting the National Bank of Rising Sun’s Christmas Club for 1928. Christmas Clubs were a way for people to save money throughout the year specifically for the purpose of Christmas shopping. They gained a lot of popularity during the depression, as many people’s financial situations were extremely unstable. People could deposit a set amount each week into their Christmas fund and then withdraw the money the following December in time for the holidays. The idea being that if you save throughout the year, there would be no financial stress once the holidays arrived. Sounds familiar.

On Dec. 4, 1931, the Midland Journal ran an ad for the Postal Service regarding the mailing of Christmas packages. The Postmaster General at the time, Walter F. Brown, urged everyone to mail packages early to avoid delays, expressing that “during the holiday time the volume of mail increases approximately 200 per cent.” Again, sounds familiar.

On Nov. 28, 1941, the Midland Journal advertised “America’s favorite cigarette,” Camels, as the holiday favorite for gift giving. The ad emphasized that they were “an ideal gift for all smokers – including the men in the service with whom Camels are the outstanding favorite.” It’s hard to image a time when giving cigarettes as a Christmas gift was not only acceptable, but also highly encouraged. I had to remind myself that during this time, practically everyone smoked, including everyone’s doctors!

So, there it is, a glimpse into the holiday shopping trends of the early 20th century in Cecil County. Much like today, people were going where the deals were, seeking out the big name stores to obtain that perfect gift that they couldn’t buy locally, waiting until the last minute to mail their holiday packages, and of course, trying not to go broke in the process. The two biggest differences that I see now compared to our ancestors is that we have Amazon Prime and fewer people smoke.

Final thought: the holidays seemed to be just as crazy back then as they are today.