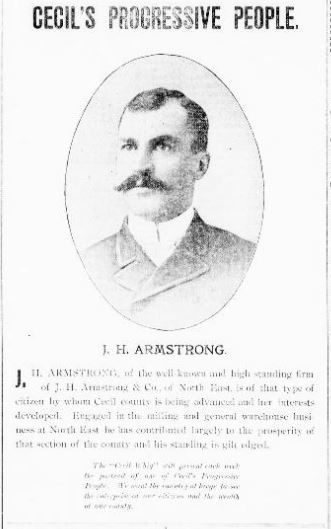 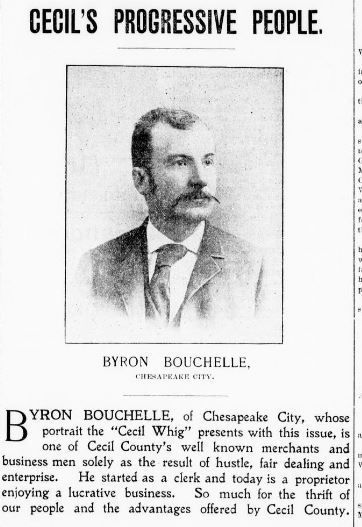 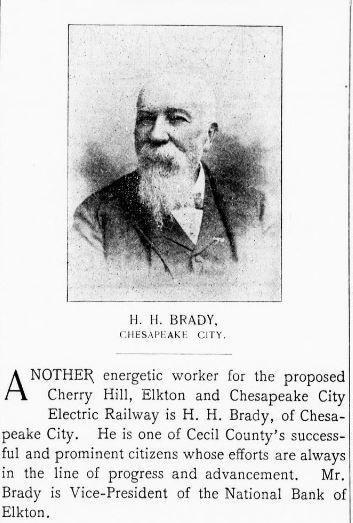 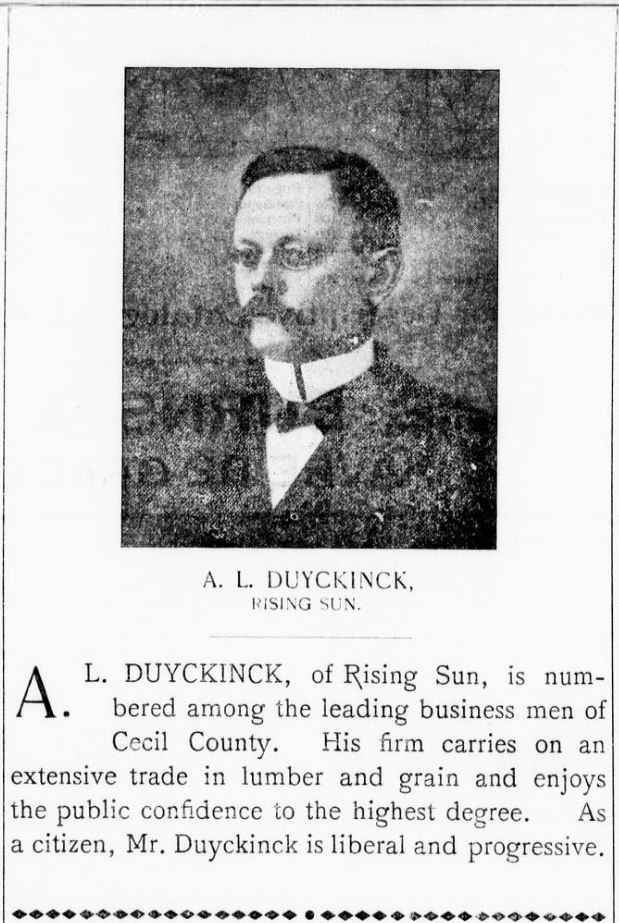 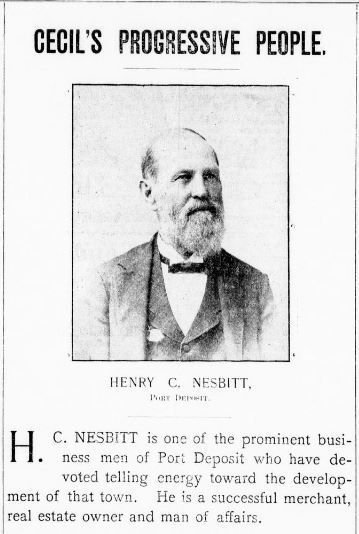 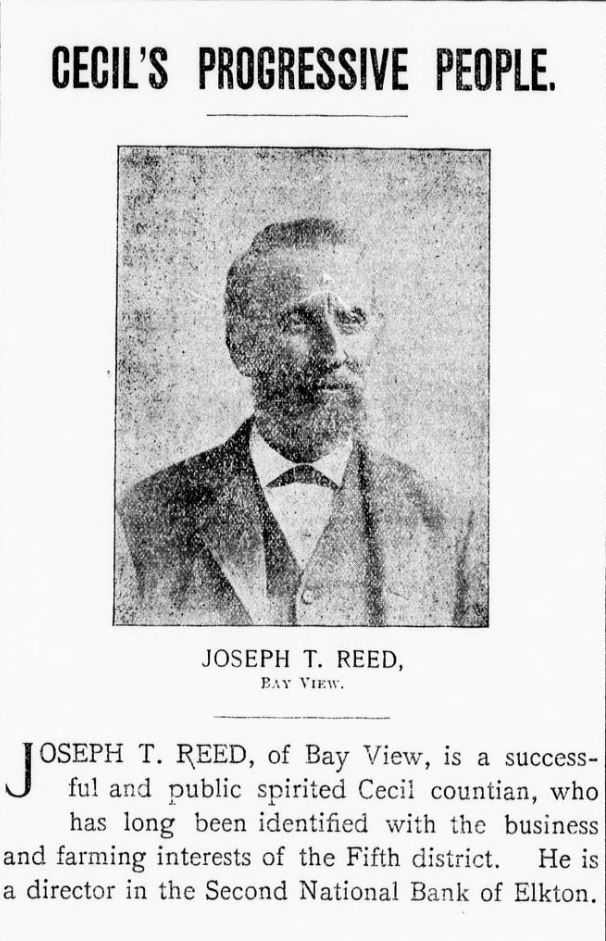 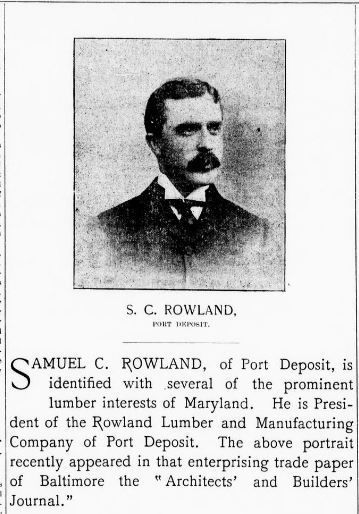 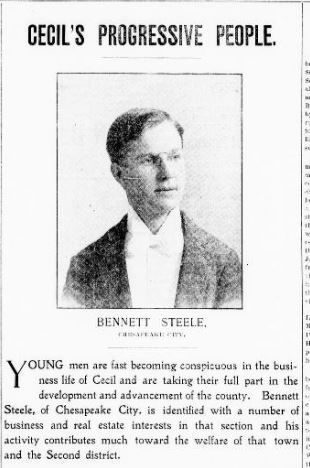 As Cecil County began a new century in 1900, the Cecil Whig began a new series called “Cecil’s Progressive People”. Each week, from December 1899 until December 1900, the Whig would profile a prominent citizen of the county. The first profile, J.H. Armstrong of North East, appeared in the December 23, 1899 edition, with this explanation:

“The Cecil Whig will present each week the portrait of one of Cecil’s Progressive People. We want the country at large to see the enterprise of our citizens and the wealth of our county.”

The citizens chosen were all male, and were involved in successful businesses of the time. They came from various parts of the county and were considered the movers and shakers of 1900.

The first citizen profiled was J.H. Armstrong of North East. He was involved in milling and in the general warehouse business and owned J.H. Armstrong & Company. According to his profile, he had contributed largely to the prosperity of North East and his standing in the town was gilt edged.

Another North East area citizen profiled was Joseph T. Reed of Bay View. Joseph T. Reed was one of the incorporators of the planned Rising Sun, North East, and Elk River Electric Railroad of Cecil County. The railroad was never built, but he was involved in the planning. Mr. Reed, a director of the Second National Bank of Elkton, was described as a “public spirited Cecil Countian long identified with business and farming.”

Port Deposit businessman Henry C. Nesbitt was featured in the February 17 edition of the Cecil Whig. Mr. Nesbitt was, according to his profile, a “successful merchant, real estate owner, and man of affairs” who had devoted his energy toward the development of Port Deposit.

Prominent Port Deposit resident Samuel C. Rowland was featured in the April 14 Cecil Whig. He was the president of the Rowland Lumber and Manufacturing Company of Port Deposit. The book Baltimore: Biography, edited by Clayton Coleman Hall in 1912, described Samuel C. Rowland as being active in the world of finance, of transportation, and of industrial development. He attended West Nottingham Academy and Lafayette College.

A profile of Rising Sun citizen Aaron L. Duyckinck appeared in the Cecil Whig. Mr. Duyckinck was engaged in the lumber and grain business. The newspaper described him as a liberal and progressive man who “enjoys the public’s confidence to the highest degree.” He was also one of the incorporators of the Rising Sun, North East, and Elk River Electric Railroad Company of Cecil County.

Chesapeake City residents H.H. Brady, Byron Bouchelle, and Bennett Steele all were profiled in the Cecil Whig. H.H. Brady was one of the original incorporators of the unsuccessful Cherry Hill, Elkton, and Chesapeake City Electric Railway. Mr. Brady was a vice president a member of the board of directors of the National Bank of Elkton.

Byron Bouchelle was described as a “well known merchant and businessman solely as a result of hustle, fair dealing, and enterprise. He began as a clerk and today is a proprietor, enjoying a lucrative business.” Mr. Bouchelle was a member of the vestry of St. Augustine Parish.

Bennett Steele was successfully engaged in the grain and coal business. According to the Cecil Whig, his activity contributed much toward the welfare of the town of Chesapeake City. He was elected to the Maryland House of Delegates in 1902.

The Cecil Whig proudly presented these profiles throughout the year. If you would like to know about the rest of Cecil County’s “Progressive People,” visit the historical society.

The Historical Society of Cecil County has fully searchable digitized copies of the Cecil Whig and other historical Cecil County newspapers. The society is open on Mondays and Thursdays from 10 to 4 and on the first Saturday of each month from 10 to 2. Our expert researchers will be glad to assist you.

Editor’s Note: We like to showcase the people of Cecil County in the present, too — as you can read in these pages and all our issues. If there is someone you would like to see profiled in our newspaper because of their enterprises or other contribution to the county, please feel free to contact me at editor@cecilwhig.com. — B. Rae Perryman, Editor