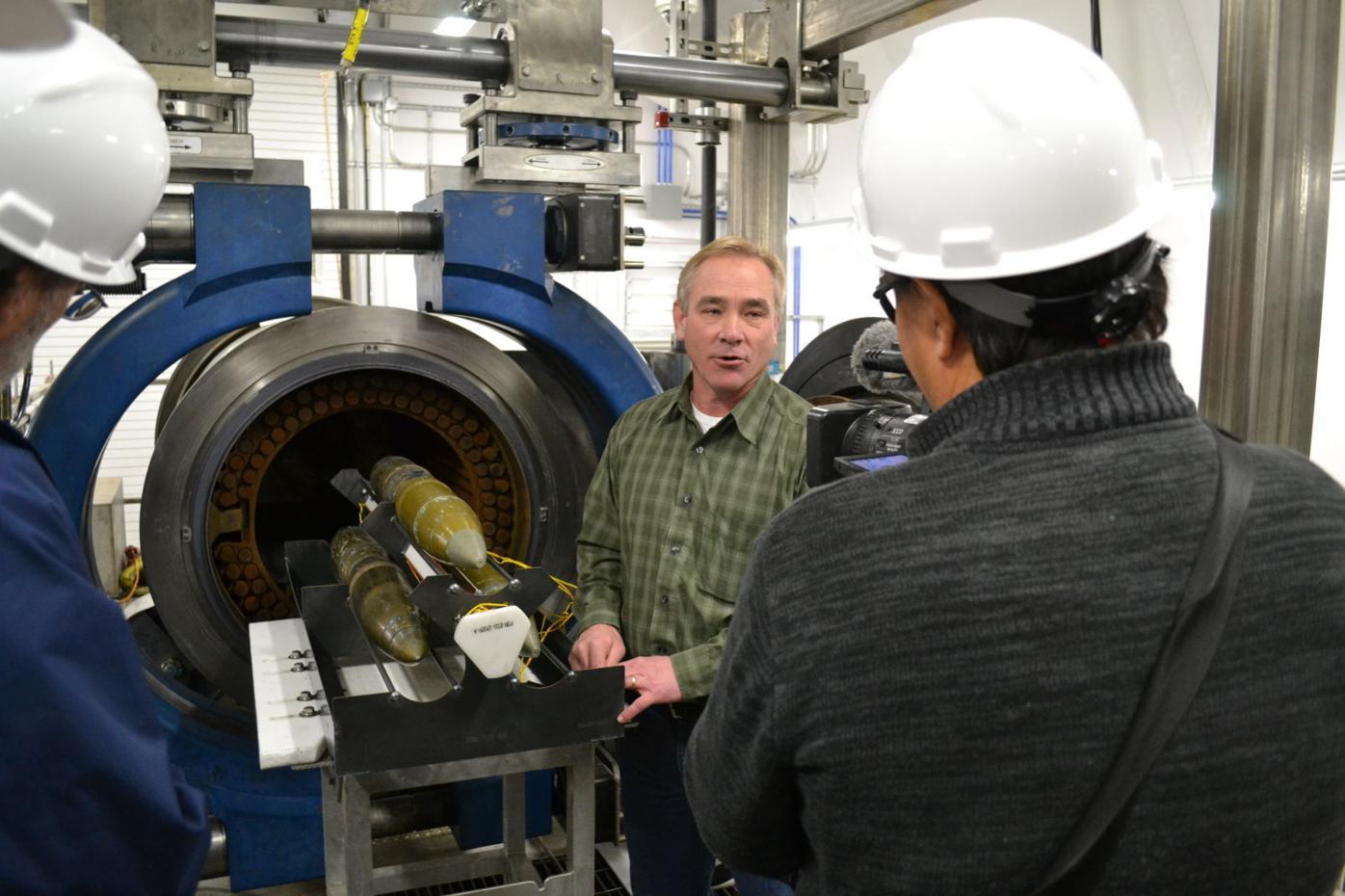 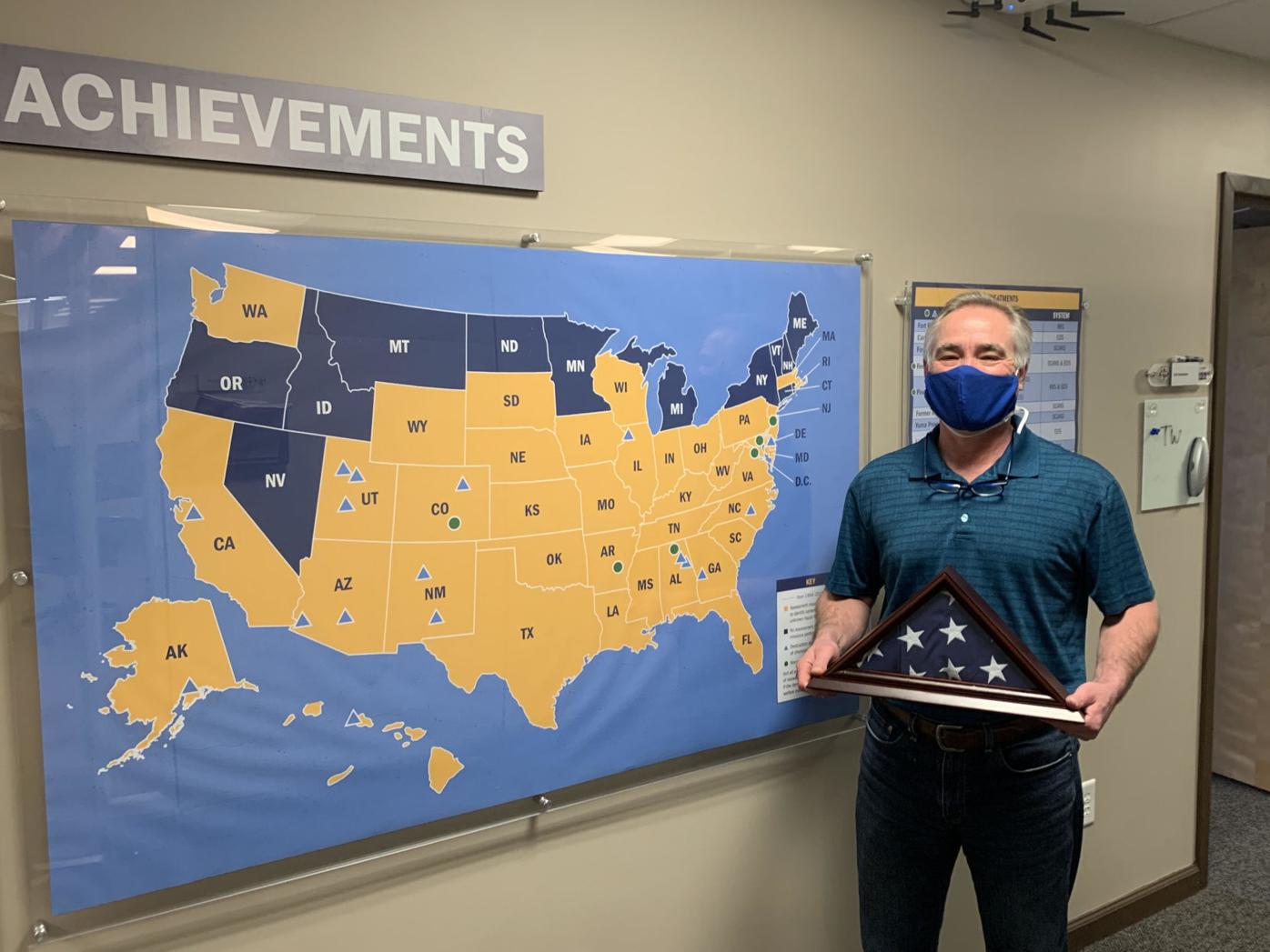 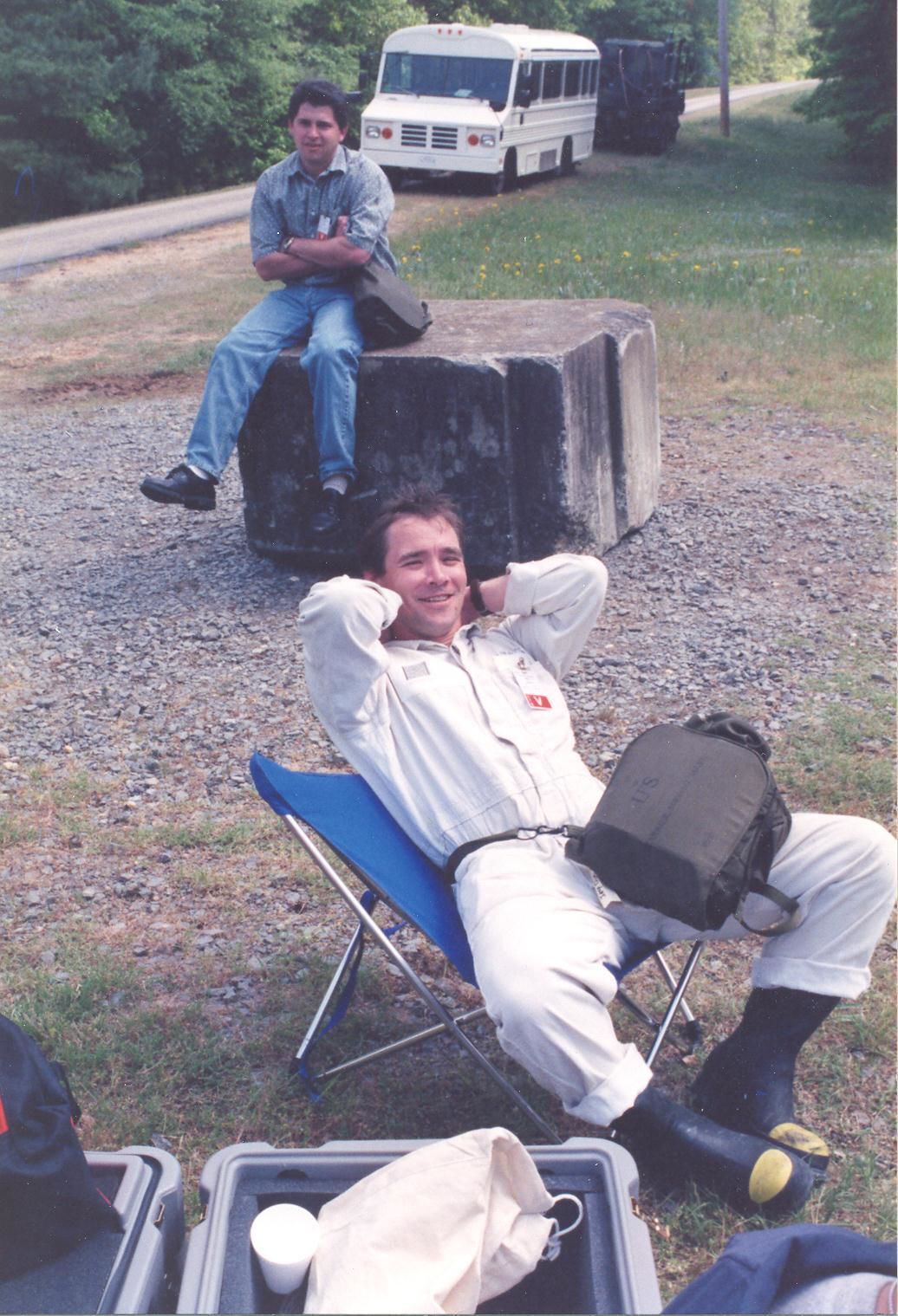 Though his official title for the past 17 years was Explosive Destruction System Group leader, Bird wore many hats – ensuring mission success. As one of its most staunch champions, Bird managed the EDS, the Army’s premiere technology for destroying recovered chemical warfare materiel, providing a safe, innovative alternative to open detonation of RCWM on active installations or formerly used defense sites.

Known for his efficiency and resourcefulness, Bird spent his career overcoming challenges and novel mission requirements keeping cost, performance, and schedules on track for some of the largest chemical demilitarization projects across the United States.

“These three pillars of Project Management are critical to the success of any operation in the Recovered Chemical Warfare Materiel Program,” Bird said.

As an experienced project manager, Bird has led everything from small, localized operations to missions with teams of more than 50 people. Because of his world-renowned expertise, Bird also traveled internationally to aid other countries in their chemical demilitarization processes.

“Mr. Bird exemplifies the culture of competence here at CMA,” said Mr. Kelso Horne, Director of CMA. “He is one of the few remaining original team members of the organization established to meet the Army’s mission to satisfy our Nation’s chemical weapons treaty obligations. His dedication to service will live on in the legacy of excellence he established — a legacy any civil servant could be proud of.”

“My education and military background in the Chemical Corps for seven years was well suited to do the work in the newly established Non-Stockpile Project,” Bird said. “I liked that I was getting in on the ground floor with the organization.”

In addition to helping establish the entire Non-Stockpile program, one of Bird’s most notable accomplishments began in 2010, when he led the ground-breaking design, permitting, construction, systemization, training and operation of the Pueblo Chemical Agent-Destruction Pilot Plant EDS project. The PCAPP EDS successfully destroyed 560 overpacked and leaking mustard projectiles, mortars and containers in support of the stockpile demilitarization program. The team set a single-day record for the EDS when it destroyed six 155mm projectiles in a day.

Due to the size and significance of the operation, the PCAPP EDS effort garnered significant attention as it successfully implemented stockpile destruction operations, bringing the Nation one step closer to treaty compliance. Bird emphasized the multi-pronged effort required for mission success: competition for the mission to destroy leaking munitions from the stockpile at Pueblo Chemical Depot, Colorado; securing the required permits in record time (18 months); construction of the $15 million facility in 12 months; and destroying the first chemical rounds for the Program Executive Office, Assembled Chemical Weapons Alternatives.

“Under very difficult conditions we completed all tasks within cost and schedule,” Bird said.

Through 2004, he planned and executed chemical agent transports, assessments, emergency destruction operations and support to all planned recoveries from U.S. Army Corps of Engineers chemical agent burial sites. In addition, he designed and procured the first Interim Holding Facilities, temporary storage solutions for Munitions and Explosives of Concern in the field, and the entire suite of Multiple Round Containers for safe packaging of RCWM pending destruction. Both remain the only Department of Transportation approved technology for such use. Bird also served as the primary author to the first Interim Guidance on RCWM, which established the process for managing and executing all aspects of RCWM response actions, signed by the Deputy Assistant Secretary of the Army for Environment, Safety and Occupational Health in September 1997.

The early days in his RCMD career proved challenging for Bird due to the pioneering aspect of this new Army mission and lack of chemical demilitarization equipment to transport recovered chemical weapons.

“It was an unbelievably challenging task,” Bird said. “We had daily contacts with everyone from the Pentagon, the State Department, military liaisons, to members of Congress and government staffs. We were meeting with the Centers for Disease Control and, at times, fielding calls from four-star generals all in a day’s work. It was exciting times, and the communication was necessary to get people to trust we would do our job the right way.”

From 2004-2010, Bird’s group was responsible for the design, permitting, construction, systemization, training, and operation of the Pine Bluff EDS at Pine Bluff Arsenal, Arkansas, which destroyed more than 1,270 recovered chemical munitions and, ahead of schedule, completed the Nation’s treaty requirement to destroy all declared RCWM. During that time, Bird’s group also managed operations at the Pine Bluff Ton Container Decontamination Facility, the German Tractor Rocket Separation System, and the Pine Bluff Munition Assessment System. Bird also recalled the long-term project he was involved with at PBEDS, hiring and training a novice team to be stationed permanently at Pine Bluff Arsenal, again saving millions of dollars of temporary duty costs over the six-year project.

“I have had the honor of serving alongside Mr. Bird most of my career,” says Mr. Donald Benton, Director of Recovered Chemical Materiel. “His programmatic knowledge helped everyone within the organization over the last two decades. Operationally I had complete confidence that any operation he led would succeed and I enjoyed his enthusiasm and steadfast nature to overcome any challenge that came his way. I know that I am not alone in these sentiments and he is one of those folks that you just can’t replace. I am however grateful and conscious that he always took the time to bring the next generation of RCMD staff under his wing and through his mentorship.”

With both a military and civilian career under his belt, Bird knows he helped make the world a safer place given his accomplishments in eliminating chemical warfare and is excited to see what the future holds in retirement. Now residing in Maryland, he plans to travel with his wife and spend time with his family in Florida and in Wisconsin. An avid life-long wrestler and outdoor enthusiast, Bird will continue giving back to the community as a high school coach.

“I look forward to working on my family’s farm and partaking in my favorite hobbies, which include hunting, fishing, camping and waterskiing,” he said.

When asked what advice he would give to future project managers, Bird emphasized confidence.

“Understand that no one else can do your job better than you,” he said, adding, like a true project manager, “never let anyone convince you to change things that will impact cost, schedule or performance down the line.”

He served for seven years in the Army Chemical Corps, leaving military service in 1992 as a captain at the Army Environmental Center, then located at APG. During his Army career, Bird received the Army Commendation Medal, Meritorious Service Medal, National Defense Service Medal, Army Service Ribbon and Overseas Service Ribbon, and was the Distinguished Honor Graduate of his Airborne School Class. He also was selected as AMC Employee of the Quarter, third quarter of fiscal year 2018. Bird is a graduate of the Defense Acquisition University Advanced Program Management Course and is Level III certified in Program Management and Systems Planning, Research, Development and Engineering.