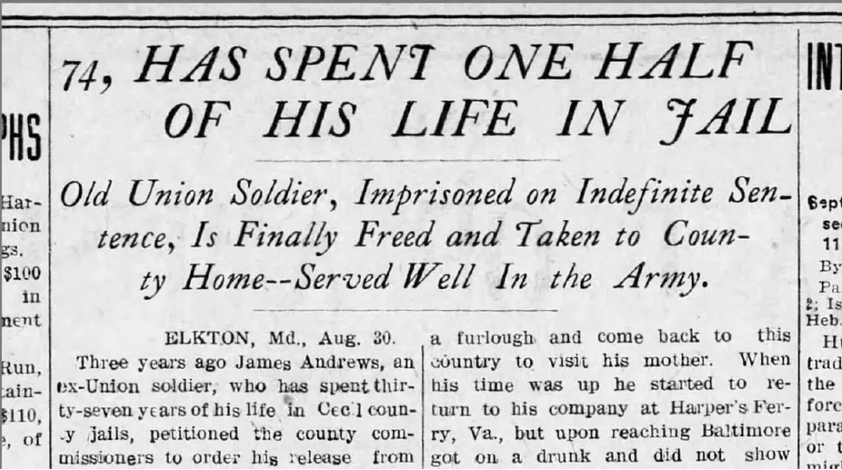 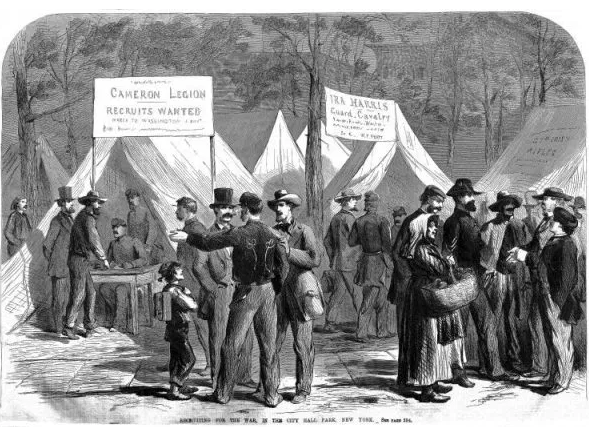 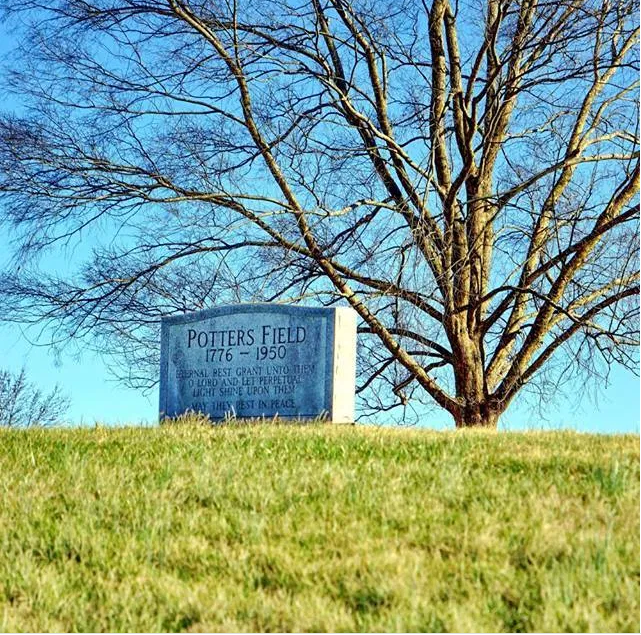 Q: I am researching mental health issues for Civil War soldiers. Are there any accounts of this in Cecil County?

A: The Civil War cast a long, troubling shadow, altering the lives of many young soldiers. One of those was James H. Andrews, a soldier in the Union Army. After serving two years honorably, the brutal fighting seems to have affected him for sources said he became eccentric and unbalanced. In 1869 a jury convicted him of an attempted assault. After serving a year, he was released but got into similar trouble. This time the jury said he was insane and unfit to be at large. Andrews was sent to Baltimore for treatment but soon escaped. After that, he returned to Elkton’s Jail, starting the beginning of a long life behind bars, except when he fled to Washington D.C. or Annapolis to speak with the president or governor about his general’s commission. Another time he was sent to a Baltimore for treatment of his delusions, but soon escaped, only to be returned to Elkton’s jail. The old soldier ended up spending half of his life in the custody of the county sheriff, except for those jailbreaks. The nearly 40-years was “the longest time for any person in the United States to spend in jail,” according to the Adams County Independent. Growing old, Sheriff Kirk transferred the “old man of the prison” to the county almshouse in 1907. Andrews was finally “given a pardon at least by death,” the Cecil Democrat reported in 1908. He is buried in the county cemetery, the Potter’s Field at Cherry Hill.