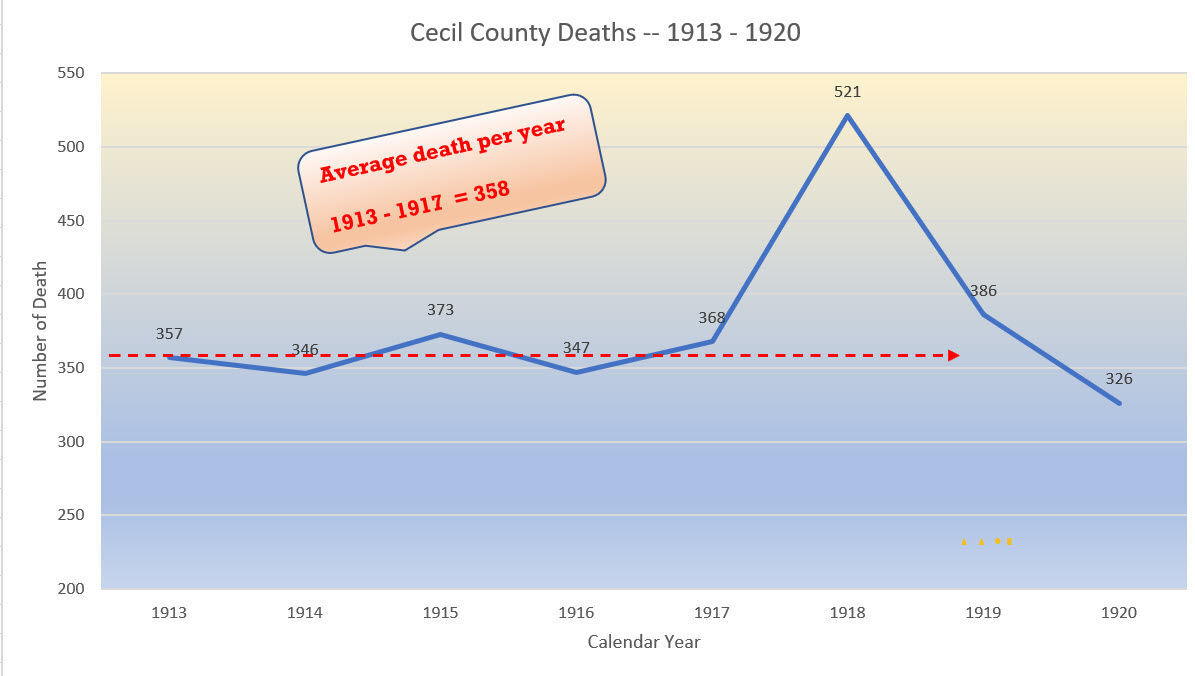 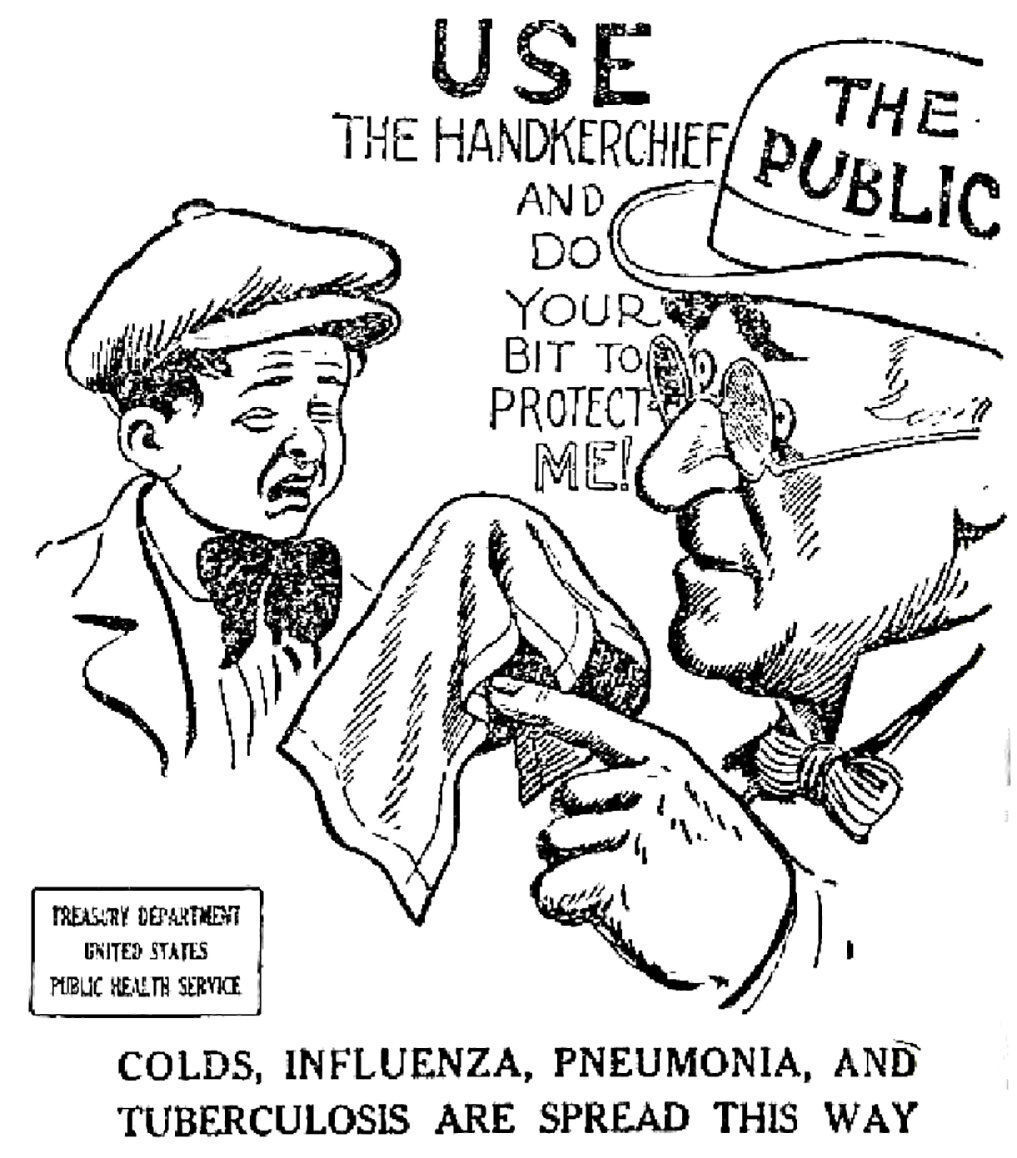 Historic public health advertisements from the Library of Congress. 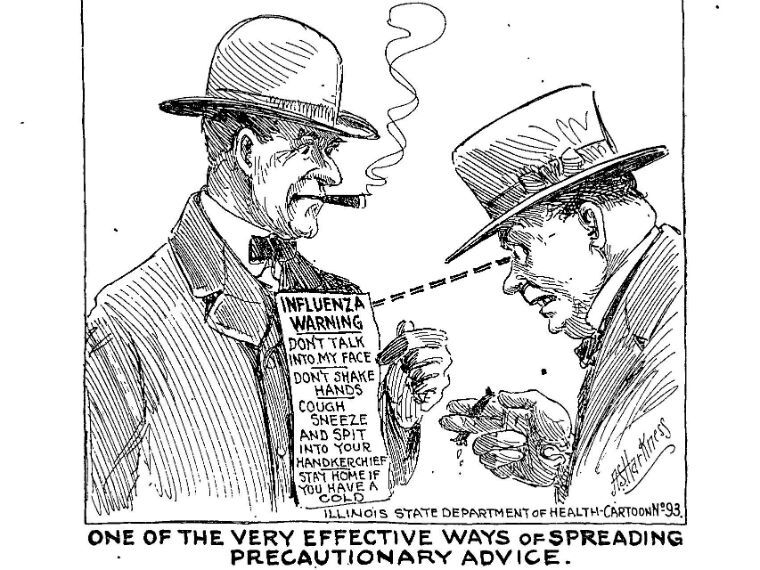 Historic public health advertisement from the Library of Congress.

Historic public health advertisements from the Library of Congress.

Historic public health advertisement from the Library of Congress.

Q: Do you have any information on how many people died from the Spanish flu in 1918?

A: The exact death toll is difficult to extrapolate as influenza was not a reportable disease initially, diagnostic criteria for the flu and pneumonia were vague, and the quality of death certificate filed by physicians varied greatly. Nevertheless, some reasonable approximations can be developed. Morbidity rose sharply in Cecil County in 1918, according to the annual report of the Board of Health, the fatal cases spiking at 521. For the previous five years, the county averaged 358 deaths. Thus, over the twelve months of 1918, deaths increased by forty-five percent (163 additional cases). The illness struck hardest here around October. While the medical reporting is not precise enough to contribute it all to the contagion and related medical complications, it is reasonable to assume that the virus caused most of the mortality increase as the count fell back to anticipated ranges after that. The year Cecil County struggled to control the spread of the deadly pathogen, the mortality case rate was 2.29 percent or 2.29 deaths per 100 people. In 1917, the case rate had been about 1.6 deaths per 100 people. The average age of death in 1918, was 39.7 years, while in Maryland it was 32.0. A smaller outbreak occurred in the early winter months of 1919, but the impact of this wave was tallied in the next annual report of the Board of Health, and it was slight in comparison to the previous autumn.