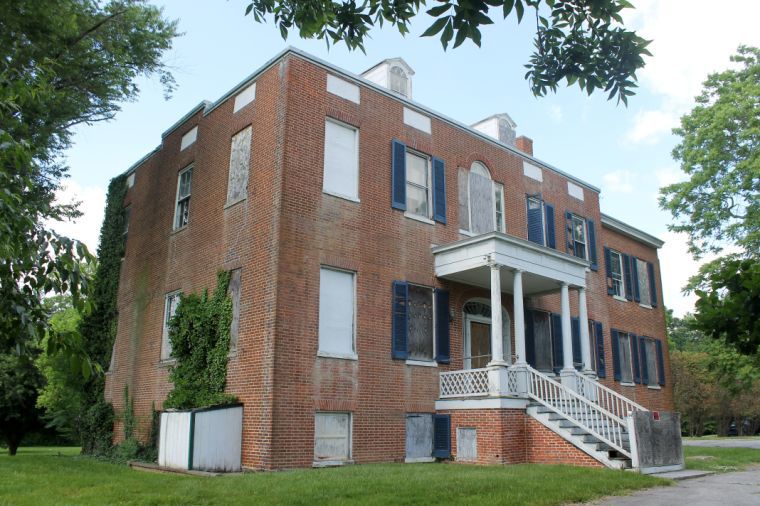 The stately brick Holly Hall home was built in the early 1800s, but unfortunately has become derelict through the decades. 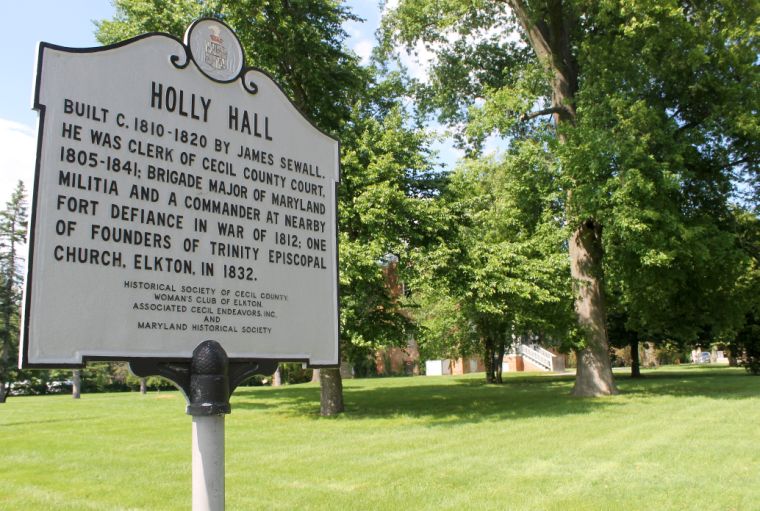 A state historical marker recalls the history of the Holly Hall manor home and its owner, James Sewall. 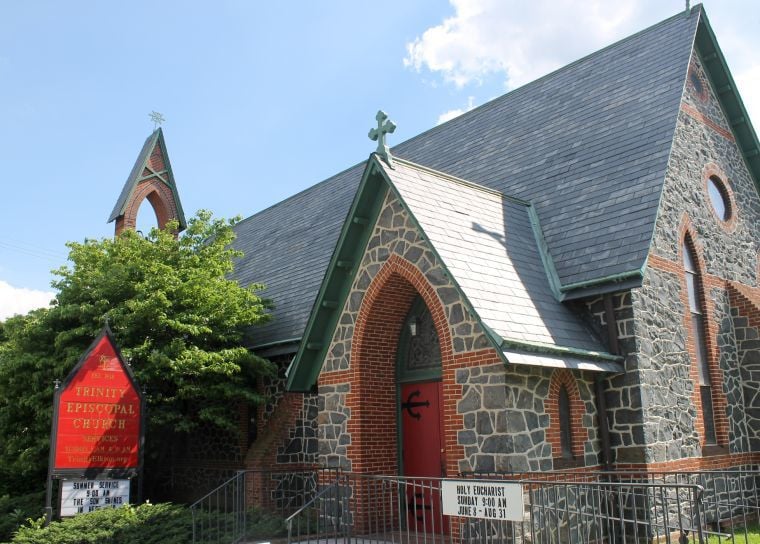 Maj. James Sewall, who built the residence at Holly Hall, was also one of the founding members of Trinity Episcopal Church on Bridge Street in Elkton. 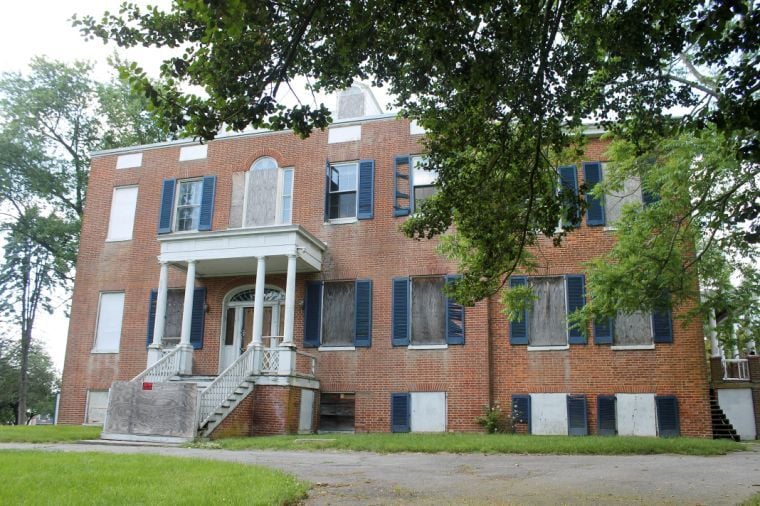 The property was also home to some of the county’s earliest charter government campaigns in 1972.

The stately brick Holly Hall home was built in the early 1800s, but unfortunately has become derelict through the decades.

A state historical marker recalls the history of the Holly Hall manor home and its owner, James Sewall.

Maj. James Sewall, who built the residence at Holly Hall, was also one of the founding members of Trinity Episcopal Church on Bridge Street in Elkton.

The property was also home to some of the county’s earliest charter government campaigns in 1972.

ELKTON — The once glorious architecture of Holly Hall on Bridge Street is indicative to those stopped interminably at the Route 40 and Bridge Street light that the place was once of some importance and significance.

Obviously someone once loved the old brick building and invested significant funds into the timeworn and ailing structure. It is equally evident that the pride of ownership in the building, self-evident in years past, has long since left the building.

Holly Hall has had many a brush with history, not the least of which found the building in near excellent condition 42 years ago. That is when a very active Cecil County League of Women Voters used the well-appointed Holly Hall to house an informational meeting on the then proposed charter government for Cecil County on June 14, 1972. Now 42 years later, Holly Hall is in a derelict state and certainly not hosting luncheons and teas, while 38 years later on Nov. 2, 2010, the charter government the league worked so strenuously to promote and provide education for, was finally passed by Cecil’s voters. It’s merely an historic wonderment to consider what that League of Women voters meeting 42 years ago might have thought of Cecil’s first county executive under charter being a woman in the form of Tari Moore.

The history of Holly Hall itself, however, quite obviously dates much further back than the marathon effort to pass charter government. Built in the Federal style about 1802 for James Sewall, the once stunning two-and-a-half-story brick home was photographed in 1936 for the Historic American Buildings Survey, or HABS, of the National Archives. Among the dozens of photographs of the building’s interior and exterior, special attention was given to the sweeping staircase and sophisticated entry featuring an elliptical transom with side lights and fluted column portico. Even then, however, the building was showing wear and tear.

In 1936, HABS researchers noted the staircase as a “masterful display of Federal carpentry” with a continuous, uninterrupted line to the third floor. It is believed Owen Biddle’s The Young Carpenter’s Assistant, published in Philadelphia in 1805, provided the inspiration for the staircase and the dimensions. The overall design of Holly Hall is believed to have been influenced by the published designs of well-known architects like Asher Benjamin and Robert Morris.

The mantels in Holly Hall were not original to the 1802 construction date, but were likely installed between 1830 to 1840, including a gray King-of-Prussia marble in the Greek revival style.

James Sewall, or Sewell, was born in 1778 and died in 1842. A commander in the War of 1812, he was an early railroad executive and a descendant of Henry Sewall, his great-great-grandfather, who immigrated to St. Mary’s County in 1660. On Valentine’s Day, Feb. 14, 1809, James Sewall married Anna Maria Rudulph, daughter of Tobias Rudulph and together they had at least four children: James, Martha, Glenn and Mary. Their home Holly Hall was built on land that Anna Maria brought into the marriage.

James Sewall was a prominent man in Cecil County, and perhaps the Cecil County League of Women Voters was partly influenced to have their 1972 meeting on charter government in his ancient home because of his political history in Cecil. Sewall served as the Secretary of the Republican Party in Cecil County in 1810. By 1811, he was elected president of the first bank in Elkton and in 1813, as a major, commanded the 2nd Battalion of the 49th Maryland Regiment against the British in the War of 1812.

It was from his office desk at Holly Hall that he drafted and led the formation of the Elkton and Susquehanna Bridge and Turnpike Company, which was capitalized with $30,000 to build a road from Elkton to the Susquehanna River. He helped found Trinity Episcopal Church in Elkton in 1832 and also served as a director of the Delaware and Maryland Railroad and the Wilmington and Susquehanna Railroad, which joined two other lines to create the very first rail link from Philadelphia to Baltimore. Indeed, his service as a railroad executive is noted on the 1839 Newkirk Viaduct Monument in Philadelphia.

There have been rumors and innuendo over the decades that Holly Hall is to be restored and repurposed — as a bed and breakfast, a boutique hotel, a restaurant, a school, offices, a medical center — the list goes on and on but the restoration activities do not. It is a widely held misconception that because the property was indeed listed on the National Register of Historic Places in 1976, that it must be restored. There is no method in place to force restoration by the listing, merely incentives for doing so and guidelines to ensure proper restoration techniques are utilized on a house that has been part of some amazing local history — new and old.