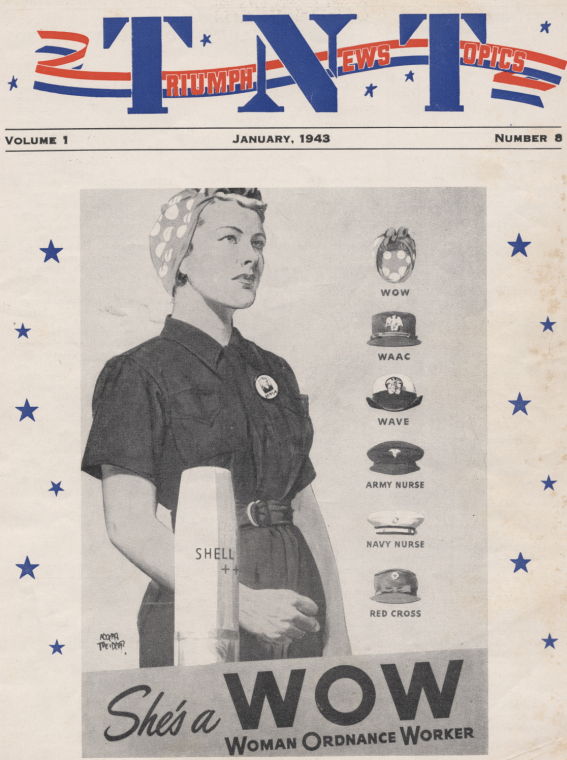 Thousands of women went to work during World War II to help manufacture supplies and equipment needed on the front lines. 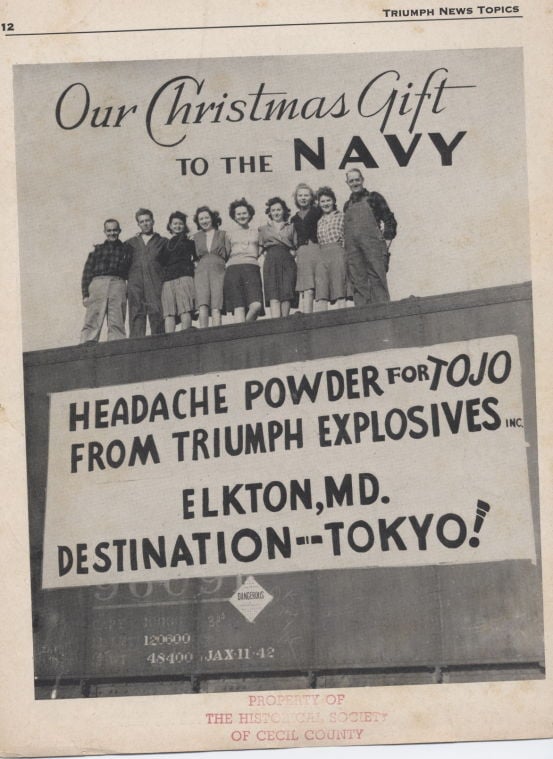 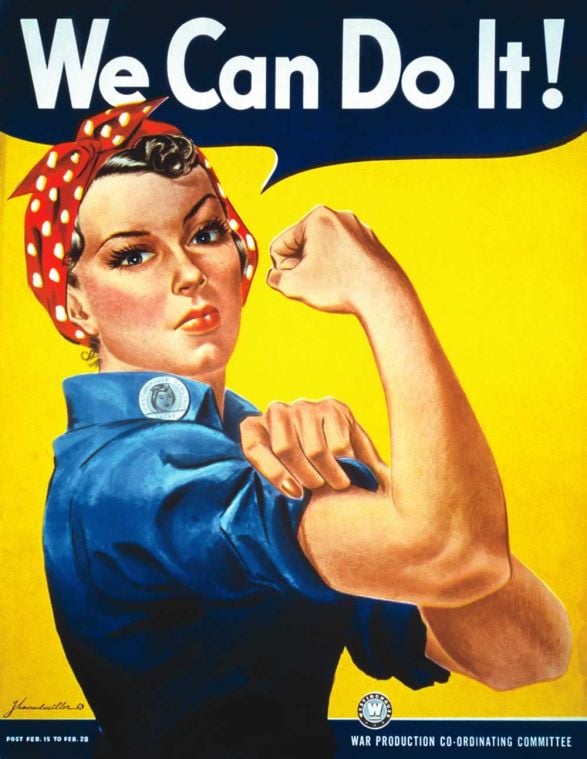 Rosie the Riveter became a symbol for women who went to work during World War II.

Thousands of women went to work during World War II to help manufacture supplies and equipment needed on the front lines.

Rosie the Riveter became a symbol for women who went to work during World War II.

For the next few issues of The Cecil Whig we will reflect on the World War II years in Cecil County and the various groups, volunteers and organizations on the homefront who were a vital cog in the wheel of the Greatest Generation. Among the organizations or efforts to be covered will be the American Red Cross, USO, Civil Defense, Airplane Spotters, churches, and clubs.

The town of Elkton could boast a peacetime population of some 3,500 in 1939-1940. But all that changed when munitions work came to Elkton bringing some 11,000 workers to Triumph Industries alone. Those workers were often followed by family members who brought no money and little supplies with them hoping to live on the largesse of a daughter’s new employment income. Frequently, they came with no idea where they would live or sleep the night, only the hope for opportunity from their far flung homes in small hamlets in southern climes.

Elkton residents, especially volunteer organizations, civic groups and churches, placed a strong emphasis on activities for these women war workers, who labored under stressful work conditions. In damp or cold weather, these women worked in unheated ammunition sheds, and there was no such things as air conditioning on blistering summer days wracked with humidity. Worse yet for the ladies who worked directly with TNT, their hair turned a vivid reddish orange and their skin a pallid yellow — neither change permanent — but nonetheless it must have been a horrific observation in a bathroom mirror when one took on the appearance of one of the Oompa Loompa’s in Charlie and the Chocolate Factory.

When the stress and tension of working daily with high explosives came to fruition in an explosion at Triumph on May 4, 1943, 15 people were killed and 100 more injured. Disaster relief was quickly on the scene with emergency food, shelter, counseling and assistance, but it was the USO that came up with the most unique offering for the terror-stricken survivors. They hastily planned, and astoundingly pulled off, a huge dance that night. They sent quickly printed invitations to all the girls in the dormitories and to soldiers and sailors nearby, thus eradicating much of the strain through distraction.

In Elkton, incoming war workers were registered upon arrival and handed courtesy cards entitling them to USO participation. They were interviewed by USO staff to determine interests and backgrounds, noted one USO interviewer, “For many of them, work at the plants and attendance at the USO provided their first opportunities to make friends outside of family units or to join in group activities. Some had never played checkers or simple card games.”

In may seem far fetched today, but many of the thousands of new Elkton residents had to be introduced to the most common rudiments of social life. Training was structured and in small doses with square dances, dancing classes, straw rides, picnics and crafting classes. There were lessons in dressmaking and cooking and Dutch Treat luncheons to teach table manners. A number of the lady war workers attended church services for the first time in Elkton, or learned to play musical instruments provided at various recreation centers.

The USO recreation centers offered these girls books and magazines as well as popular and classical recordings on records with donated record players, while music teachers from Cecil County schools played or sang as volunteer entertainers. A stock of donated bicycles, some purchased with donated funds, allowed the girls to cycle out on group trips. Notes for the USO in Elkton indicate speech improvement classes were quite popular and “tea parties provided opportunities for tactful emphasis on courteous manners.” The staff of local banks helped teach the wise use of money and banking procedures to women who had never before seen a check, let alone a deposit book.

Many of the girls who came to Elkton looking for work were also looking for one more thing — a husband. And there were plenty to be found, not necessarily amongst the limited local populace, but certainly amongst the thousands of soldiers and sailors who flocked to Elkton for entertainment. Rather quickly, the USO stepped in to curb the town’s flourishing business as a quick and easy “Gretna Green” for marriages. Counselors strongly encouraged church weddings or offered to hold ceremonies at the USO itself, thus stalling the rush to the altar and allowing cooler heads to prevail.

Accommodating the myriad needs of these workers was a daunting task in a town the size of pre-war Elkton, and volunteers came in from outlying areas as well, necessarily so since at peak migrant workers number about 12,000 in Elkton — 8,000 being women and 4,000 men. With an employee turnover rate at the largest munition plant, Triumph, topping 100 percent, there were always new workers arriving as others made a hasty departure for home or other pastures.

By July 1945, massive layoffs began at the Elkton munition plants, resulting in many of the war workers quite literally going into shock. They were more shocked at the prospect of returning home without work and giving up their new lives than they were at losing their job, for the most part. Some looked for jobs elsewhere, others fled in near-hysteria in but a few days, and others lingered at their dormitories hoping something would turn up. Local volunteers again stepped in to help the girls whether that help came in the way of packing, advice, counseling, or settling bills before departing.