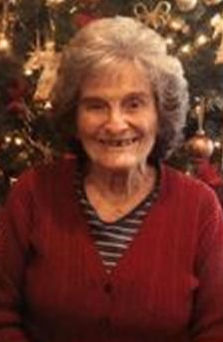 How to place an obituary

NORTH EAST — Suzanne (Sue) Cameron Owens passed away peacefully on June 8th at the age of 90. She was born on January 22, 1931 in North East, MD, to the late Getta Demond Cameron and Ira Milliteer Cameron and was a lifelong resident of North East.

From the time she was a child, Sue attended and was a member of St. Mary Anne’s Episcopal Church, and she loved nothing more than supporting and attending the Annual Spring Flower Sale Fundraiser.

Her passion was horticulture and she was self-taught. Not only could she give you the common name of a plant, but she could also tell you the Latin name. Sue canned the vegetables she grew in her garden, and she was an avid baker who enjoyed sharing her baked goods with family and friends. Sue loved to share her dessert specialties with co-workers at Cecil College where she was the Secretary to President Dr. Robert Gell for more than 20 years.

Sue is preceded in death by her siblings, Omar Cameron, “Brud” Cameron, Jeanne Henson and Betty Holt, and by her former husband, C. Richard Owens.

Many thanks to the staff at Caraway Manor Assisted Living who cared for Sue during her later years as she suffered with Alzheimer’s disease.

A viewing will be held Monday, June 14th from 10-11am at Crouch Funeral Home, 127 South Main Street, North East, MD 21901 followed by services at 11am. Interment will be in North East Methodist Cemetery, North East, MD.

In lieu of flowers, memorial donations may be made to St. Mary Anne’s Episcopal Church and sent in care of Crouch’s Funeral Home.

Offer a personal message of sympathy...

By sharing a fond memory or writing a kind tribute, you will be providing a comforting keepsake to those in mourning. If you have an existing account with this site, you may log in with that below. Otherwise, you can create an account by clicking on the Log in button below, and then register to create your account.

Add an entry as

Add an entry
Watch the guestbook. Stop watching this guestbook.