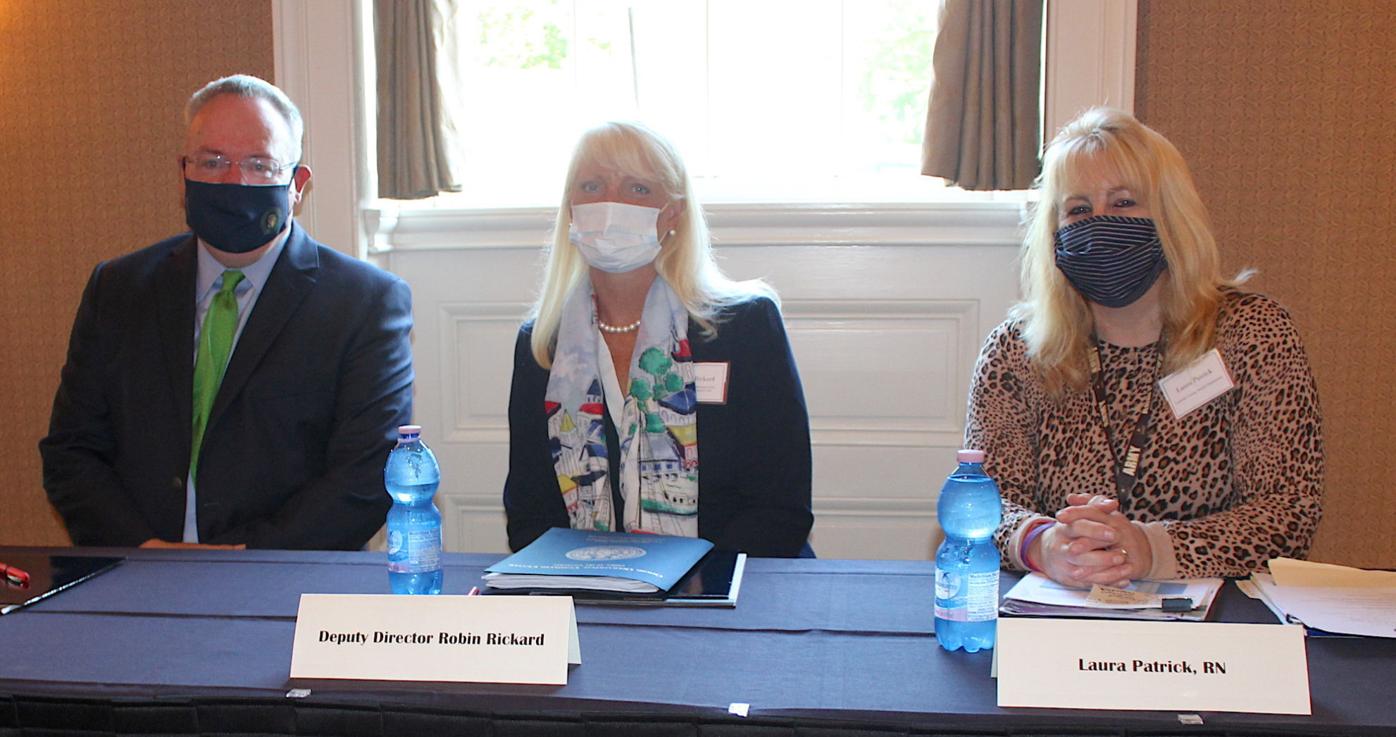 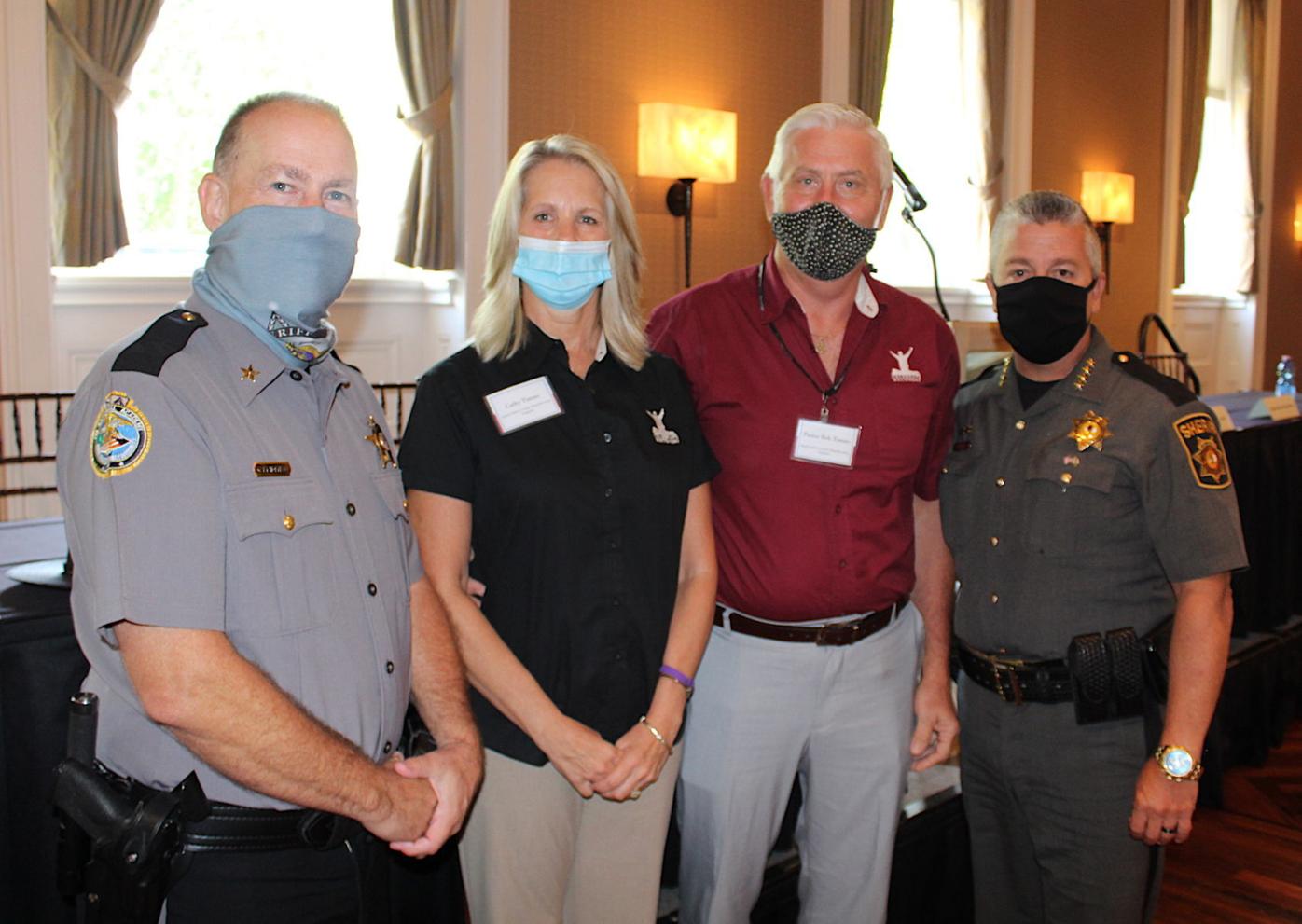 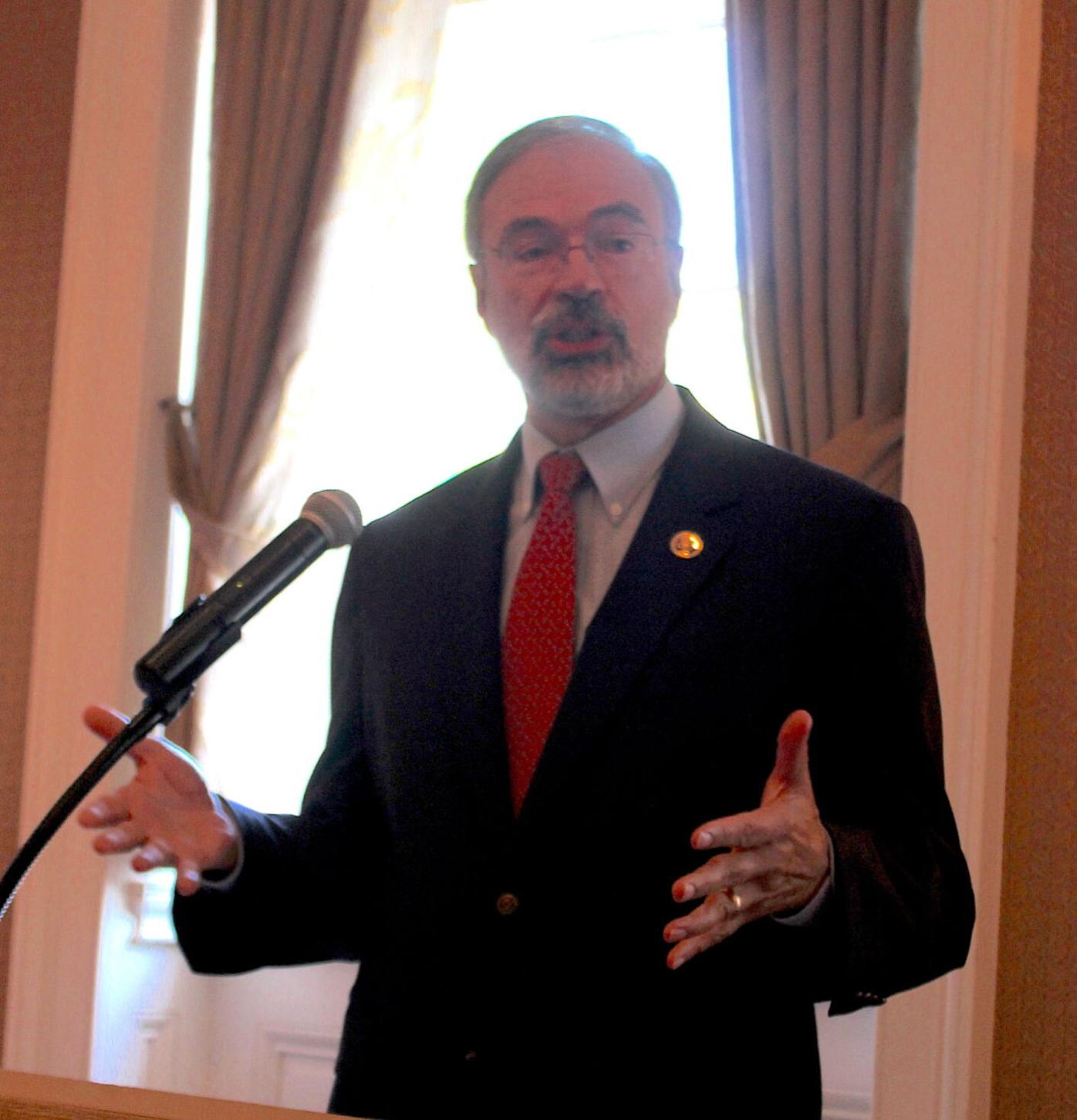 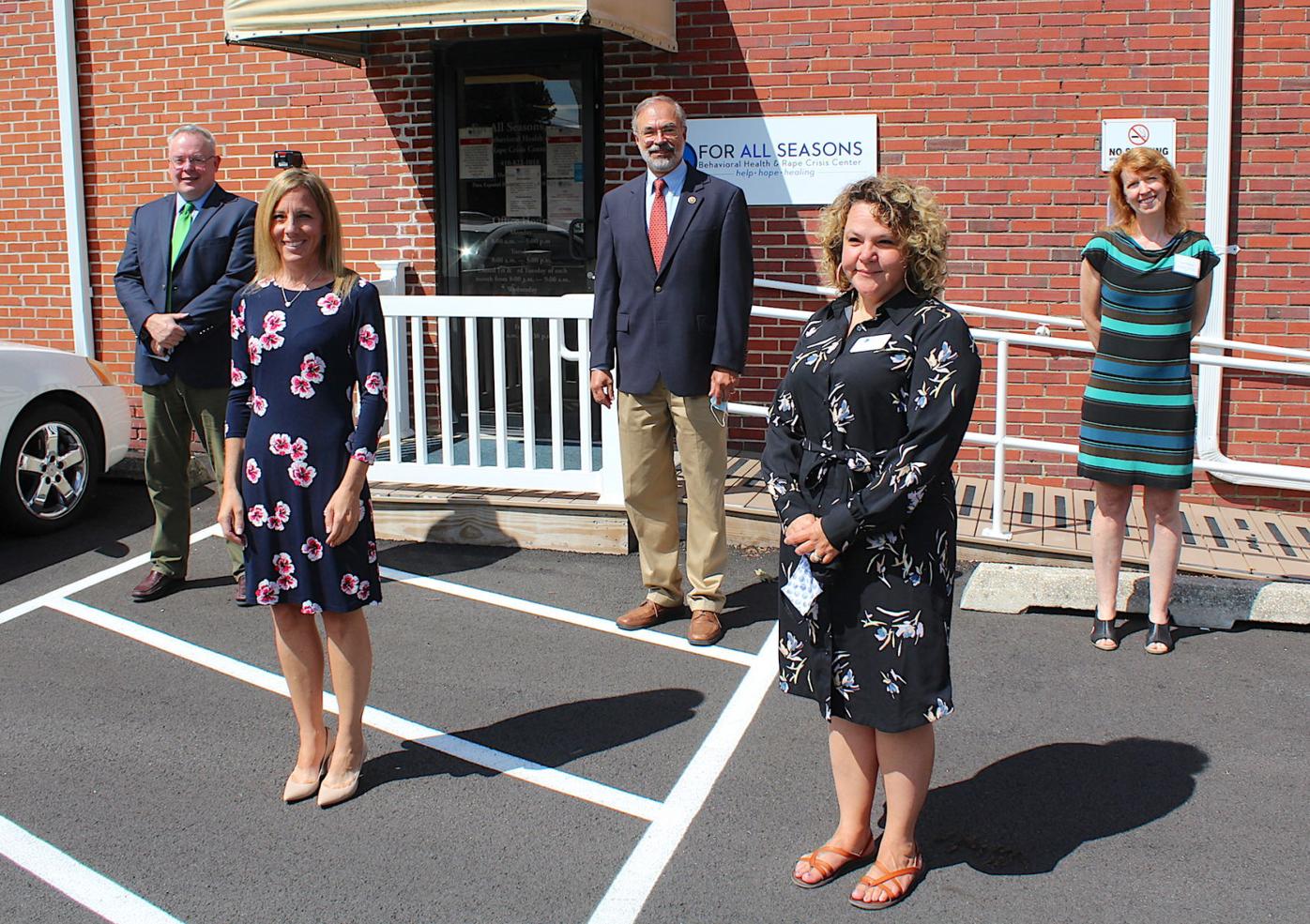 Pictured outside For All Seasons — Behavioral Health and Rape Crisis Center in Easton are, from left, White House Office of National Drug Control Policy Director James W. Carroll, For All Seasons CEO Beth Ann Langrell, Congressman Andy Harris, For All Seasons outreach and event coordinator Denae Spiering and For All Seasons Vice President of Marketing and Communications Katie Theeke.

Pictured outside For All Seasons — Behavioral Health and Rape Crisis Center in Easton are, from left, White House Office of National Drug Control Policy Director James W. Carroll, For All Seasons CEO Beth Ann Langrell, Congressman Andy Harris, For All Seasons outreach and event coordinator Denae Spiering and For All Seasons Vice President of Marketing and Communications Katie Theeke.

EASTON — President Donald Trump’s drug czar traveled to Easton recently, to discuss the drug addiction crisis lawmakers say has “resurrected” on Maryland’s Eastern Shore during the coronavirus pandemic because of isolation and many other associated challenges.

Carroll said Maryland has steadily reported among the highest drug addiction numbers in the United States since 2012, and “that’s concerning.” He said he came to Easton to meet with local law enforcers, health officials, emergency services providers, and state and county lawmakers to “understand where the needs are” and to “make sure we’re delivering resources here.”

The drug czar noted some feedback he received from local health leaders who said many of the available resources were not effective due to inadequate treatment options and access and entry barriers caused by lack of rural internet service, transportation and insurance coverage.

“That’s something I can take back to The White House and make sure we’re working on it at the federal level,” he said, adding, “The president is empathetic to this issue because he lost his brother to an addiction.”

“That’s deaths from overdoses just in those three months,” Patrick said. “That’s way, way too many deaths from this.”

Harris said the effort to combat the drug crisis in his district would require “all hands on deck.”

“It’s troubling that the information we get during the pandemic is that our opioid problem has resurrected,” he said. “The fact of the matter is that the cause of it is things that have to do with social distancing, not being in schools, and unemployment. We have to double our efforts now.”

Prior to the pandemic, Carroll said, the number of Americans dying from drug overdoses had been declining for the first time in 29 years — but that number is on the rise again because “people who have an addiction are feeling even more cut off and isolated.”

A self-proclaimed fiscal conservative, Carroll said the U.S. isn’t spending enough money on the education, prevention and treatment programs that would help the country fight its drug addiction crisis. For every dollar spent on prevention, he said, the country reports $15 to $18 in saved costs among teens and adults for whom drug addiction services don’t need to be provided.

“That speaks loudly to me as a fiscal conservative,” Carroll said, adding his focus within his current role in Trump’s administration is going to be on making sure “drug addiction treatment is available to all who need it.”

While in Easton for the conference, Carroll also took a tour of For All Seasons, a behavioral health and rape crisis center that serves the Mid-Shore’s five counties. Operators of the center presented a powerpoint of its services to Carroll and Harris. For All Seasons offers counseling for a variety of mental health issues, including addiction.

From a Talbot County perspective, Stamp said the pandemic has “taken some of our energy away from addiction.” He said saving lives is the “core mission” of emergency responders, but the addiction crisis is “taking a toll” on them.

It’s “difficult,” Stamp said, especially when “we are trying to save the life of someone whose life we value more than they value their own life because of drug addiction.”

The fight against the drug crisis is not over, and “the fight is worth fighting,” he said.

Those in need of addiction help can find more information on For All Seasons’ website: https://forallseasonsinc.org/about/.