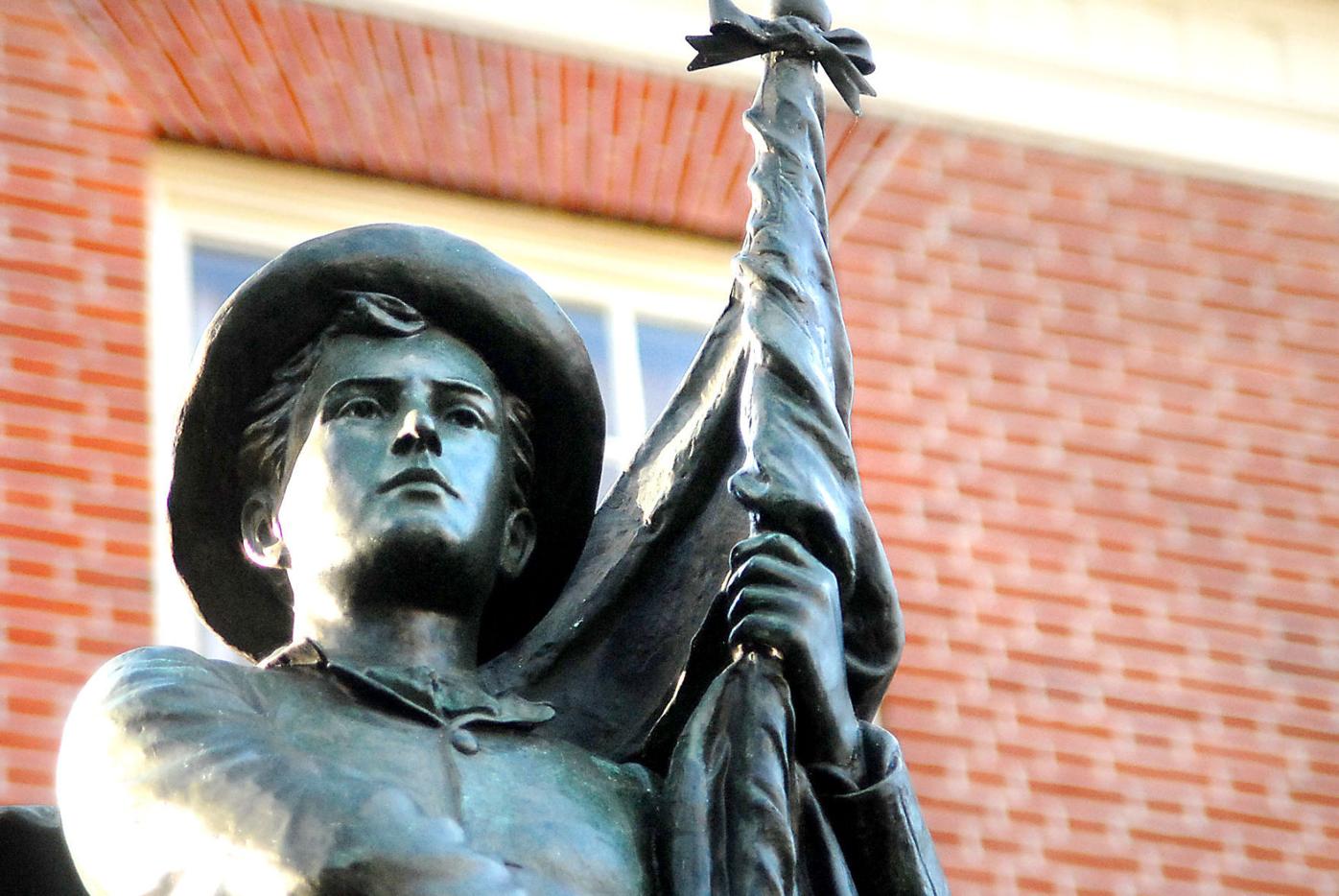 The Talbot County branch of the NAACP has filed a request for information from the Talbot County Council about its decision to keep the “Talbot Boys” statue on the courthouse lawn in Easton. 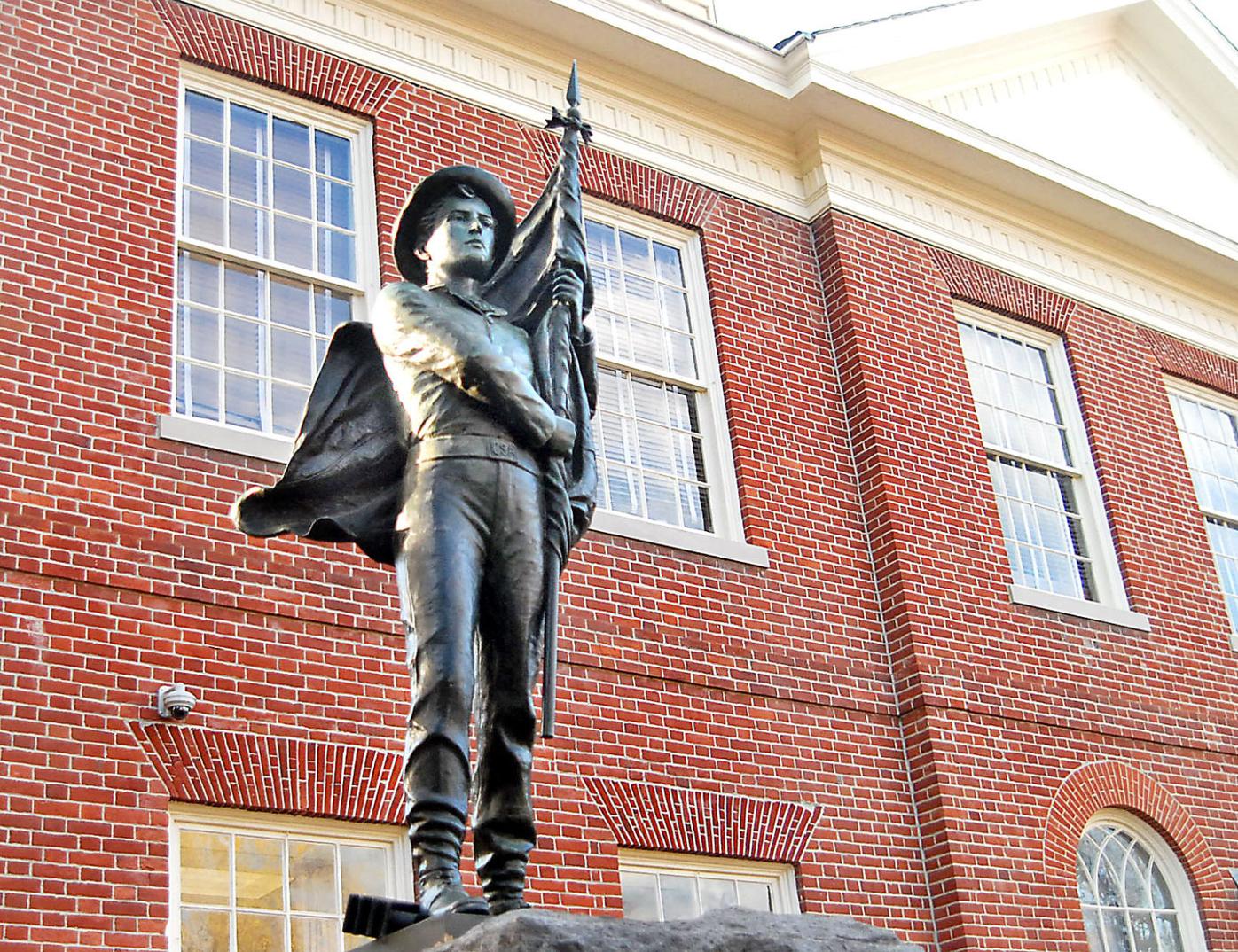 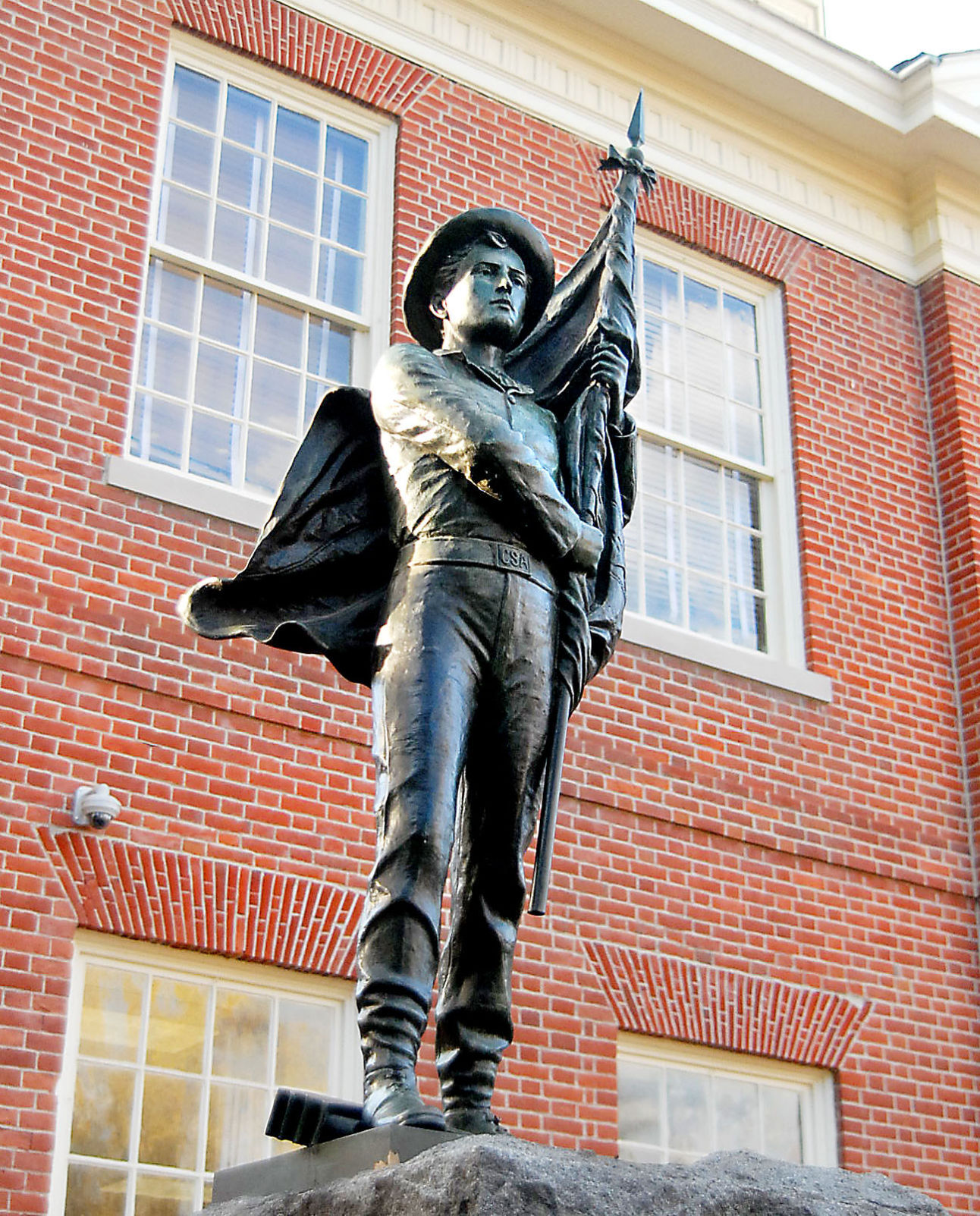 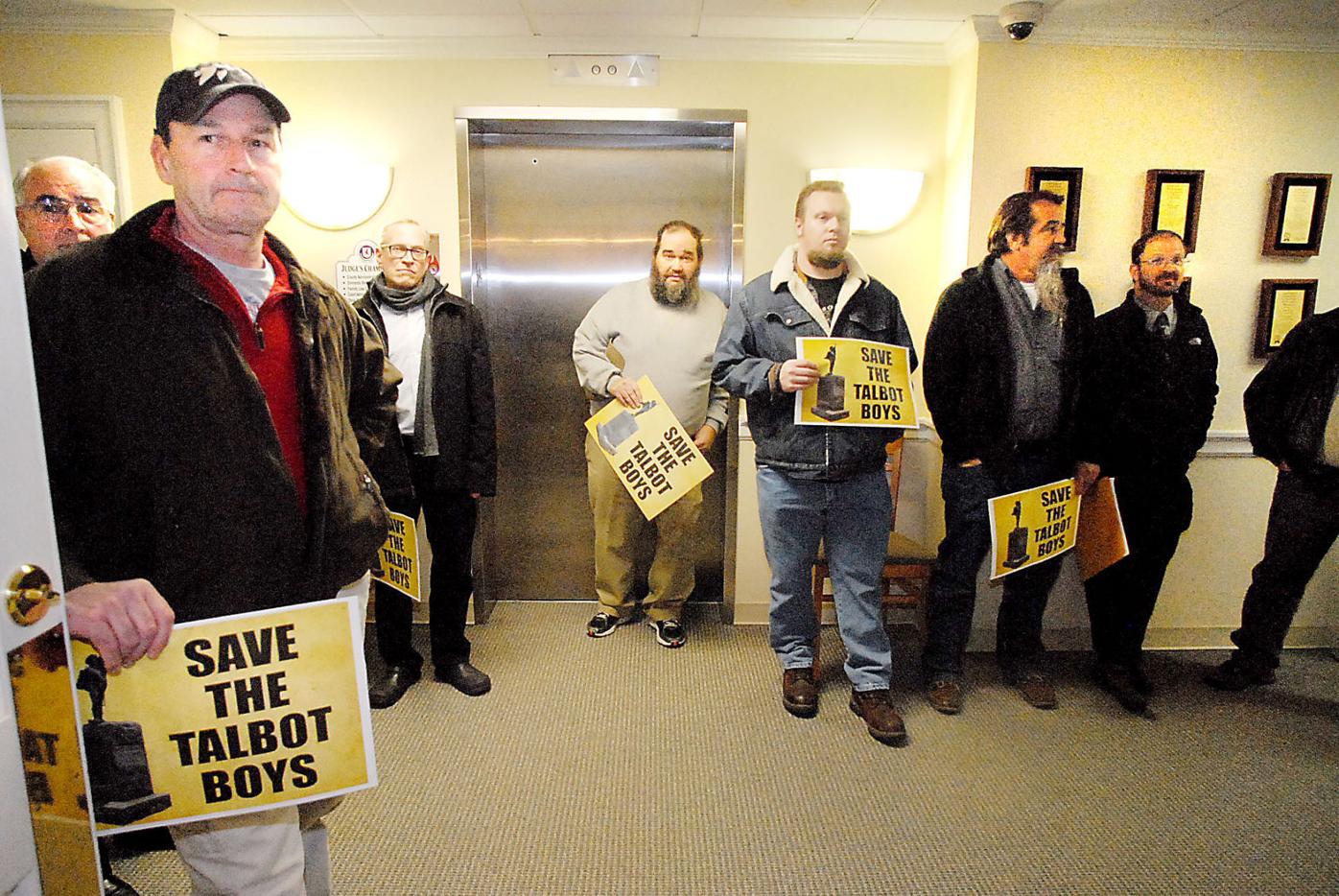 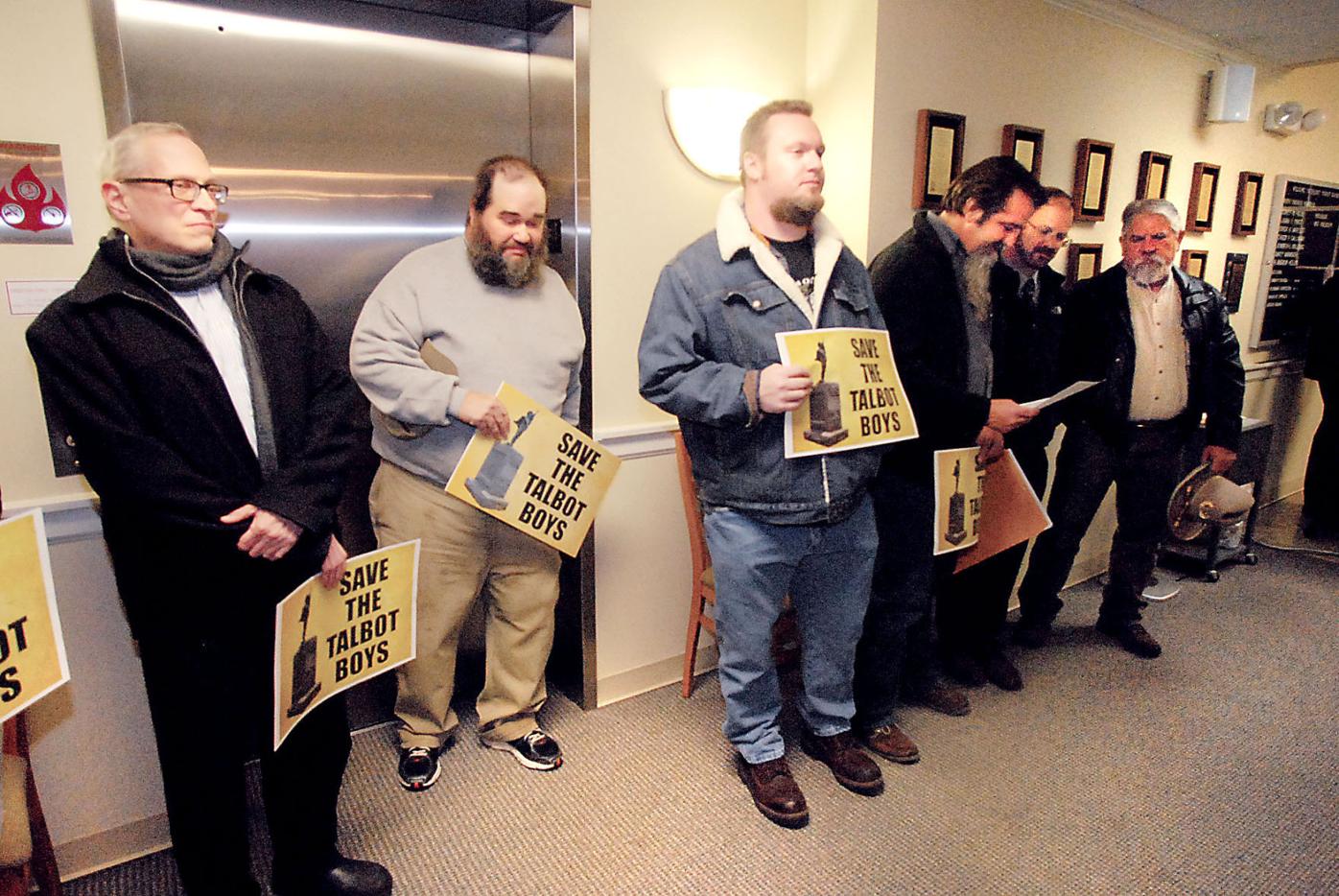 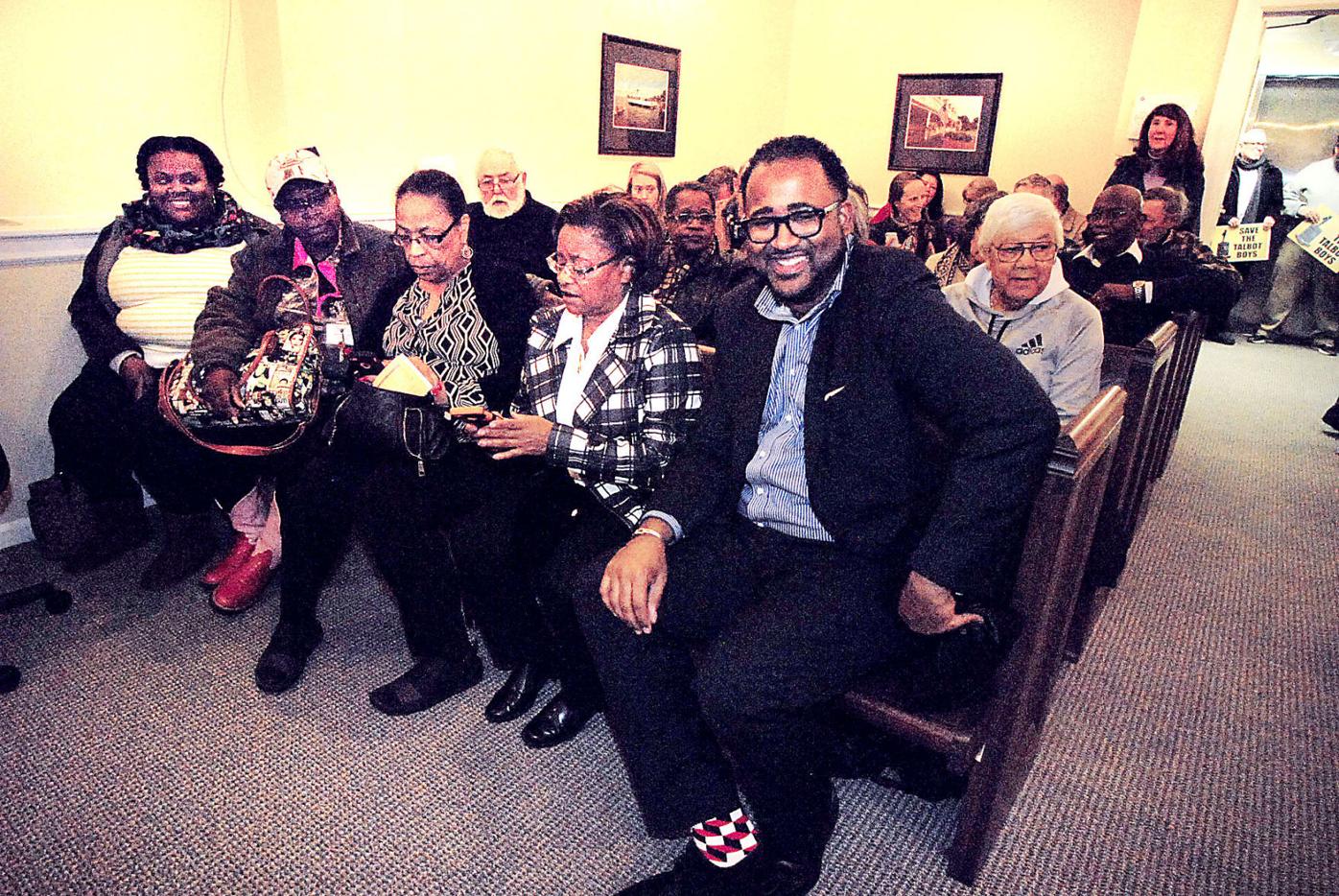 Members of the Talbot County Branch of the NAACP, including President Richard Potter, in foreground right, and past President Walter Black, behind him at right, are backed by members and supporters in the Talbot County Council chambers Tuesday evening, Nov. 24.

The Talbot County branch of the NAACP has filed a request for information from the Talbot County Council about its decision to keep the “Talbot Boys” statue on the courthouse lawn in Easton.

Members of the Talbot County Branch of the NAACP, including President Richard Potter, in foreground right, and past President Walter Black, behind him at right, are backed by members and supporters in the Talbot County Council chambers Tuesday evening, Nov. 24.

EASTON — The Talbot County Council announced Tuesday that the Talbot Boys monument will remain on the county courthouse lawn despite protest and debate over the last few months.

According to a prepared statement read by Council President Corey Pack on Tuesday evening, many issues had been considered by the council, but the core reason for their decision was the fact that the federal government considers Confederate soldiers to be full-fledged veterans of the United States government, with all the honors and rights of any other veteran.

Pack said this designation came about through the action of President William McKinley at the conclusion of the Spanish American War in 1898.

In July, leaders of the Talbot Count

y branch of the NAACP held a work session with the Talbot County Council to explore the issue of whether or not it was appropriate to have a memorial topped with a statue bearing a Confederate flag on the courthouse lawn and whether the lone Confederate Civil War statue told the complete story of Talbot’s involvement in the Civil War.

The Talbot Boys statue on the Courthouse green was erected in 1916 from funds generated by a private organization.

“After the killings in Charleston, many Americans were surprised to discover that under federal law, both Union and Confederate soldiers are considered U.S. veterans,” Pack said. “And thereby are entitled to the same benefits, privileges and protections.”

“Also under federal law, Confederate soldiers are eligible for burial in national cemeteries and for taxpayer funded headstones, equal to their Union counterparts,” he said.

Last summer, in the wake of the shooting of nine people at a church Bible study in Charleston, S.C., it was discovered that the lone gunman had left racist messages and photographs of himself with the Confederate flag.

This led to the removal of the Confederate flag from places like the South Carolina statehouse and at the University of Mississippi, “Ole Miss.”

On the question of the depiction of the Confederate flag, Pack said the Talbot Boys statue was a “vastly different situation” than the flag being flown on the South Carolina statehouse grounds.

“If that were the case here, I am certain that this council would have voted unanimously to remove the flag without delay,” he said.

He said the difference is, the Talbot Boys monument commemorates those deceased Talbot Countians who fought and died in battle.

“Whether you agree or disagree with the cause that these young men fought for doesn’t change the historical facts of war,” Pack said.

“It would be a sign of dishonor to those 90 deceased soldiers, as well as disrespectful to family members, should this council or any other council remove, deface, or alter this monument in anyway,” Pack read.

“Therefore this council does not support the recommendation to have the Talbot Boys monument moved to another location,” he read.

Over the course of the five months since a meeting with NAACP representatives about the statue, public forums have been held, petitions have been circulated, Civil War experts have been lecturing, and the council has been deluged with emails, handwritten letters, phone messages and verbal comments.

The council chambers were packed Tuesday night with an additional standing room crowd to hear the decision.

In July the NAACP recommended the removal of the statue to a more appropriate setting and to commission a group of citizens who would reasonably discuss the erection of a new statue depicting both Union and Confederate soldiers of Talbot County.

Pack said that the council agreed with the NAACP in that the Talbot Boys monument alone did not tell the complete story of the county’s Civil War history.

“It is recorded that over 330 Talbot County young men fought for the Union and their exclusion is neither a fair nor accurate depiction,” he said.

“Therefore, this council accepts the recommendation of the NAACP in part, and will permit the erection of a monument commemorating those Union soldiers from Talbot County who fought in the Civil War,” he said.

He said that any proposed monument to the Union Soldiers could not be greater in size or mass than its Confederate counterpart.

“And it must be funded with private funds,” he said. “As all other monuments on the courthouse green.”

Pack said that all proposals for a Union monument must be approved by the Talbot County Council.