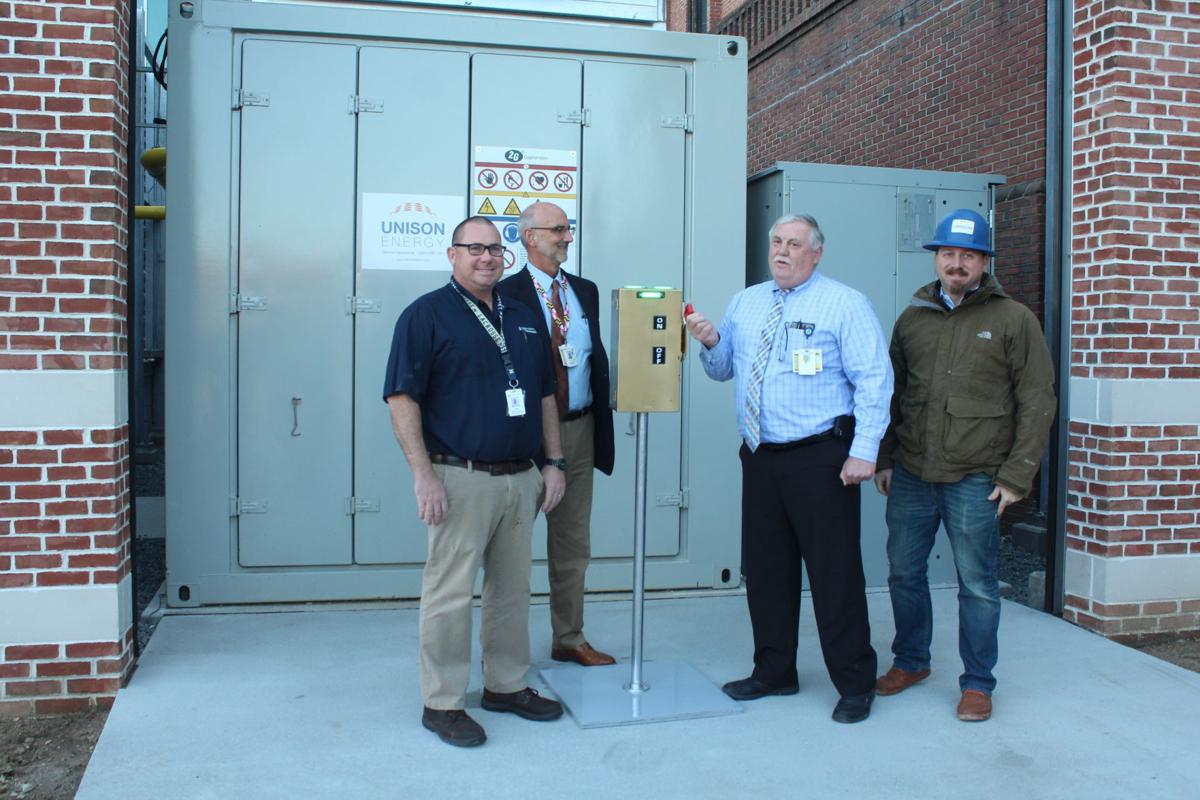 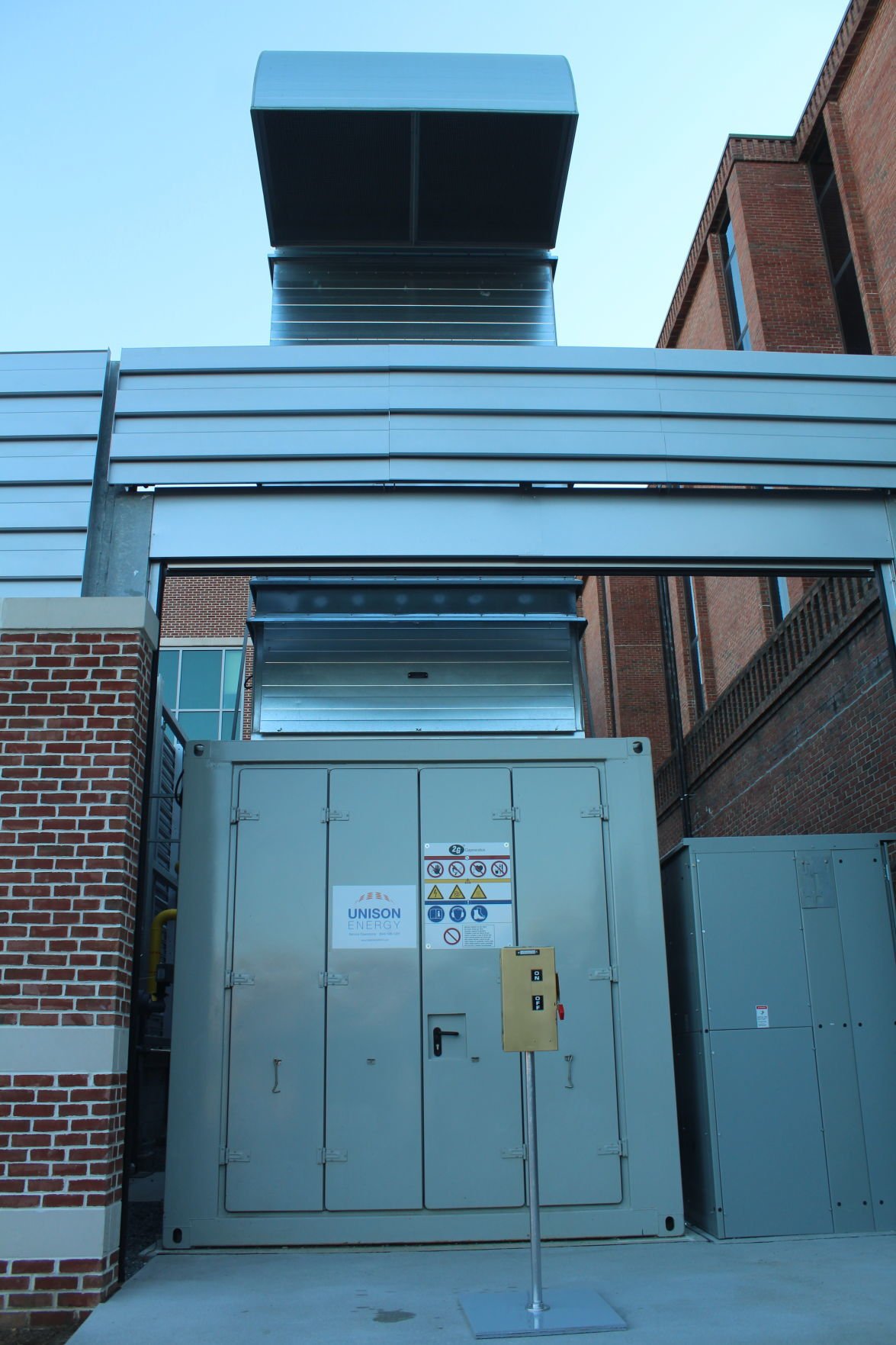 A new combined-heat-and-power (CHP) unit at Union Hospital will produce about 95% of the hospital’s power consumption and save approximately $100,000 per year, according to hospital officials. 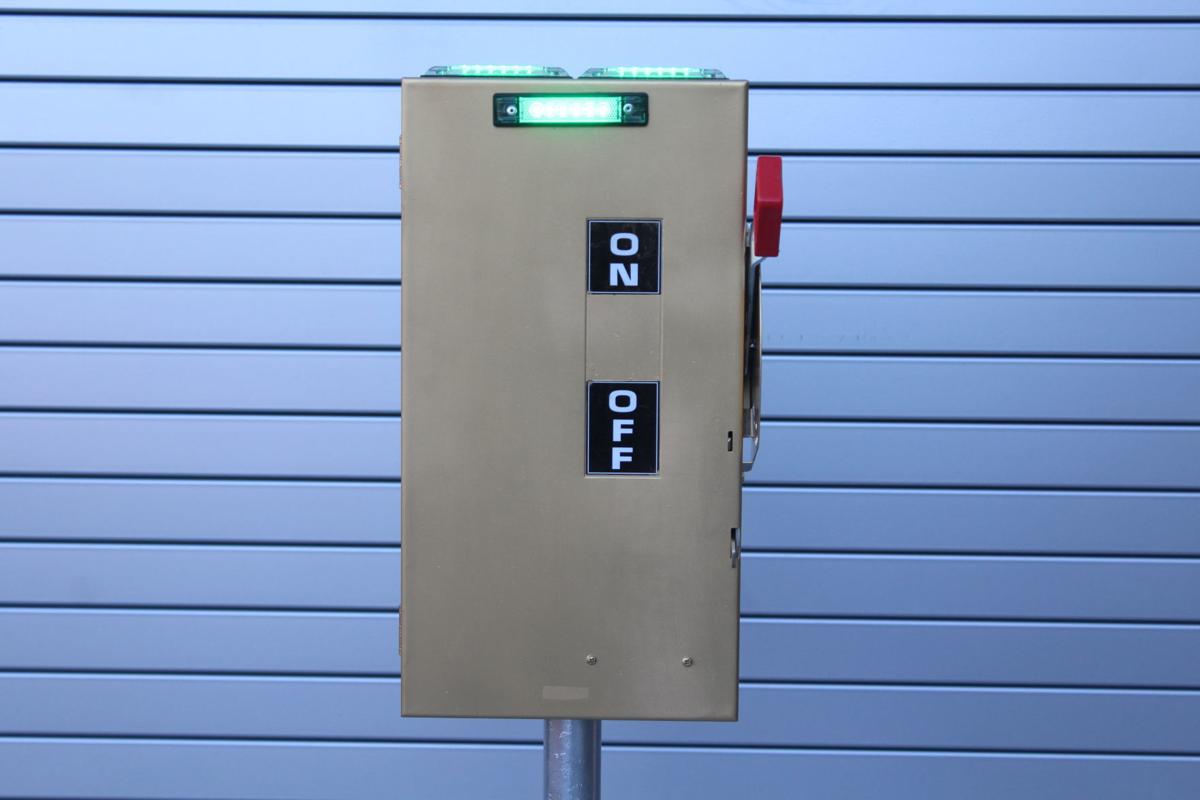 Union Hospital officials flipped the ceremonial switch on their new combined-heat-and-power (CHP) unit on Nov. 6. The unit will reduce the facility’s carbon footprint by repurposing otherwise wasted heat into thermal energy for the hospital.

A new combined-heat-and-power (CHP) unit at Union Hospital will produce about 95% of the hospital’s power consumption and save approximately $100,000 per year, according to hospital officials.

Union Hospital officials flipped the ceremonial switch on their new combined-heat-and-power (CHP) unit on Nov. 6. The unit will reduce the facility’s carbon footprint by repurposing otherwise wasted heat into thermal energy for the hospital.

ELKTON — In an effort to reduce its carbon footprint and utility costs, Union Hospital flipped the switch Nov. 6 on a new combined-heat-and-power (CHP) unit that will generate electricity and turn otherwise wasted heat into useful thermal energy for the hospital.

Hospital leaders and community members gathered Wednesday afternoon to ceremoniously launch the 1.2-megawatt tri-generation CHP station, which was built next to the hospital’s entrance on the Bow Street side of the facility.

Using natural gas to produce electricity, steam and hot water for the facility, the CHP unit will produce about 95% of the hospital’s power consumption, according to Mark Mears, director of facilities management at Union Hospital.

In turn, the new unit will provide utility expense savings at around $100,000 per year, Mears said. He added that money will be reinvested into patients’ needs, such as new imaging equipment.

“Any time we don’t expend money, anything that we have at the end of the year that we’re not using for expenses all goes back into capital improvements, whether it’s new equipment, updated facilities or whatever,” he said.

The new CHP unit was made possible through a purchase power agreement (PPA) with Unison Energy. Unison Energy built, owns and maintains the CHP unit. In turn, Union Hospital agrees to buy electricity from Unison Energy, according to Mears.

“All the expense for the installation, maintenance and the upkeep all belongs to Unison,” he said. “We’ve paid out of pocket for some landscaping and things that we had to do to make the site ready. But as far as the capital equipment outlay, Unison has covered all that.”

Unison will be responsible for all required repairs and maintenance of the CHP unit, as well as major engine overhauls that will occur about every seven years, according to hospital officials.

The CHP unit produces about 95% of the Union Hospital’s power consumption, so the hospital will continue to fill its remaining energy needs by buying from Delmarva Power, according to Mears.

In addition to saving the hospital money and energy, Mears said the unit also acts as a safeguard in case of an emergency that would otherwise wipe out power for the hospital.

“It also provides us a third-level protection in the event of a utility interruption much like Superstorm Sandy that wiped out New Jersey and parts of New York,” he said. “The ability to produce power on site eliminates some of the problems that some of the other hospitals have had.”

Previously, if the hospital lost service from Delmarva Power, they would not be able to provide air conditioning to the building, according to Mears.

Union Hospital President and CEO Dr. Richard Szumel said power loss is especially dangerous in summer months for the approximately 75 patients that the hospital sees on average every day.

Before the new CHP unit was installed, Szumel said the hospital “would have been in trouble” should the air conditioning go out for a couple days.

But now, the CHP unit will continue to provide power to the hospital if an energy emergency should arise, according to Szumel.

“It’s a backup to keep our patients safe, especially in the summer,” he said. “We currently have a way of backing up in the winter. But in the summer, with the chillers for air conditioning, we didn’t have a backup plan.”

An added bonus of the CHP unit is that when the doors to the unit are closed, the blaring sound of the machinery is reduced to a gentle hum.

According to Szumel, it was important that patients would be able to stay at the hospital without their treatment and recovery being disrupted by a loud energy system.

“It was important that the aesthetics of this structure fit in with the rest of the hospital, and Mark went out of his way to make sure that it was going to be quiet,” he said. “I didn’t believe him when he said you would still be able to carry on a conversation as we are now when this was running full blast, but that’s exactly what we got.”