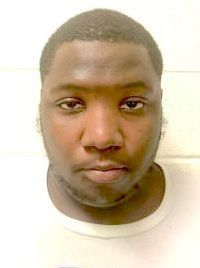 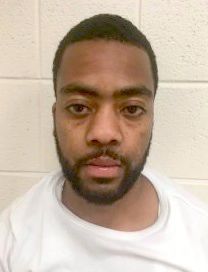 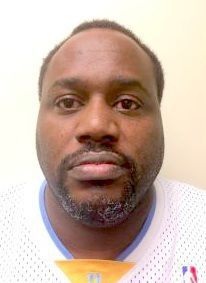 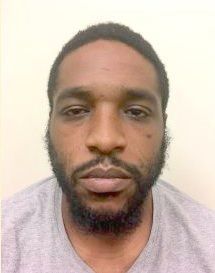 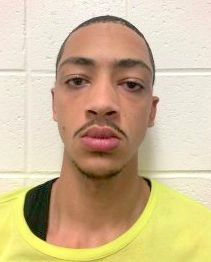 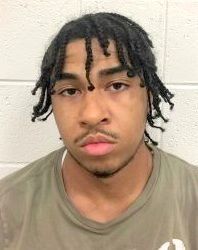 NORTH EAST — Investigators have arrested six men in connection with a North East-area home invasion in which a woman, eight months pregnant, was kicked in the abdomen — resulting in an emergency caesarian section — and a man was choked and pistol-whipped, according to Maryland State Police.

Moreover, the pregnant woman’s 7-year-old son witnessed the violent incident, which occurred at approximately 5:30 p.m. April 25 inside an apartment in the 200 block of Elk River Manor, police reported.

The home invasion was drug-related, in as much as the suspects – some of whom are “validated gang members” — allegedly stole an “unknown quantity of prescription medication” and money from the victims, according to charging documents and police.

Video gleaned from a surveillance system inside the victims’ apartment, as well as footage from exterior cameras at the Elk River Manor Apartments complex – where the incident occurred – and from the nearby private Tome School played roles in MSP investigators identifying the suspects and vehicles that they used, court records show.

MSP officials did not announce the arrests until Friday afternoon — although they were made between June 20 and Sept. 10 — because publicizing them could have compromised the follow-up investigation, an MSP explained to the Cecil Whig.

During the investigation, which has lasted five months and is ongoing, detectives confiscated nearly eight pounds of marijuana that has a street value of approximately $14,000, a loaded .40 caliber handgun, drug packaging materials and electronics, police said.

In addition, police added, the investigation has yielded clothing worn by the suspects during the home invasion.

Much of the evidence was confiscated during court-approved searches of residences associated with the suspects, according to police.

* Stephen Treymane Johnson, 36, was arrested June 20 in Abingdon, where he lives, and was later turned over to Cecil County authorities in the home invasion case. Johnson was arrested on a Harford County Circuit Court warrant connected to a violation of probation case. His probation relates to Johnson pleading guilty to a 2011 stabbing. His nicknames are “Mission” and “Steady.”

* Jessie B. Walton Jr., 48, of Edgewood, was arrested July 9 near Perryman. His nickname is “Uncle Jessie.”

* Jawuan Eric Bolling, 24, of Baltimore, was arrested Aug. 6 near Arundel Mills. He is a convicted felon. His nicknames are “Juan” and “Fish.”

* Tyqwell Latre Aquel Booker, 22, of Baltimore, was arrested Sept. 5 near Nottingham. His nicknames are “Quell” and “Fatboy.”

* Antonie Keith Rich, 23, of Edgewood, was arrested Sept. 10 near Edgewood. His nickname is “Tone.”

On Monday, all of the suspects remained in the Cecil County Detention Center without bond.

Charging documents indicate that a video gleaned from the alleged victims’ surveillance cameras inside their apartment show the pregnant woman and her 7-year-old son seated together at a kitchen table shortly before 5:30 p.m. April 25, as the male victim walks into the living room and answers the door.

Footage then shows the male victim talking to one of the suspects — identified as “Suspect 1” in court records — at the apartment door, before recoiling as a second suspect (Suspect 2), who is brandishing a handgun, attacks him, police said.

At that point, the surveillance video shows the pregnant woman screaming as she watches the male victim and the Suspect 2 fall to the floor as they struggle, police added.

“Suspect 2 utilizes his left arm to execute a chokehold around (the male victim’s) neck, while holding a handgun against (the male victim’s) head with his right hand. It appears that this handgun matches the characteristics of a semi-automatic compact handgun, (The boy) begins screaming and attempts to move away away from the attackers,” court records allege.

After Suspect 2 and the male victim fell to the floor, four more suspects barged into the apartment, police said.

The video shows Suspect 1, now wearing a mask, running toward a back bedroom, while a man identified in court records as “Suspect 3” watches the “violent encounter from the threshold” while holding what appears to be a revolver, according to court records.

Police said that Suspect 3 then started striking the male victim’s legs with the barrel of his handgun, while Suspect 2 continued to apply his chokehold on him. Seconds later, police added, Suspect 3 reacted when the pregnant woman attempted to assist the male victim.

After the home invasion, the pregnant woman was driven in a private vehicle to Harford Memorial Hospital in Havre de Grace, where an ambulance crew then drove her to Upper Chesapeake Medical Center in Bel Air, police reported.

There, according to court records, the pregnant woman underwent an emergency caesarian-section.

“(Her) baby son was born shortly thereafter and was in critical condition at the time of birth due to complications of prematurity,” court records show.

After Suspect 3 kicked the pregnant woman, the video then shows Suspect 1 running from the back bedroom through the living room and out the apartment door, prompting all of the other suspects to follow him out of that residence, according to police.

“The actions of the suspects depicted in the video appeared to be coordinated and premeditated. The suspects also acted without regard for life or property and were noticeably aggressive in their efforts to obtain control over the residence. A number of the suspects appeared to be wearing blue gloves,” alleges MSP Det. John Wildman, lead investigator, in one of the statement of probable causes he filed in this case.

MSP detectives conducted a multi-jurisdictional investigation, which resulted in them developing the suspects, confiscating the home invasion evidence and drugs and arresting the six men who allegedly committed the crimes, police reported. MSP was assisted by allied law enforcement agencies, businesses and citizens, according to police.

“The investigation required analysis of hundreds of hours of video surveillance, the acquisition and analysis of phone and social media records, dozens of interviews, and additional law enforcement case efforts,” the spokesman outlined.

Troopers assigned to the Maryland State Police Criminal Enforcement Division have led the investigation, with assistance from numerous other MSP units, police reported.

In addition, the Maryland State Apprehension Team, which is comprised of MSP troopers and officers from other law enforcement agencies, played a role, police added.