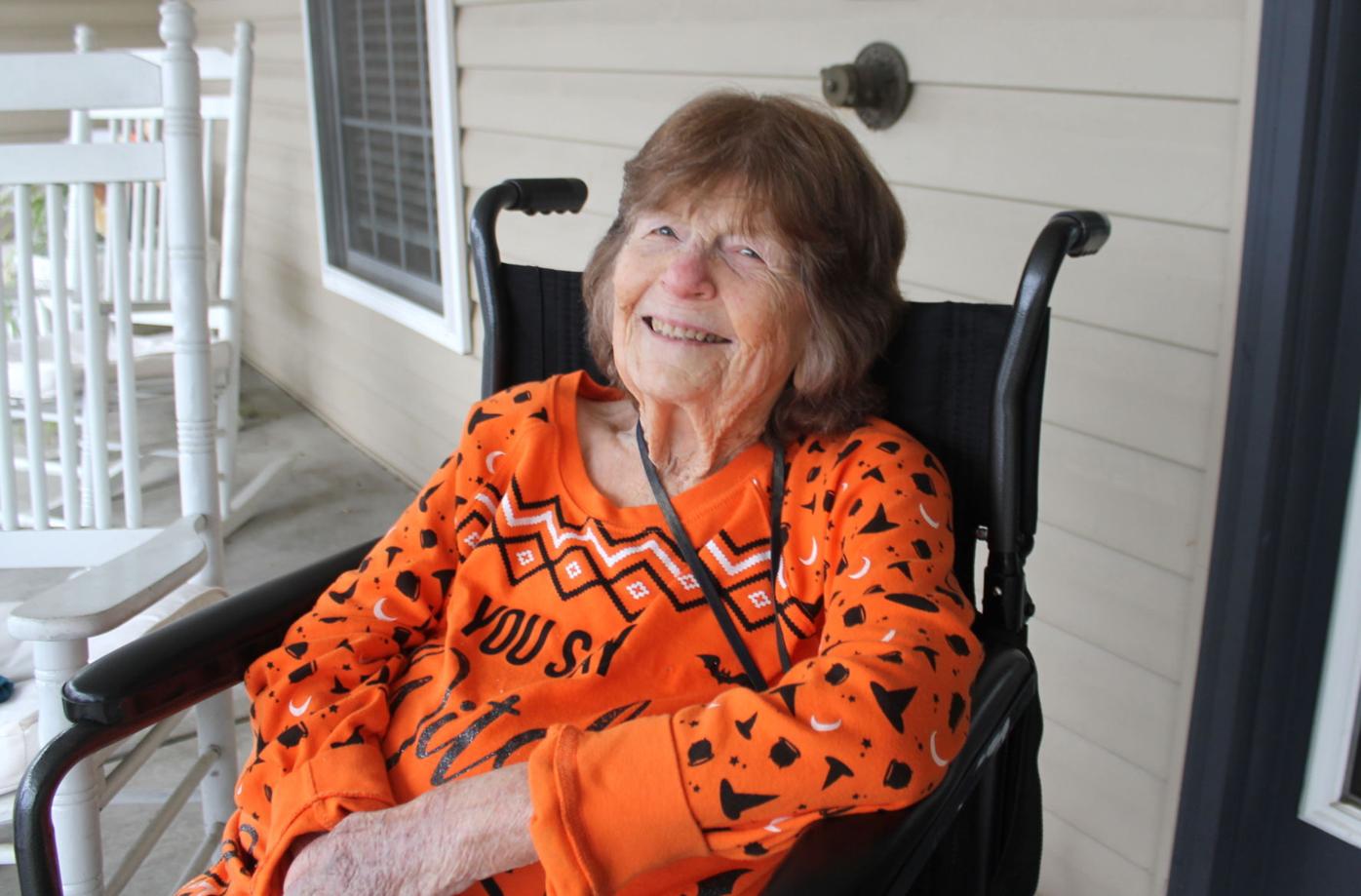 Phyllis Shestock, 96, smiles while relaxing on the front porch at Well Homed, an assisted living center near Elkton, where she lives. Shestock served with the U.S. Marines for four years during World War II. (That, by the way, is the actual color of her hair.) 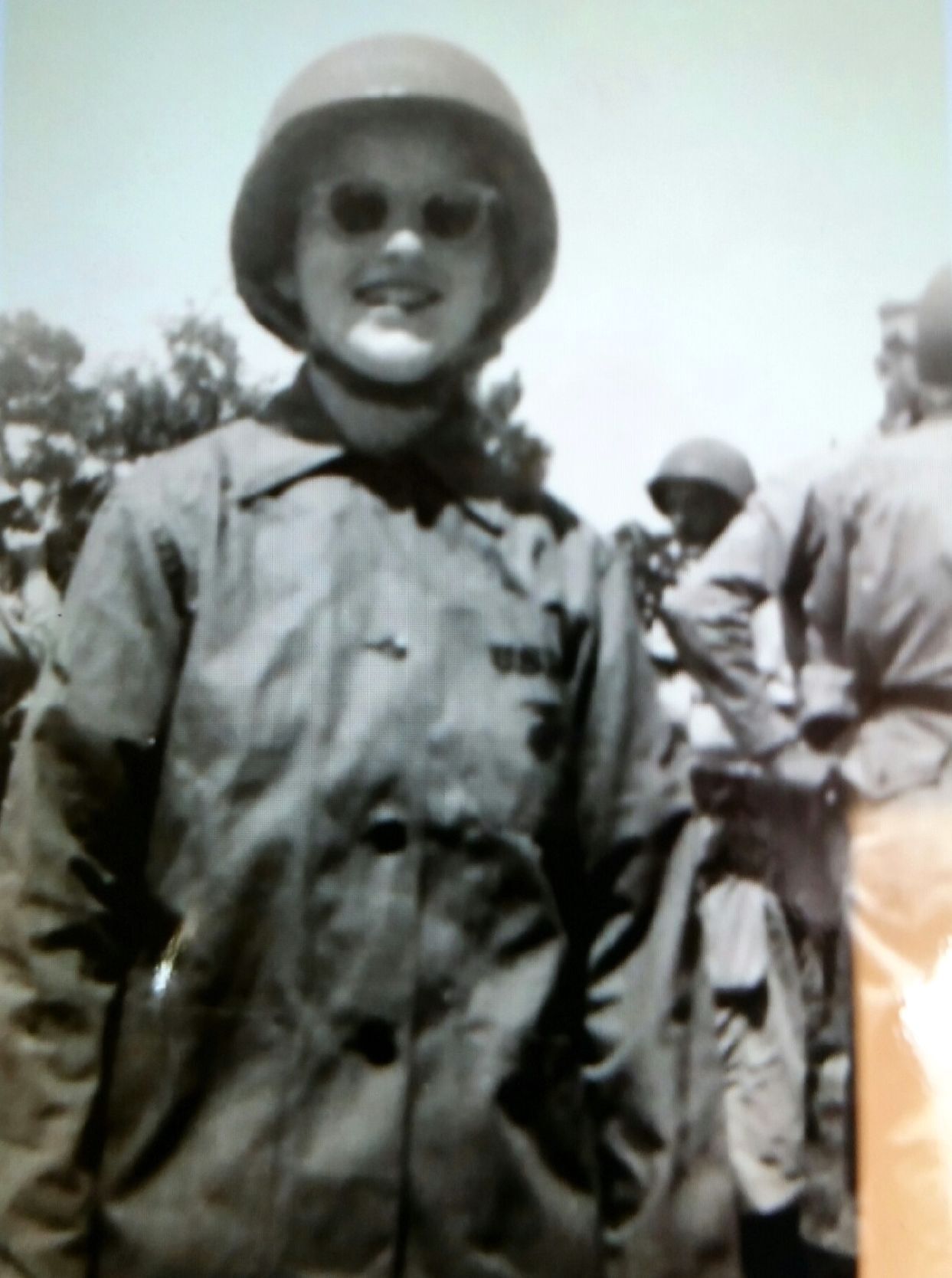 This photo shows Phyllis Shestock in her fatigues while serving with the U.S. Marines during World War II. 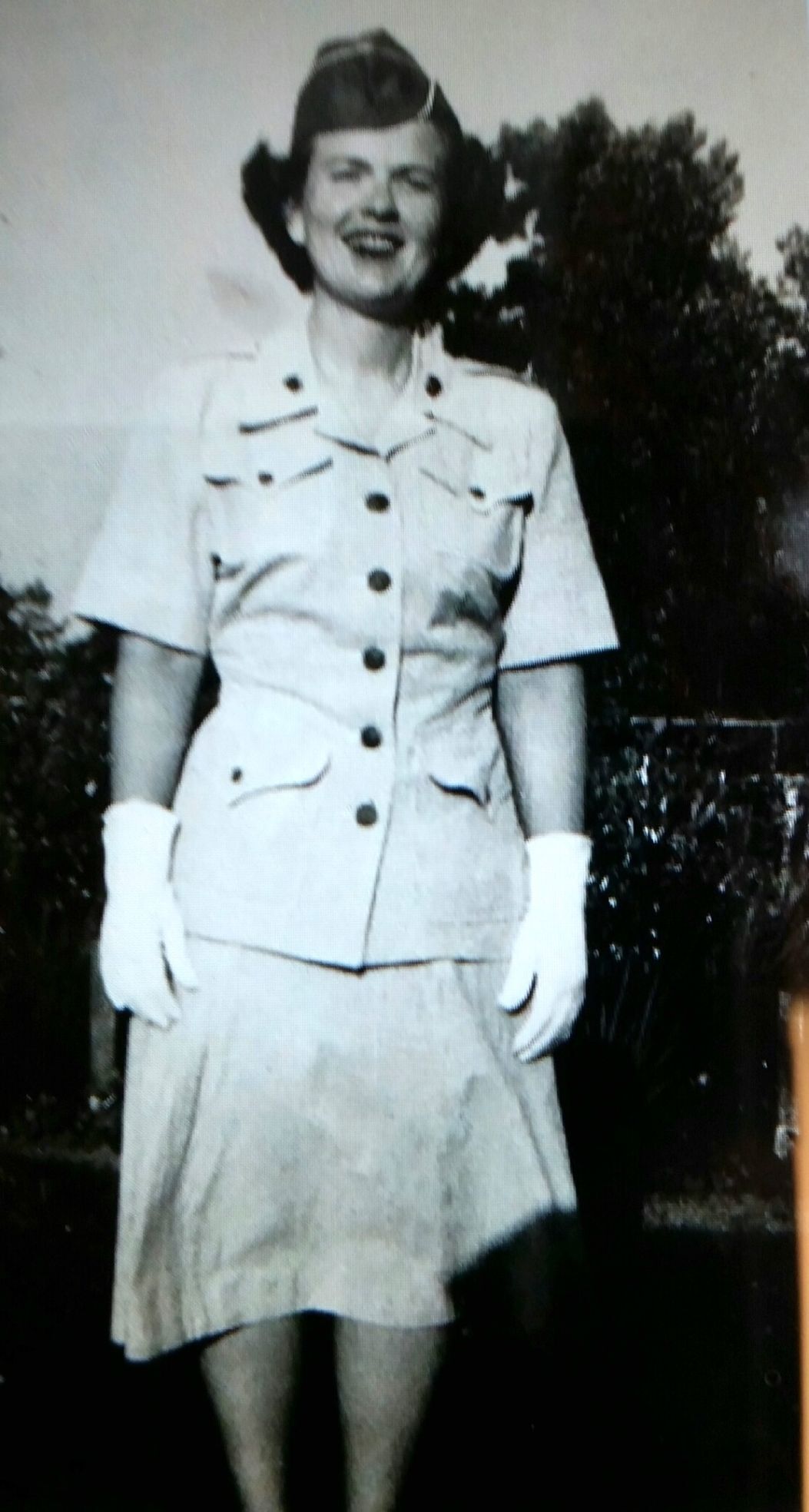 This photo shows Phyllis Shestock in her dress uniform while serving with the U.S. Marines during World War II. 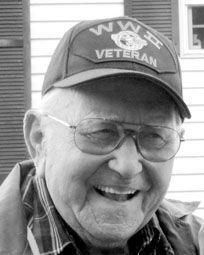 Phyllis Shestock, 96, smiles while relaxing on the front porch at Well Homed, an assisted living center near Elkton, where she lives. Shestock served with the U.S. Marines for four years during World War II. (That, by the way, is the actual color of her hair.)

This photo shows Phyllis Shestock in her fatigues while serving with the U.S. Marines during World War II.

This photo shows Phyllis Shestock in her dress uniform while serving with the U.S. Marines during World War II.

ELKTON — When she was growing up, Phyllis Shestock dreamed of someday serving in the United States Marine Corps, which, given her gender, was far from the norm back in the 1930s and for decades to follow.

“I love the Marine Corps — always faithful — and I always wanted to be in the Marines, ever since I was a girl,” Shestock told the Cecil Whig during an interview at Well Homed, an assisted living center near Elkton, two days before Halloween — which marked her 96th birthday.

After the Baltimore native graduated from high school in the spring of 1942, some six months after the United States had entered World War II in response to Japan’s surprise attack at Pearl Harbor, Shestock enlisted in the Marines and made her dream a reality.

“My parents had a fit when I joined,” Shestock recalled with a chuckle. “They were worried I would get shipped off overseas and sent into combat.”

As it turned out, much to her parents’ relief, Shestock served her country within a clerical unit at Camp Lejeune in Jacksonville, N.C., the same base where she went through boot camp, and that is as far as she went . . . at least geographically.

But as a person, one who started exhibiting a strong sense of patriotism when she was a girl, Shestock grew immensely from the experience of keeping the Marines running smoothly — even if all of her service occurred while stationed stateside.

One of the duties performed by Shestock and other clerks in that unit, as she remembers it, was creating files on the new Marines after they arrived on base.

“We interviewed the kids (new Marines) and got all of their background information,” Shestock recalled.

Reflecting on her four-year stint in the military, she commented, “I was never deployed, but I served my country and I am proud of that. Anyone who served in the military or serves in the military should be proud. It (military service) is good for this country.”

Her preference for the Marines, however, remains quite evident. There is a special bond between Marines, active and veteran.

“If we meet each other somewhere, we say, ‘Semper Fi’,” Shestock said, referring to the Marine motto, which is short for “Semper fidelis,” a Latin phrase that means “always faithful.”

It’s noteworthy that Shestock’s late husband, Martin, also served in the military during World War II — although not with the Marines. Martin served with the U.S. Air Force. “He drove the colonel around. He was 17 when he joined, and they didn’t want him fighting,” Shestock said.

At some point after they married, she and Martin settled south of Chesapeake City because, in part, Martin worked as a heavy equipment operator with The Army Corp. of Engineers, and his duties focused on the C & D Canal.

Shestock worked as a secretary for several years with an insurance company and then several more years with the B & O Railroad. They had a daughter, Christine Mary Stringer, who was killed in a traffic accident on Sept. 10, 2009 at age 46, and one grandchild.

Martin spent the last three years of his life at Well Homed. Shestock visited her husband nearly every day, making the trip from Chesapeake City. Martin died on July 23, 2018, approximately three weeks before his 100th birthday. She and Martin had been married for 60 years.

Not long after her husband passed away, Shestock moved into Well Homed, where she is a beloved resident.

“She is very patriotic. When we sing songs, she always asks that we sing ‘God Bless America’,” said Sharon Baugher, who is the activities coordinator at Well Homed, where, every Veterans Day, a banner is hung to honor residents, such as Shestock, who served in the military.

Baugher told the Cecil Whig that, as a teenager, Shestock wrote poems, one of which won Third Place in a contest. She marveled over the fact that, even at 96, Shestock can recite those rather lengthy poems from memory.

One of those poems is patriotic. Knowing that it was written by Shestock before her dream of serving in the U.S. Marines came true makes it that much more poignant. During the interview, Shestock recited that poem by heart — and from her heart — as follows:

Blending with the light blue sky

In those stars and stripes unfold

Of the men who fought to save

Our land kept free for liberty

So let us all with spirit high

Salute our flag as she goes by