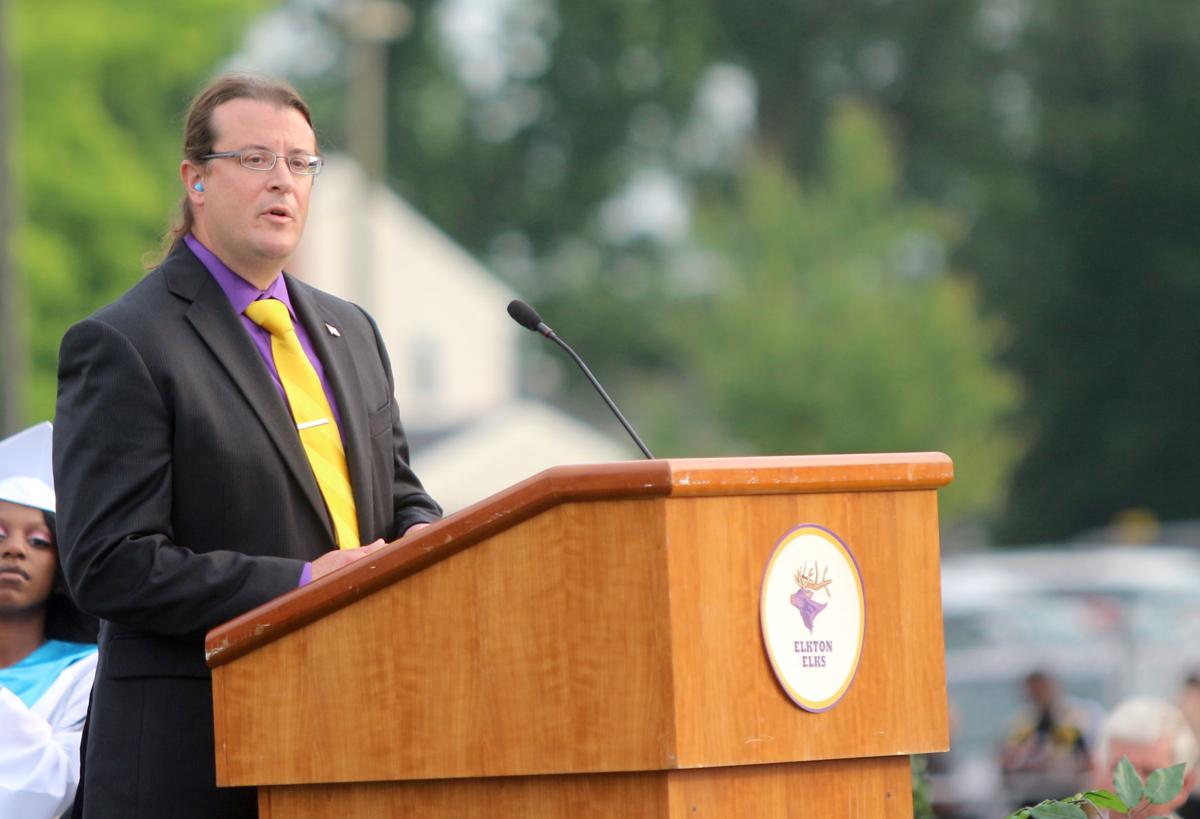 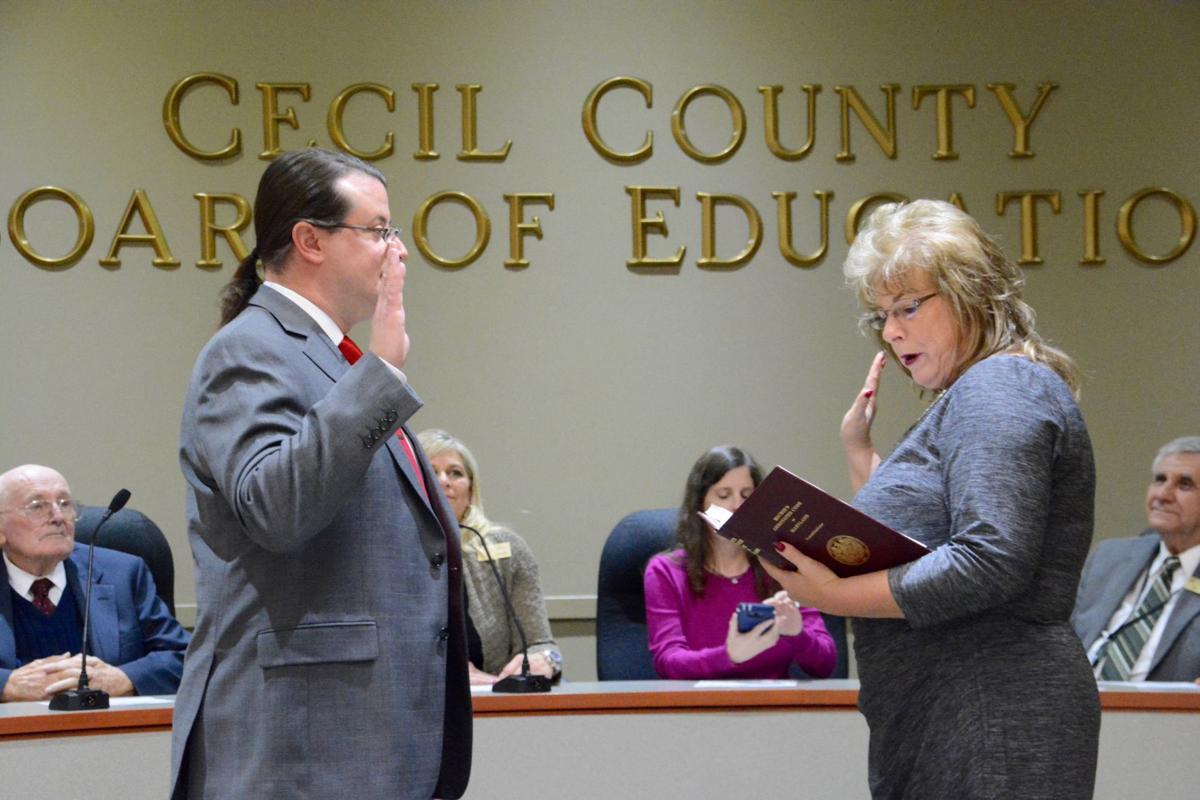 School board member Jim Fazzino takes his oath of office in December 2016. 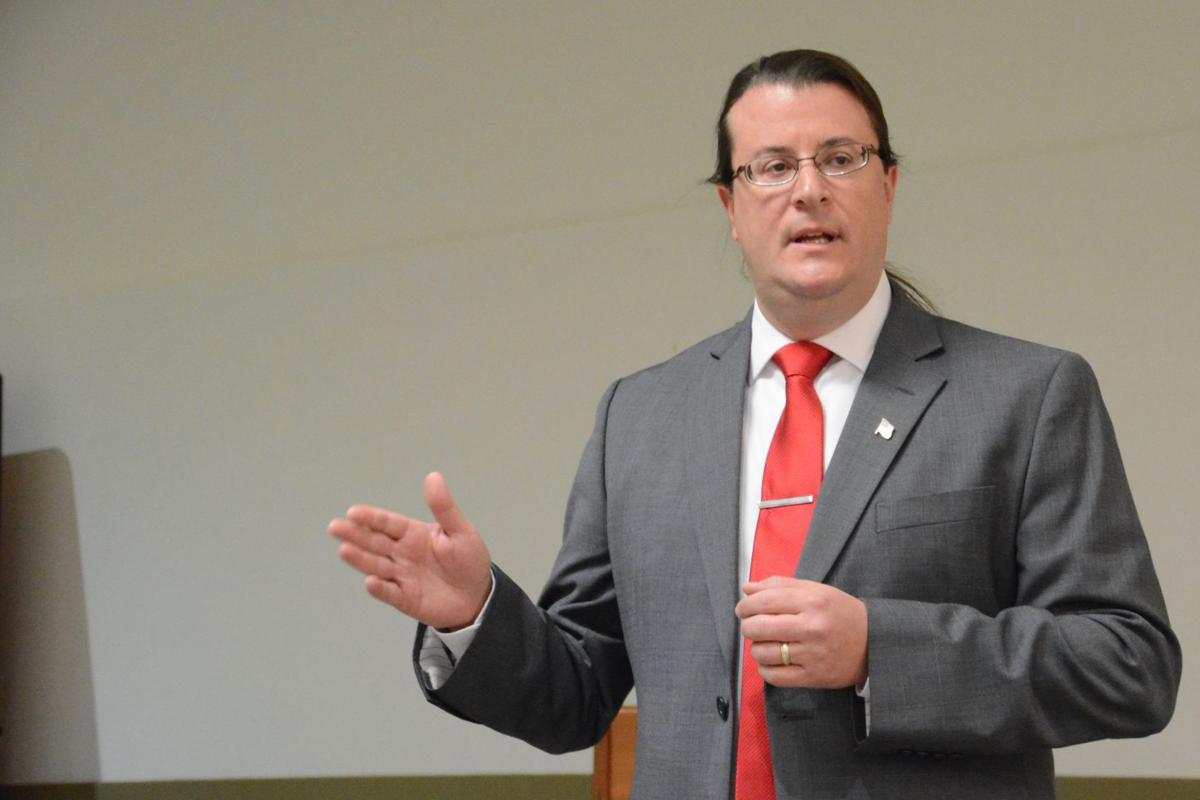 School board member Jim Fazzino thanks supporters after taking the oath of office in December 2016. 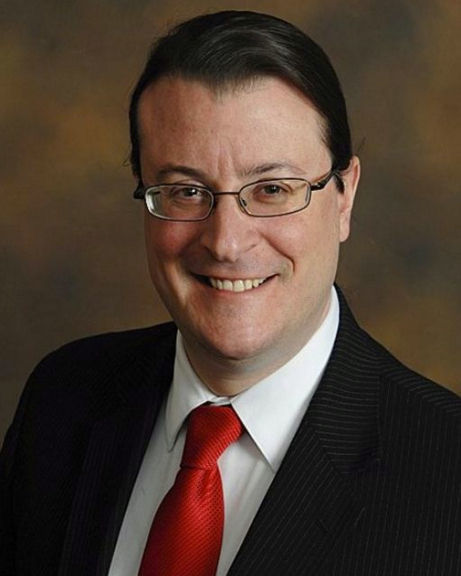 School board member Jim Fazzino takes his oath of office in December 2016.

School board member Jim Fazzino thanks supporters after taking the oath of office in December 2016.

ELKTON — Board of Education Vice President Jim Fazzino has decided not to run for reelection once his term expires in December 2020, but Fazzino said his advocacy for education will not end with his departure from the school board.

“I’m going to remain dedicated to education in the county and continue to advocate for what’s great for our kids,” he said.

Citing increased professional responsibilities and his desire to be more available for his children as they progress through their own education, Fazzino said his decision not to run again for his District 2 seat on the school board came down to timing.

“I have a young family at home,” he said. “Over the next five years … the children will finish elementary school, navigate middle school and they’ll be starting high school all in those five years. As they become more involved in activities and things that are available in our community and schools, it’s important to me to be available for them and be there for them as much as possible.”

In addition to serving on the school board, Fazzino also works as an e-learning supervisor at Baltimore County Public Schools and an adjunct professor at Notre Dame of Maryland University.

Voters elected Fazzino to the Cecil County Board of Education in 2016 and he has served as vice president of the board since 2017. School board members can serve up to two four-year terms, but Fazzino is opting not to run for a second term in the 2020 elections.

As of Thursday afternoon, no candidate had filed yet for the District 2 seat, which Fazzino currently holds. That seat oversees the northern Elkton area.

The District 1 seat, which oversees the Elkton area south of U.S. Route 40 and all of the southern county, will also be on the ballot in 2020. William Manlove currently holds that seat on the school board, but his second term come to its completion at the end of 2020. Sam Davis was the only candidate to have filed to run for the District 1 school board position as of Thursday afternoon.

The deadline for candidates to file for election for the school board and other elected offices is 9 p.m. Friday, Jan. 24, 2020.

Whoever fills the District 2 seat after him, Fazzino advised his successor to look for opportunities to learn, listen, seek understanding and ask the questions.

“I’ve always found people to be very forthcoming and willing to engage in conversation … These are conversations about education, which is an incredibly complex concept in our American society,” he said. “It is an extremely, at times, politicized concept, but at the end of the day this is about young people and really what opportunities we’re providing for them as they move forward in life.

In his three years serving on the Board of Education, Fazzino said there are countless projects and decisions he has been proud of being part of — too many to pick just one.

To name a few, Fazzino looks back fondly on the construction and completion of the new Gilpin Manor Elementary School, the beginning of the new Chesapeake City Elementary School during the ongoing project, additions to technical education programs at the Cecil County School of Technology, the installation of safe and secure school entrances, and increased transparency between school officials and members of the public.

With a year left in his term on the Board of Education, Fazzino said there’s still a lot that needs to be done and he’s looking forward to being part of it.

“I’ll continue to advocate well beyond,” he said. “The more people are informed and the more willing they are to engage, the healthier the educational experience is going to be for all our young people. So I just encourage people to stay involved in the process and lean in at all times of the year.”

As for whether he would ever run again for the school board once his children have completed their public school education, Fazzino said it all depends on what else is going on his life at the time — but he hasn’t ruled it out.

“I tell my students all the time ‘Just keep all your doors open. You don’t know which one you want to walk through, but make sure you don’t lock any of them because you may need to get in that room one day,’” he said.