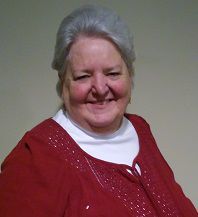 A recipient of the 2018 Society of John Wesley Award, The Rev. Karen Bunnell said her favorite topic for preaching is God’s grace in Christ. Bunnell will preach her final sermon for Elkton United Methodist Church Sunday. 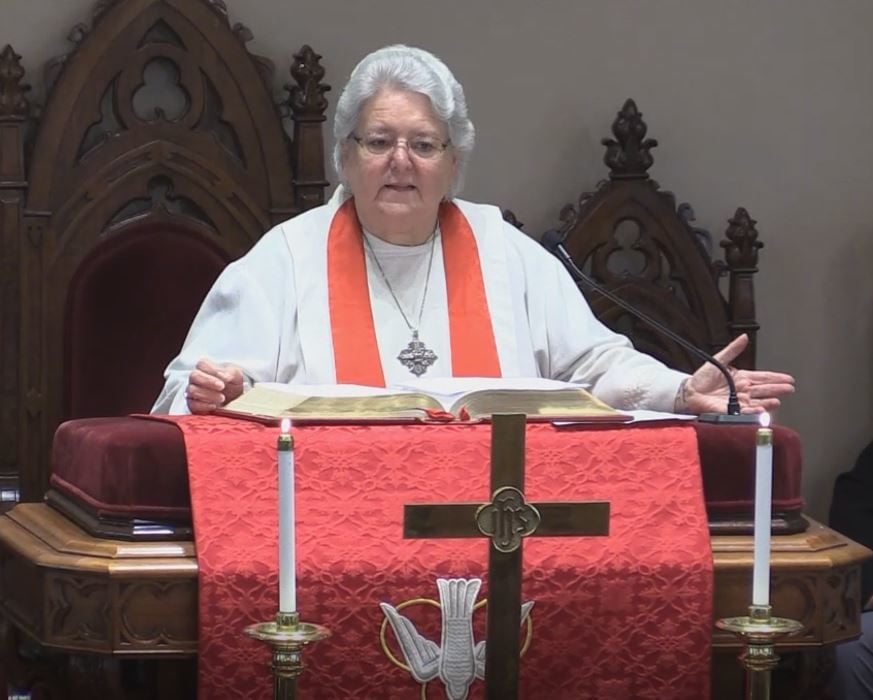 From the pulpit, The Rev. Karen Bunnell, pastor of Elkton United Methodist Church for more than 20 years, delivers one of her many sermons.

A recipient of the 2018 Society of John Wesley Award, The Rev. Karen Bunnell said her favorite topic for preaching is God’s grace in Christ. Bunnell will preach her final sermon for Elkton United Methodist Church Sunday.

From the pulpit, The Rev. Karen Bunnell, pastor of Elkton United Methodist Church for more than 20 years, delivers one of her many sermons.

ELKTON — Unlike many other United Methodist Churches in Cecil County, The Rev. Karen Bunnell has been in the same pulpit for over 20 years.

However that ends Sunday because Bunnell is retiring.

Plus, she said all her heroes stepped away around the same age, so she is taking their lead.

In all her years in the ministry, Bunnell has only had two appointments. She spent 12 years at Aldersgate UMC in Wilmington, Del. then made the move to Elkton.

Like every other church in the county Bunnell has been preaching online to a congregation watching from afar. That’s how she’ll go out too. Her successor will come in the same way, preaching his first sermon online July 5.

The Rev. Eric Warner will preach in person July 12.

“He’s currently in Sudlersville (Md),” Bunnell said of his current charge. She is excited for what Warner will bring to Elkton UMC.

“He’s very, very gifted and has a great future in ministry,” she said.

As a member of the Board of Ordained Ministry with the Peninsula Delaware Conference of the United Methodist Church for 20 years, Bunnell said Warner stands out from all the candidates she has ever interviewed.

“He’s thoughtful, he has a good demeanor, he’s a good theologian,” she said, adding Warner did not appear the least bit nervous meeting with the board that would determine his place in the conference. “He’ll go far.”

Bunnell was the winner of the 2018 Society of John Wesley Award, which honors sacrificial leadership among the alumni.

She won’t be leaving the church, per se, but will work for the next few months in the background helping Warner with the transition. Bunnell admits she does not know what to expect in retirement, aside from relocating outside the parsonage in which she had been living more than two decades.

“It’s going to be a total change. Pastors never live in the moment. We’re always thinking ahead,” she said. “At Advent you’re thinking about Lent and pastors don’t have off on weekends.”

Remaining in Elkton to care for her mother, Bunnell will still teach at Pecometh, a UMC campground and retreat ministry in Centreville, Md.

“I bought a piano a couple of years ago. I will play that more,” she said, adding that visiting family, including her brother and his wife, is also on her to-do list. “And I need to go see John and Adelma.”

The daughter of a choir director and music teacher, Bunnell grew up in the church from which she is now retiring.

She is downsizing and trying to find homes for all the books she has collected. Bunnell figures young pastors or seminary students would value the commentaries and preaching resources.

“I will miss the people and the excitement of seeing people grow in Christ,” she said. “One of the things that makes me happiest is I’m just a plain church pastor. I’ve done some other things, but I’ve served in the local church my whole life. I always felt like God is just calling me to be a local church pastor. I love to preach, preaching is my greatest passion. And seeing people grow in their faith, there’s nothing, absolutely nothing, like it. I think that’s what John Wesley was all about: spreading the Word. I just feel like I’ve done what I’ve been called to do.”

A drive-by good-bye is set for Sunday at 1 p.m. at the rear of the church, located at 219 East Main St. Thanks to the pandemic, which has kept the church members apart since March, the send-off will also be with social-distancing rules in mind. Anyone participating in the parade is welcome to decorate their vehicle as part of the celebration.

“It’s bittersweet to leave, especially with the pandemic,” Bunnell said. “But I am trying to keep it in perspective.”

One other change coming for Bunnell; where to worship. United Methodist rules dictate she cannot attend Elkton UMC for the time being.