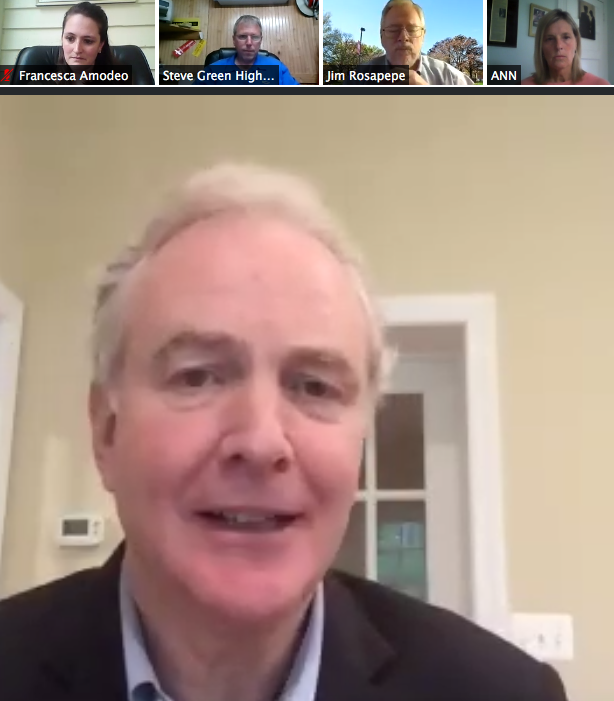 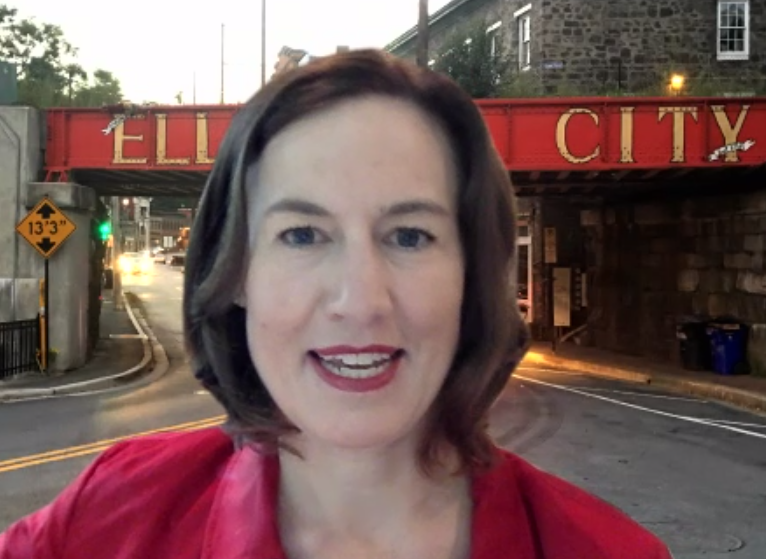 WASHINGTON DC — The next wave of financial assistance for businesses impacted by COVID-19 will be better suited to small business according to US Sen. Chris Van Hollen.

Van Hollen, along with Senators Jeff Merkely (D-Ore.) and Chris Murphy (D-Conn.) plan to introduce the Rebuilding Main Street Act in the senate next week.

The Rebuilding Main Street Act, according to Van Hollen, would make up to $300,000 available to cover fixed costs for the “smallest of small businesses” while also addressing the expected slow re-opening of these affected stores, eateries and other small business.

“It’s very important at this point in time for the flexibility it provides,” Van Hollen said in a virtual meeting held Thursday. Joined by Md. Senators Katie Fry Hester (D-9th) and James Rosapepe (D-21) Van Hollen said the key to this new initiative is its connection to the existing Work Share Program.

“As we designed this legislation we reached out to small business and asked, “What do you need to weather the storm and bounce back after,” the senator said. He learned that these businesses, which were shuttered weeks ago in a national effort to stem the spread of the novel coronavirus, are not just going to re-open like flipping a switch.

“It’s going to be a gradual increase and this proposal is designed to address that,” he said. For example if an employer can only afford to call back his staff for 20 hours per week, the program would chip in the remaining cost so employees get a full 40 hour week. “Unemployment would reimburse you for the remaining hours, It’s a win-win for everybody. A small business can calibrate their return.”

Maryland employers won’t see this affect the cost of unemployment insurance either.

Hester only recently learned that the Work Share program has been around since 1984. It was set to assist with cost reductions up to 25 percent.

“Rebuilding Main Street expands this up to 80 percent coverage on employee hours so it’s a triple win,” Hester said.

Calling it “a great example of our US and state senators working together,” Rosapepe said the next step is to get more businesses to take advantage of the program.

Since the grant is locked at $300,000 Van Hollen said it is unlikely larger employers that also fall under the definition of a small business would pursue the funds.

“Our estimation is this will be of most interest and most use to mom and pop businesses,” Vah Hollen said, adding, “That’s the way it was designed.”

The first $350 billion allotment was snapped up quickly by such companies as Ruth’s Chris Steak House, Shake Shack, the Los Angeles Lakers, and pharmaceutical and wealth management companies. Many returned the money after public outcry. After the Small Business Administration tweaked its definition of “small business” the disbursement of a second round of Paycheck Protection Program money went somewhat smoother, although many still are waiting for word of acceptance.

While the PPP demands repayment in two years of any money, Rebuilding Main Street has a five-year payback.

Steve Green, owner of High Mountain Sports in western Maryland, said this was his first experience with unemployment when he had to lay off the entire staff of his ski equipment store. Enrolling in Work Share gave him the ability to bring back his staff for 20 hours per week. Switching also from skis to bicycles he has found a whole new customer base. Work Share supported him as he upped his employee hours to 32.

Green said one of the best parts of Rebuilding Main Street, from his perspective, is the cash up front.

“This program makes it much easier to help more people faster,” Rosapepe said. Along with the other benefits, it gives employers a way to enroll all employees at once into the unemployment insurance program. At the start of the shut down in Maryland, the unemployment system was nightmarish with reports of people sitting on hold for hours waiting to enroll, or never getting through at all. A new computer system brought in to help crashed. Gov. Larry Hogan accepted the blame for the problems, which have since been addressed.

A companion bill to be introduced in the House of Representatives is being drafted.