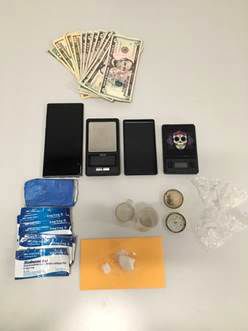 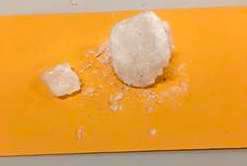 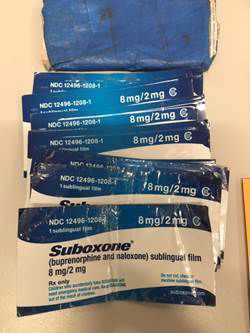 This police photo shows packets of suspect Suboxone that Cecil County Sheriff’s Office investigators seized while raiding a residence near Elkton on Tuesday.

This police photo shows packets of suspect Suboxone that Cecil County Sheriff’s Office investigators seized while raiding a residence near Elkton on Tuesday.

ELKTON — Investigators confiscated slightly more than a half-ounce of suspect methamphetamine, 13 packets of Suboxone and other evidence while raiding a residence and shed near Elkton, according to the Cecil County Sheriff’s Office.

Detectives identified the suspect as 49-year-old Dean Edward Kincaid, who was arrested on scene Tuesday during the raid at his residence in the unit block of Woody Lane, police said. During the raid, police added, officers also arrested two other people who were wanted on outstanding warrants.

The raid culminated an investigation that the CCSO’s Street Level Crimes Unit (SLCU) had started earlier in May, police reported.

“The investigation pertained to Dean Edward Kincaid selling methamphetamine from the residence and from a makeshift shed located on the property,” Lt. Michael Holmes, a CCSO spokesman, told the Cecil Whig. “Throughout the course of the investigation, information was obtained that numerous wanted individuals were also staying at the residence along with Kincaid.”

A search of the makeshift shed on Kincaid’s property yielded 12 additional grams of suspect meth, a second electronic scale and 13 packets of Suboxone, police added.

In total, investigators confiscated 16 grams of suspect meth, according to police. There are 28 grams in an ounce.

Investigators also confiscated Kincaid’s cell phone and $125, both of which were found in a master bedroom, police reported.

Kincaid is facing four criminal charges, including possession of methamphetamine with intent to distribute, according to Cecil County District Court records. Kincaid is free on a $5,000 bond, which he posted shortly after his arrest on Tuesday, court records show.

Holmes reported that funds from a Maryland Criminal Intelligence Network (MCIN) grant were used during the course of the investigation.