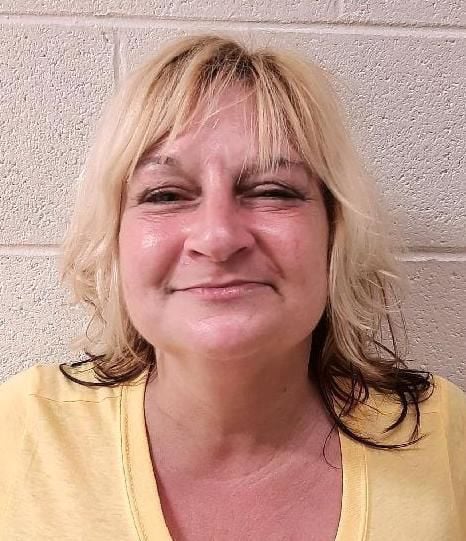 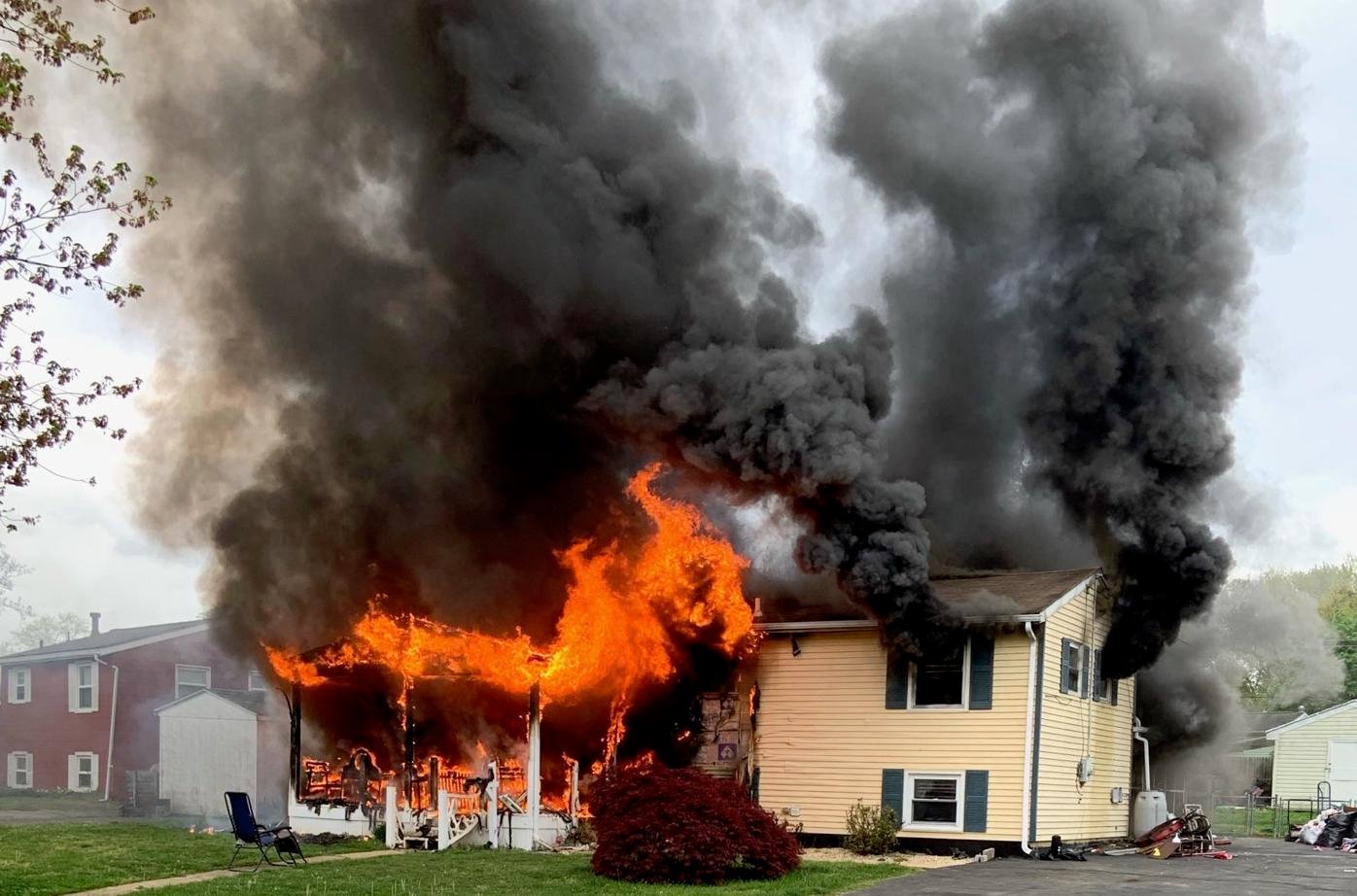 The woman who allegedly set this house fire on Cherry Lane near Elkton on Thursday has been charged with attempted murder, arson and other offenses, according to the Maryland Office of the State Fire Marshal. 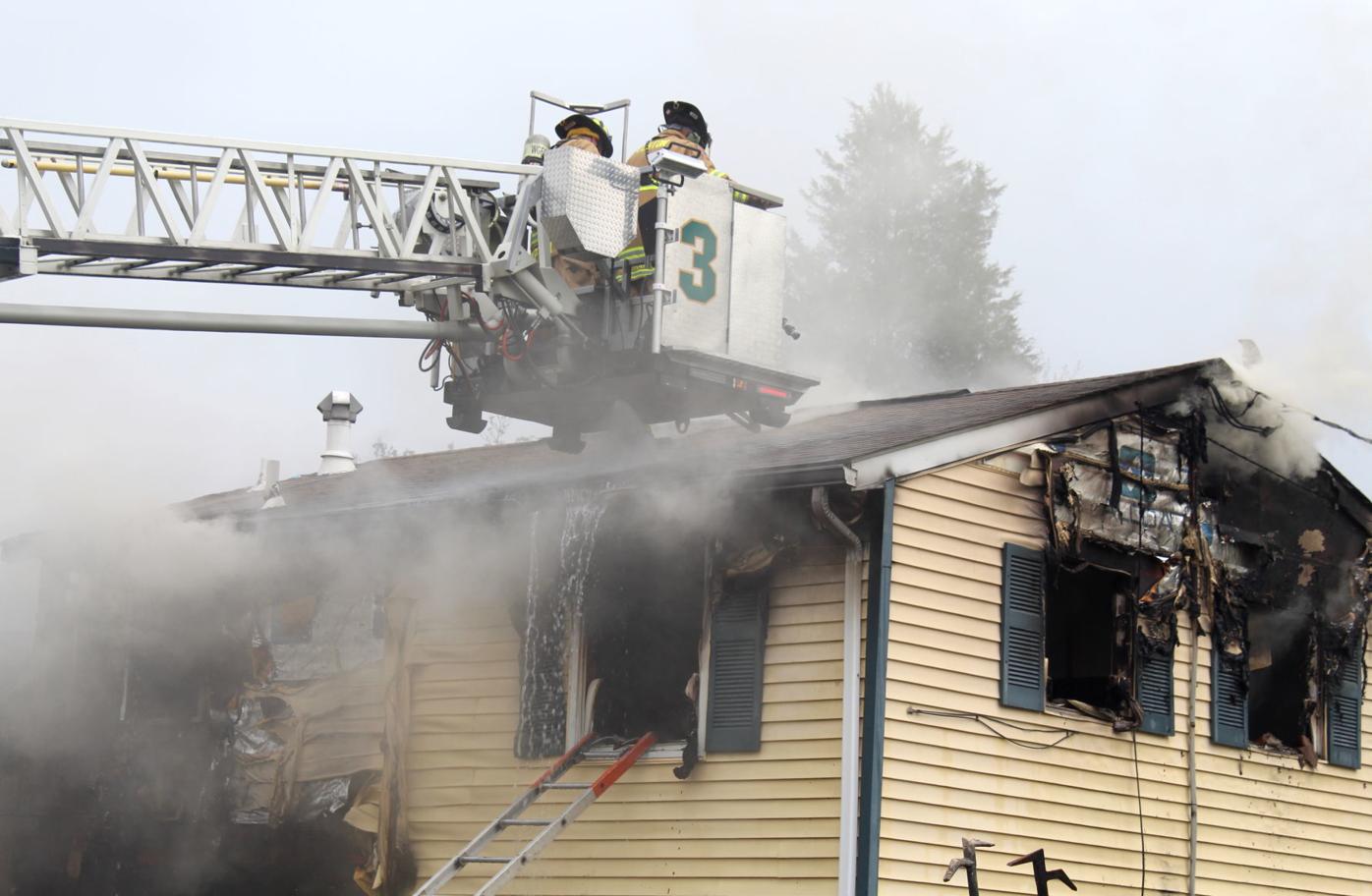 Firefighters battle the blaze on Cherry Lane near Elkton on Thursday afternoon.

The woman who allegedly set this house fire on Cherry Lane near Elkton on Thursday has been charged with attempted murder, arson and other offenses, according to the Maryland Office of the State Fire Marshal.

Firefighters battle the blaze on Cherry Lane near Elkton on Thursday afternoon.

ELKTON — Investigators have filed arson and attempted murder charges against a woman who allegedly torched her occupied home near Elkton on Thursday afternoon, gutting the house and displacing herself and three other adults who lived there, according to the Maryland Office of the State Fire Marshal.

Charging documents allege that the suspect — Gail J. Metwally, 47 — remained on the property and watched for several minutes after intentionally setting fire to the house in the unit block of Cherry Lane, which is a short distance away from Fletchwood Road, northeast of Elkton.

MOSFM reported that Metwally “watched the fire engulf the home” while seated in the chair on the lawn, before walking away from the property.

A responding Cecil County Sheriff’s Office deputy spotted the suspect, as she was walking down the street, a short distance from the burning house, and detained her, according to Sr. Deputy State Fire Marshal Oliver J. Alkire, an agency detective and spokesman.

Metwally told investigators that she was trying to “protect herself from her roommates, who she claimed were part of a cartel and have been kidnapping, murdering people and burning their bodies in the backyard,” according to charging documents. Metwally also claimed that her roommates were “stealing her identity, medication and insurance,” court records show.

No one was injured in the swiftly-spreading blaze — but one of the occupants, Brenda J. Holbrook, made a narrow escape from the burning house, with the help of a man who was performing gutter work on a house diagonally across the street, fire officials reported.

One of the residents, William R. Shrewsbury, was on the back deck, unaware that a fire had been set until he heard Holbrook’s screams from the basement, fire officials said. Shrewsbury attempted to rescue Holbrook, but he encountered smoke when he entered the burning house, fire officials added.

Cecil County District Court charging documents indicate that Metwally has a history of starting and, or, attempting to start fires — including a purported incident in which she allegedly tried to burn the house about two months ago.

“Shrewsbury explained Metwally had lit fires in past events. A search of law enforcement databases revealed an incident which occurred on Feb. 1, 2021. The Cecil County Sheriff’s Office emergency petitioned Metwally, after responding to a report of her trying to light the dwelling on fire,” court records allege.

She remained in the Cecil County Detention Center without bond on Tuesday, one day after her bail review hearing, court records show.

Metwally is one of four people — three women and one man — who lived in that Cherry Lane residence, fire officials said. The American Red Cross is assisting the displaced occupants, fire officials added.

When the fire broke out, Holbrook was in the basement, Shrewsbury was on the back deck and Metwally was on the property, court records show. Metwally’s boyfriend, Sterling Tillman — the man with whom she purportedly had been arguing before the arson — was not at home when the fire was set, according to court records.

Alkire confirmed that two nearby contracted employees — Travis Sellers, 25, of Wilmington, Del., and Averee Hammond, 24, of Newark, Del. — witnessed the events leading up to the alleged arson. Alkire also confirmed that Sellers called 911 at 1:15 p.m. Thursday, before running across the street to help Holbrook climb out a basement window while the house was burning.

Metwally had been arguing sporadically throughout the day with a man — now identified as Tillman, the suspect’s boyfriend — at that Cherry Lane residence, according to Sellers and Hammond, who are employed by the Everything Gutter company.

Court records indicate that someone complained about the domestic dispute, prompting police to respond to that Cherry Lane residence earlier on Thursday.

“It should be noted that law enforcement was dispatched to the same address earlier in the day for a domestic-related incident. It was later revealed that (Metwally) had a domestic incident with her boyfriend. Her boyfriend is an occupant of the dwelling; however, he was not home when Metwally started the fire,” according to charging documents.

For the most part, Metwally remained alone in a chair on the front lawn, muttering to herself and yelling at times when there was no one in sight, Sellers and Hammond told the Cecil Whig, relaying what they observed while doing gutter work diagonally across the street. Metwally exchanged words with her boyfriend whenever he came out to the front porch, they said.

Shortly after 1 p.m. Thursday, however, Metwally rose from the chair in the front lawn, grabbed a trash can that was on the front porch and ignited the contents inside of the receptacle, according to Sellers and Hammond.

“It was spur of the moment. She got up out of her chair in the grass, lit the trash can, opened the door and threw it into the living room. I couldn’t believe what I was seeing,” Sellers said.

Then she grabbed a package that was inside the mailbox and torched it, too, before also tossing that burning item into the house, according to Sellers and Hammond.

“We saw the flames inside the house and I said, ‘Oh, my God, call the fire department’,” Hammond said, adding, “The fire was spreading very fast.”

While Sellers was talking to the 911 dispatcher, after providing the most important pieces of information, he cut the call short.

“I saw a lady (Holbrook) open the basement window. She was trying to climb out, so I ran across the street and helped her climb out, “ Sellers said.

MOSFM officials reported that Holbrook was “yelling for help” from that basement window before she was rescued.

“The woman who started the fire, she left, barefoot, down the street,” Hammond said.

Shawn and Samantha Malloy, who live directly across the street from the Cherry Lane house, did not witness the events leading up to the fire — but the sounds of the blaze caused them to stir, according to the couple.

“We were downstairs and we heard two loud pops. We thought they were gunshots,” Shawn Malloy told the Cecil Whig. “We run up the stairs and saw that the house was fully involved, just engulfed in flames.”

Paramedics arrived at the scene first and reported that there was “heavy fire at the front of the house and that it was rapidly spreading through the house,” according to Alkire.

Singerly Volunteer Fire Co. of Elkton arrived next and, by then, flames were shooting out every window of the house, in addition to the roof, Alkire reported.

Approximately 40 firefighters, made up of members from several area volunteer fire companies, battled the blaze for about one hour, before bringing it under control, fire officials said. SVFC served as the on-scene command unit, fire officials added.