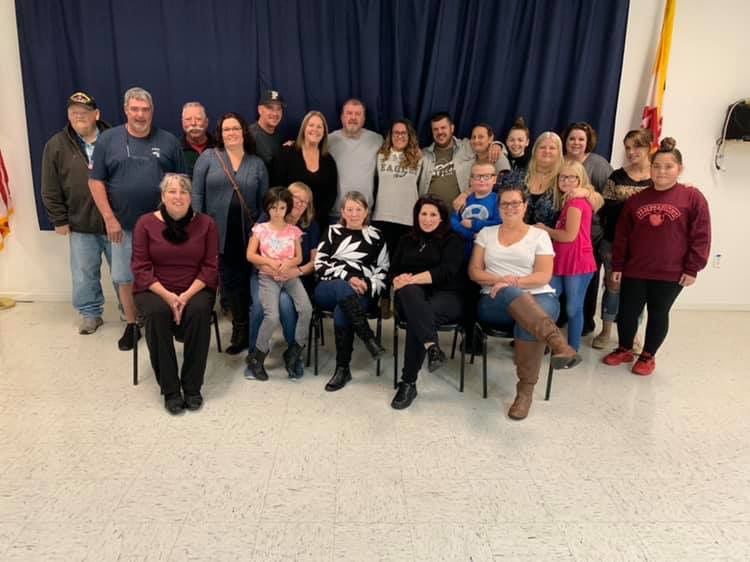 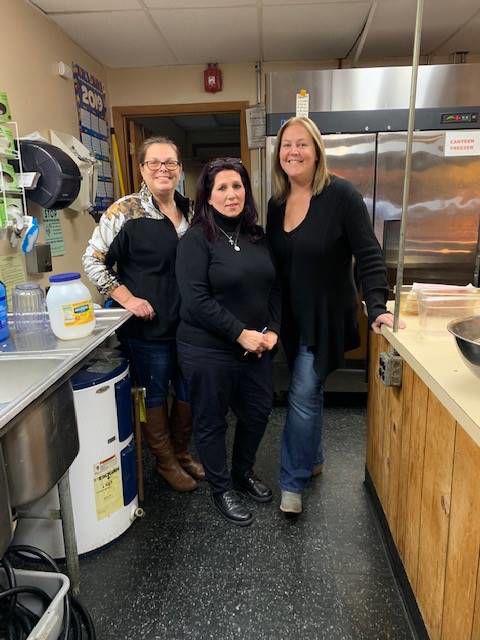 NORTH EAST — There’s a lot to be thankful for in Cecil County, but the North East VFW Auxiliary at Cecil County Memorial VFW Post 6027 stands chief among these this week. The group serves veterans, the military and their families — and on Thursday, they’ll serve anyone.

Their organizing power is the driving force for the community-powered Thanksgiving meal that they are hosting tomorrow at the post at 815 Turkey Point Rd.

For the eleventh year, the group will be offering two seatings of the traditional Thanksgiving meal, completely free, for anyone who wants to come and eat.

The group will serve about 700 meals all told, and will deliver to anyone in the county that calls or asks. The group also have half a dozen volunteers that deliver meals to all the first responders in the county on duty, as well as to anyone who calls and asks for a delivery.

Brenda Gardner, President of the North East VFW Auxiliary #6027 and Carolyn Heil, who serves as secretary, spearheaded the event this year after inheriting the logistical task from Carol Halsey. Halsey developed the event into what it is for the past decade.

Originally, Gardner was worried about having enough volunteers, but people and things “just started showing up,” she said.

“We have about 150 members,” Gardner said Thursday. “We don’t have a lot of active members, as some our members are older and not able to help. But we had a meeting last night, and we had probably 40 people. And they are going to be there and help.”

Gardener comes from a military family, as her father served in World War II. Her nephew is a Purple Heart who served in the U.S. Army. She has been involved with the VFW group for more than forty years.

Her father was the commander of the North East VFW at one point, and she remembers helping him when she was a child.

The event brings its share of veterans and military families, but Gardner said anyone, and everyone, is more than welcome.

When she spoke to the Whig on Friday, several community members were already preparing.

“We’re cooking lots of turkeys,” she laughed. “And we are getting lots of donations.”

But Gardner posted to social media on Monday evening to let friends and followers know that all the turkeys for the event had been cooked.

Bryan McDonaugh, Carolyn Teague and people from the Nauti Goose helped prepare the stuffing, and VFW Commander Gene Daley and his wife Jaime also pitched in and cooked.

“Everyone helps,” Gardner told the Whig of the massive community undertaking. “And I could do it without Carolyn [Heil]. She has been my right hand and with me through the whole process.”

Local restaurant and places have “just been amazing,” she said.

Donations of food and other resources have come in from nearby Newark, Delaware’s Malin’s Market, and locally from Market Street, Snatcher’s Creekside, John Ford from Integrity Real Estate and Pine Grove, to name a few.

Individuals also bring in donations, and the event has come together beautifully and with the effort of many unsung volunteers.

“It’s appearing,” Gardner said. “Things are showing up. People are giving donations of things that we can’t store, so for example we can go get our milk and butter.”

Gardner said the event will be completely free to all.

“There’s no charge,” she said. “We’ll have a donation station set out for those who might want to donate, but there is absolutely no charge. It’s for anyone.”

Heil, Garnder and others have been working on getting donations for several months, and said they have had an “outpouring” of help and contributions. They both recognize that working together and with the help of so many is what makes the event a success every year.

“There are so many people that have stepped up with donations and their time to help to make this a success,” said Gardner.

“Carol [Halsey] has been an amazing hands on source of information of what we needed to make this continue to be a success. When I was approached, my first instinct was to look at Carolyn [Heil] and say, ‘I can’t do this alone.’ She looked at me and said, ‘OK.’ We were like, ‘You want us to cook for what?! Seven hundred plus people?!’”

Reservations are recommended but not necessary. If you’re interested in coming or would like a meal delivered, feel free to call the VFW at 410-287-7817.