Get Started
You are the owner of this article.
Edit Article Add New Article
Home
News
Sports
Obituaries
Opinion
Features
Our Cecil
Business
Cecil People
Classifieds
Contests
The Bargaineer
1 of 6 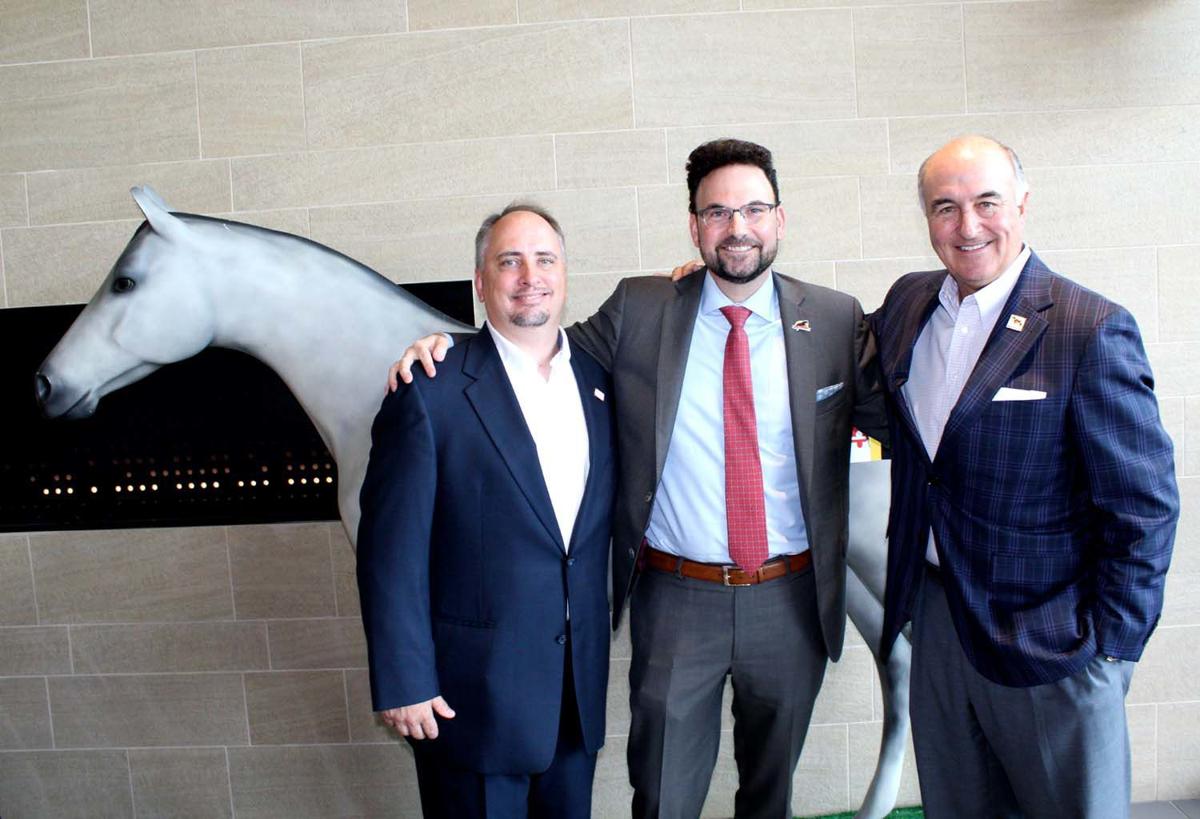 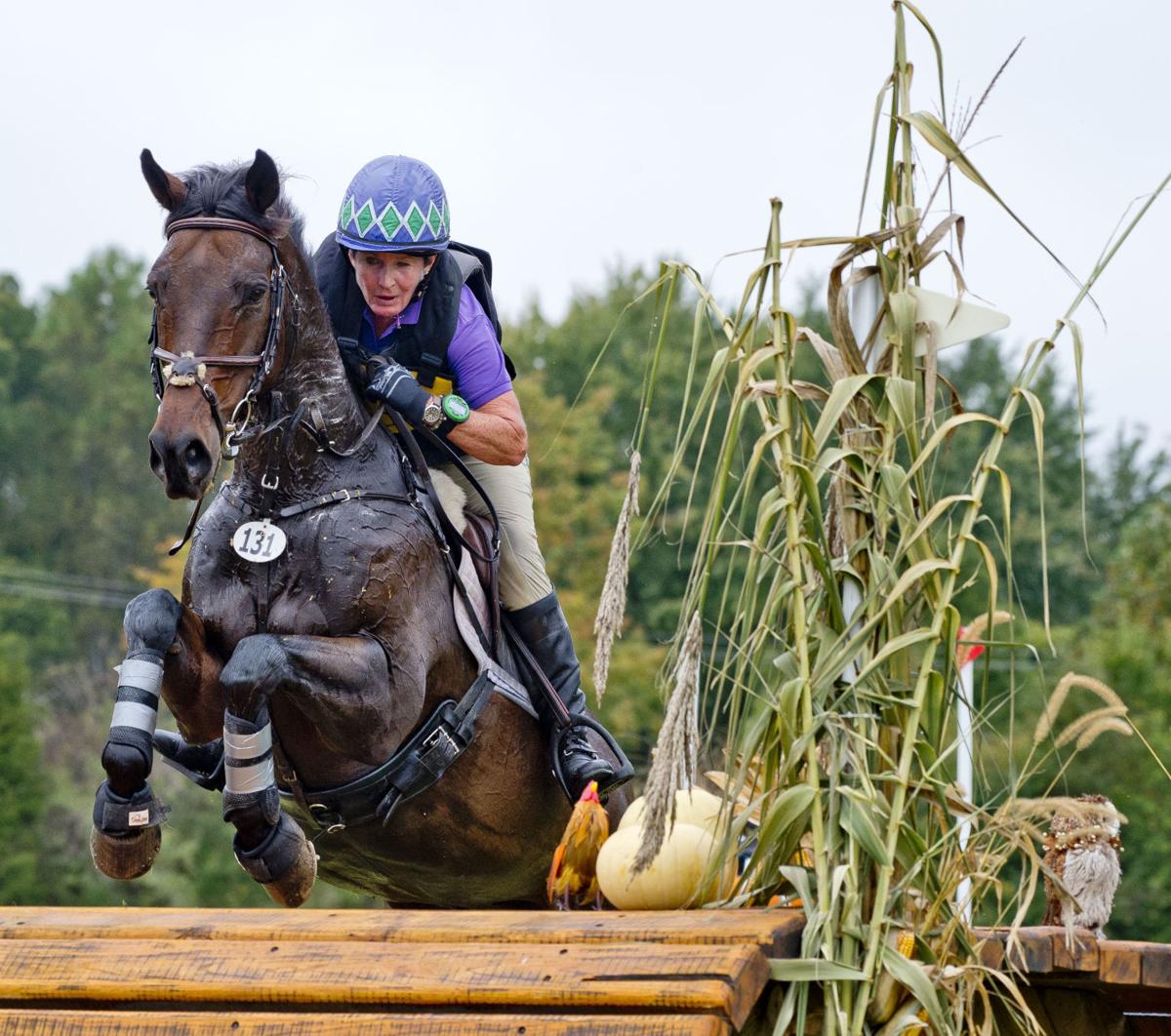 Fair Hill International officials are ramping up plans to host a five-star event here in 2020, requiring significant upgrades to accommodate the anticipated crowds. 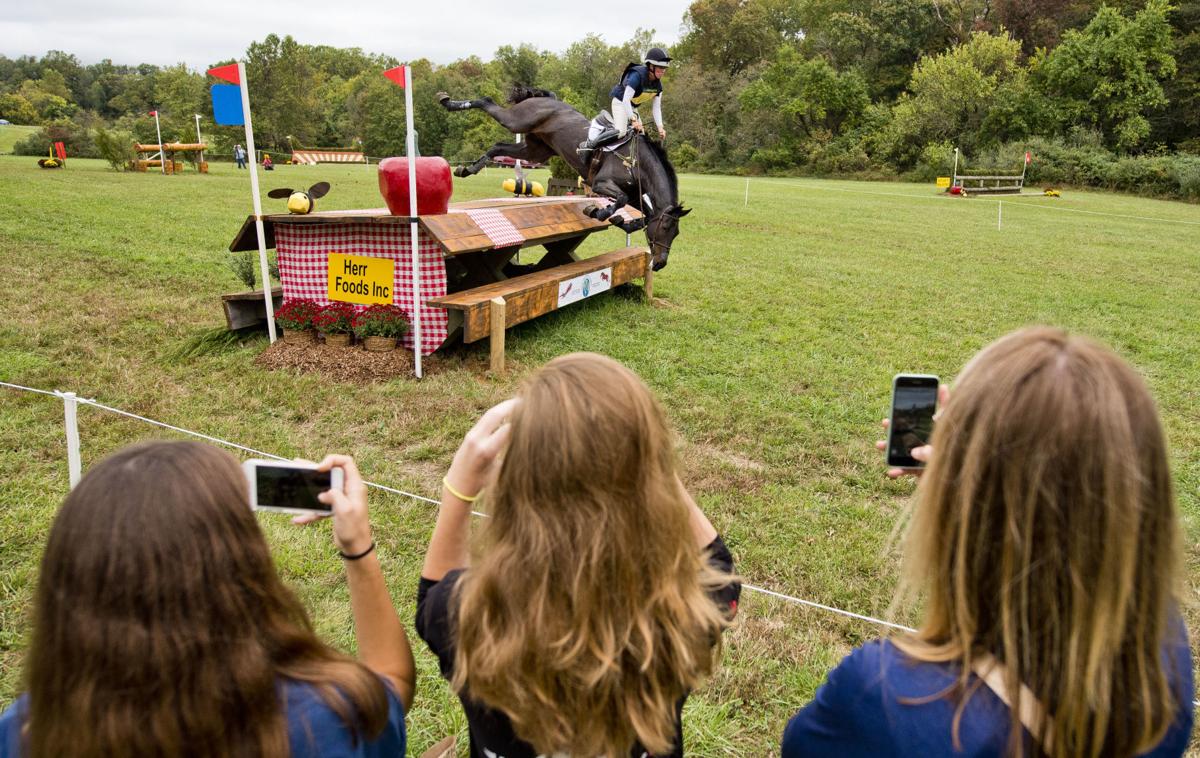 State officials are hoping to ramp up marketing in coming years for a five-star event at Fair Hill in order to draw a large attendance for a world-class event. 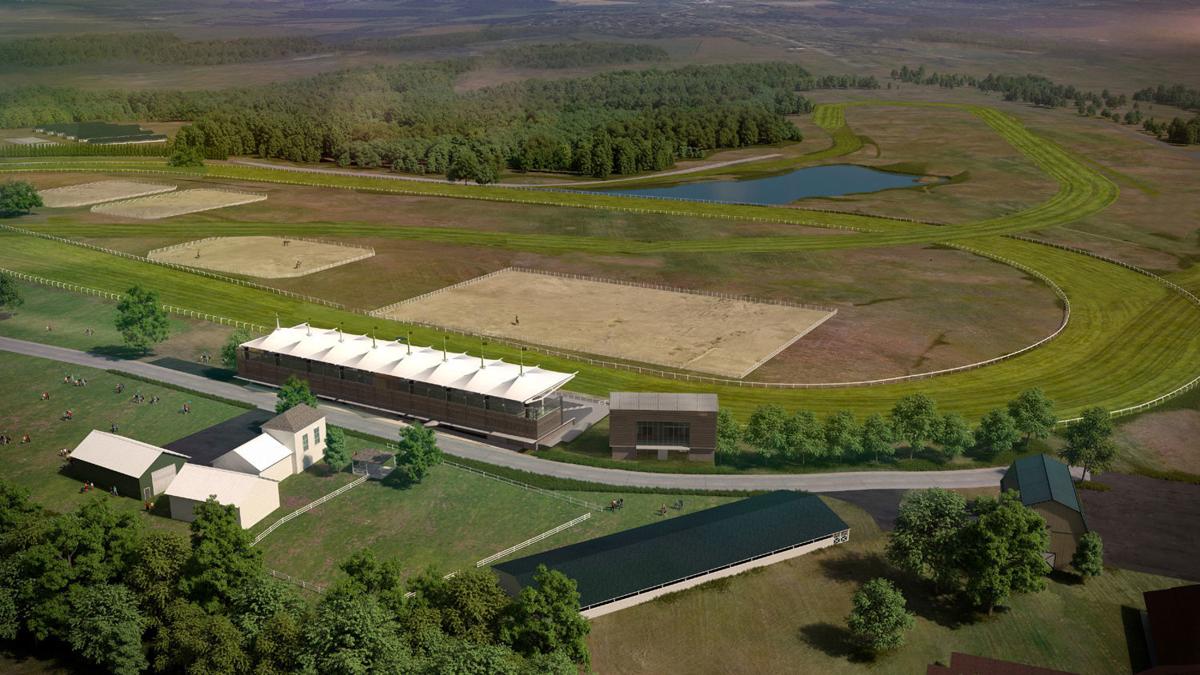 This is a rendering of what Fair Hill will look like after the $17 million in upgrades are complete. Plans include astroturf arenas, a 60-foot-wide cross-country track, and realignment to the racecourse. 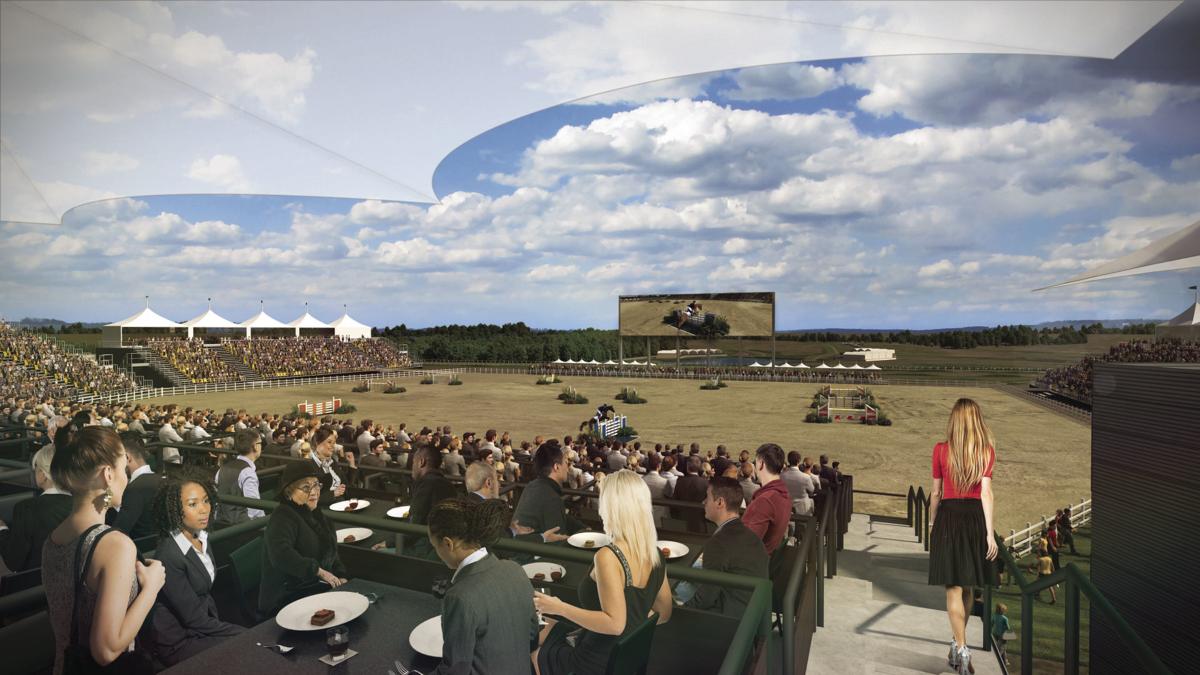 Future grandstands will allow tens of thousands of spectators to watch the world-class action at Fair Hill. 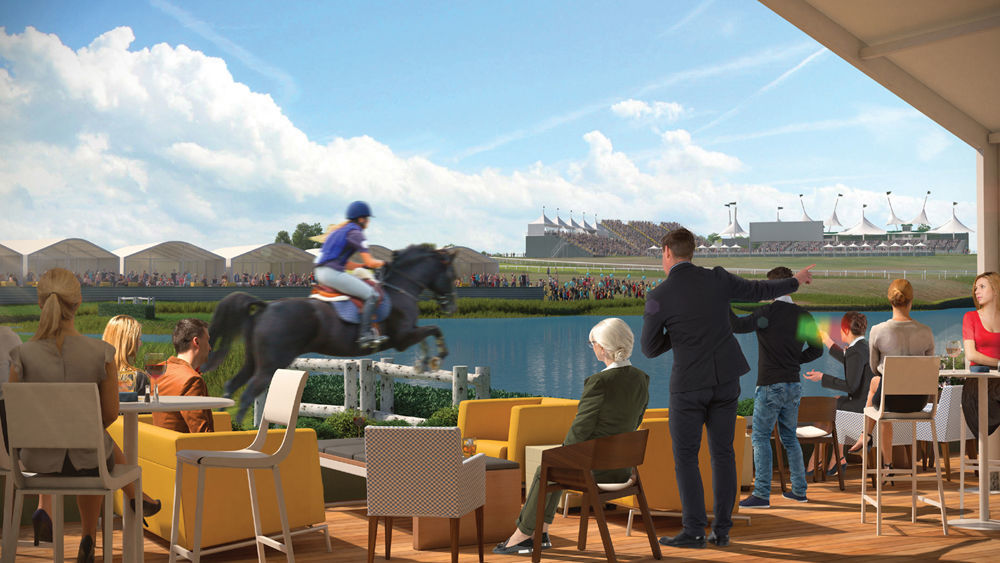 Fair Hill International officials are ramping up plans to host a five-star event here in 2020, requiring significant upgrades to accommodate the anticipated crowds.

State officials are hoping to ramp up marketing in coming years for a five-star event at Fair Hill in order to draw a large attendance for a world-class event.

This is a rendering of what Fair Hill will look like after the $17 million in upgrades are complete. Plans include astroturf arenas, a 60-foot-wide cross-country track, and realignment to the racecourse.

Future grandstands will allow tens of thousands of spectators to watch the world-class action at Fair Hill.

BALTIMORE — State officials have created a new nonprofit tasked with promoting sports in the state, and its first action was forming an organizing committee and naming a leader who will oversee the development of the five-star equestrian competition at Fair Hill that begins next year.

The nonprofit, Sport and Entertainment Corporation of Maryland, aka The Sport Corp., will most notably be the fundraising arm for sponsorships of events in the state, as it will be able to solicit and receive contributions from businesses, governmental and nonprofit entities, as well as individuals. It will also help promote regional, national and international sporting events in the state, officials said.

“The Sport Corp. is a nonprofit moving Maryland forward through sports. Sports events like the CCI5* elevate the image of Maryland, while enhancing the economic health and well-being of our state and its citizens,” said Tom Kelso, chairman of the Maryland Stadium Authority, under which the nonprofit will operate.

The five-star event, which officials have called the Maryland 5 Star at Fair Hill and referred to it by its international designation CCI5*, is likely to draw consideration of a major sponsor. The only other American five-star event, held in Kentucky, was previously sponsored by luxury watchmaker Rolex and is currently sponsored by luxury automaker Land Rover. The Fair Hill event will be the seventh, and newest, competition worldwide at the pinnacle of the equestrian sport, which combines racing, jumping and dressage, often called “horse dancing.”

In a press release announcing the entities, officials called The Sport Corp.’s fundraising ability a “game changer for Maryland Sports as it actively and successfully recruits and retains sporting events to the state.”

In that new role, Newman will build and lead a team to deliver, plan, manage and oversee all aspects of the activities that take place at the Fair Hill five-star, working in tandem with Terry Hasseltine, executive director of Maryland Sports, officials said.

Most recently, Newman served as vice president of global partnerships at Monumental Sports & Entertainment, where he helped secure and foster partnerships with Washington, D.C.-based professional sports teams that play at Capital One Arena, including the Capitals, Wizards and Mystics. Prior to that, he served as vice president of events and experiential sales for iHeartMedia’s Washington, D.C./Baltimore market.

Newman has more than two decades of experience in event planning/management and corporate partnership development, highlighted by his tenure as senior vice president of events at Lagardère Sports and Entertainment where he oversaw high-profile events, including the Citi Open professional tennis tournament in Washington, D.C.

“We are excited to announce the hiring of Jeff Newman as the president and CEO of The Fair Hill Organizing Committee that is responsible for producing the Maryland 5 Star at Fair Hill starting in October 2020. This event is a tremendous opportunity for the region and the entire state. Bringing on a leader like Jeff will allow the Fair Hill Special Event Zone to maximize its opportunities and evolve into a world-class venue for equestrian-related activities and more,” Hankin and Gill said in a prepared statement.

The Fair Hill Foundation and Fair Hill International, the organizations that have been organizing the three-day October eventing competition for the last 30 years, will remain involved in the five-star event, officials reported. They will work under The Fair Hill Organizing Committee’s umbrella along with Newman, who will help create a major sporting event that is anticipated to draws upward of 80,000 over four days. The existing three- and four-star competitions have typically drawn between 10,000 and 20,000 spectators.

Newman’s first task is overseeing the development of $20 million property improvements in preparation for the five-star set for the fall of 2020. The project includes upgrades to the turf equestrian course and turf timber course, installing three new equine arenas, infrastructure improvements required to support cross country/trail development, and installing an irrigation system to support the turf course maintenance of the enhanced facilities.

As of this week, underground stormwater collection systems are being placed, topsoil is being removed and the grading is being done for the new turf track, the timber course and the new arenas in the infield, officials reported.

When finished, the five-star event is projected to create an economic benefit upward of $30 million to Maryland, officials reported. It is also expected to have a spinoff effect in regards to breeding and training facilities in the surrounding region.

“The horse industry is a critical component of Maryland agriculture — from horse racing and competitions to the nearly 800 stables that teach lessons, board horses and provide therapeutic riding opportunities for thousands of Marylanders,” said Maryland Agriculture Secretary Joe Bartenfelder in a statement. “These sectors have an economic impact of more than $1.3 billion and affect over 21,000 jobs statewide. Maryland is also home to more horses per square mile than any other state and our equine community preserves over 88,000 acres of farmland. With such a thriving horse industry, it is only fitting that Maryland has a multi-discipline, world-class equestrian competition facility, and that’s what is being built at Fair Hill.”