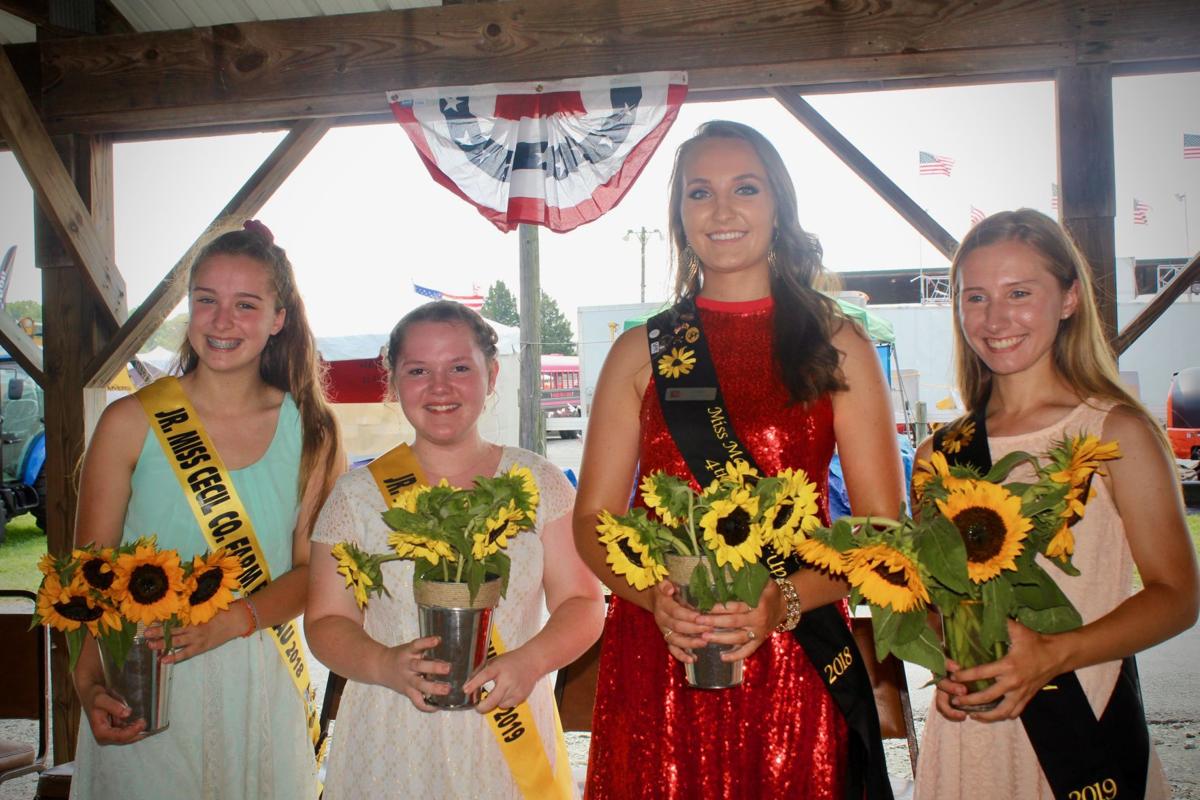 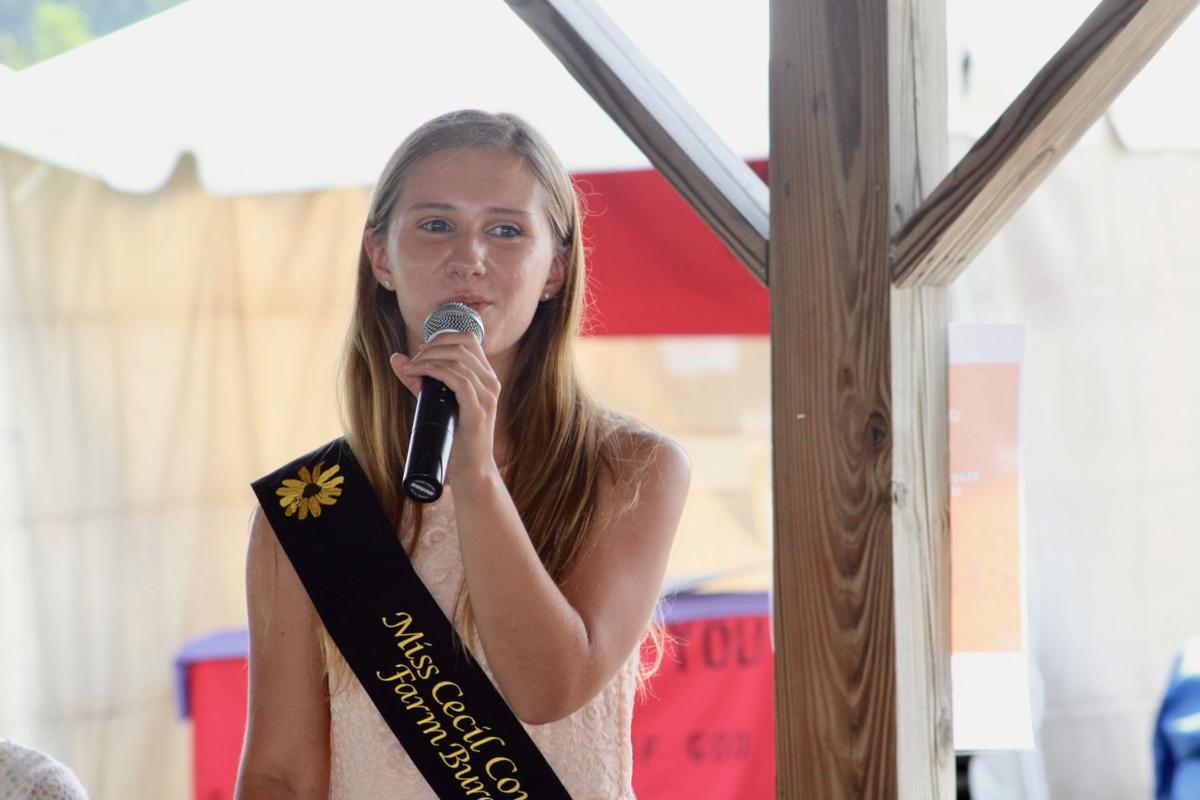 Heather Mullins was named Miss Cecil County Farm Bureau on Sunday afternoon. She was shocked, considering she told the crowd that she couldn’t imagine being brave enough to speak in front of a crowd a year ago. 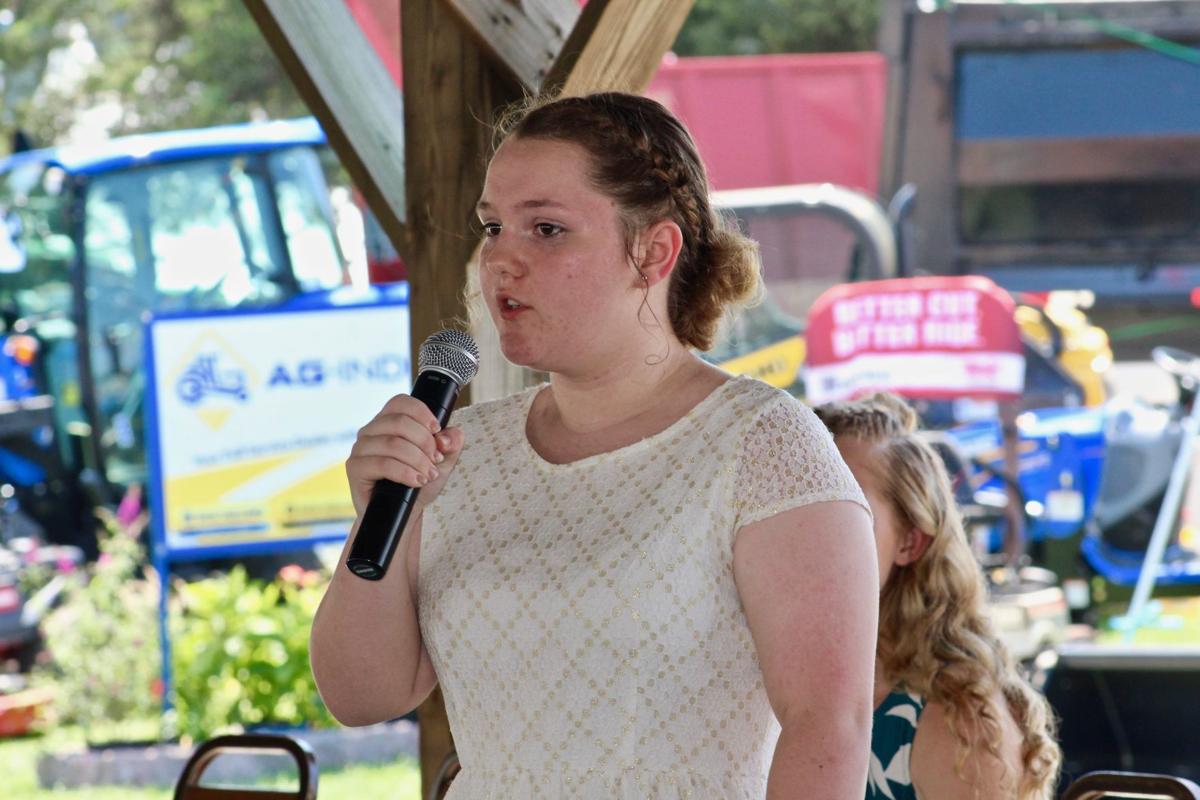 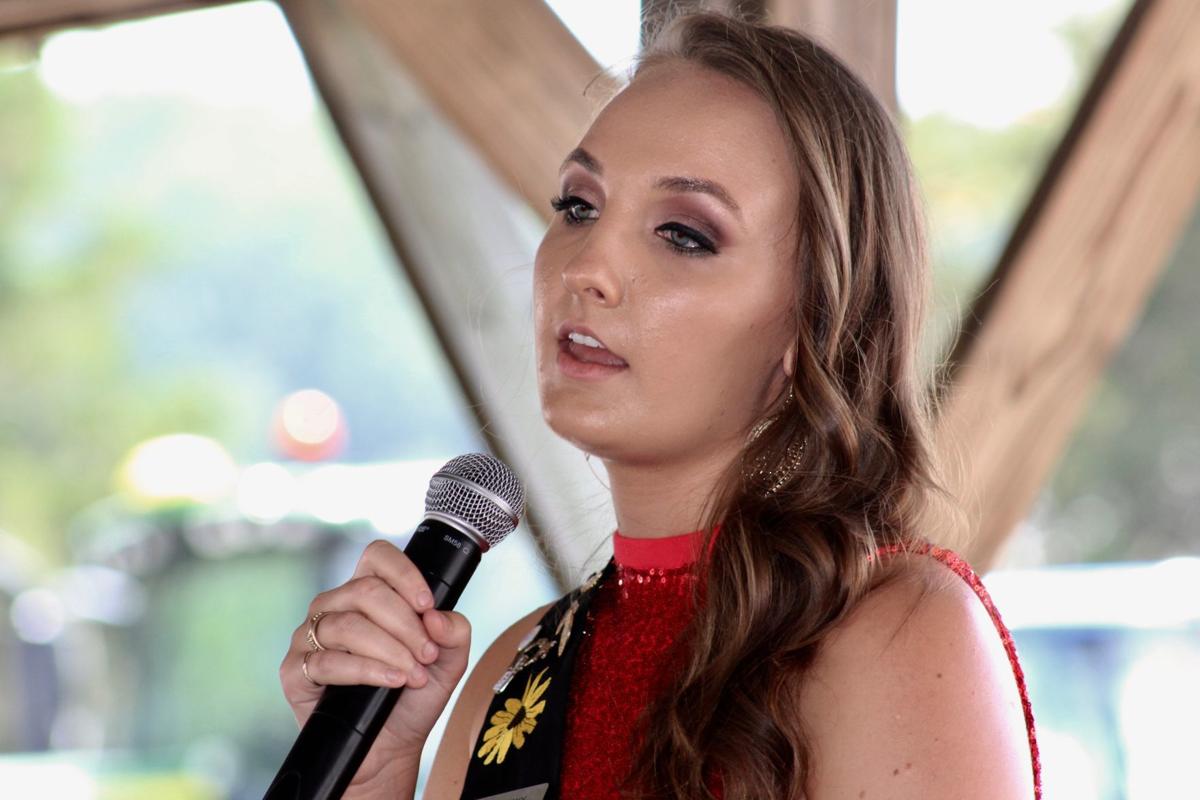 Lexy Droz, of Oxford, Pa., said that being Miss Cecil County Farm Bureau had opened doors for her to make lifelong friendships in a once-in-a-lifetime opportunity.

Heather Mullins was named Miss Cecil County Farm Bureau on Sunday afternoon. She was shocked, considering she told the crowd that she couldn’t imagine being brave enough to speak in front of a crowd a year ago.

Lexy Droz, of Oxford, Pa., said that being Miss Cecil County Farm Bureau had opened doors for her to make lifelong friendships in a once-in-a-lifetime opportunity.

It was an emotional moment for both girls when it was revealed they would receive the coveted sash. Mullins, 17, let out a gasp when her name was announced, and clapped her hands to her face. Todd, 12, was visibly emotional and declined comments after she was crowned.

“This means everything to me,” Todd, from Nottingham, Pa., said later, after she was swarmed by her family and well-wishers. “I didn’t know what to say afterward. My heart was just overwhelmed with joy.”

Both girls were selected among the competition after a roundtable question-and-answer session with three judges and a speech before a crowd at the Cecil County Fair.

Mullins will succeed Lexy Droz, of Oxford, Pa., who was declared Miss Cecil County Farm Bureau in 2018. Droz went on to compete for the Miss Maryland Agriculture title at the Maryland State Fair, and was named fourth runner-up.

Passing the crown was bittersweet, but Droz said it was a once-in-a-lifetime opportunity she was glad she seized. In her words to the crowd, she told others who were too afraid to compete in the pageant to do so despite that fear.

“There are so many incredible people that you’ll meet doing this, and I thought I knew almost everything about agriculture, and there was still things to learn. The friendships will last a lifetime,” she said. “It truly is a privilege to speak as the voice of sustainability in Cecil County.”

Droz’s words about not being afraid were echoed in Mullins’s path to this year’s Miss Cecil County. She told the crowd that if someone had told her last year that she would be speaking in front of a crowd, she would not believe it.

But she found her voice when she realized how passionate she was about agriculture.

“This past year, my family moved away from my family’s 180-acre farm where I had grown up,” Mullins said. “This caused me to downsize many of my 4-H projects and leave some of my agricultural dreams behind me … Luckily I have been able to carry some of my favorite 4-H projects.”

Mullins, from Oxford, Pa., was part of a Farm Fest Day with some elementary schools, teaching children simple agriculture lessons, such as how every ingredient in a pizza can be found on a farm.

In the future, she hopes to use her newfound position to speak with elected officials about easing the burden on the farmers, as well as organizing more farm-focused events in Cecil County Public Schools in after-school activities.

Todd was passed the sash by Gabby Severson, of North East, the Junior Miss Cecil County Farm Bureau of 2018. In the past year, Severson said she’s enjoyed meeting farmers in different parts of the county.

“My favorite was the auction to raise money for the Farm Bureau. I like talking to other people, and it brought a lot of different people together to talk about agriculture,” Severson said.

Mike Kincaid, president of the Cecil County Farm Bureau, congratulated all participants. It made him proud to see more young ladies involved with the program, and thought it showed a great representation of agriculture in Cecil County.

“You are the future. The future really is in our hands,” she said.