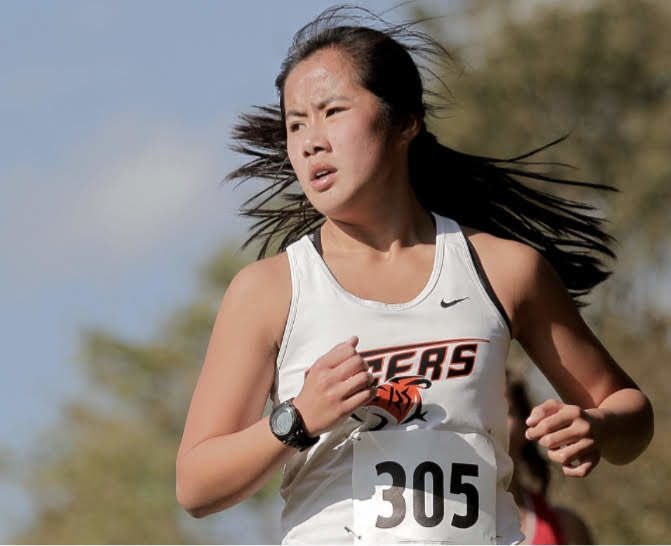 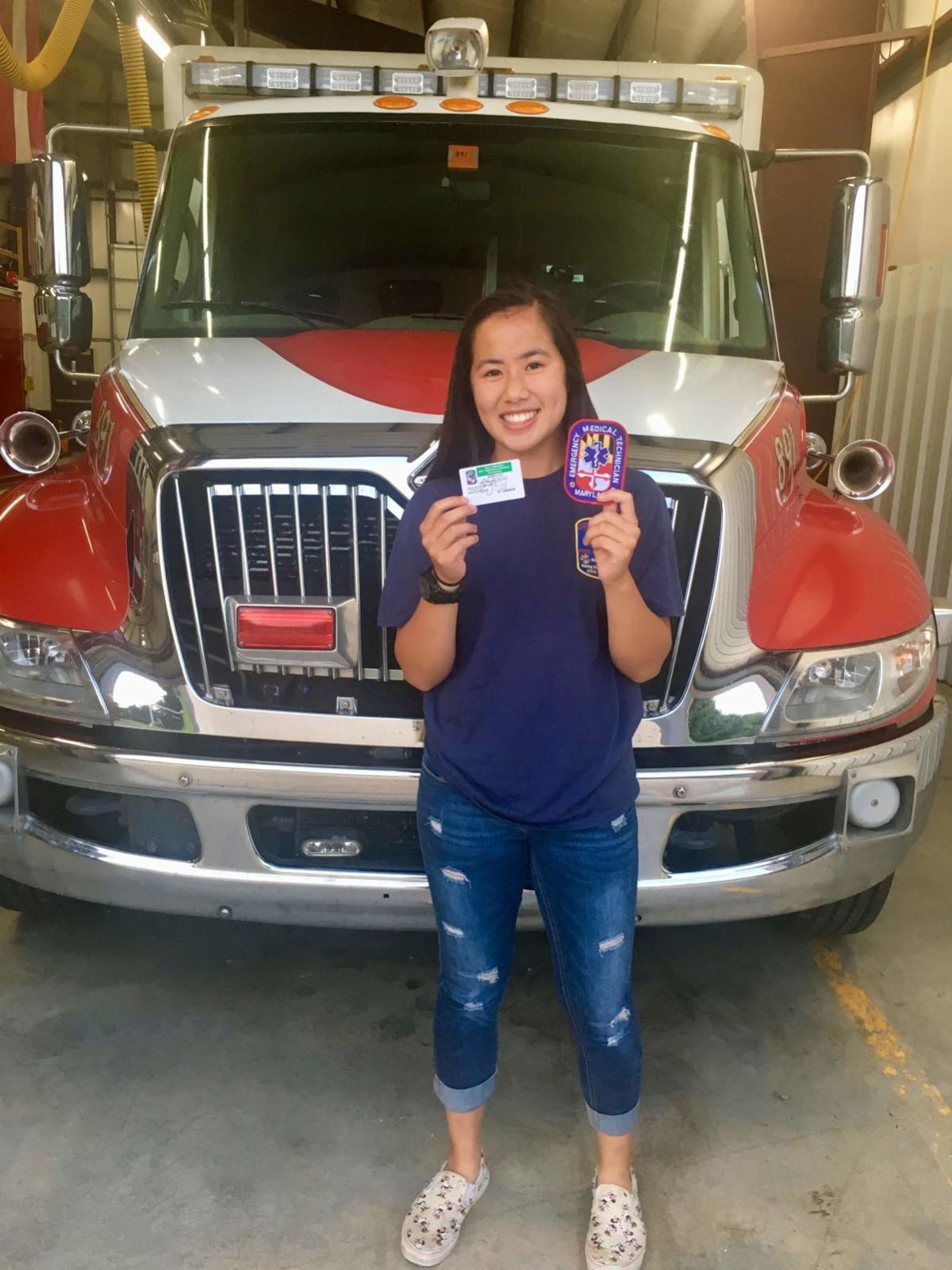 Emilie Marcinko earned her emergency medical technician certification through the Community Fire Company of Rising Sun in July. In the fall this Rising Sun High School senior will attend Salisbury University as a pre-med student. 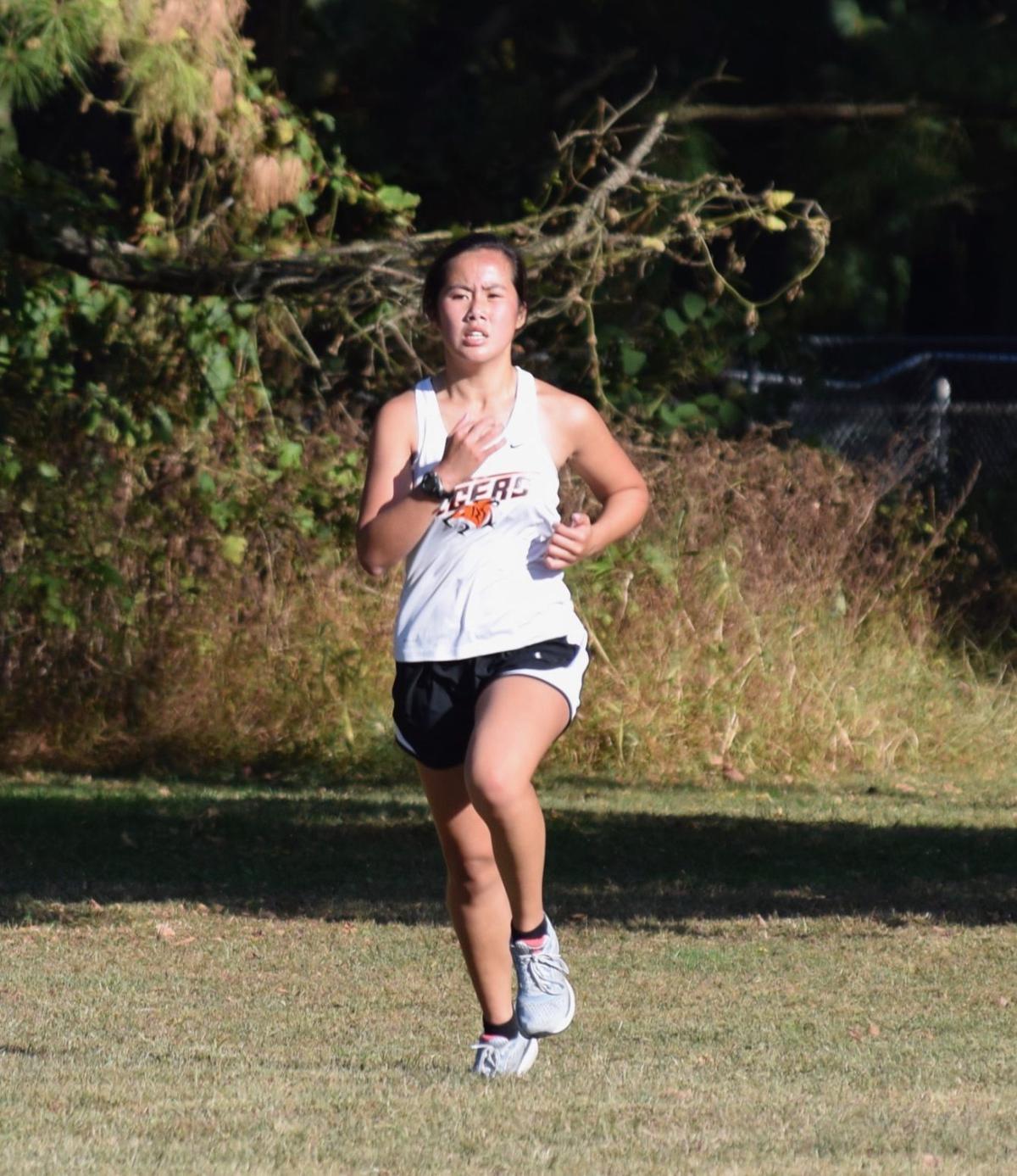 Emilie Marcinko is seen running in cross country for the Rising Sun Tigers last fall, months before a Dec. 28 crash would slow her down. 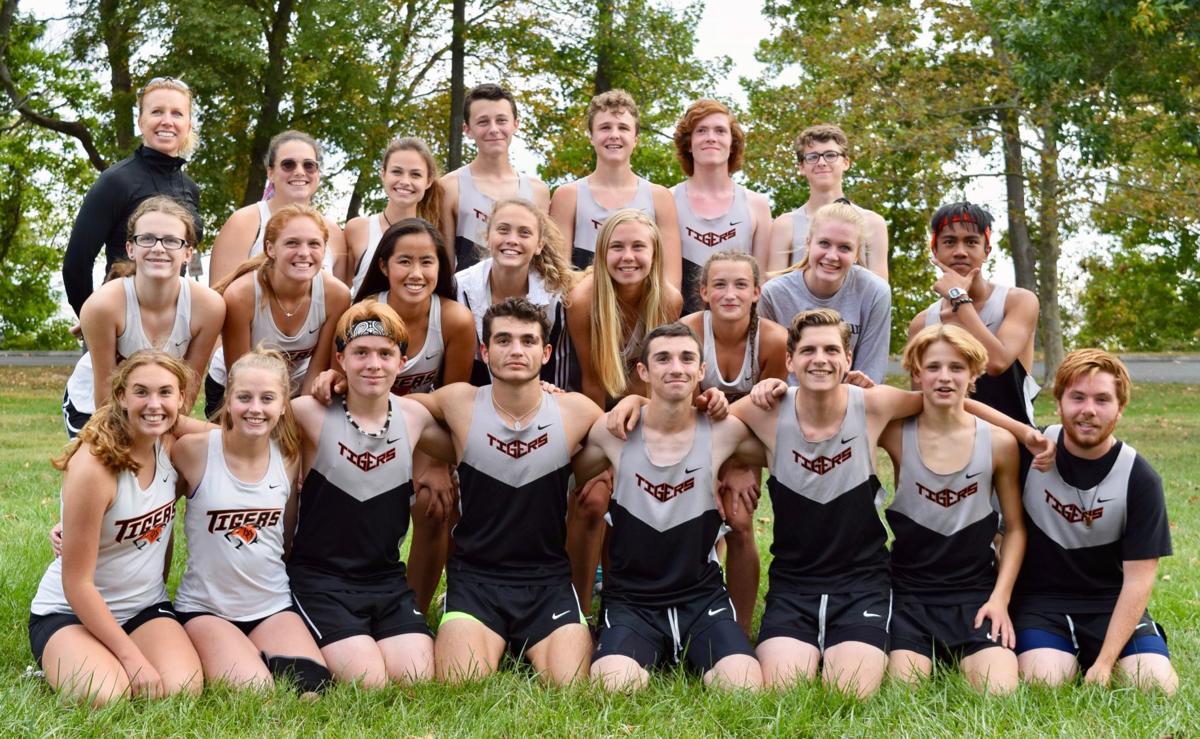 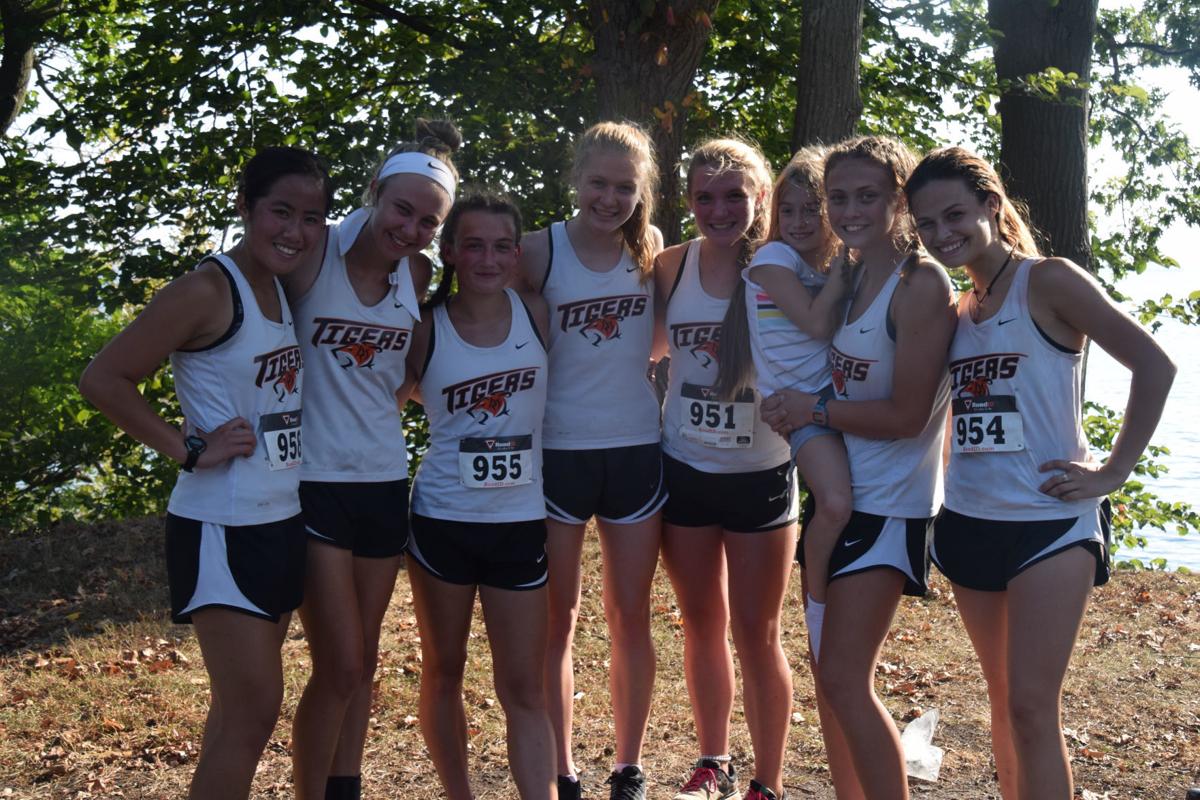 Emilie Marcinko earned her emergency medical technician certification through the Community Fire Company of Rising Sun in July. In the fall this Rising Sun High School senior will attend Salisbury University as a pre-med student.

Emilie Marcinko is seen running in cross country for the Rising Sun Tigers last fall, months before a Dec. 28 crash would slow her down.

RISING SUN — When she woke up from surgery Emilie Marcinko asked the nurses at University of Maryland Shock Trauma Center two questions.

The second question according to her mother, Nancy Marcinko, was, “When can I get out of here? I want to run.”

Emilie Marcinko was seriously injured in a vehicle collision Dec. 28, 2019 on her way to a shift as an emergency medical technician for the Community Fire Company of Rising Sun.

She spent 10 days in the trauma center, where she had major surgery and several weeks at A.I. duPont Children’s Hospital in Wilmington followed by therapy at home.

All the while she just wanted to run.

Marcinko started running competitively for the Tigers in her sophomore year. Her mom said Emilie started with cross country and was hooked.

Jill McKay became her coach this past fall.

“She gives 100% in everything she does,” McKay learned quickly. “Some kids would not take work outs seriously. She always did her best.”

McKay said when called on, Marcinko would jump in and lead the training events.

“She was consistent in being a good role model,” McKay said.

Winter track is an odd season, McKay said adding that practice was often in the front lobby of the high school when it was too cold to train outdoors. When other team members would stop showing up, she said Emilie was there every time.

“She was doing winter track but it got put on hold because of the accident,” Nancy said. “She was going to do track and field then coronavirus hit.”

Because the accident happened during winter break, McKay did not know what had happened right away.

“When she was at A.I. that’s when I found out,” McKay said. After talking to Nancy she visited Emilie. Even in the early days of recovery she saw that fighting spirit.

“Here was this girl who used to have hair down to her butt ... with her head shaved. I see her and I’m thinking she’s going to go from my #3 runner to never walking again,” McKay said.

The heart of a fighter

However she learned that Emilie was fierce in physical therapy, even enjoying her time on the treadmill.

With homeschooling the norm these days Marcinko has been running on her own in her neighborhood.

Recently McKay got a text from Emilie seeking advice.

“She said, “I’m up to an 8-mile run. What can I do to improve my strength?” the text read. “This was from someone who could not walk a few months ago.”

Emilie came back to school after the wreck, at first only 2-3 days per week.

“To see her walking the halls ... I was so impressed,” her coach said.

For the kids who were likely born the year of the Sept. 11 terrorist attacks to have their senior year interrupted by a pandemic has shown McKay that the Class of 2020 will be remembered for its resiliency.

“I wanted more than anything to see her walk across the stage and graduate,” McKay said. Traditional graduation is not in the cards for this class.

However she said these graduates should be proud just the same. “All these seniors have sacrificed for the good of other people,” she said of the lost proms, awards and celebrations. “In this crazy world we need people to inspire us. Emilie inspires me.”

An ‘inspiration to everyone’

Emilie is heading to Salisbury University in the fall. Taking her emergency medical technician skills she gained through her volunteer work with the Community Fire Company of Rising Sun, she will begin her education toward becoming a trauma surgeon. That was in her sights before the accident.

“She is majoring in biology, premedical, with a minor in hematology,” Nancy said of her daughter. “She’s a very determined person and always has been.”

McKay said Emilie was worried that the accident would hamper her efforts to get a college acceptance letter. She assured the young woman that would give her an edge.

“You have a life experience. What you’ve done is amazing,” she told Emilie, encouraging her to write about that in the admission essays. “This is leaps and bounds above grades.”

Marcinko became a certified EMT in July. McKay saw her put those skills to use when her son dislocated his knee in a basketball game and 911 was called.

“Emilie was the first one there,” she said, recalling that Marcinko came to her son’s aid calmly and stabilized the leg.

“When I talked to her about it later she said in training she was told that that was a skill she was required to learn, but would likely never use,” McKay said. “I told her I was glad my son’s dislocated knee could help you.”

It was for all these reasons she named Marcinko Most Valuable Player.

“She is a real fighter. She’s an inspiration to everyone,” she said. “Her drive and her dedication is what I admire most.”