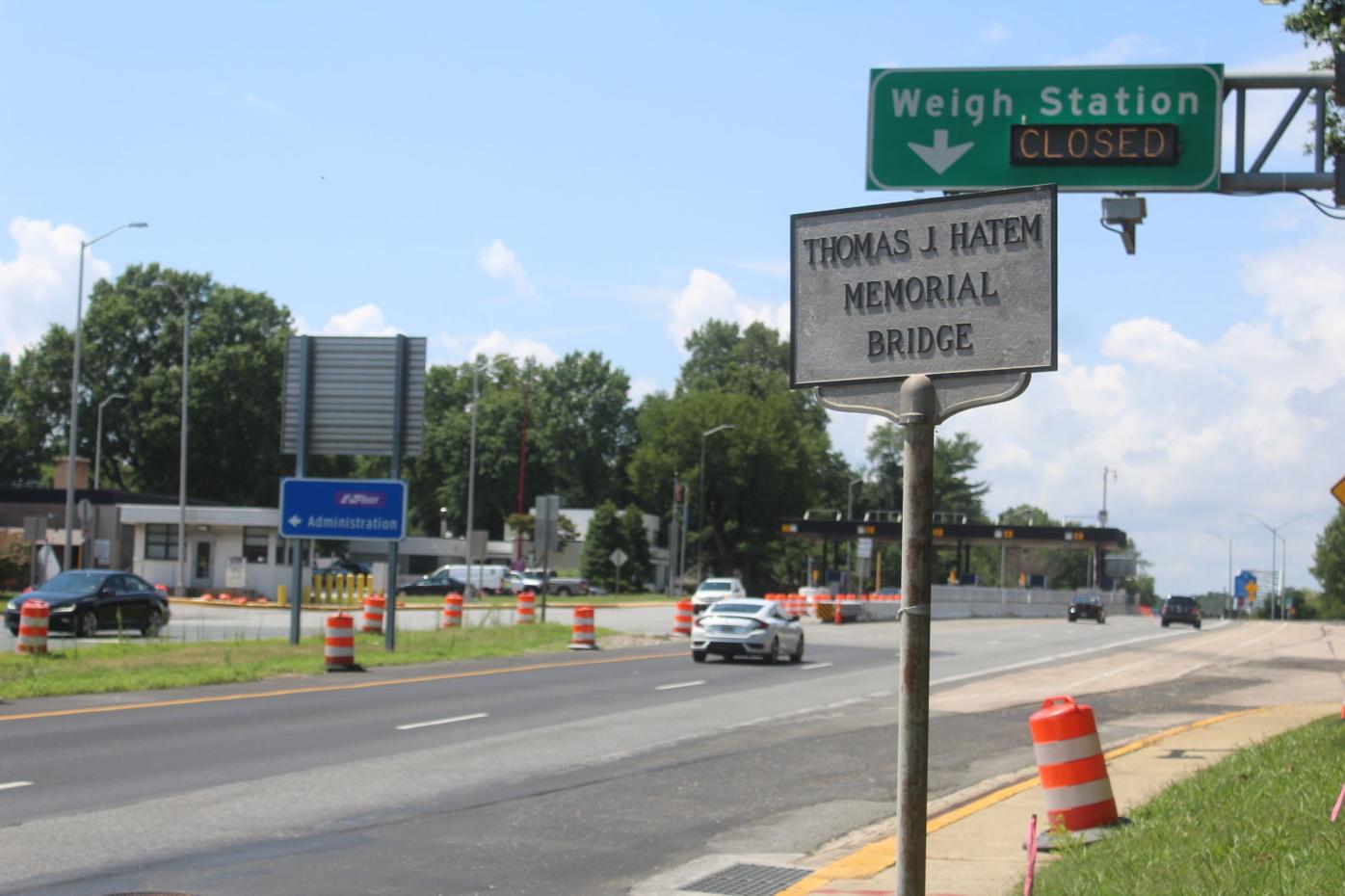 Work has begun to remove the toll booths at the Hatem Bridge plaza in Perryville. Allan Myers Construction won the contract with a $7.6 million bid. 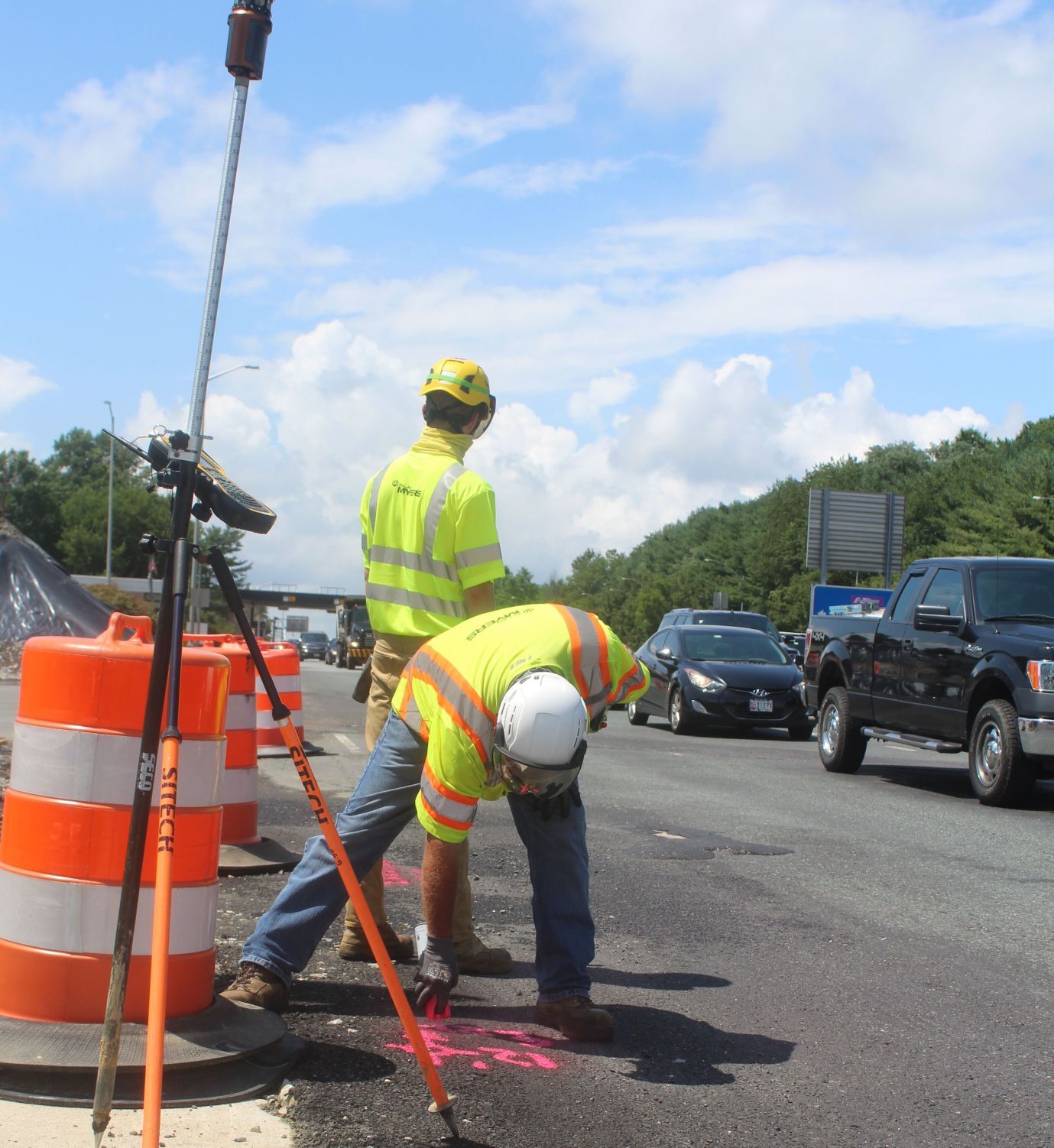 One Allan Myers Construction employee keeps his eye on traffic while another marks the pavement for utilities at the Hatem Bridge in Perryville. Work has begun to deconstruct the toll booths, which are no longer in use.

Work has begun to remove the toll booths at the Hatem Bridge plaza in Perryville. Allan Myers Construction won the contract with a $7.6 million bid.

One Allan Myers Construction employee keeps his eye on traffic while another marks the pavement for utilities at the Hatem Bridge in Perryville. Work has begun to deconstruct the toll booths, which are no longer in use.

PERRYVILLE — While cashless tolling became official at the Hatem Bridge on Route 40 in October 2019, at the start of the COVID-19 lockdown in March all toll facilities in Maryland had done the same as a safety measure.

Effective Thursday Gov. Larry Hogan announced tolls are now permanently to be collected via E-ZPass or video tolling at all MDTA toll facilities including the Tydings Bridge on Interstate 95 in Perryville.

“In addition to historic toll relief and record-breaking progress on critical infrastructure updates, permanent all-electronic tolling is the latest step we have taken to save motorists time and money,” Hogan said. “By combining innovation, safety, and savings, this truly is a win-win for the state government and for everyone who travels in our great state.”

“During the COVID-19 emergency, all-electronic tolling has been an operational success and has helped us protect our toll collection employees and the traveling public,” Ports said. “With this system now permanent, stopping to pay tolls in Maryland is a part of history.”

Deconstruction of the toll plaza at the Hatem Bridge has started. With that comes the closure of the customer service center on the Perryville side of Route 40 until next summer.

A crew from Allan Myers Construction was on site Friday taking measurements for stormwater management as part of the planning phase of the $7,637,767 project.

MDTA spokesman Colin Sweetin said every effort would be made to minimize traffic impacts during peak hours, with some work being conducted on weekends. When completed there will be no more toll plaza on the Perryville side of the bridge. All the equipment and housing will be removed and the road surface re-striped to direct traffic into the intersection of Route 40 and 222.

The current toll plaza arrangement was constructed in the late 1980s. It was reconfigured in October 1991 when the decision was made to move to one-way tolling.

Anyone still needing a free transponder for travel through all Maryland toll facilities, or the Hatem-only commuter plan can go to the E-ZPass office at 1 Turnpike Drive off Route 222 in Perryville. Sweetin said the transponder can also be obtained with the On-the-Go program at Weis Market, 943 Pulaski Highway in Havre de Grace. That’s a $25 package plan with the first $25 in tolls pre-paid. The transponder needs to be registered with E-ZPass within 7 days. However On-the-Go is not the for the Hatem-only plan, which is $20 per year for unlimited travel on the bridge over Route 40 from Perryville to Havre de Grace.